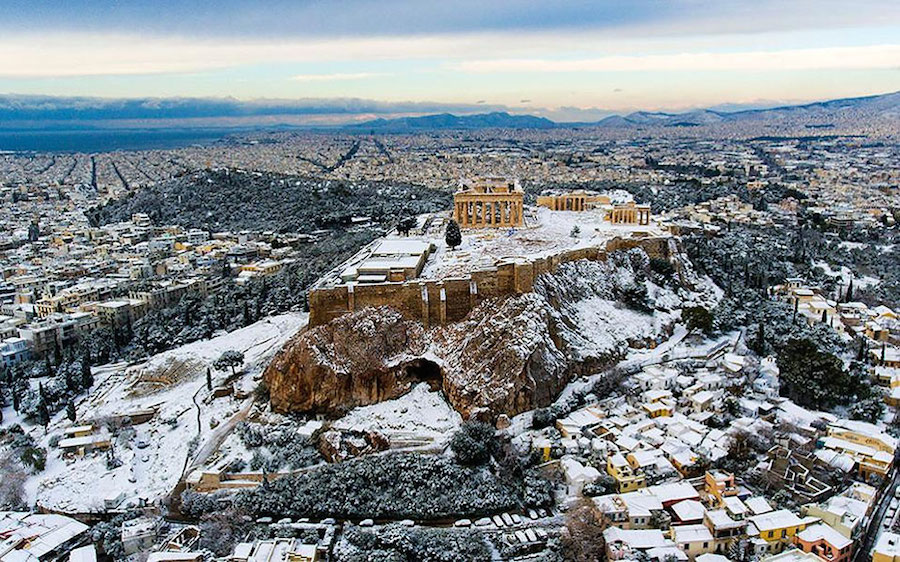 A Siberian cold front sweeping across Europe has caused freezing temperatures and snow in the most unusual of places. Such is the case with Athens, where the ancient Acropolis was coated in a powdery dusting of snow.

The sub-zero temperatures across Greece threw the country into a bit of a panic, with flights canceled and schools closing. And while the dipping temperatures are an inconvenience for some, there's no denying the breathtaking effect of seeing the Acropolis in this majestic setting.

Built high upon a rocky outcrop in the center of the city, its iconic architecture is only enhanced by the snow. The flakes add another layer and texture to the already complex space, creating a fairy tale scene. Scroll on for more images of this wonderland, as well as drone footage of the spectacular event.

The snow-covered Acropolis is a sight to behold. 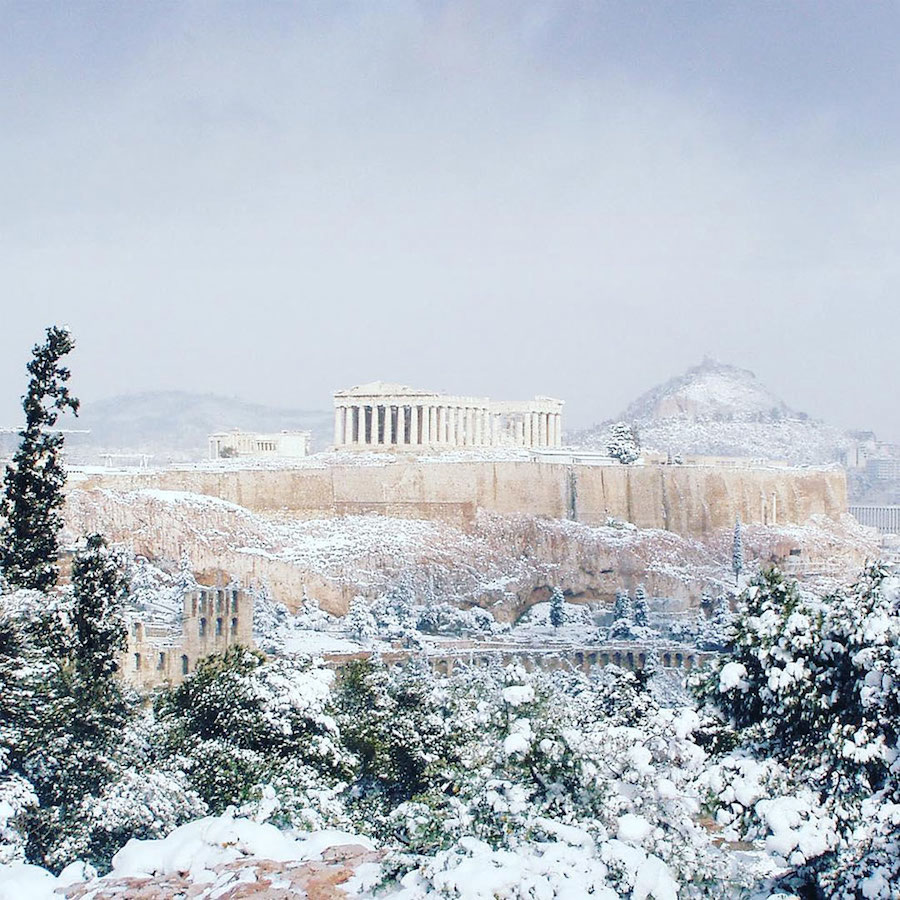 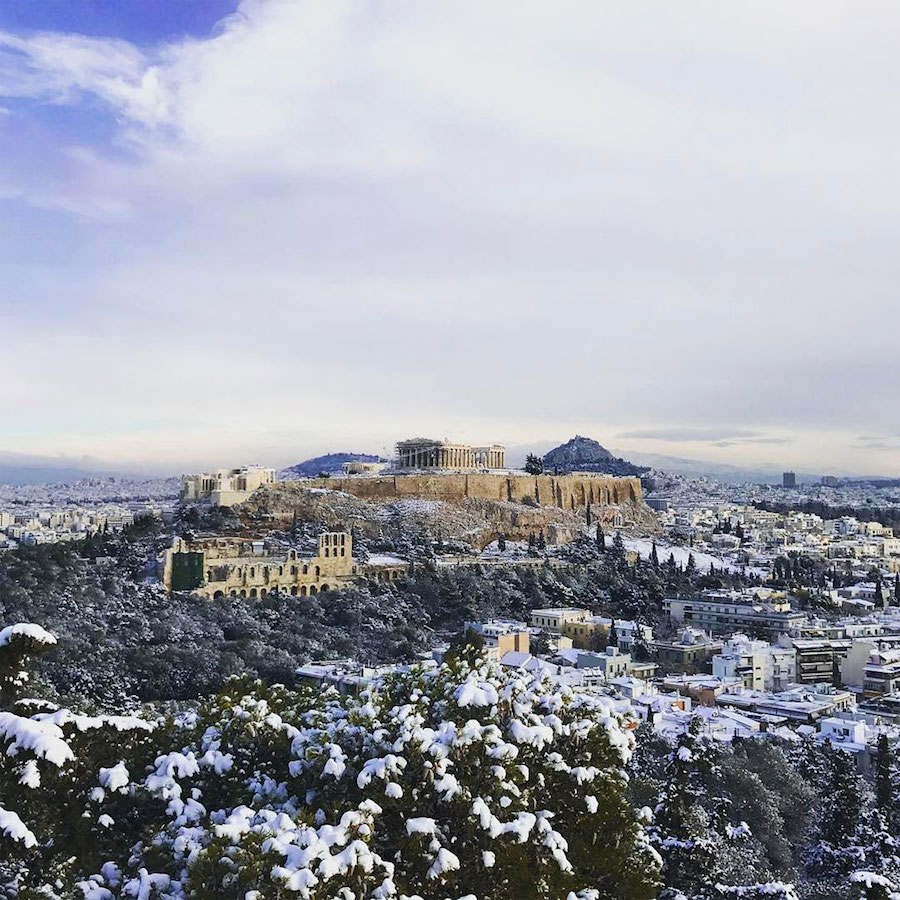 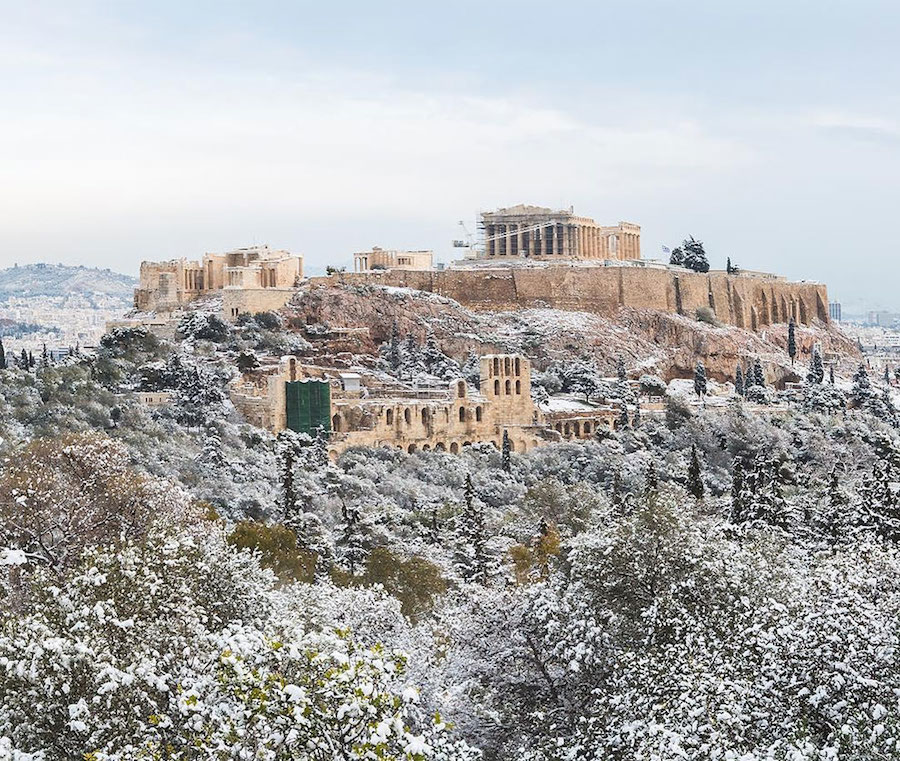 Isn't is magical? Share
Like My Modern Met on Facebook
Get Our Weekly Newsletter
Become a
My Modern Met Member
As a member, you'll join us in our effort to support the arts.
Become a Member
Explore member benefits