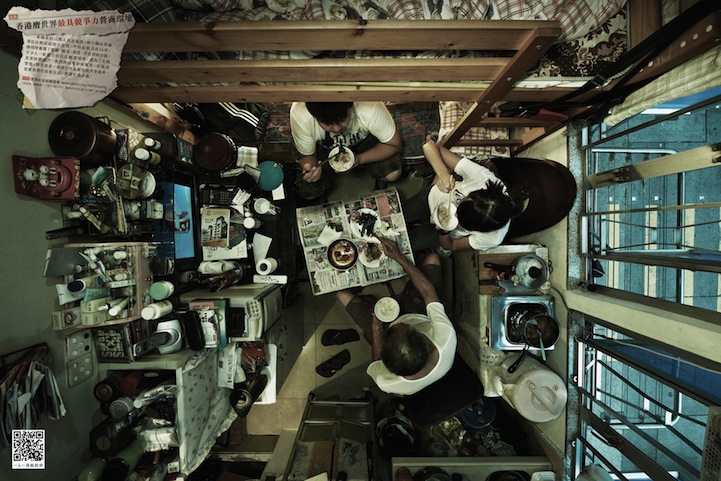 Many people who live in New York City might believe that they have a ‘small' apartment. But, after seeing this photo series of cramped apartments, you might reconsider. And that's exactly what the human rights organization Society for Community Organization (SoCo) was going for when they commissioned the project.

In the middle of 2012, Hong Kong was ranked as one of the world's most livable cities. But, the issue with these types of glamorous rankings is that, often times, a city's major problems are pushed aside. In an effort to raise awareness about the inadequate housing concerns in Hong Kong, and about the percentage of people who survive in extremely tiny living quarters, SoCo developed this photo campaign that features an aerial view of incredibly crowded apartments.

Often no bigger than a large cubicle, the apartments average about 40 square feet and are the result of dividing already small spaces into smaller, partitioned rentals. Each wide-angle photograph, shot from overhead, highlights individuals and families, along with their belongings, surviving in these very crammed and extreme conditions. 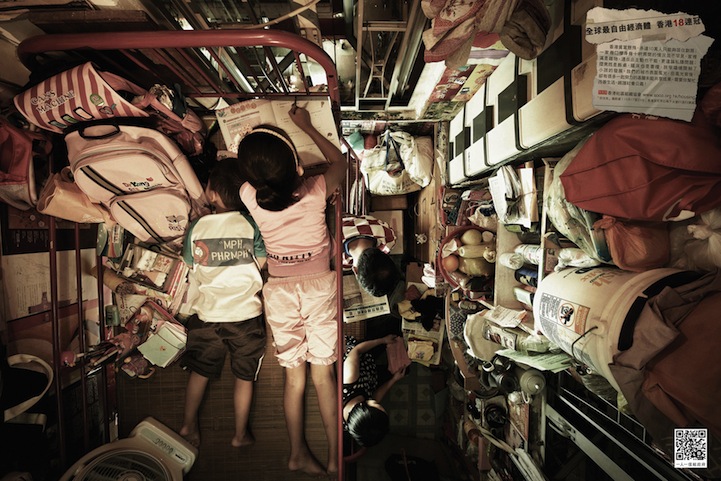 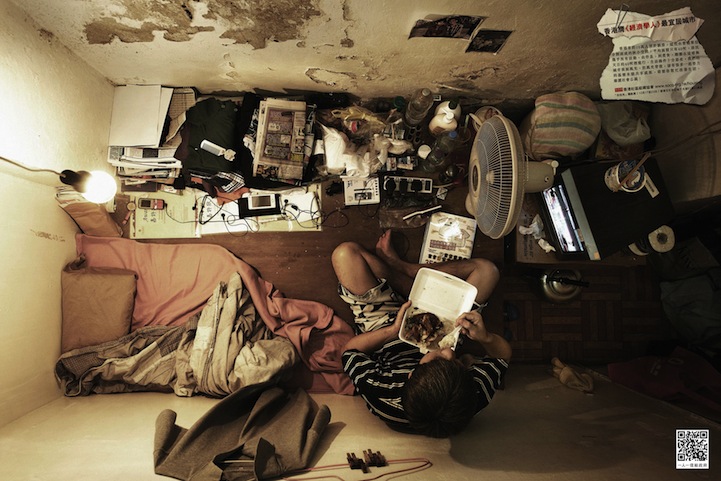 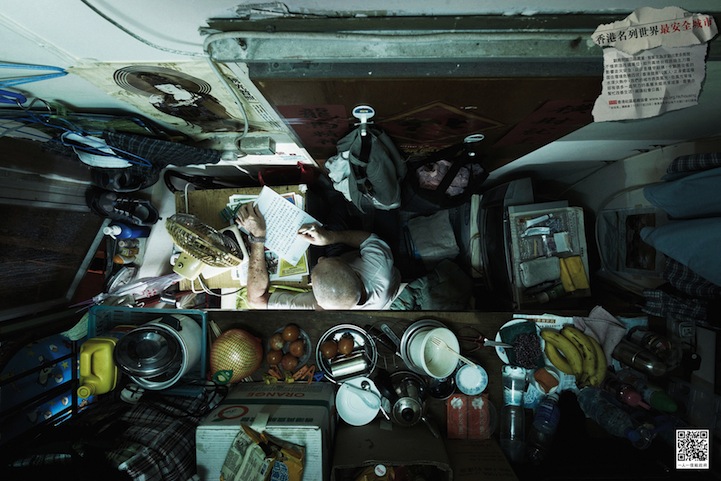 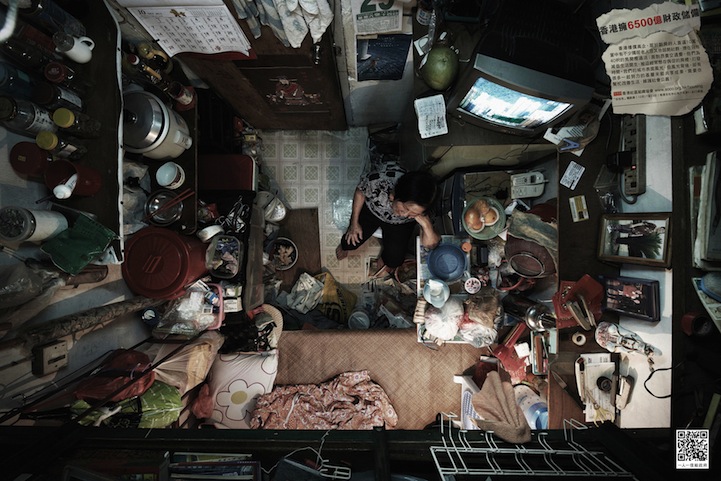