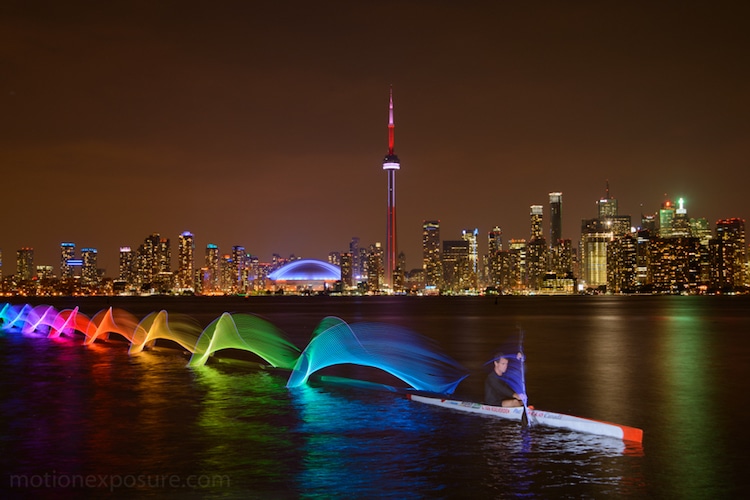 Ontario-based photographer Stephen Orlando continues to create spectacular studies of movement through light paintings. Using LED lights and slow shutter speeds, he has captured the energetic motion of music and the repeating gestures associated with aquatic travel. Now, he has expanded on the latter with a new series of water-related works.

Orlando’s new kaleidoscopic collection of photographs traces the movements of canoes, kayaks, and paddle boards with dazzling displays of light. To get each shot, Orlando attaches Technicolor LED lights to the paddles of the vessels. He then takes long exposure photographs of the rowers in motion, capturing the light’s path, revealing the paddle’s pattern, and resulting in a one-of-a-kind work of art.

While his new series is strikingly similar to his previous work, there are some subtle differences. Unlike his previous snaps, his new studies are not completely devoid of human presence; in some, the paddlers are even prominently featured. Additionally, his new photos exhibit a wider range of settings. With its array of backdrops—from mountains and forests to cityscapes and even land art—Orlando’s recent work directly reflects his aesthetic interests, which he sums up as a “focus on motions in nature and in urban landscapes, as well as human movement.”

You can see more of Orlando’s luminous work on Instagram. 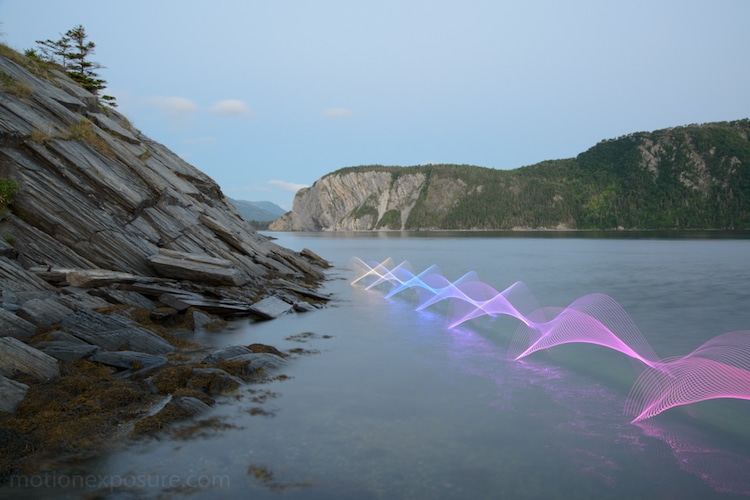 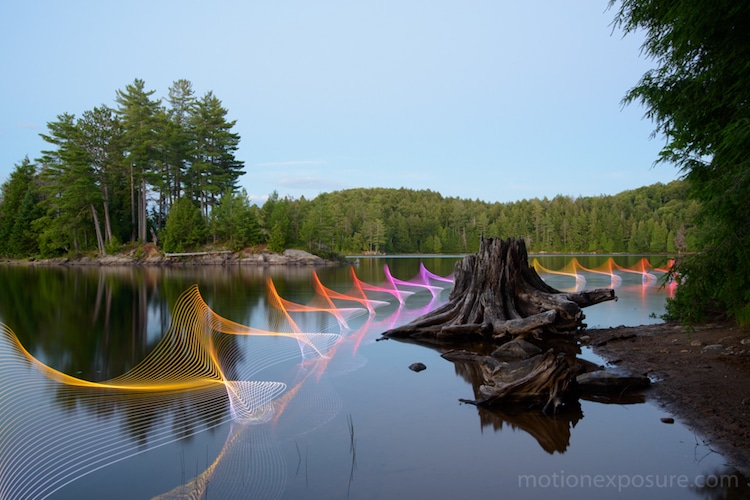 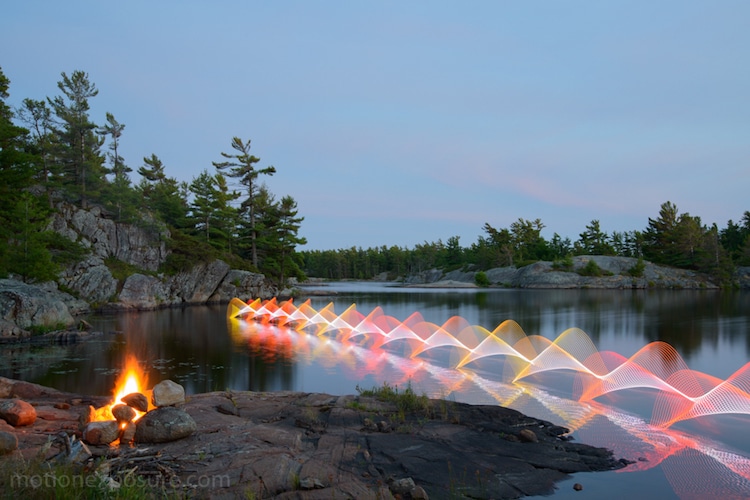 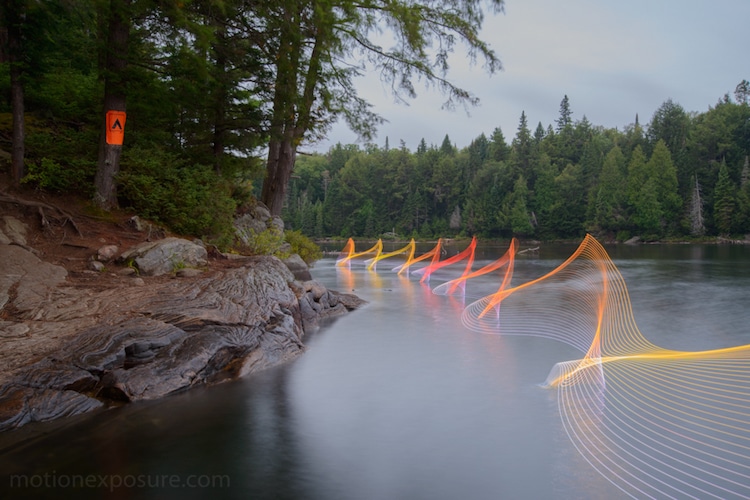 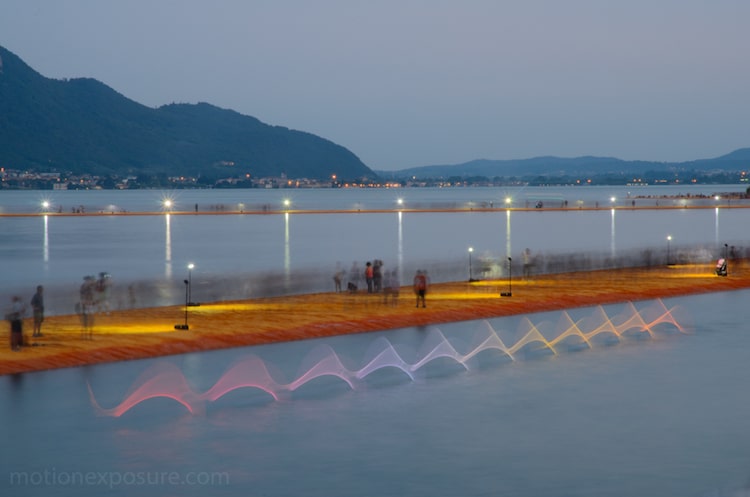 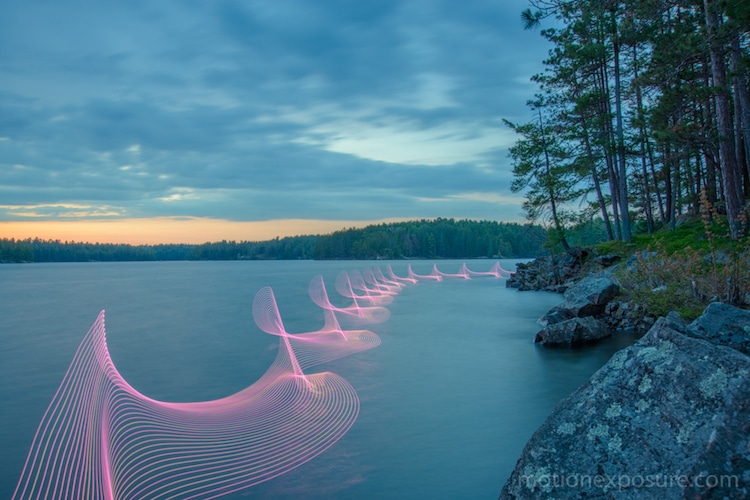 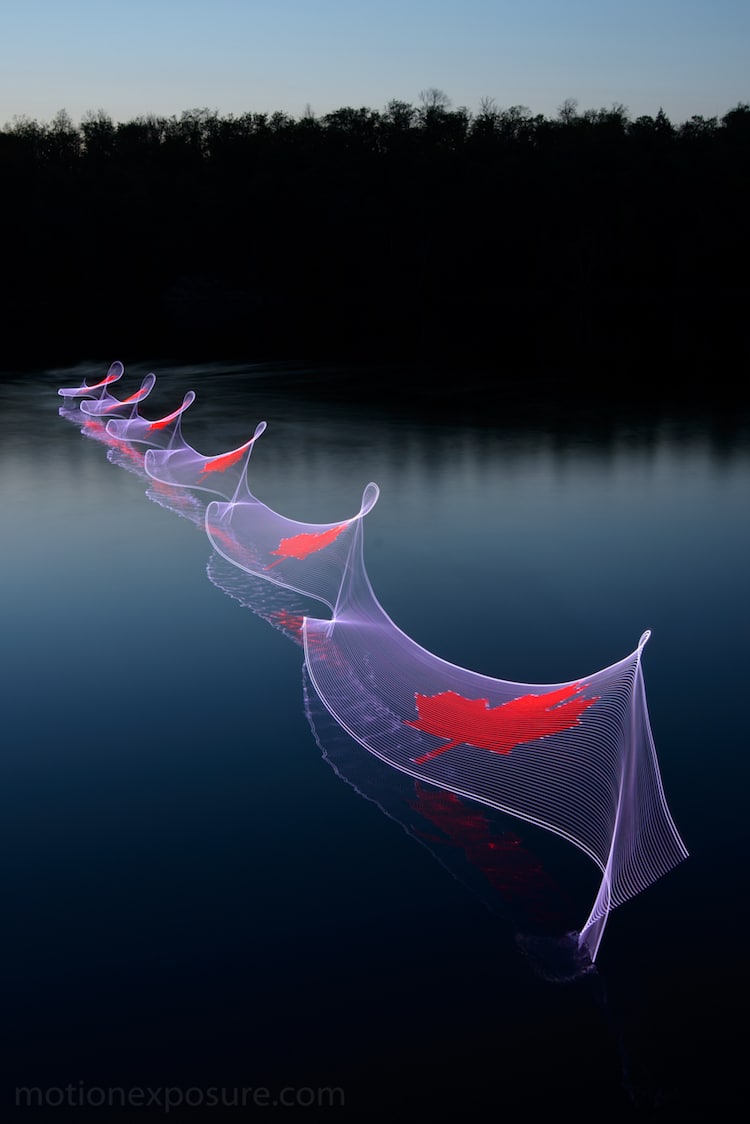 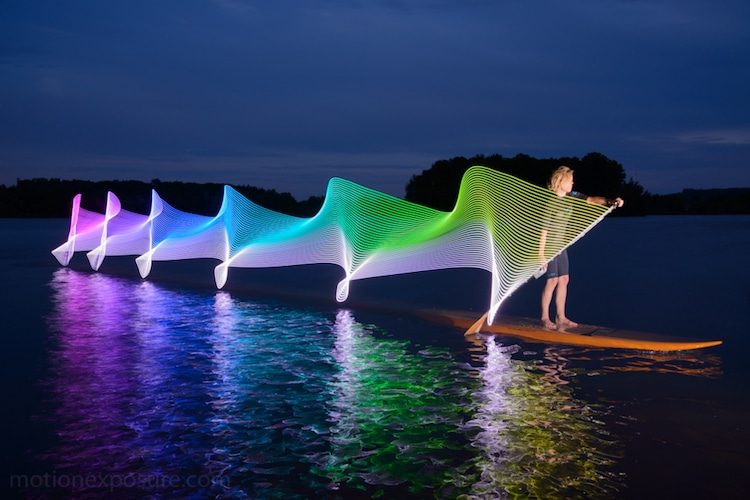 All images via Stephen Orlando.