Interview: Stunning Shots Simultaneously Capture the World Above and Below a Glacier 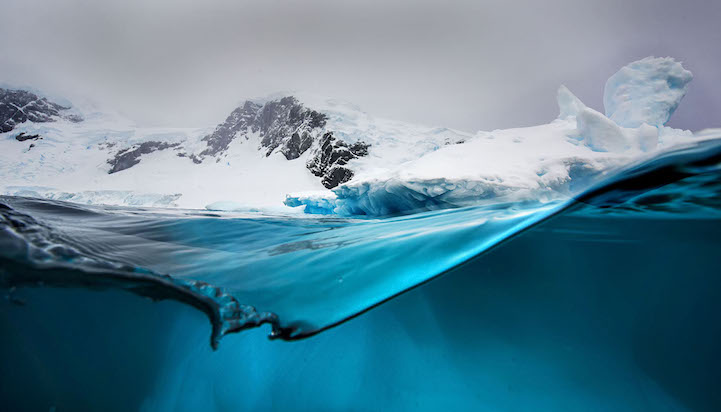 Photographer Steve Mandel recently ventured to Antarctica where he captured breathtaking images of glaciers. His frosty shots are a unique twist on landscape photography–instead of presenting one view of the icebergs, the California-based creative shot a split view in a single frame. Half of the picture shows the glacier above water, while the other part illustrates what lies beneath.

“This was my first [time] shooting above and below shots,” Mandel tells us in an email. “I was inspired by some images I had seen taken by a National Geographic photographer.” He's fascinated by the form, color, and physics of icebergs, and explains what makes them so special. “The top of the glacier is white because it is new snow, that over time, compresses. The beautiful blue color in the ice is older ice in which the air has been partially compressed out.” This delicate balance produces images that often have an otherworldly feel to them, and with this series, Mandel has captured moments frozen in time.

To document the icebergs in this way required a custom setup with many moving parts. He used underwater housing to protect his Canon 5D Mark III and attached it to the end of a seven-foot-long metal pole–it needed custom-machined brackets to sit at a certain angle and attach to a heavy-duty monopod head. Mandel also fashioned legs for his camera pole so that it could rest on the side of the small boat he was in. Since the shutter was now many feet away from him, he had to figure out how to snap the images. To do this, he used a remote shutter app that was paired with an iPad Mini, which was then strapped to his wrist like an oversized watch.

Now that Mandel has this setup perfected, he is planning on returning to the Antarctic for future images. “I hope to capture some of the wildlife in addition to the icebergs,” he says.

We had the chance to ask Mandel a few more questions about his stunning series. Check out that exclusive interview, below. 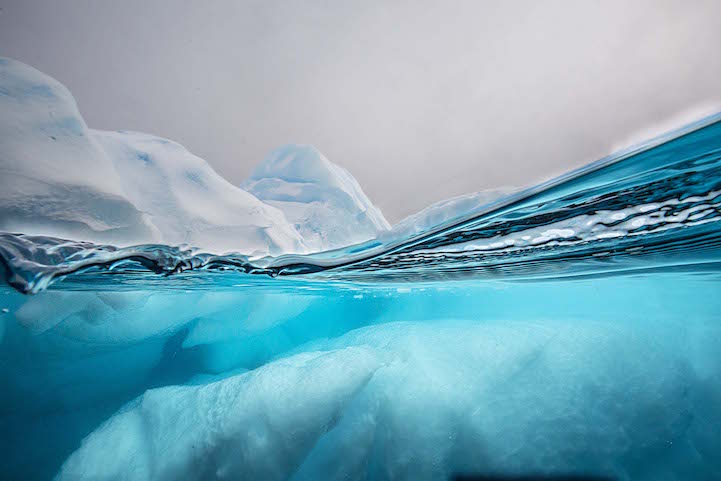 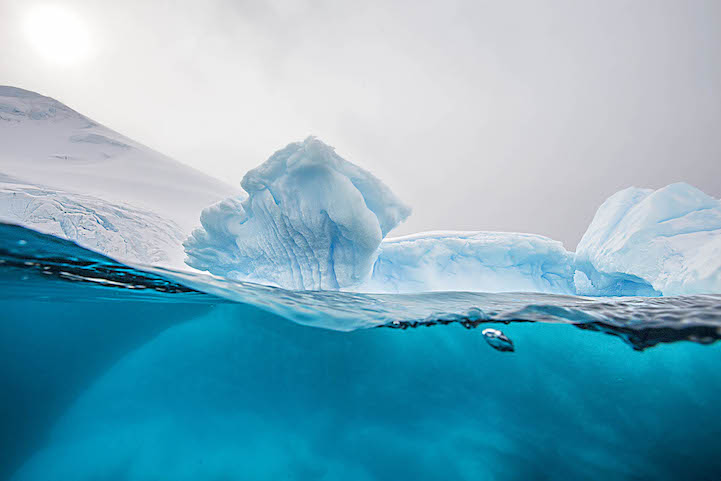 What was the most challenging part of taking these photographs? The most memorable?

The most challenging part of taking these photos was the weather. In order to take them we had to have good weather both above the water and in the water–all the conditions had to be just right. During three weeks of travel there was only one two-hour opportunity to take these images. Being on the water next to the small icebergs was a like a dream. 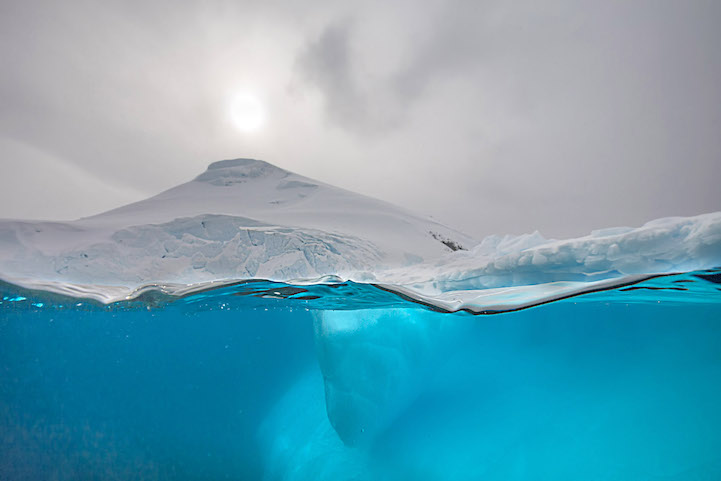 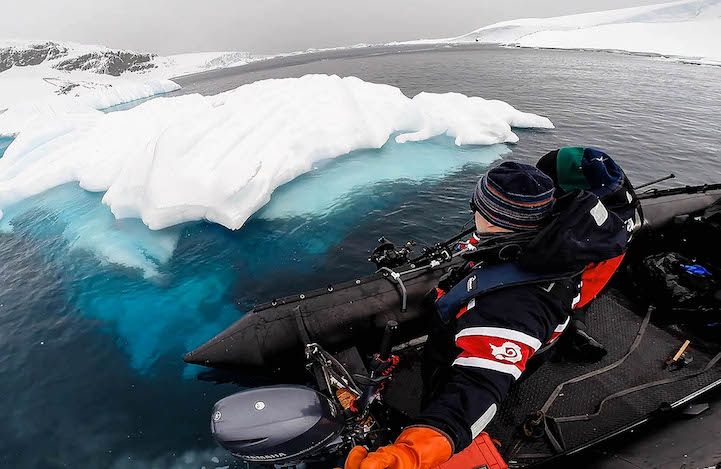 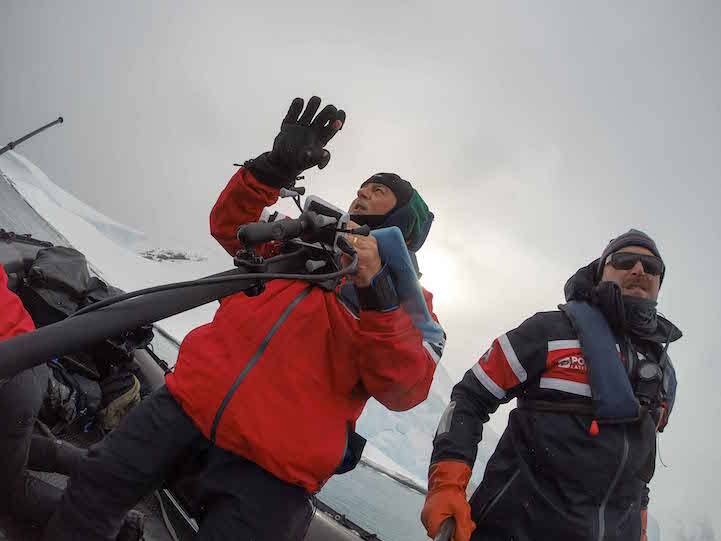 Your camera setup for this project was impressive. What's it like working with this unconventional setup?

The camera setup was complicated but it worked flawlessly. I practiced with it in the Monterey Bay, in California, before the trip. The only other way to get photos like this is to be in a very warm drysuit (used for cold water diving). Diving was not an option on this trip so I had to use this device. And, the thought of getting into that water did not excite me! 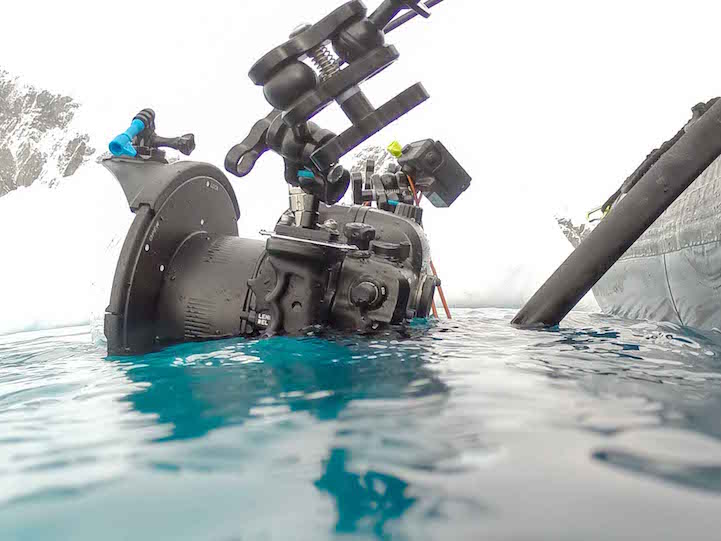 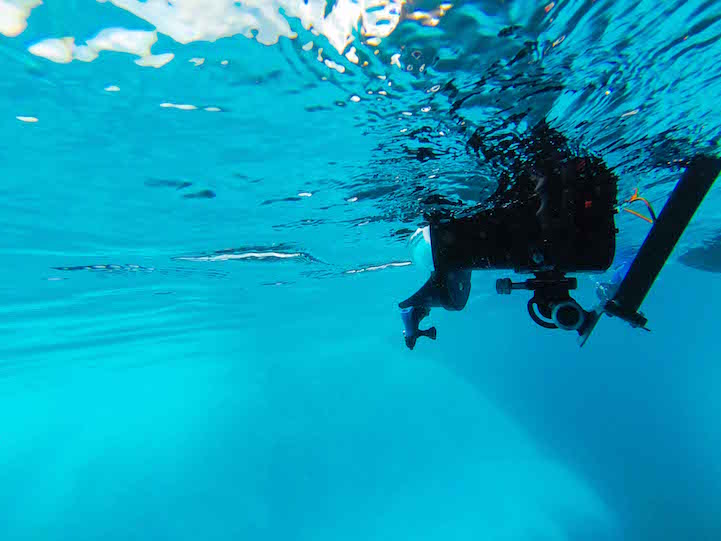 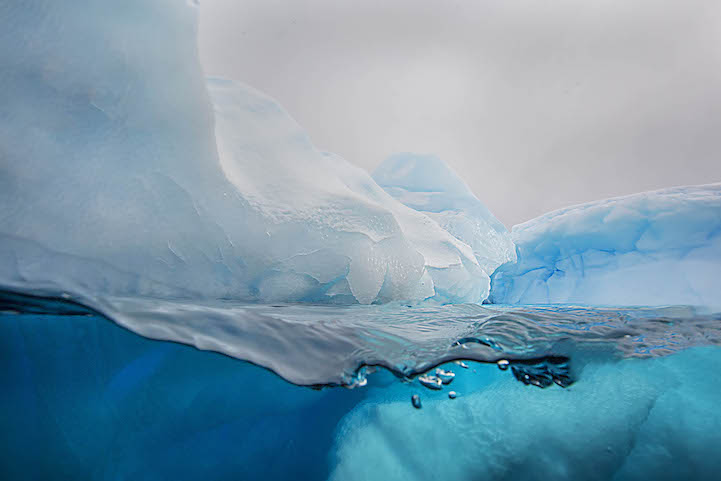 What do you hope the viewer takes away from these powerful images? Is there a particular message you wish to illuminate for them?

What I hope the viewer of these images takes away is this: notice how clear the water is because humans have not polluted the Antarctic Ocean as much as they have other parts of the world. However, the Antarctic is being affected by rapid, human-induced climate change and we are in jeopardy of losing one of the last pristine places on earth. We have to do everything we can to slow this process. The Paris Accords were a good beginning but we have so much work to do if we are going to protect this planet. 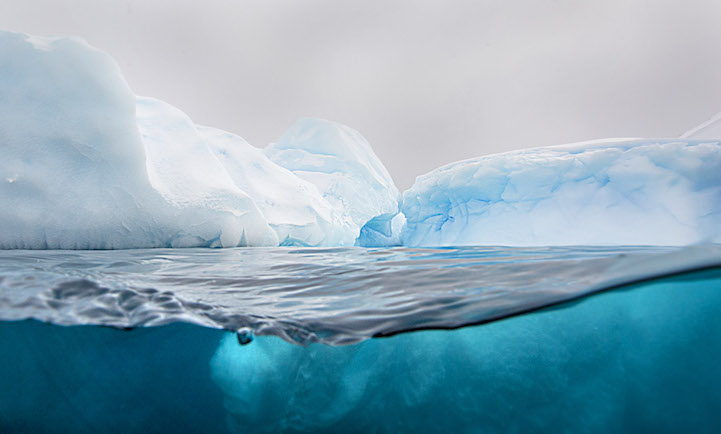 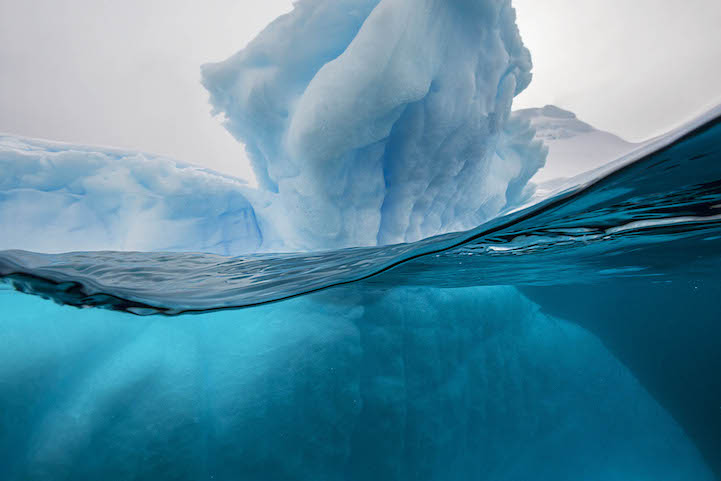 All images copyright Steve Mandel unless otherwise noted.
My Modern Met granted permission to use photos by Steve Mandel.