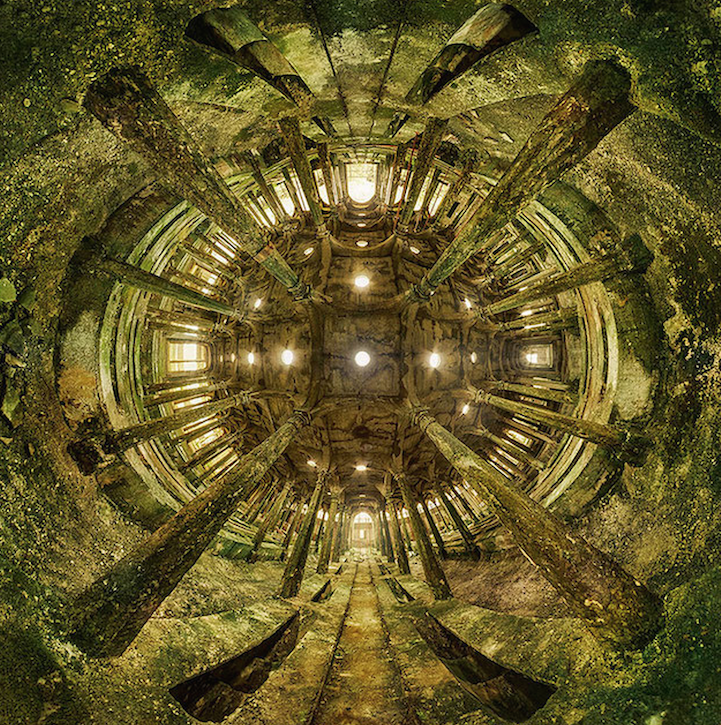 German photographer Sven Fennema captures his architectural subjects in a full 360 degrees. He travels to abandoned places in Europe like churches, cemeteries, and even cooling towers to show all sides and angles of them. Sometimes, these locations are well kept, while other times we see that they’ve fallen into disrepair.

Fennema’s photos of these structures are often of a view that’s looking up towards the ceiling. There’s a central point with architectural features radiating from it that creates a kaleidoscopic effect. As a result, we see beautiful, complex designs with interesting lines, textures, and glimmers of light; you might not necessarily know that these are buildings upon first glance.

To produce these wide-ranging shots, the photographer first takes several images of the full peripheral perspective of a room and then assembles the individual images using an aggregator. This creates a single picture that covers 360 degrees horizontally and 180 degrees vertically. Fennema’s website also has an interactive feature where you can click through the desolate spaces (similar to Google Maps Street View) and take a virtual tour around each room.

Above: Cemetery in Northern Italy 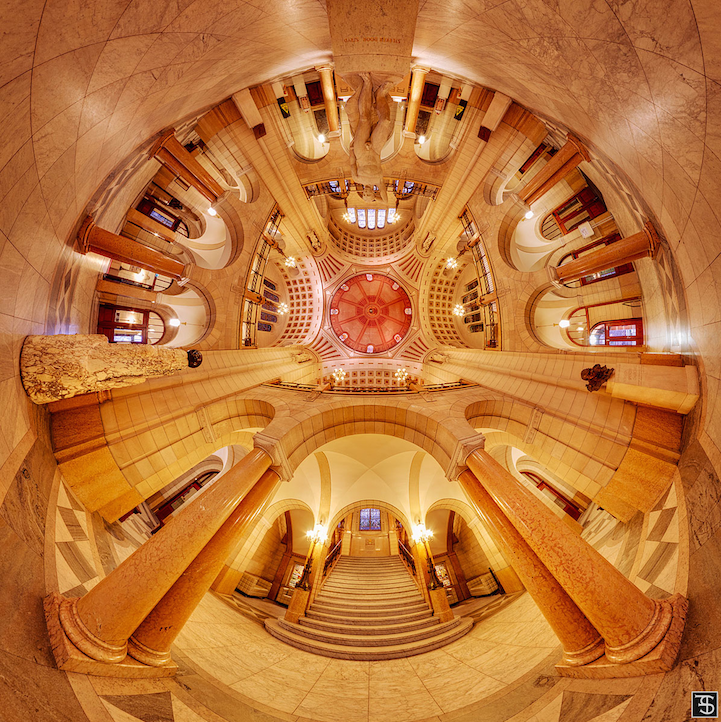 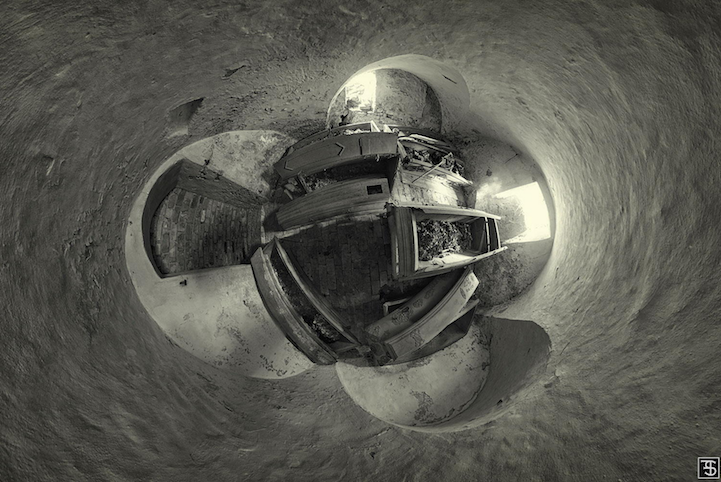 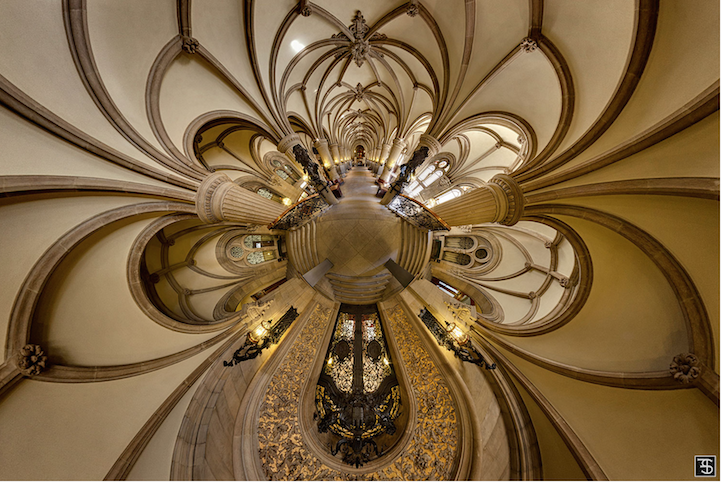 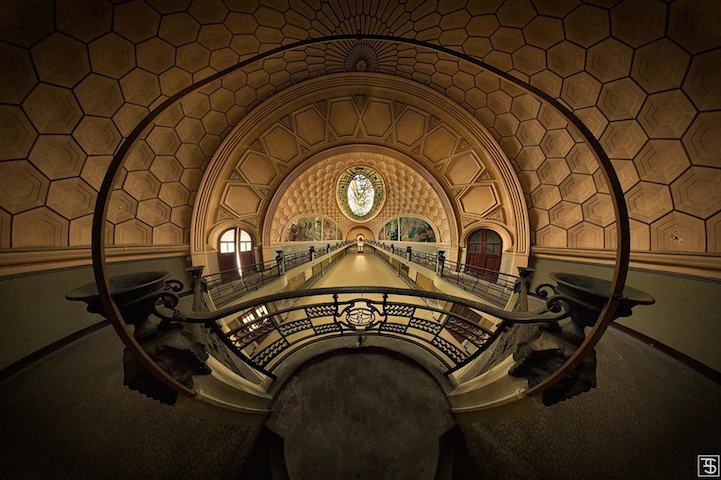 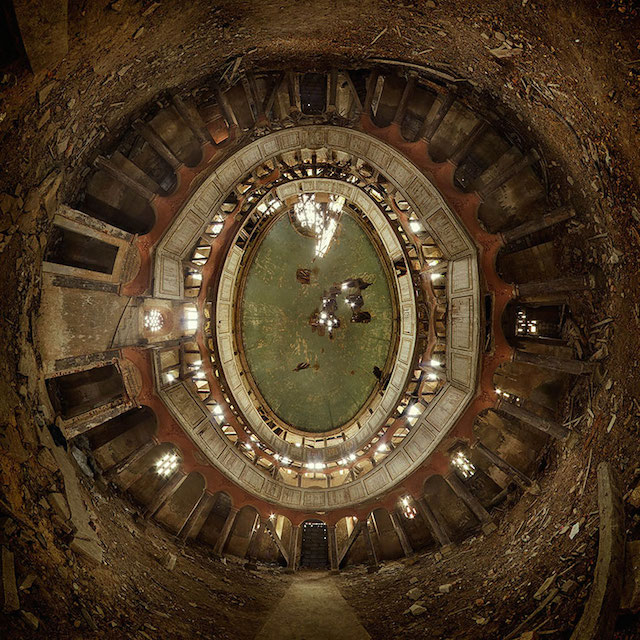 Abandoned Chapel in a Protestant Church in Poland 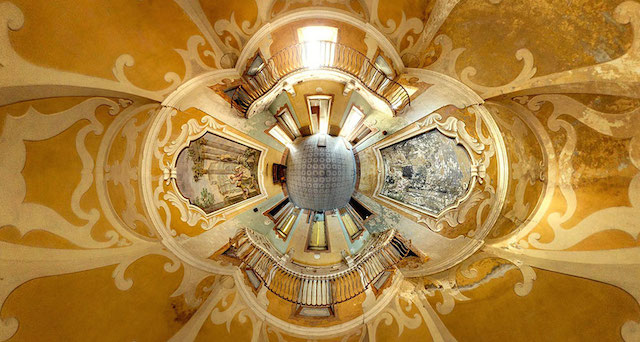 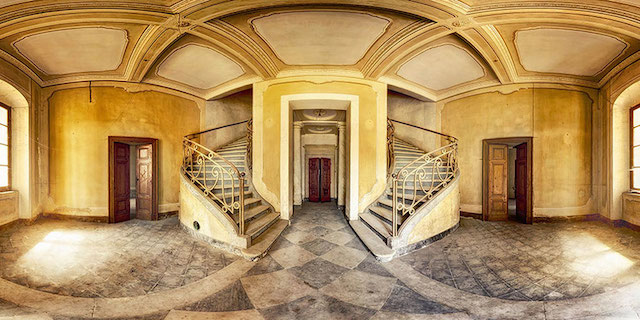 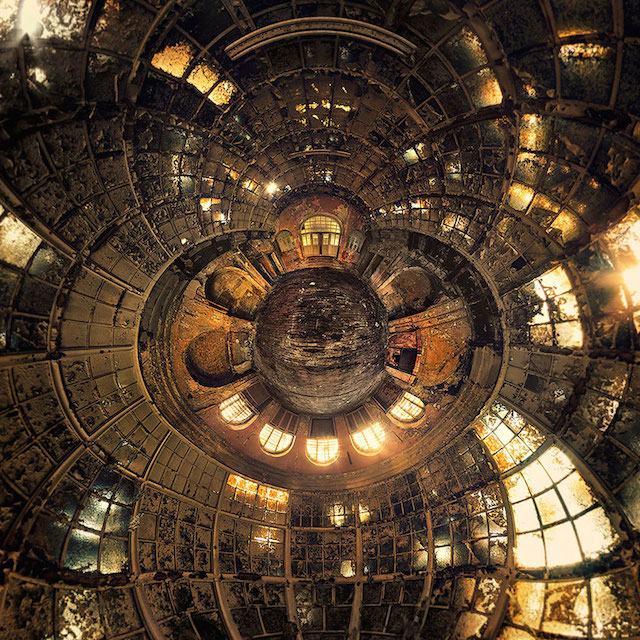 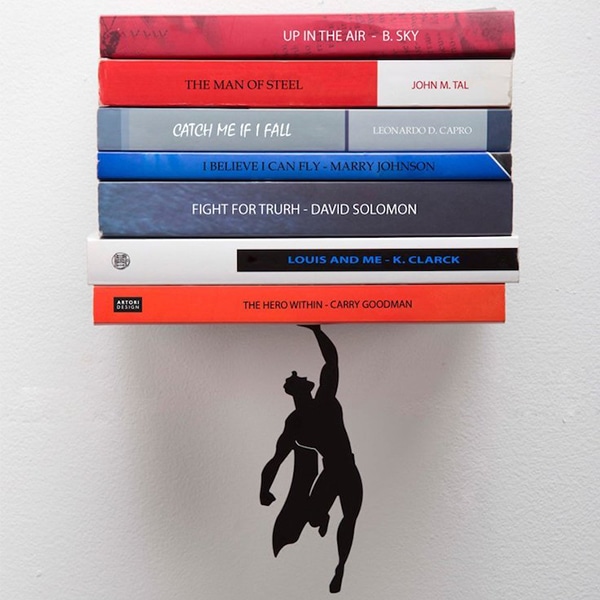