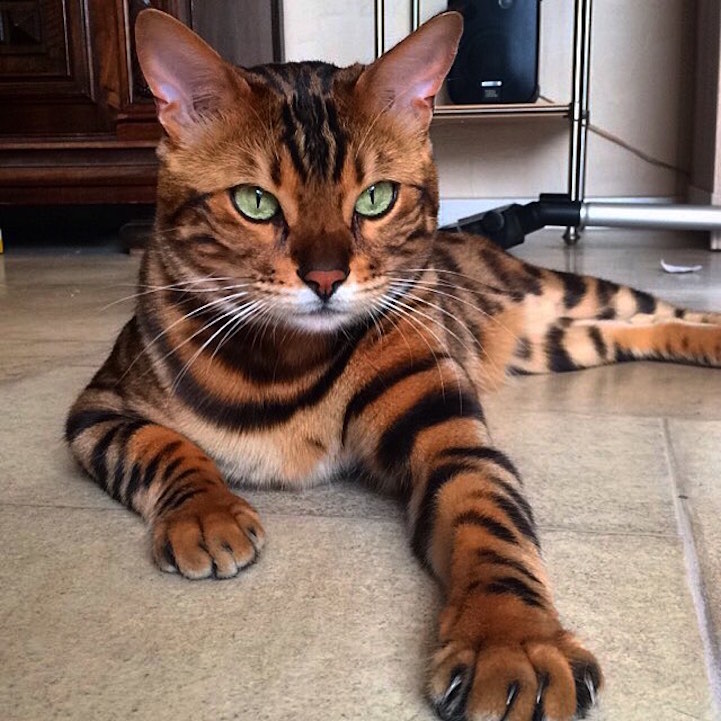 Having the same name as Thor, the hammer-wielding Norse god, is a lot to live up to, but a Bengal cat with an identical moniker does it justice. The four-legged Thor has a commanding presence with soulful green eyes and a majestic coat that looks too perfect to be real. But, Thor’s coloring is all natural—Bengals are known for their jungle-cat appearance, and Thor has a series of wild markings that include leopard spots and tiger stripes.

Thor’s increasingly popular Instagram gives us a glimpse into his personality. Although he often dons a serious expression and menacing prowl, Thor is not afraid to let loose and show off his gloriously-spotted belly. Still, he calls for the utmost attention in his home. “I definitely feel like his servant!” Thor’s human, Rani Cucicov, told Bored Panda. “Whenever he opens his mouth, we are ready to serve him, but I gotta admit that we get lots of love in place for it!” 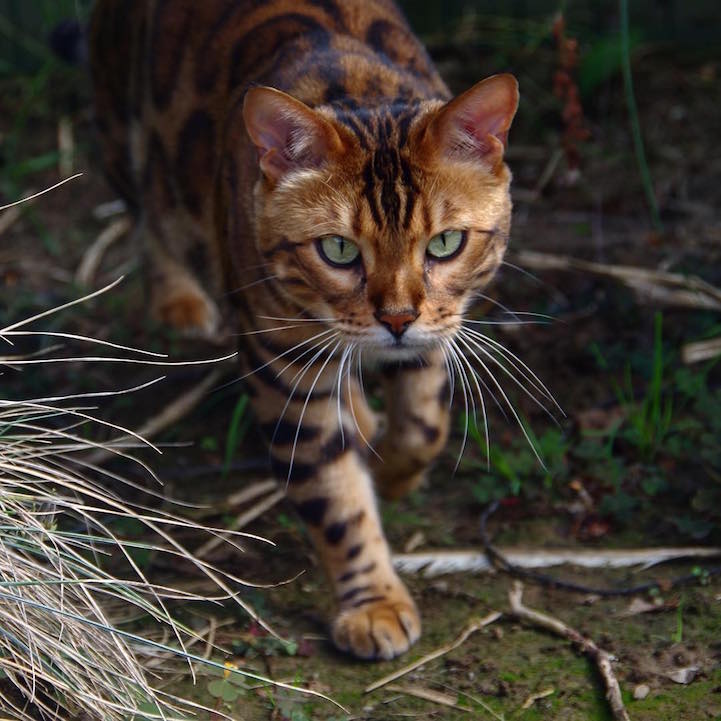 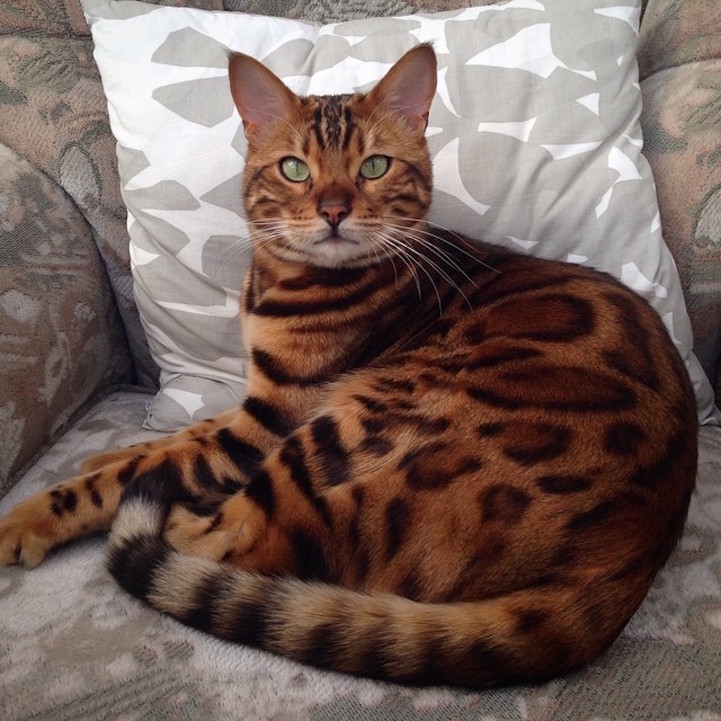 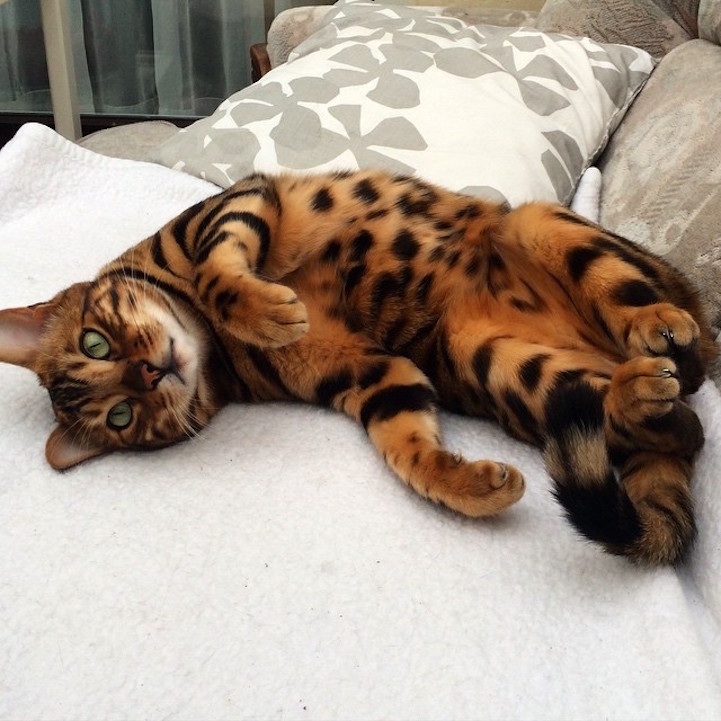 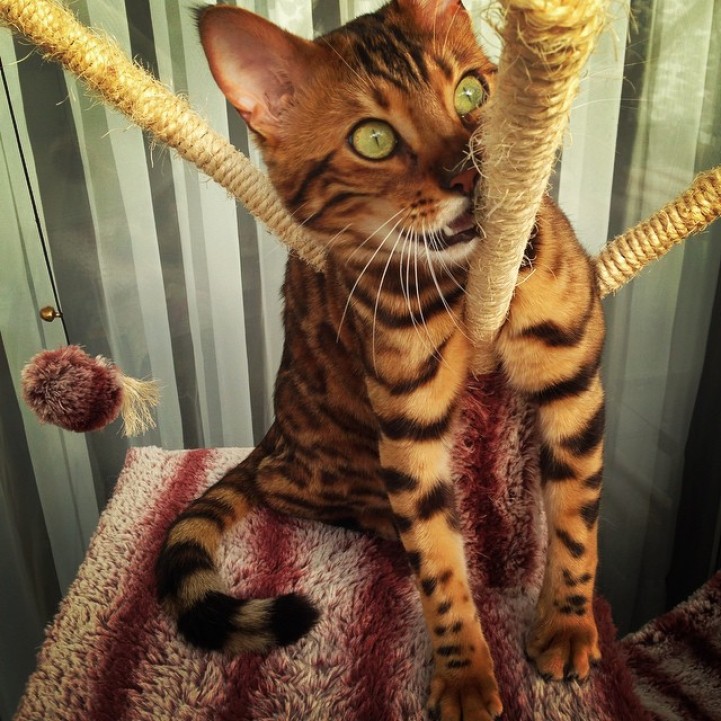 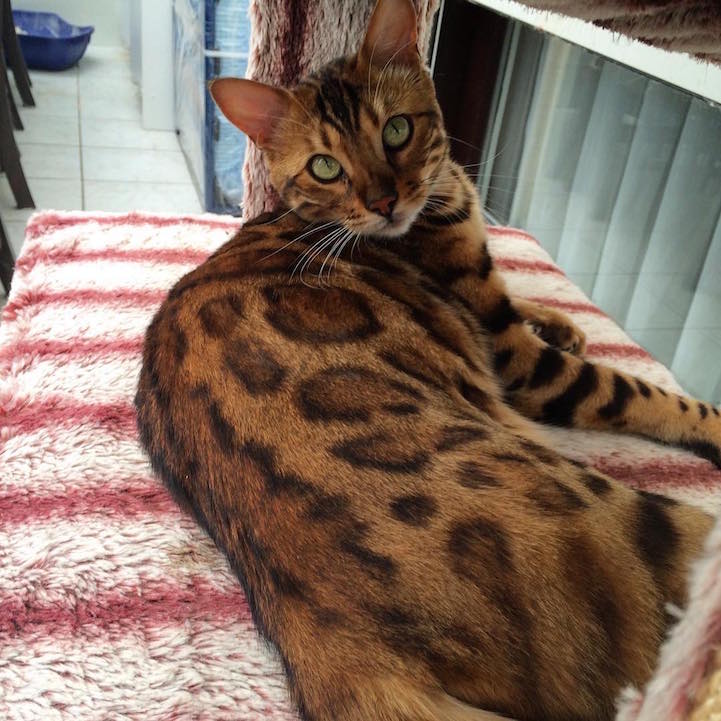 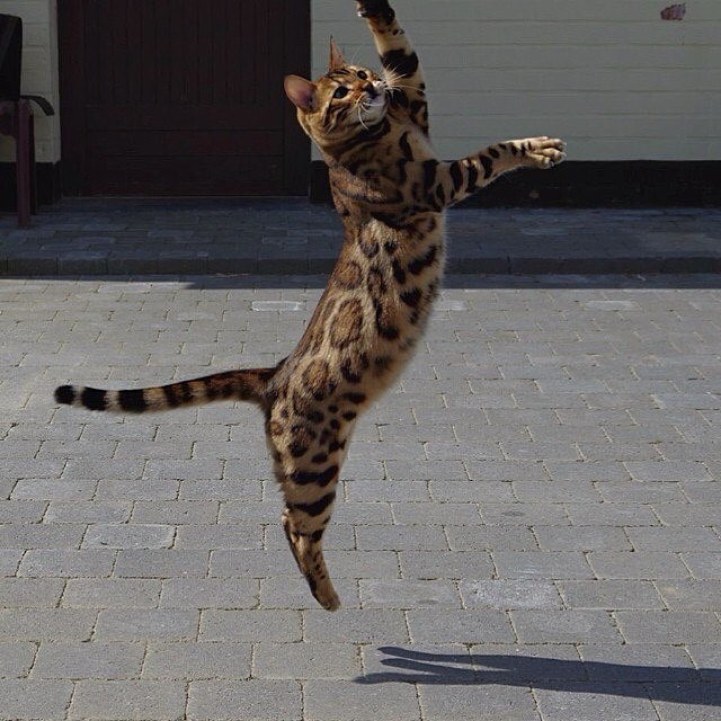 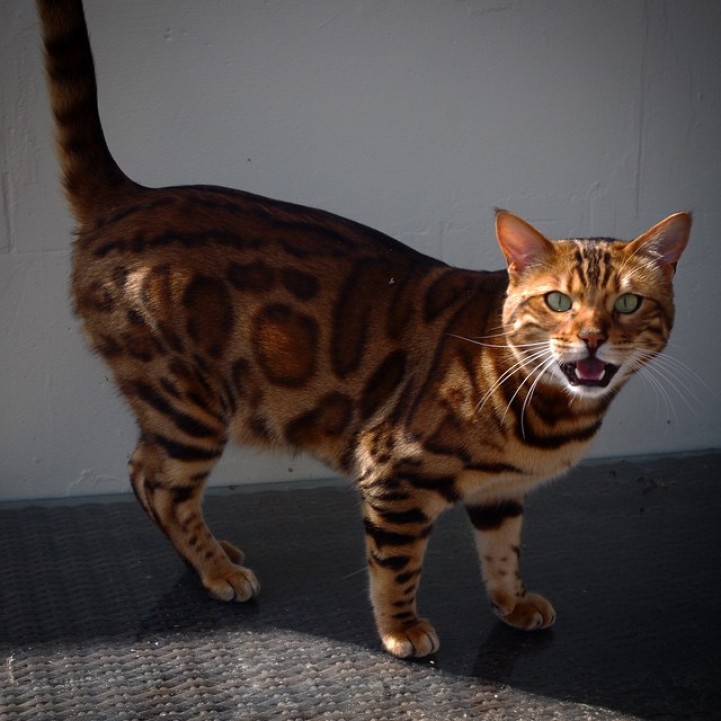 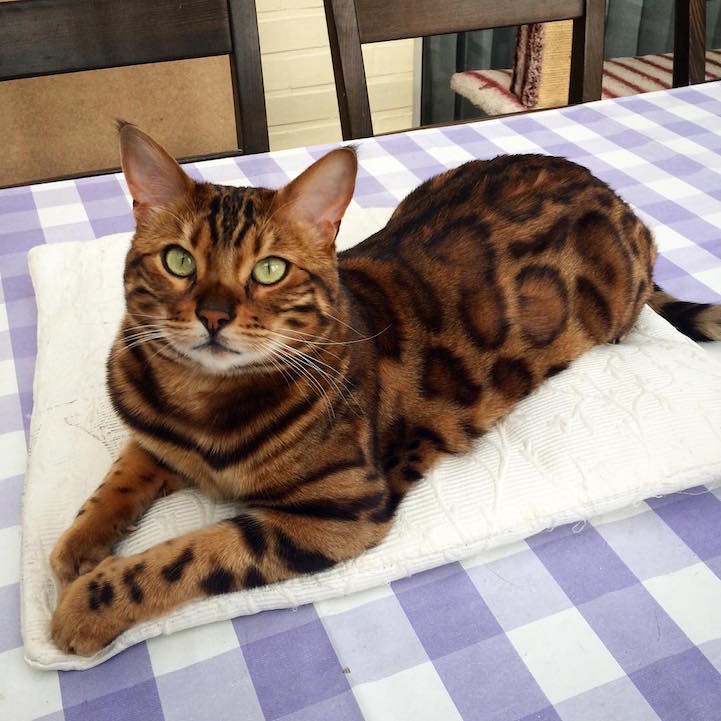 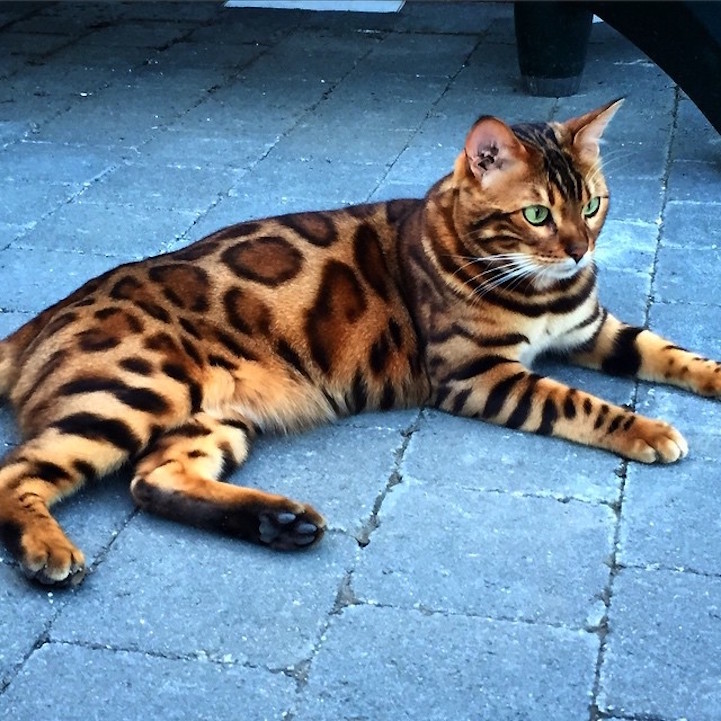 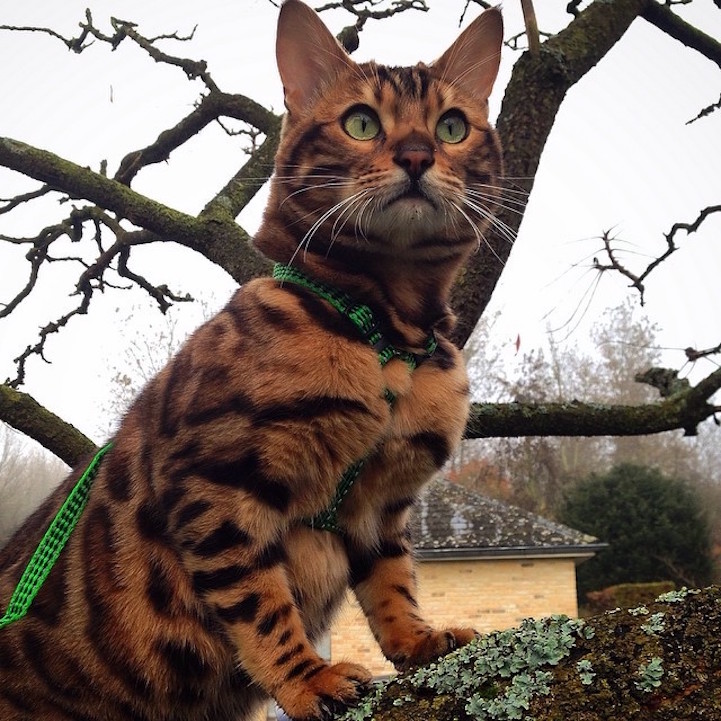