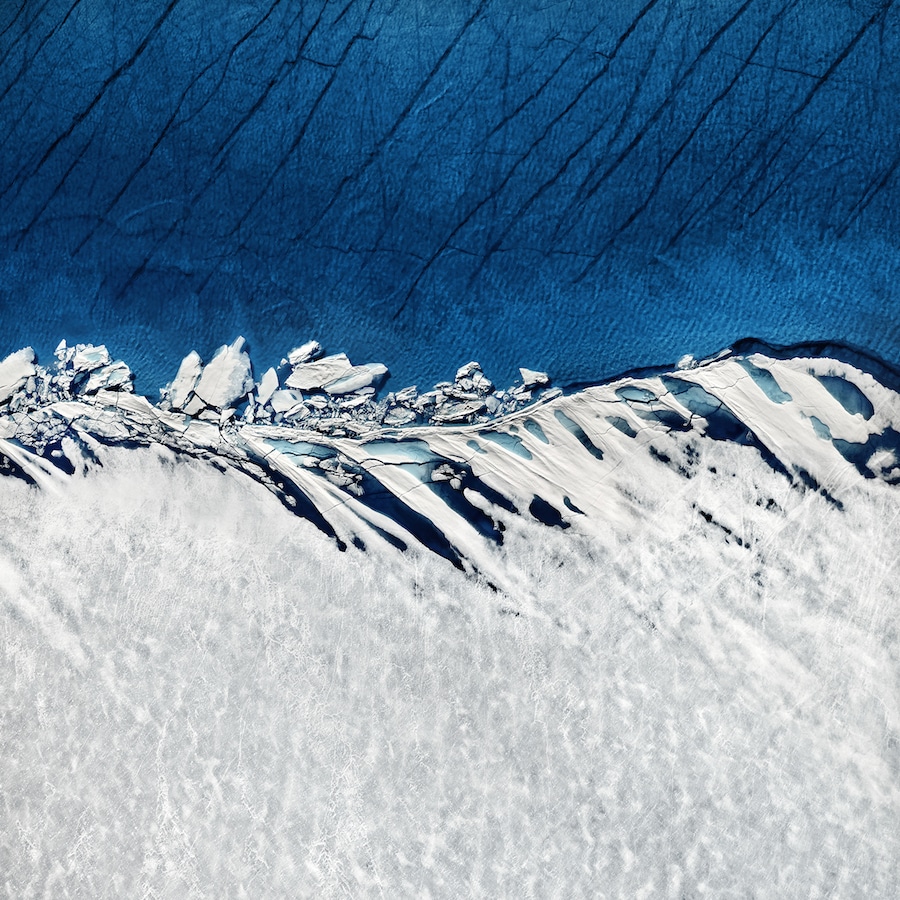 Aerial photographer Timo Lieber is using his fine art photography to tell a story about the fragility of our planet. His latest project, THAW, sees him visiting Greenland's ice caps and shooting the growing lakes from small planes and helicopters.

The resulting images are at once stunning and scary. From a fine art perspective, the balance of colors, as well as the visually stimulating composition, draw the spectator in. From an environmental perspective, Lieber's work is an eerie reminder about the effects of global warming. The photographer was assisted in his research by the Scott Polar Research Institute at Cambridge University.

“THAW is more than just a photography project—it is a collaboration between science, nature and our ability to discuss it through photographs,” Lieber shares with My Modern Met via email. “I visited the scientists in the camp on the ice cap and was overwhelmed by the scale of the landscape and the enormity of associated problems. All of that I brought together in THAW.” 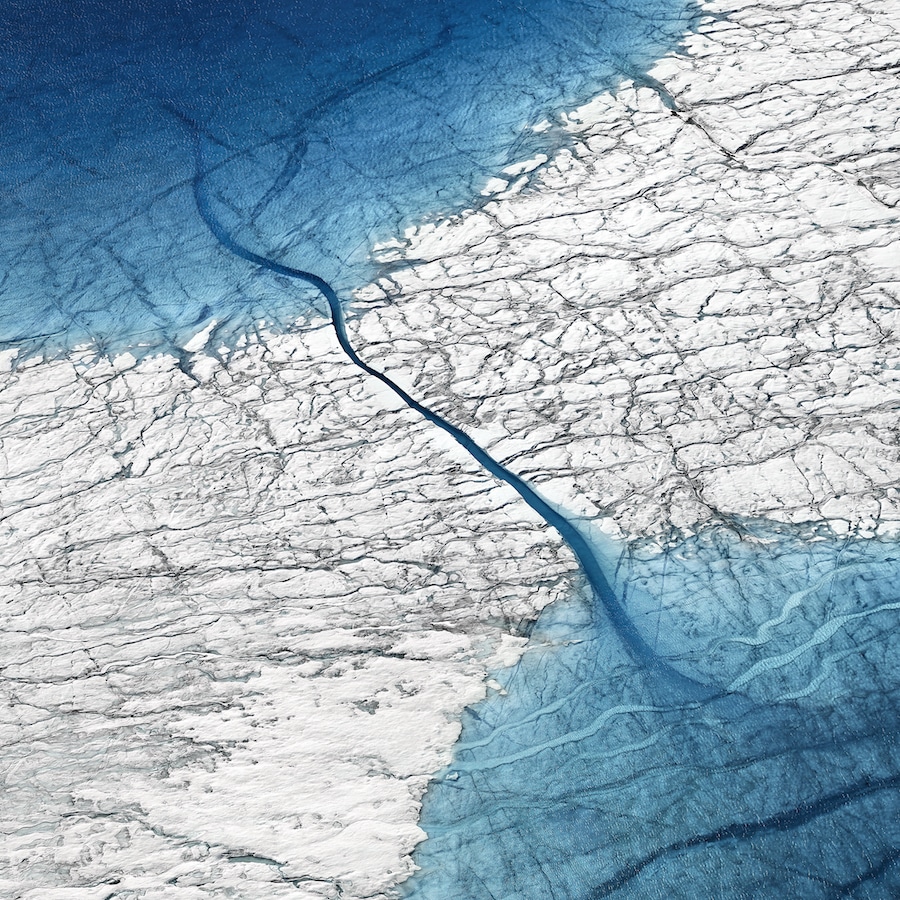 Year after year, Greenland's lakes continue to increase in size, as the ice caps slowly melt. Since 2009, the Greenland ice sheet has been losing an estimated 419,000,000,000 tons of ice annually. This is three times more than the contribution from Antarctica. Thus, Lieber felt the urgency to shoot this transitional phase in order to raise awareness about climate change.

“THAW showcases the rapidly growing number of blue lakes and rivers that form on the Greenland ice cap —one of the most inaccessible areas on earth. Here, in the pristine landscape, stripped to the bare minimum of colors and shapes, the dramatic impact of climate change is more obvious than anywhere else in the world.”

THAW will make its public debut from February 20 – 23, 2017 at Bonham‘s in London. The world famous auction house believed so deeply in the project, they agreed to hold the show in their main show room on New Bond Street before it was even shot. Bringing things full circle, a portion of the earnings from the exhibition will be donated to the Scott Polar Research Institute.

Lieber photographed the second-largest ice sheet in the world. It covers an area roughly eight times the size of the United Kingdom. 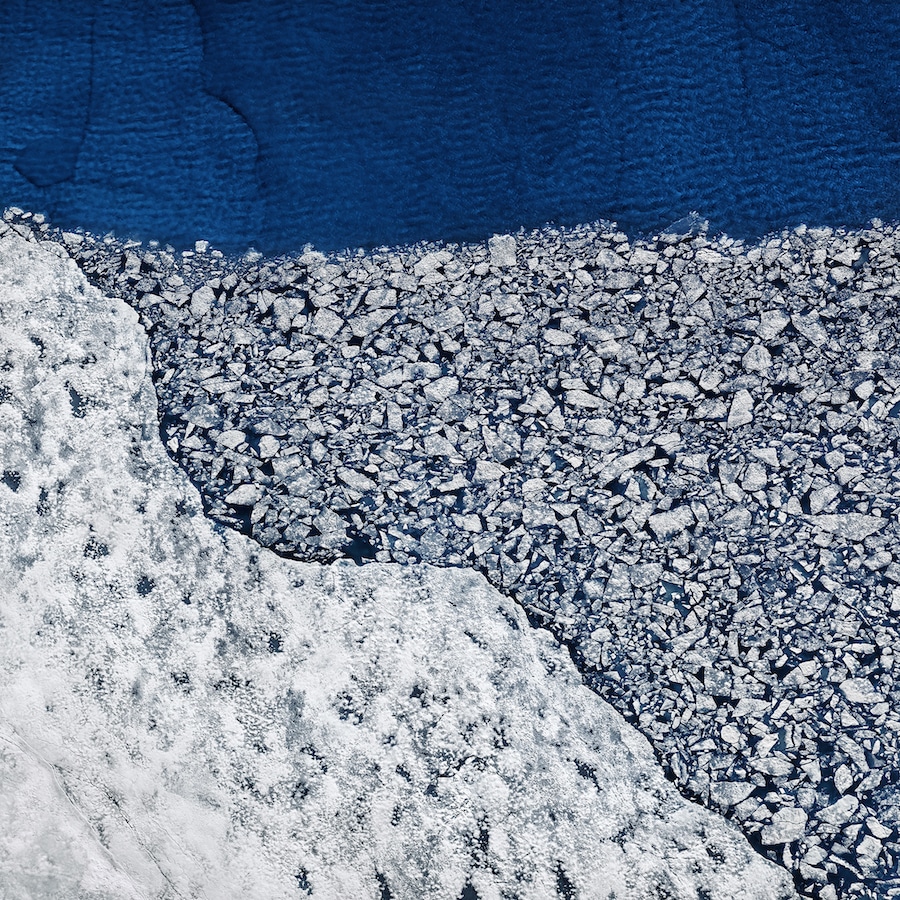 If the ice cap melts, it contains enough ice to raise sea levels by more than 23 feet. 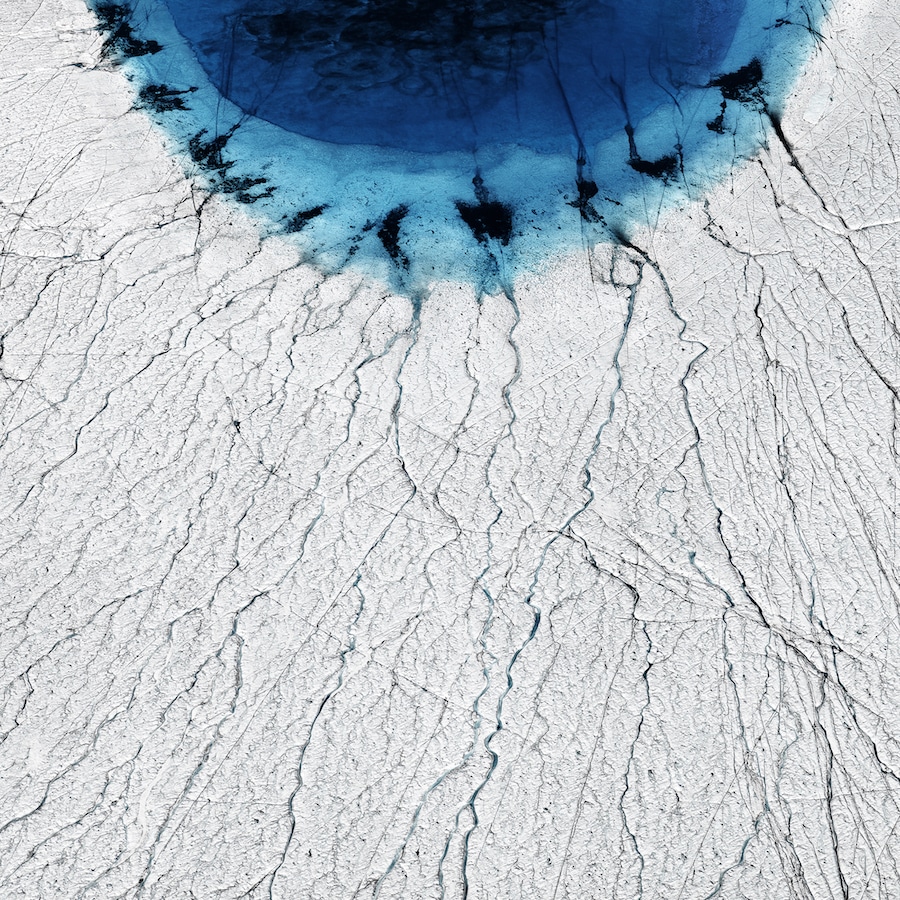 THAW aims to bring awareness to the effects of climate change by highlighting the melting polar ice caps in Greenland. 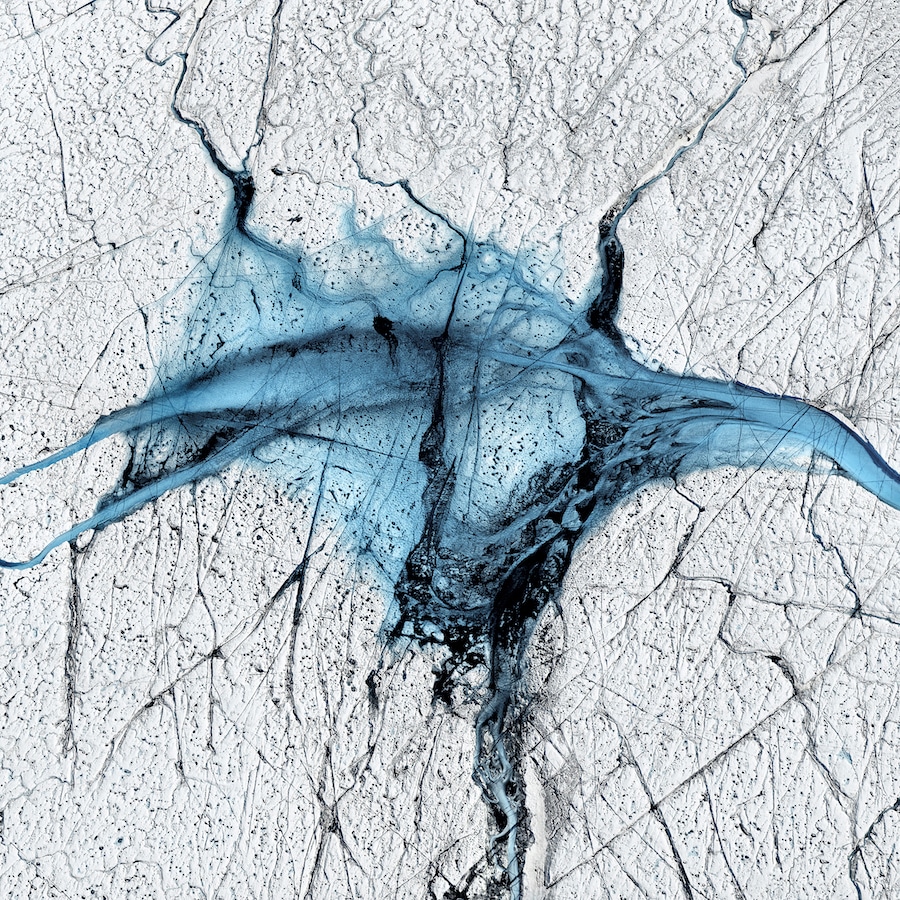 My Modern Met granted permission to use photos by Timo Lieber.