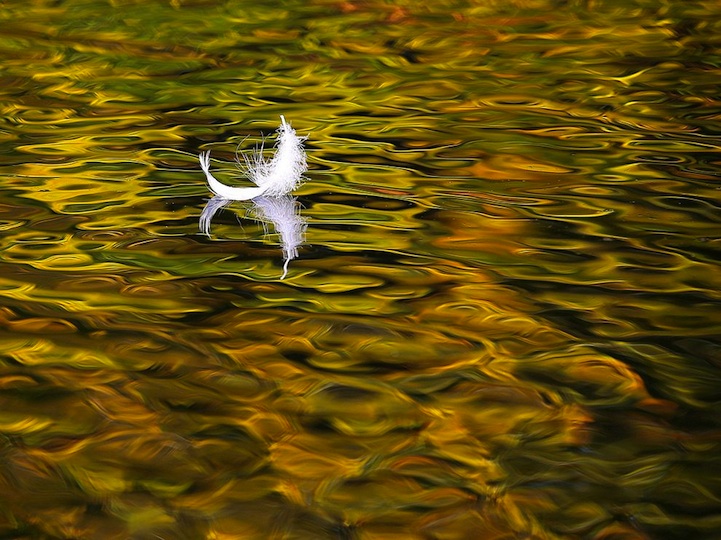 In just one week, thousands of you shared this post, 10 Fascinating Photos That Look Unbelievably Like Paintings. That's why we decided to look back into our archives as well as scour the web, looking for more paintings that look uncannily like photos. Whether these photographers used a common photo technique like long exposure or took their cameras to different places, like high up into the sky, each one of them gave us a new way to look at the world. In many cases, nature became art and art became nature.

Photographer Veronika K. Ko is behind the oil painting-eque shot, above, of a lone swan feather floating on a lake in Moscow. Yesterday, it was chosen as National Geographic's Photo of the Day. “That autumn day I wanted to photograph the swan,” she says, “but they were far away. I waited for a while, then I decided to leave when I saw a beautiful feather, floating toward me. It was obviously [the] swan's gift for my patience! So,the shot was born! The effects of the water looks unreal, but there is no Photoshop!” 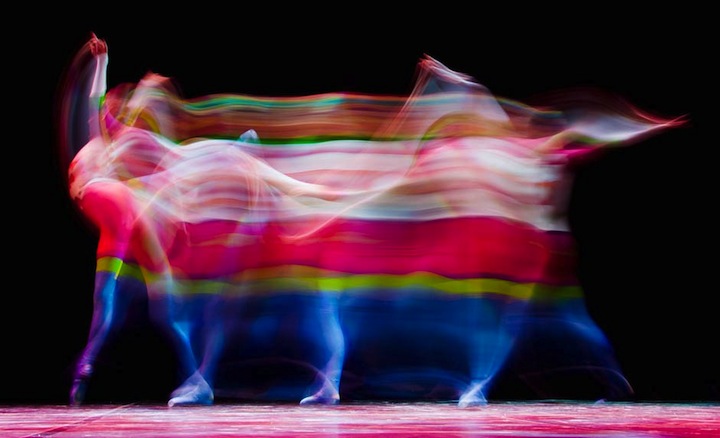 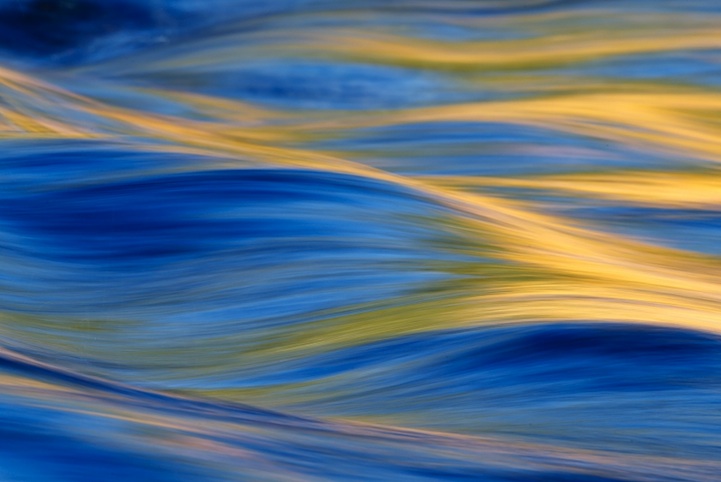 Photographer Arthur Morris took this photo that shows moving water. Taken of LeHardy Rapids at Yellowstone National Park, Wyoming, it was created with a tripod mounted Canon 800mm f/5.6L IS lens and the EOS-1D Mark IV. Exposure was 1/8 of a second. Doesn't it resemble an oil painting? 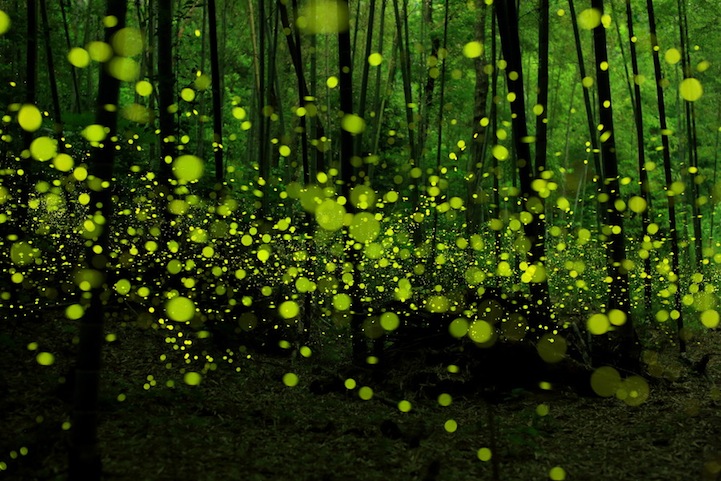 Who knew that a photo of fireflies could look as spectacular as this? Photographer Yume Cyan shot this long exposure of fireflies in the forests of Nagoya City, Japan. The glowing dots almost seem like someone painted them on. 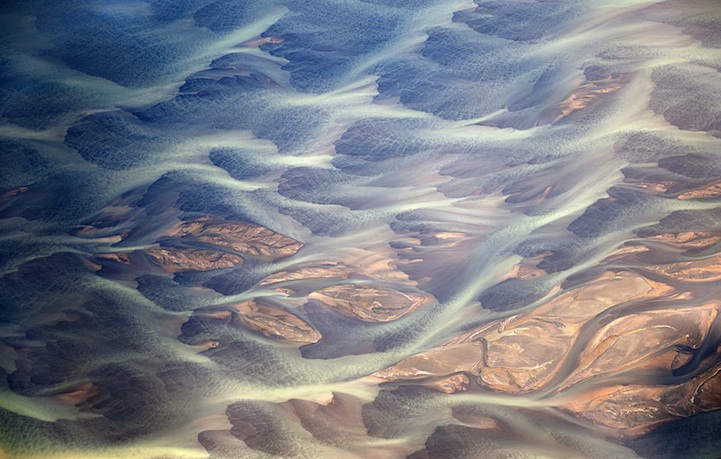 Doesn't this incredible aerial photo of Iceland look like an abstract painting? Russian photographer Andre Ermolaev gives us a whole new way to look at landscape photography with these stunning shots in his series called Iceland. River. Rivers and streams are shown carrying sediment from volcanoes and glaciers. 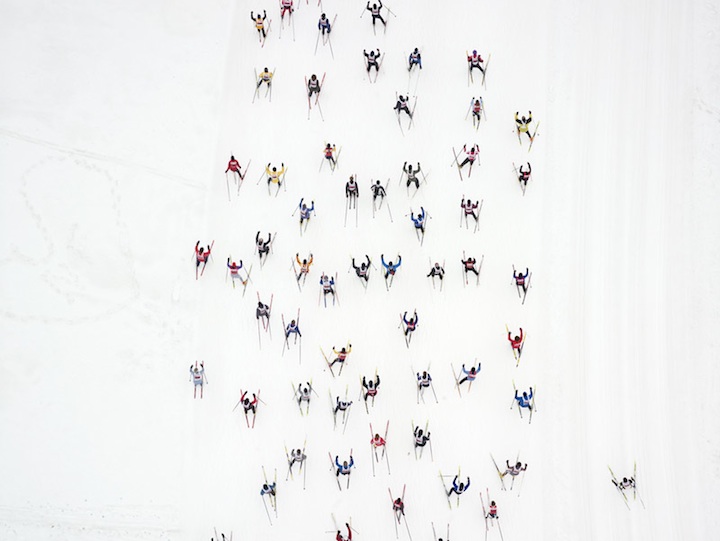 Germany-born photographer Stephen Zirwes took this extraordinary shot of skiers from right above. As he says about his aerial photos, “They show a reality you never knew and, at the same time, makes you question your reality. You ask yourself, ‘Which reality is real?' My whole work is based on playing. That means I experiment with accidents.” 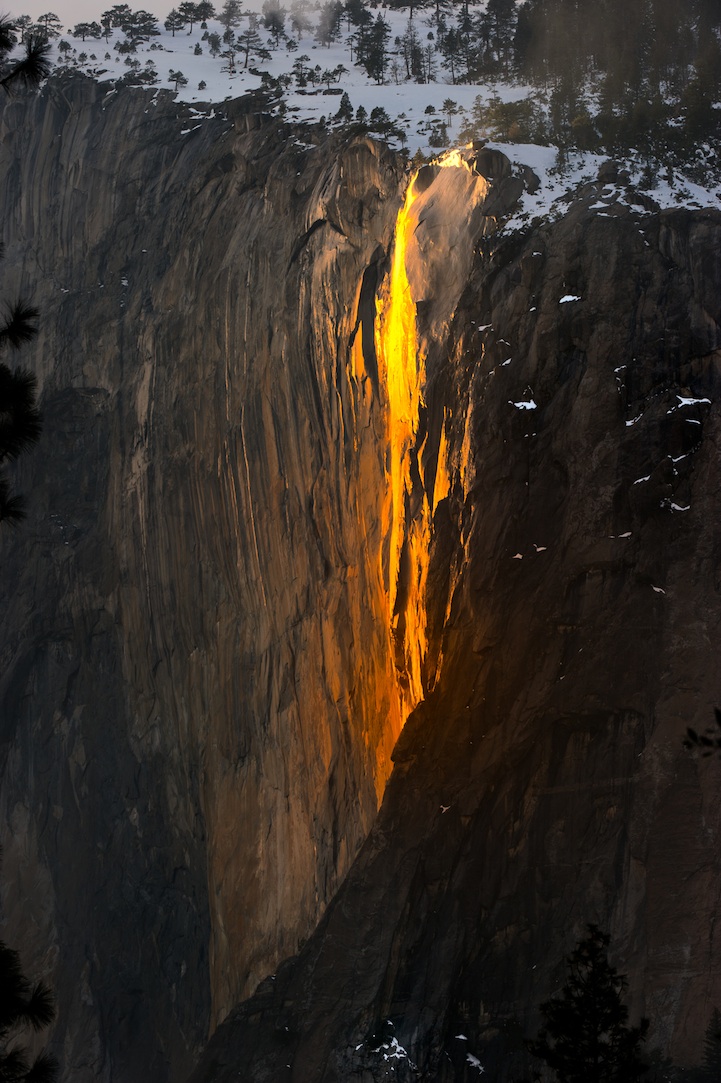 Photographer Howard Ignatius took this spectacular shot of Horsetail Falls in Yosemite National Park when it was glowing like fire. Hit at just the right time, the waterfall turns a gorgeous golden color. “I took this shot from Southside Drive,” Ignatius states. “Was not the shot I wanted but sometimes you can't get what you want.” Doesn't the color look like it's been painted on? 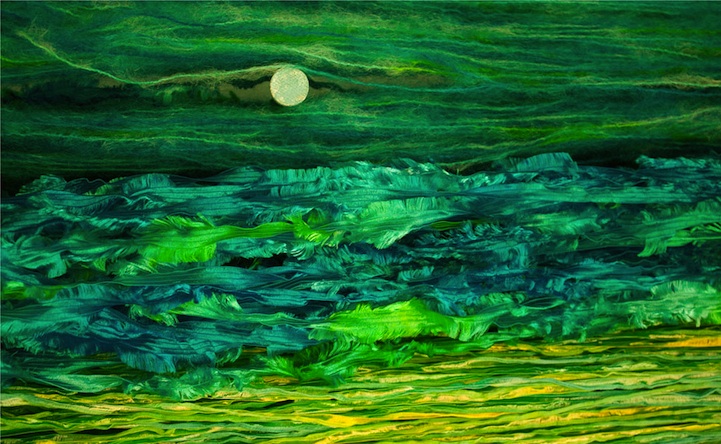 One of the most interesting entries in this year's National Geographic Traveler Photo Contest was this one by Aditya Vardhan Tibrewala. What exactly are you looking at? “This picture is not a photo of painting, landscape nor I have used any Photoshop except minor cropping, rotation and converting from raw to jpeg,” the photographer states. “It is colored threads/wool hanging from the wall in an amazing way with a nail head coming out in between. I tried to create a feeling of moon and sea.” 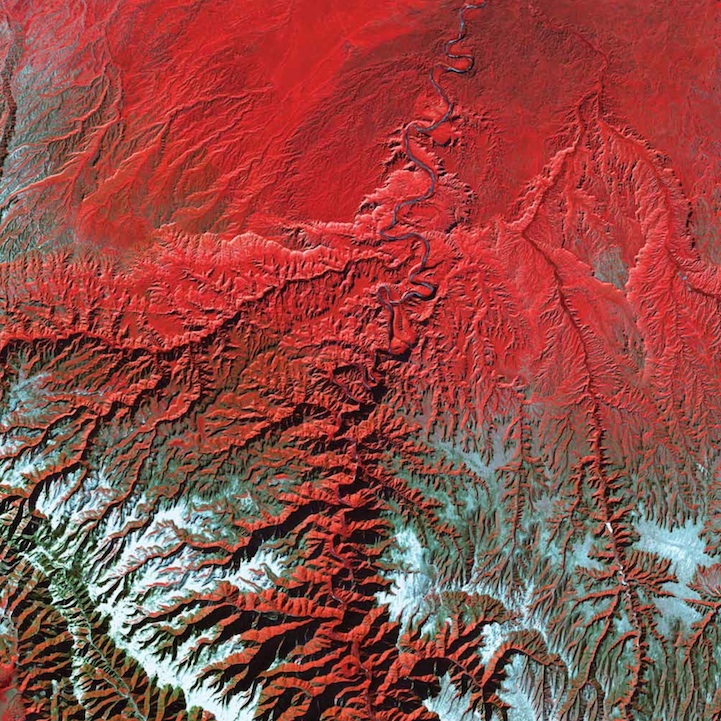 This is just one of many amazing images of Earth from NASA's collection Earth as Art. Taken from one of five U.S. Earth-observing satellites, this shot shows Desolation Canyon, a remote canyon on the Green River in the eastern part of Utah. The snaking Green River flows south from the Tavaputs Plateau before entering the canyon. 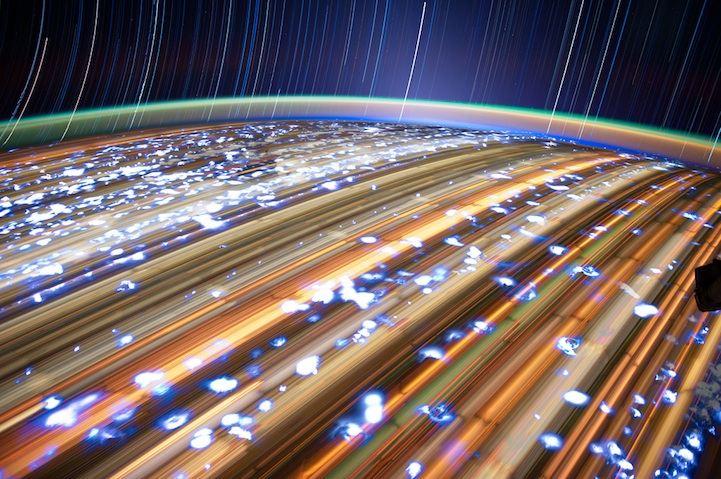 Leave it to NASA to capture an artistic photo like this. NASA astronaut Don Pettit took this long exposure of star trails while aboard the International Space Station. “My star trail images are made by taking a time exposure of about 10 to 15 mintures,” said Pettit, describing his photography technique. “However , with modern digital cameras, 30 seconds is about the longest exposure possible, due to electronic detector noise effectively snowing out the image.”