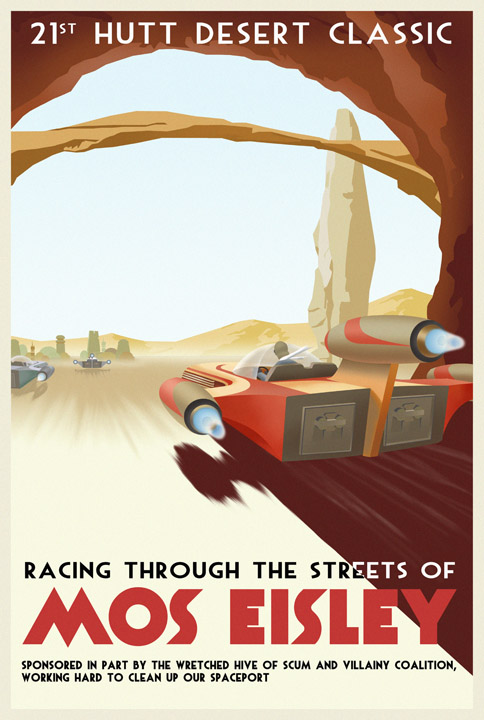 Immediately after completing an amazing set of vintage travel planet posters, illustrator Steve Thomas started looking for a new project. At the time, he hadn't seen many Star Wars travel posters and so decided to create his own. Influenced by vintage travel ads of the early 20th century, Thomas made eight illustrations that were immediately loved by his fans. In fact, just look at the number of comments in his blog and you'll see hundreds just waiting for him to start selling these as posters. We got in touch with Thomas to ask him about the series. Mainly, we wanted to know why he chose to illustrate in a vintage but modern way. “The similarities are on purpose so that the viewer immediately connects with the style I'm trying to get across,” he says. “I like to lean towards tongue-in-cheek with the tag lines, which I think help tell a little story. I stayed with the original three movies when coming up with concepts for these. I think that helped to add to the vintage feel.” 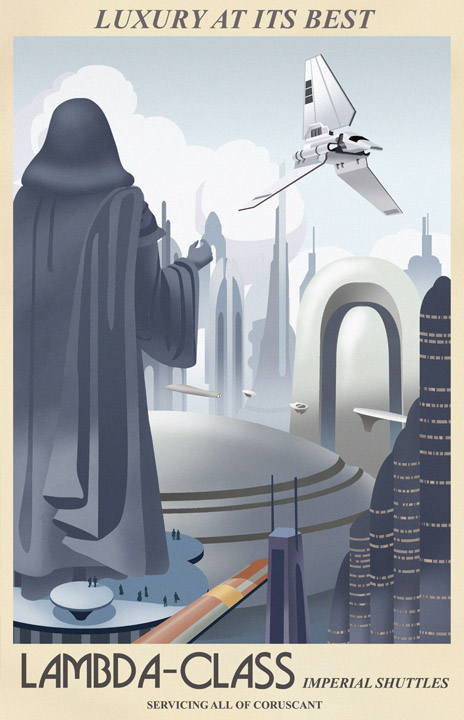 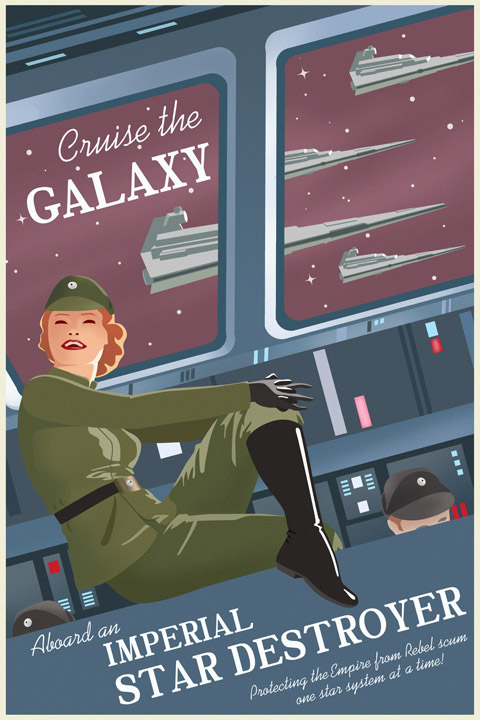 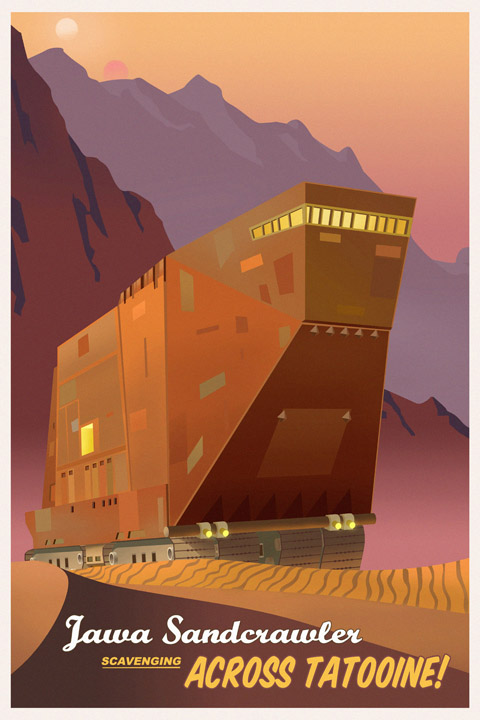 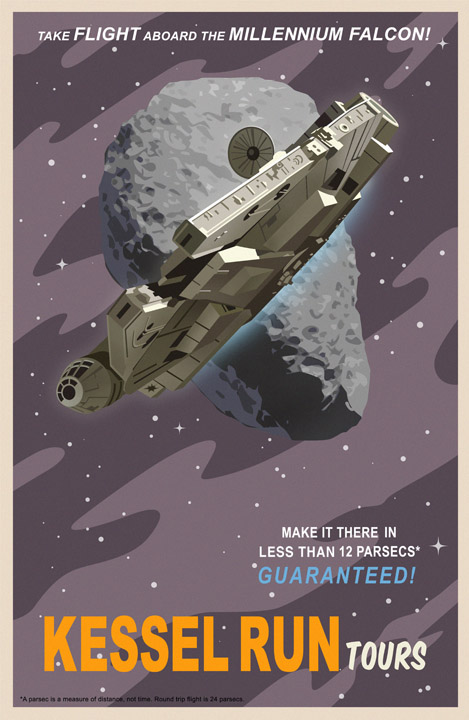 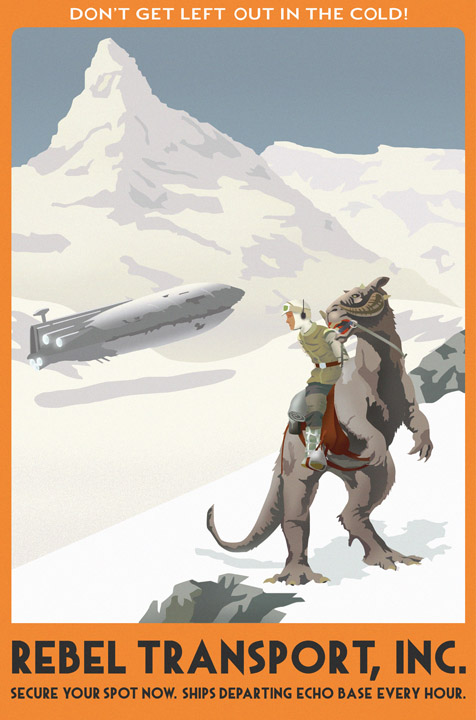 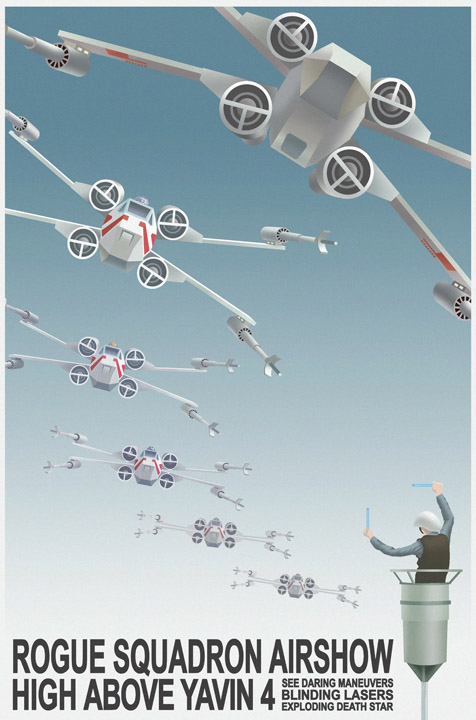 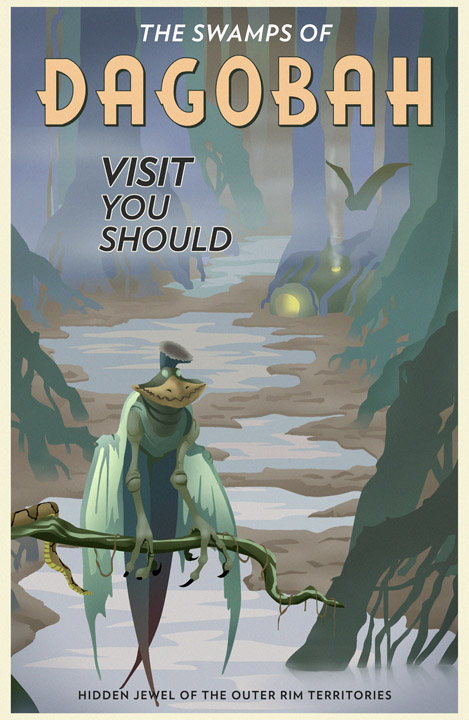 I like what Thomas says in his About section: “When not at my day job I try to come up with new and interesting ideas for illustrations. My love for vintage poster, propaganda and product art from the early 20th century and an interest in retro-futuristic art from the mid-20th has led me to create some great (I think) poster art. I mean, who doesn't want to travel the solar system or join the fight against the villains of 1980s arcade games?” Make sure to check out Thomas' website for more creative illustrations including his clever video game propaganda posters. You'll never see Pac-Man or Donkey Kong the same way again.