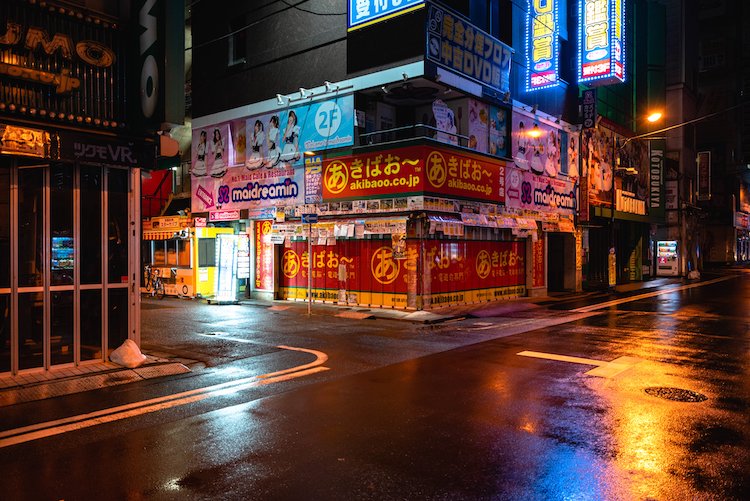 With an estimated population of nearly 14 million people, it's hard to imagine Tokyo without crowds. Its famed crosswalk in Shibuya regularly shuttles hundreds—if not thousands—from one side of the street to the other and has become an emblem of the city's bustling nature. But there's another side to Tokyo, one that few see. Luckily, thanks to Twitter user @urbex_34, this quiet side to Tokyo is now on display.

This urban explorer sets out to expose a different and unexpected side to some of Tokyo's beloved neighborhoods. His photographs of Akihabara—Tokyo's capital of otaku culture—devoid of life are a striking look at an area that's typically filled with a human presence. Akihabara, which earned the nickname “Electric Town” thanks to the electronics stores that popped up after World War II, is filled with manga and anime shops. Its sidewalks are typically teeming with cosplayers and maids beckoning guests into special maid cafes. For urbex_34, Akihabara is also something else. By exploring the neighborhood late at night, he's able to come away with imagery that shows its secret side—a side without people.

With only the glowing neon signs of shops and street lamps to light the way, Akihabara looks like another place altogether. In fact, many commenters point out that the atmosphere seems like a video game where people are ready to pop out and shoot at any moment.

While it is surprising to see such a quiet neighborhood in Tokyo, other commenters pointed out that it's not so unusual for Akihabara. While areas like Shibuya are filled night and day, as a commercial area, Akihabara tends to empty out once the shops and cafes close down around 9 pm. So the next time you want a little peace and quiet in Tokyo, you now know that Akihabara is the place to visit.

Devoid of people, the empty streets are a sharp contrast to daytime, when the area is filled with people. 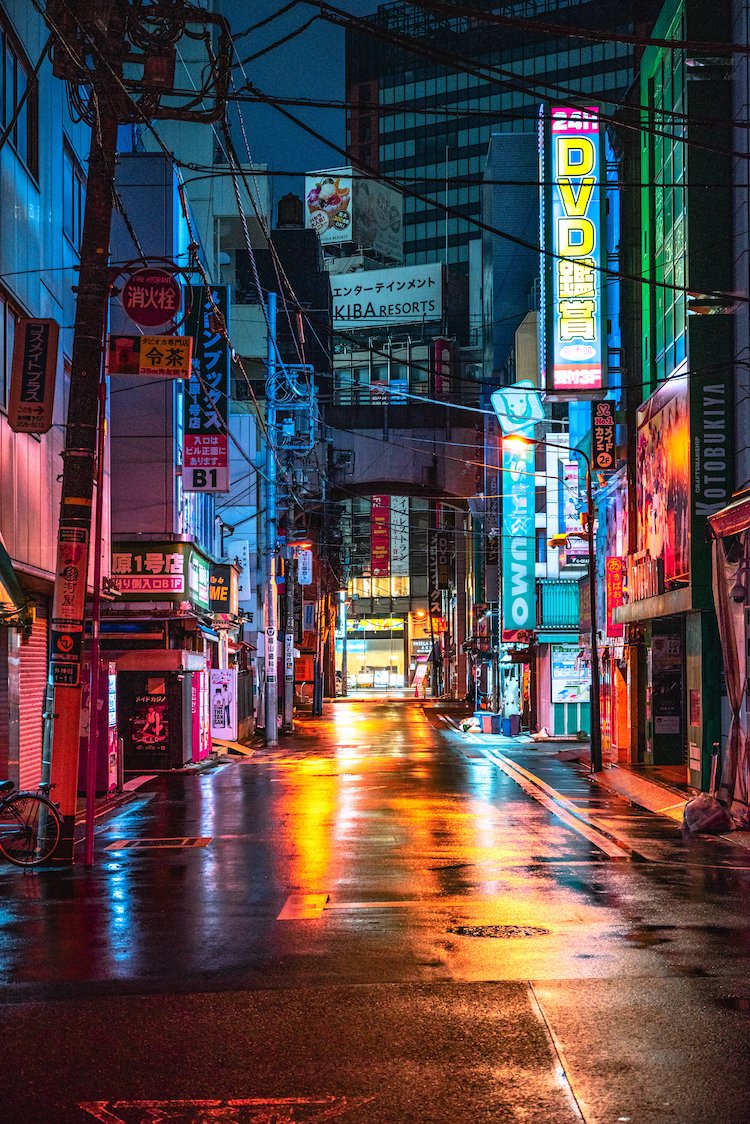 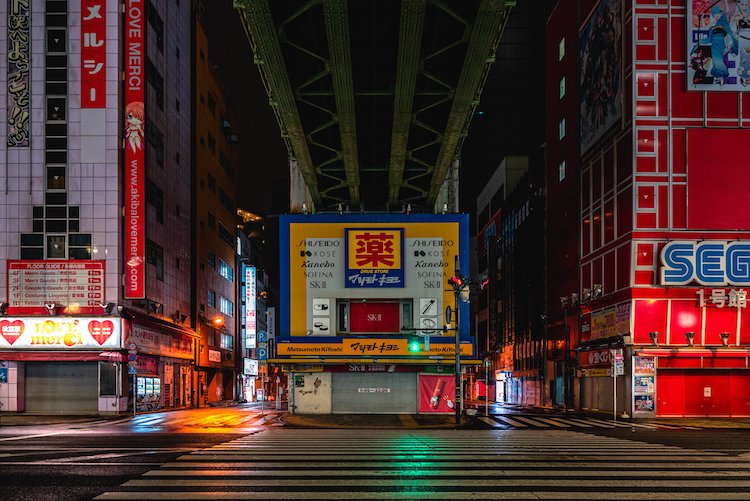 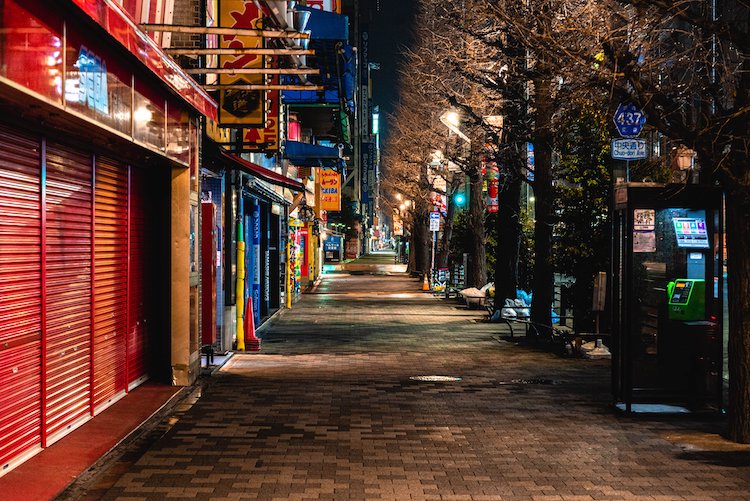 Vibrant Photos Capture the Electric Energy of Tokyo at Night

Love Tokyo? Share
Like My Modern Met on Facebook
Get Our Weekly Newsletter
Become a
My Modern Met Member
As a member, you'll join us in our effort to support the arts.
Become a Member
Explore member benefits
Love Tokyo?