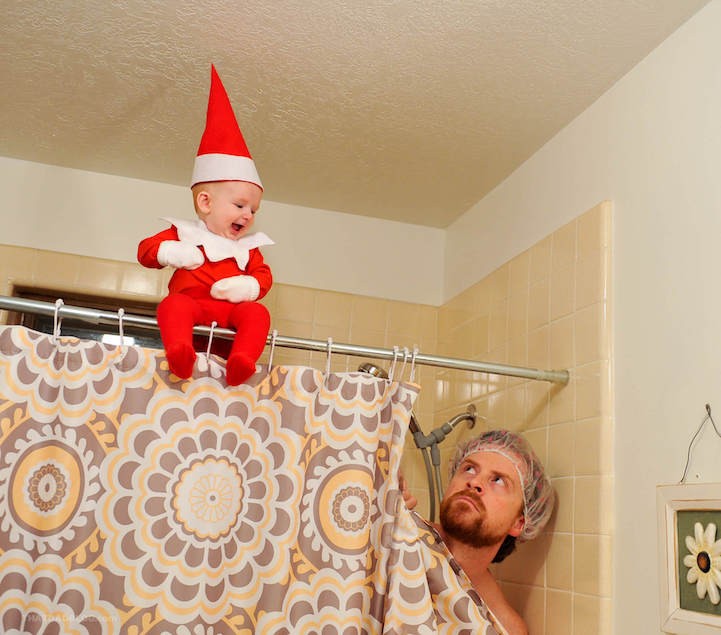 Photographer Alan Lawrence (who's behind the Wil Can Fly series) is now creatively celebrating the holidays with his 4-month-old son Rockwell. Instead of buying his kids an Elf on the Shelf, the dad instead went in a different direction: he made Rockwell the elf. “We have never had an Elf on the Shelf in our home but the idea has always intrigued me. Parents letting elves in their homes to watch their kids and cause mischief,” Lawrence explained to BuzzFeed. “Then one day someone told us that Rockwell looked like an elf and the idea came to me. What if a real life elf came to live with us for the holidays and how would I react in real life to having it show up to live with us?”

Lawrence soon had an answer to his question because Rockwell was transformed into an absolutely adorable elf. In his bright red costume (complete with a pointy hat), the little boy can be seen playfully causing mischief all over the house, each of his high jinks caught in a sweet series of photos. Beneath each image, Lawrence writes a story that adds to the fun nature of this project, which he hopes to continue every day until Christmas.

“We love sharing our family's story,” says Lawrence. “I just feel blessed to be a dad and want the world to know how fun it can be when you don't take life so serious.” 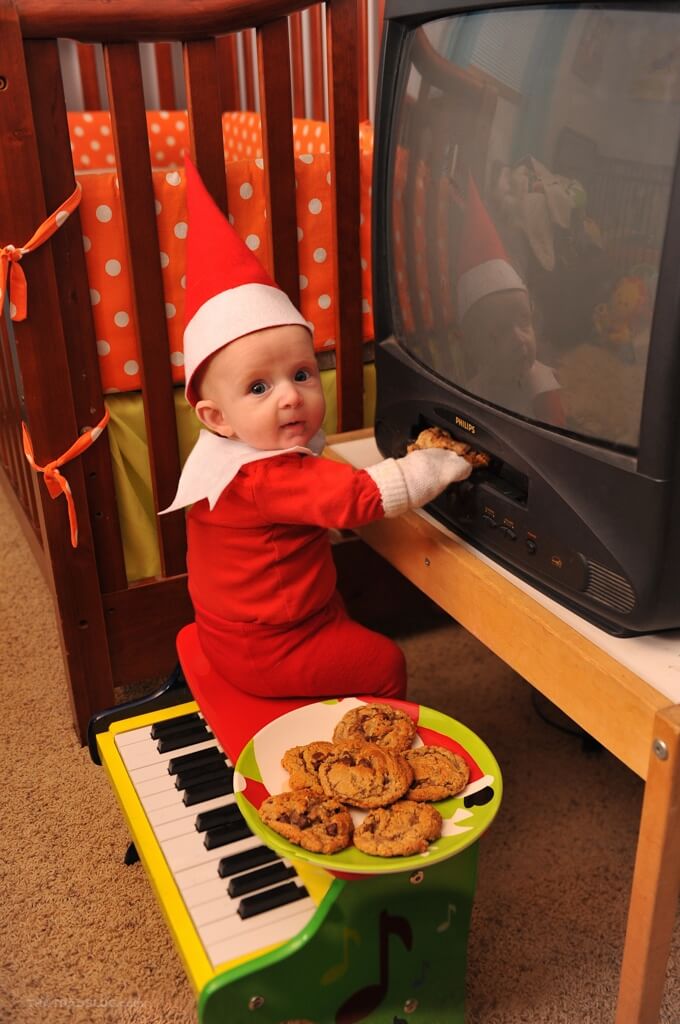 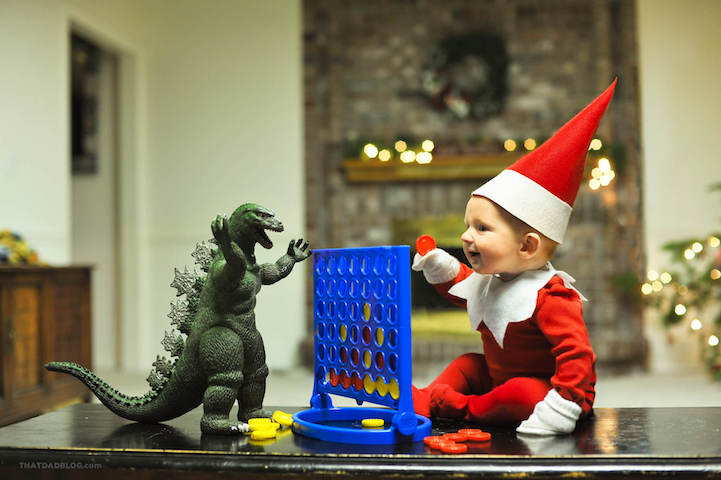 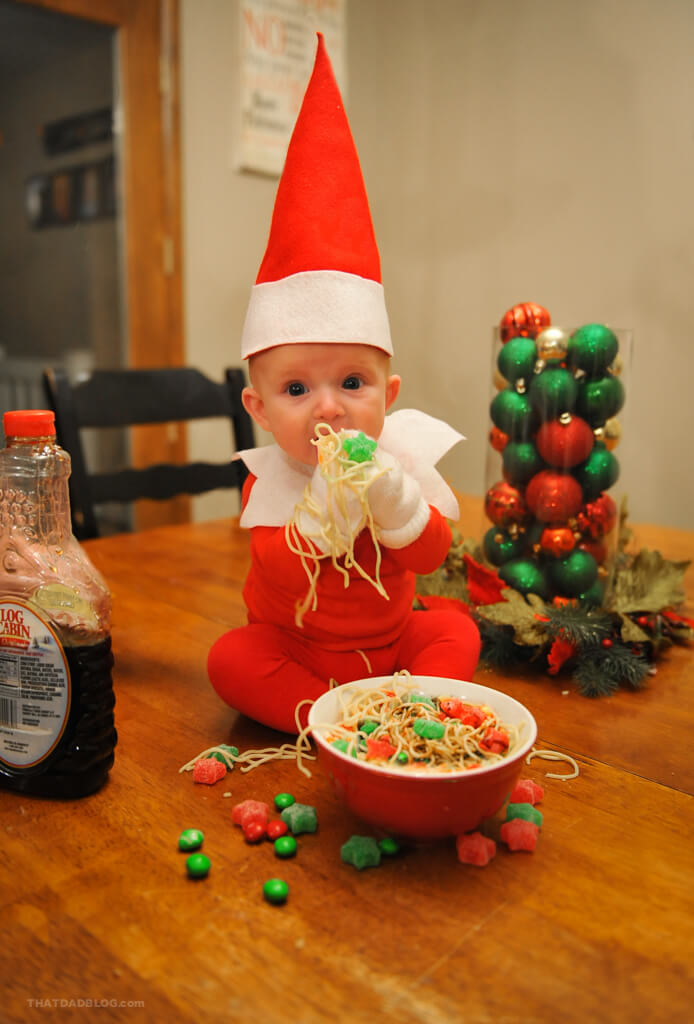 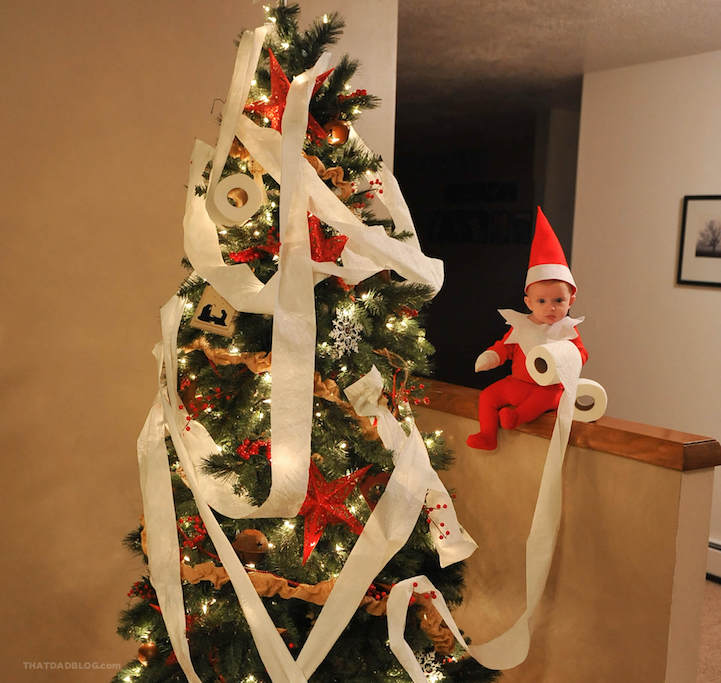 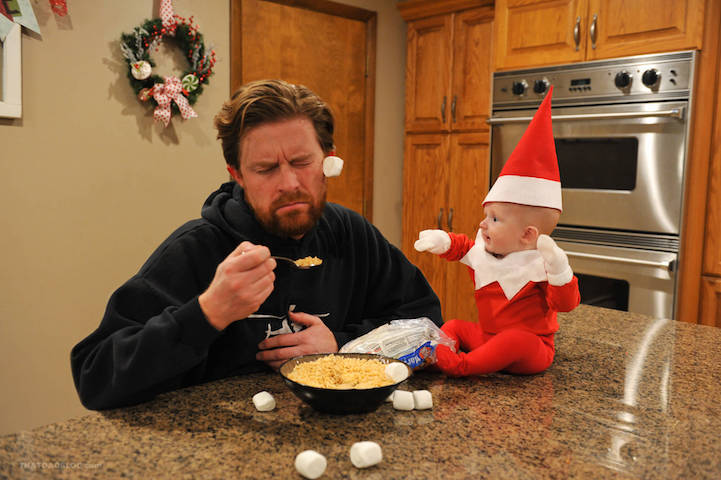 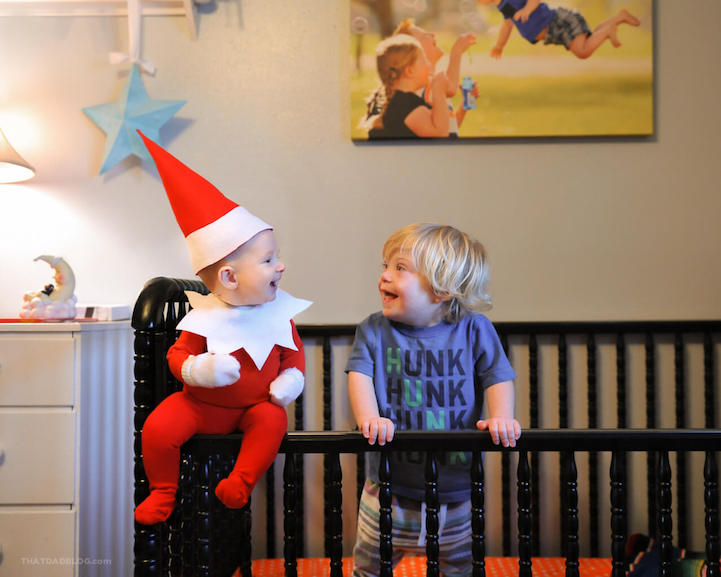 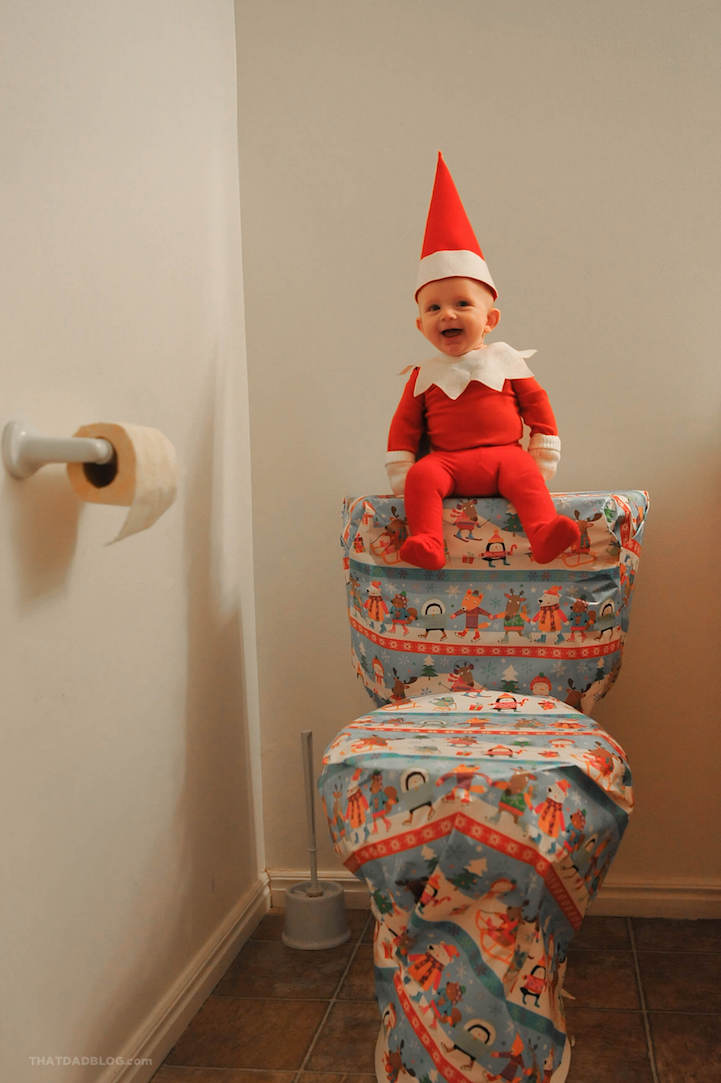 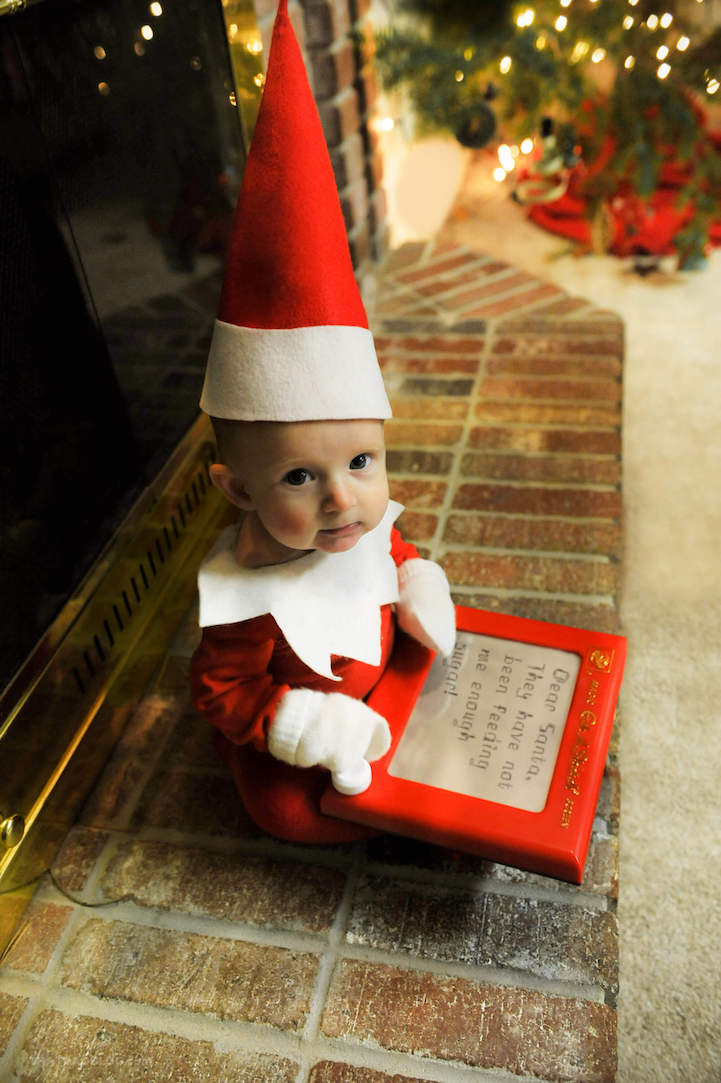 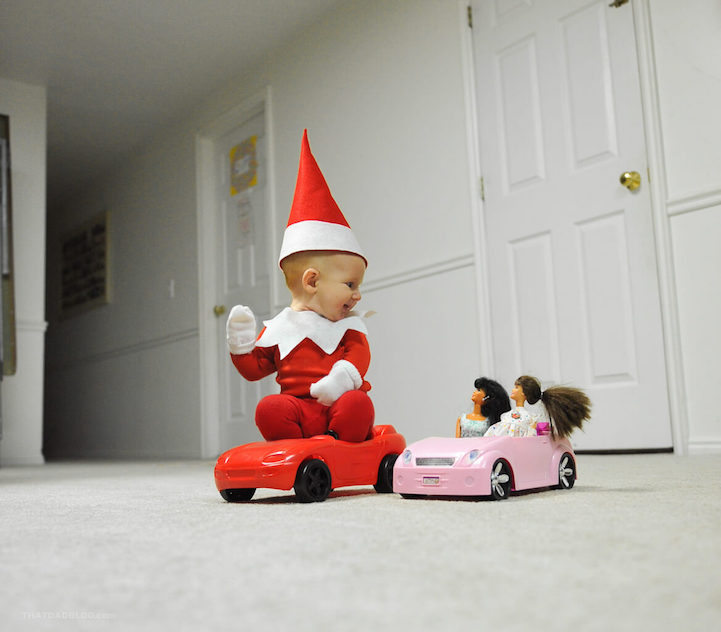 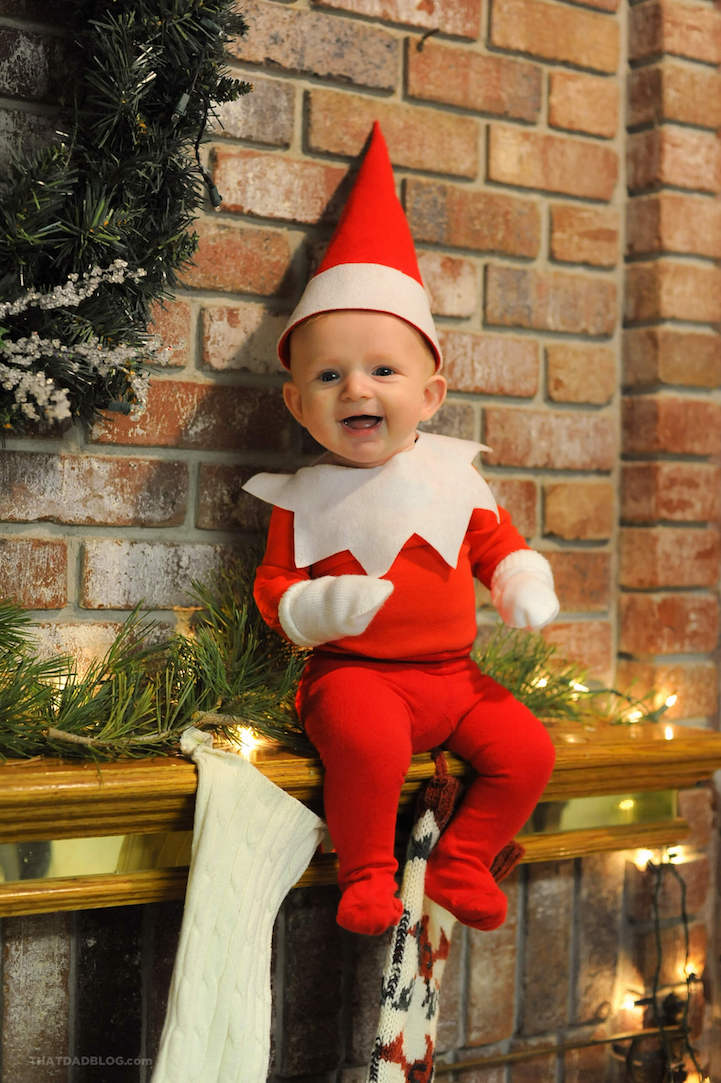