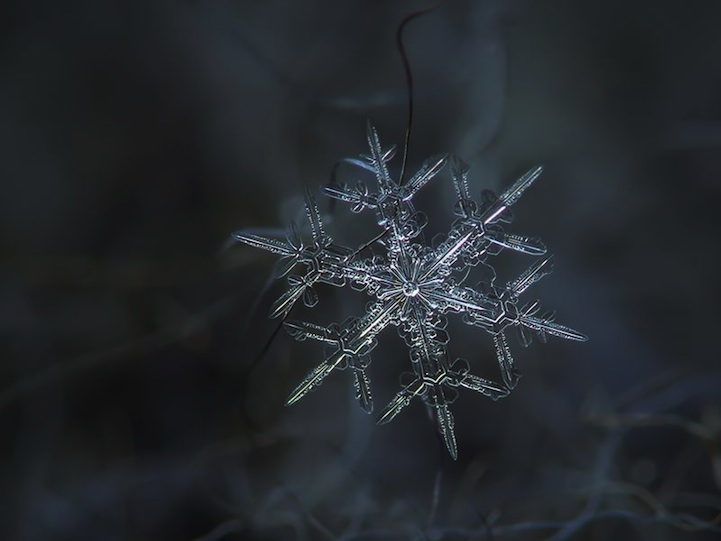 Like many photographers who dabble in macro photography, Alexey Kljatov was interested in seeing a world unseen by the naked eye. At first, he captured flowers and ladybugs not thinking about photographing something else. Then, one day, he saw on the Internet two macro shots of snowflakes and was amazed by their crystal-like beauty. “The Internet was filled with tons of excellent macro photos of various insects, but these photos was unique, I had never seen something like this,” he tells us.

“After that day, I waited for winter like never before. Finally, it came and I started to shoot snowflakes with the standard macro mode of my camera. In the beginning I made many mistakes, shot in poor light and handheld, and at first my snowflake shots were terrible. But I was happy, because I could now see snowflakes' shapes and patterns, which are almost unseen without a good magnifying glass.

Currently, Alexey shoots on the open balcony of his house. Now his technique costs him no money at all, since he has a camera and all the components. After shooting macro photos of snowflakes for six years, he's found his own methods.

He's also found a slew of challenges in working with snowflakes, particularly surrounding the weather. “You need good snowfall and good coldness at the same time, but often we only get snow, or only coldness. Even if we get good snow and the weather is cold enough, at least, -5 Celsius (but the colder the better), the snowfall brings only uninteresting, irregular crystals, or crystals covered by rime, which don't look appealing. Photographers need patience and luck to catch really good snowfall, but then, when all the elements align, he or she can shoot a huge amount of great photos.

“Melting is one of the serious problems, too, as is the wind, which shifts crystals and blows them away. When it's too warm, around 0 to -2 Celsius, the snowflakes melt too fast, and I'm not able to capture good photographs.”

We had featured Alexey's stunning macro photos of snowflakes last winter but since then he's taken even more photographs and now offers his best images as free wallpapers (seen in this post). They're the perfect way to appreciate nature's dazzling beauty. 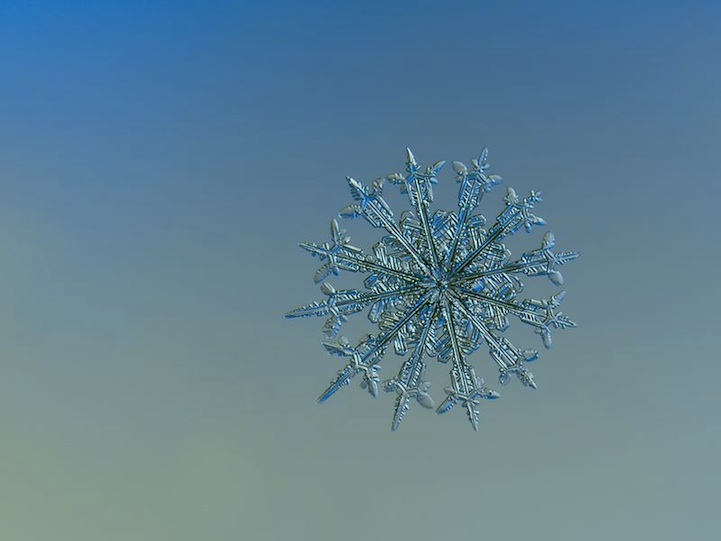 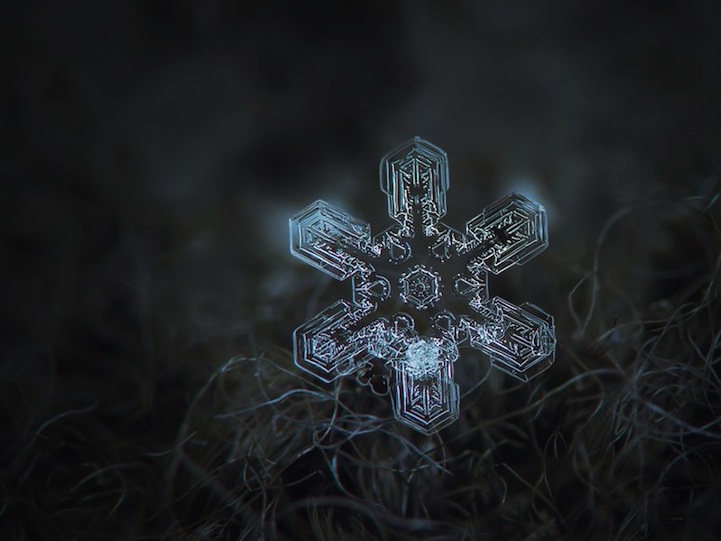 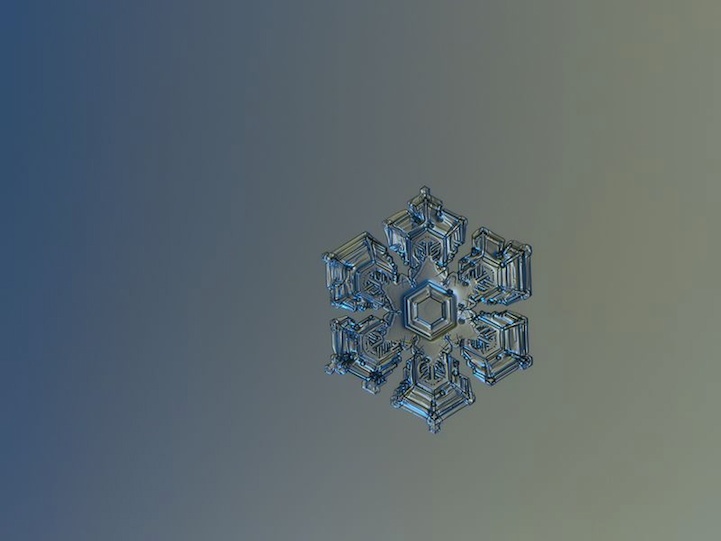 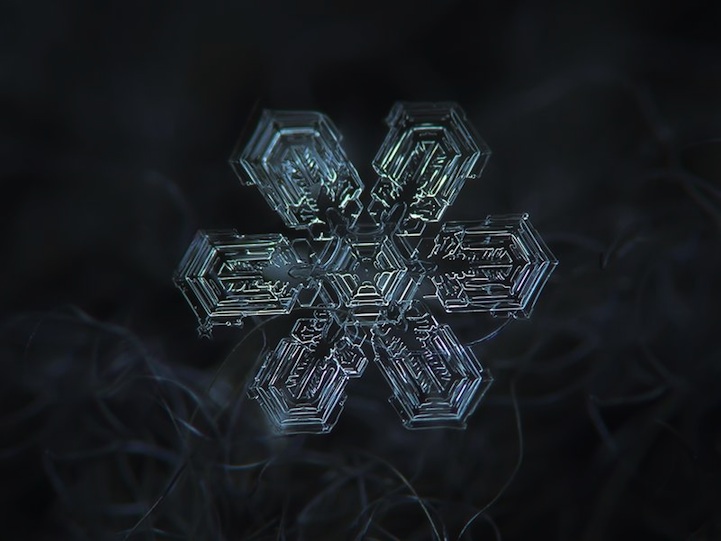 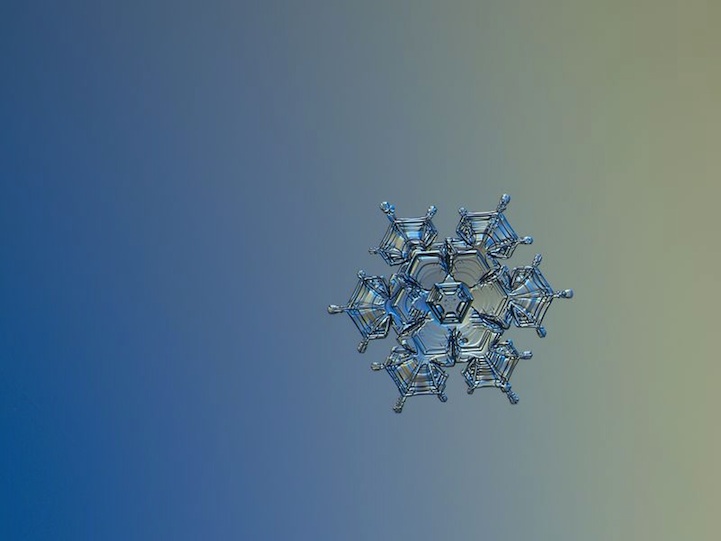 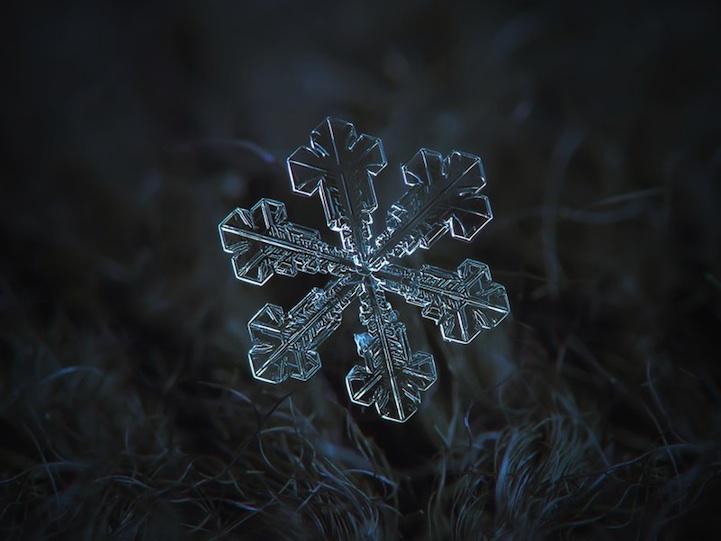 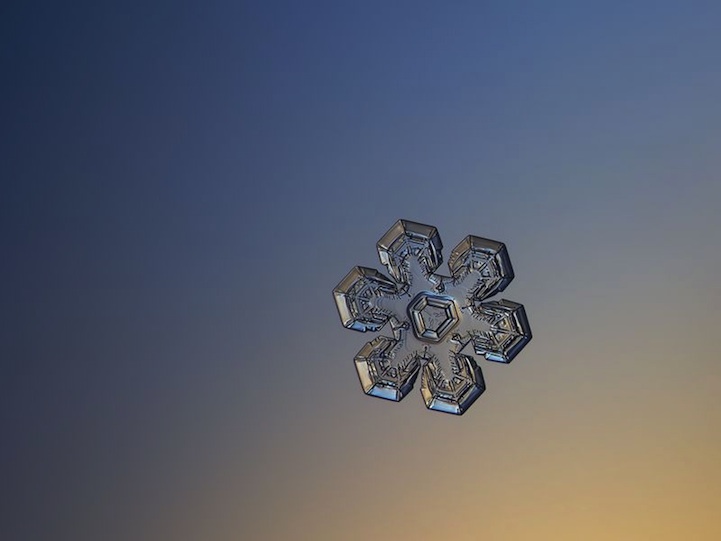 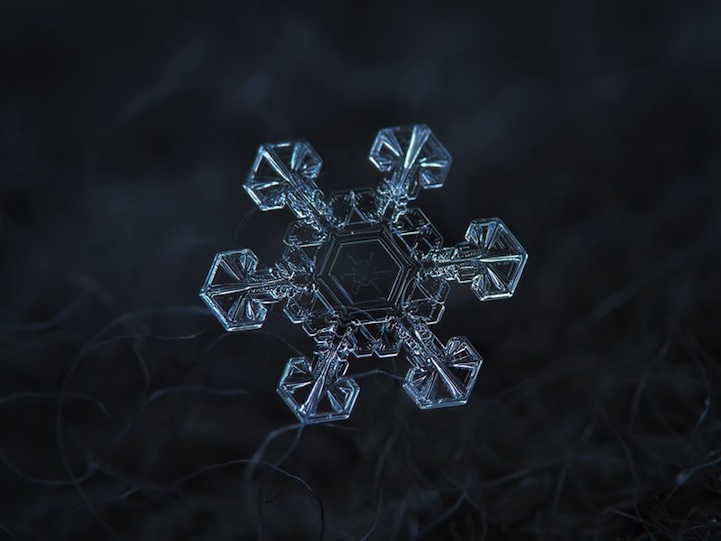