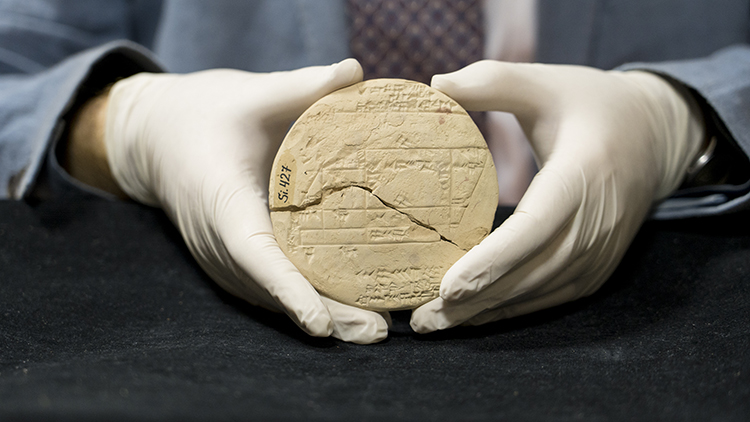 Even if you're not a mathematician, you may have heard of the Pythagorean theorem in school. This method of calculating the side lengths of right triangles is named for the 6th century BCE Greek mathematician and philosopher Pythagoras. Simply, the theorem states that the square of one leg of a right triangle, plus the square of the other leg, is equal to the square of the hypotenuse. It turns out that knowledge of this property of right triangles actually predates Pythagoras. A recent paper published in Foundations of Science describes an Old Babylonian clay tablet which proves that ancient surveyors used what are known as Pythagorean triples to accurately and precisely divide their land.

A Pythagorean triple is a set of numbers which satisfy the Pythagorean theorem and which represent the side-lengths of a right triangle. The easiest example is the set of numbers three, four, and five. The largest number in a Pythagorean triple is always the hypotenuse, or the side opposite the right (90 degree) angle. Three squared is nine; four squared is 16. Added together, that makes 25, which is the square of the hypotenuse (five). A triangle with legs of three and four and a hypotenuse of length five will always have a perfect right angle.

It is this property—the ability of Pythagorean triples to produce triangles with right angles—which Dr. Daniel Mansfield from UNSW Science’s School of Mathematics and Statistics believes it was of critical importance in Old Babylon (OB). Dr. Mansfield had been tracking down a tablet he had read about which was excavated in 1894 in the Baghdad province of modern Iraq. In 2018, he discovered the artifact in the collections of the Istanbul Archaeological Museum in Turkey.

Known as Si.427, the clay tablet contains a diagram and cuneiform text (an ancient system of writing). Its creator was an ancient land surveyor during the OB period of 1900 to 1600 BCE. The markings were carved with a stylus, as was the custom of writing. According to Dr. Mansfield, “It's the only known example of a cadastral document from the OB period, which is a plan used by surveyors to define land boundaries. In this case, it tells us legal and geometric details about a field that's split after some of it was sold off.” 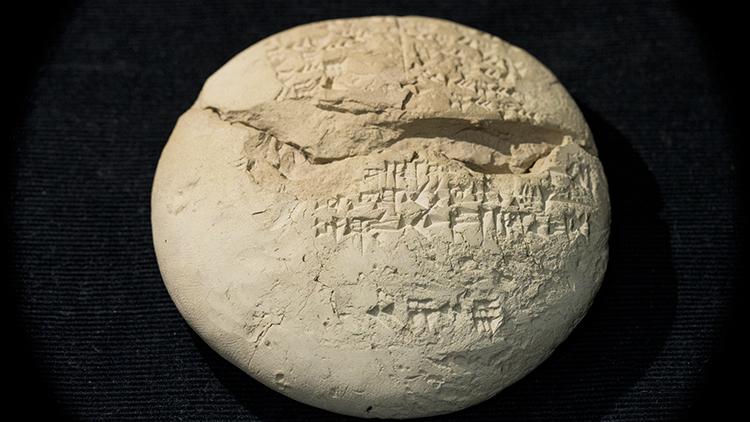 On the back of the tablet one can see text, written in cuneiform. The text corresponds to the diagram on the front – describing the size of the field. (Photo: UNSW Sydney)

However, this is not the only reason the tablet is a special historical document. Dr. Mansfield noticed that the triangles and rectangles etched into the clay appeared to show unusually perfect right angles formed by perpendicular lines. This suggested the surveyor had a mathematical method to ensure this perfection. After closer inspection, Dr. Mansfield realized the surveyor was using Pythagorean triples to create triangles with perfect right angles. These could be scaled to any size as long as the ratio of sides was maintained. Two triangles of the same size could also form a rectangular field.

This discovery is evidence of the first known use of applied geometry, over a thousand years before Pythagoras lived. While the Greeks developed trigonometry (study of triangles) in an astronomical context, this Old Babylonian use of triangles appears to be largely practical. As land privatized, disputes over boundaries required sophisticated methods of demarcation and resolution. The Babylonian number system, however, was limited. A base 60 number system meant that the surveyor only had a limited number of useful Pythagorean triples.

Some of these are laid out in another tablet, Plimpton 322, which presents a list of triples in a table. Dr. Mansfield found this tablet in 2017 in the collections of Columbia University. While he postulated that it was likely used for guiding building projects, it now appears to be an attempt by the ancients to lay out all useful Pythagorean triples. Dr. Mansfield says, “This deep and highly numerical understanding of the practical use of rectangles earns the name ‘proto-trigonometry’ but it is completely different to our modern trigonometry involving sin, cos, and tan.”

What is next after such a fascinating discovery? Well, the early history of mathematics requires some serious revisions. The clear use of Pythagorean triples in the Old Babylonian period is a big adjustment to the established timelines of geometry. This raises the question, for Dr. Mansfield and others, of what other big mathematical discoveries may be sitting in the collections of museums across the world.

A clay tablet excavated in the late 19th century has turned out to hold the earliest known example of applied geometry. 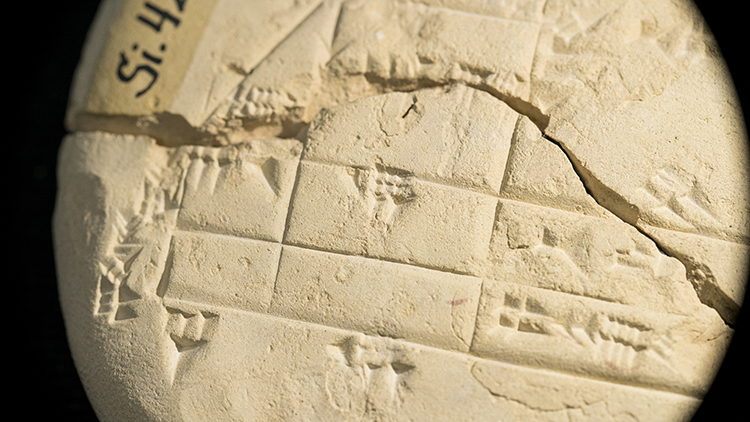 The surveyor managed to be so precise by using Pythagorean triples–making the boundary lines he created truly perpendicular. (Photo: UNSW Sydney)

Created by a land surveyor in the Old Babylonian period and found in modern-day Iraq, the tablet long predates the life of Pythagoras, for whom the triples and Pythagorean theorem are named. 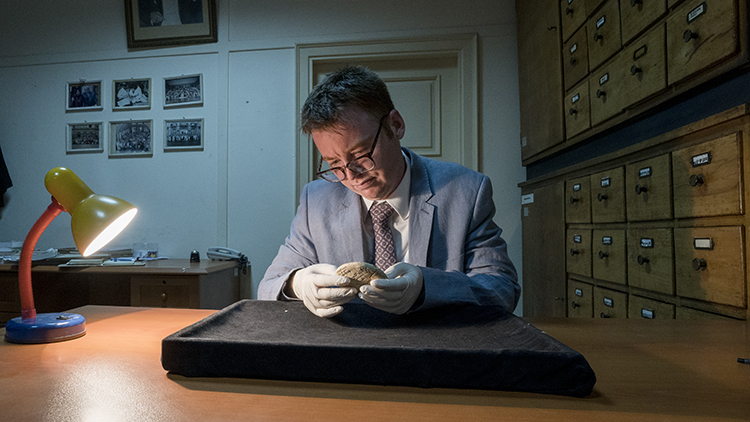 Si.427 will have big implications for the history of mathematics. (Photo: UNSW Sydney)

Learn more this discovery and what it means for the history of math.