Home / PhotographyAstrophotographer Shoots 50,000 Photos to Create One Stunning Image of the Moon 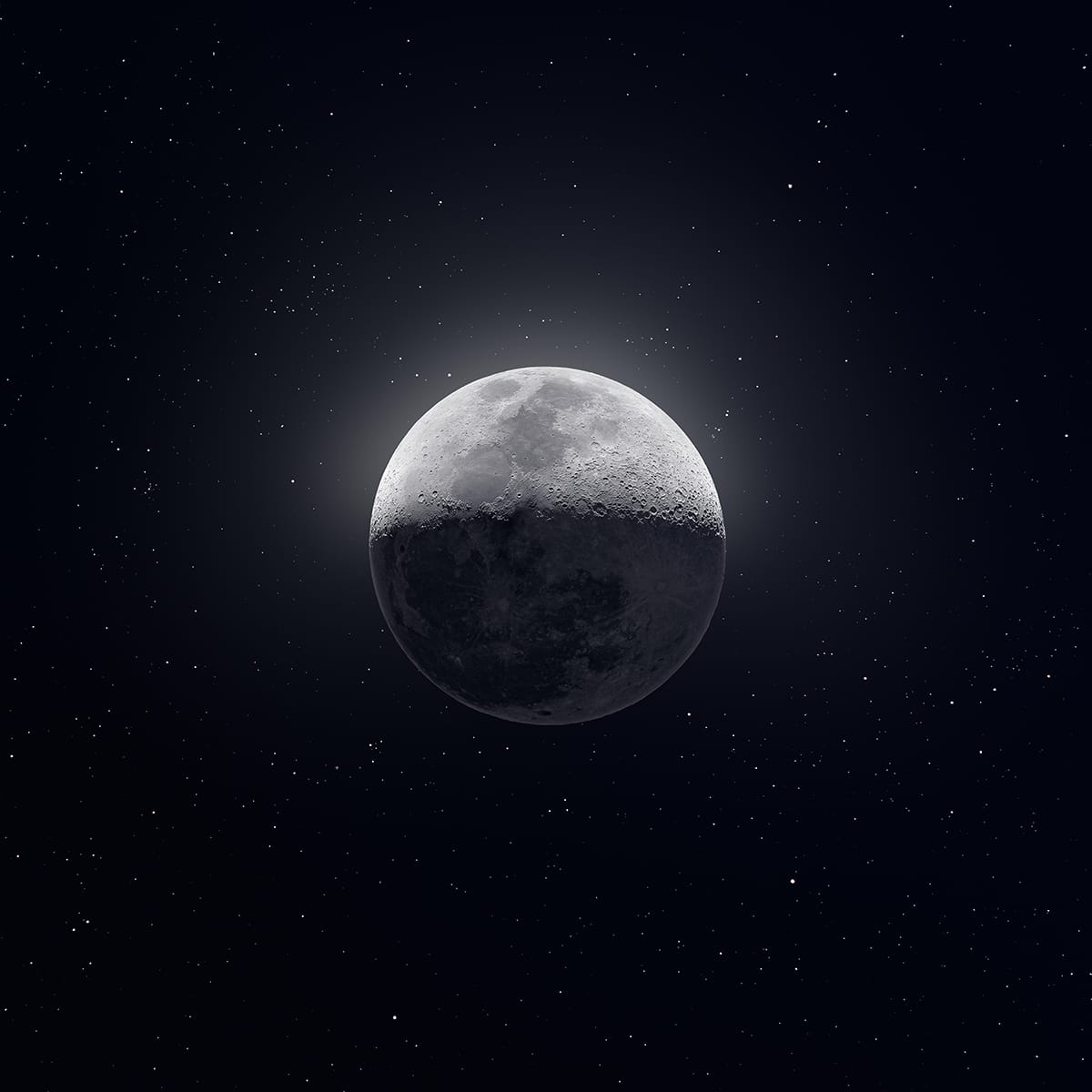 Astrophotographer Andrew McCarthy proves that you don’t need a ton of fancy equipment to capture breathtaking images of our solar system. You just need ingenuity and meticulous attention to detail. One of his recent pieces highlights the crisp glowing features of the moon. Although presented as a single image, there was more to making this piece than meets the eye. To create it, McCarthy shot and combined a staggering 50,000 photos using two cameras, including an astrophotography camera that costs just $250.

McCarthy goes into an in-depth explanation of his process on Reddit. Each of the cameras that he used had different objectives; one was for photographing the earthshine and stars while the other shot the detail on the moon. “The moon,” he explains, “was captured in ‘tiles,’ so I’d point the camera at it and take a bunch of pictures of just one portion of it, and then reposition, and do it again.”

So, why so many photographs? “I took so many shots to average out the blurring caused by atmospheric turbulence, as well as to eliminate noise captured by the camera sensor,” McCarthy says. After he had done the shooting, his lunar photography was combined in Photoshop for the final image. McCarthy did, however, take some “creative liberties” with the composition to account for things like bad or incomplete data.

McCarthy sells his incredible images, including this one, as prints on his website.

Astrophotographer Andrew McCarthy shot a staggering 50,000 images to create this one stunning piece of lunar photography. 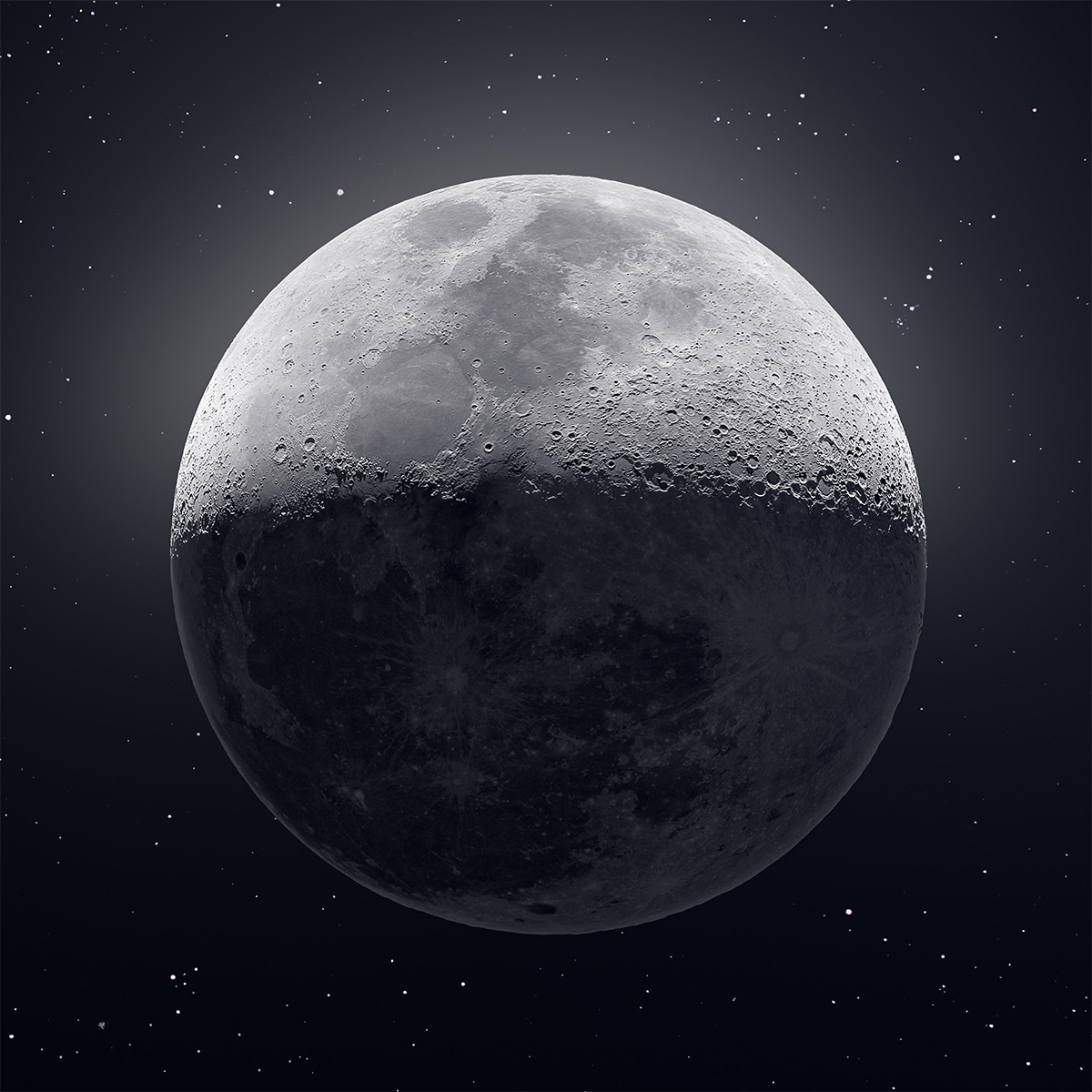 My Modern Met granted permission to use photos by Andrew McCarthy.

Spectacular Shortlist for Best Astronomy Photos of the Year Announced