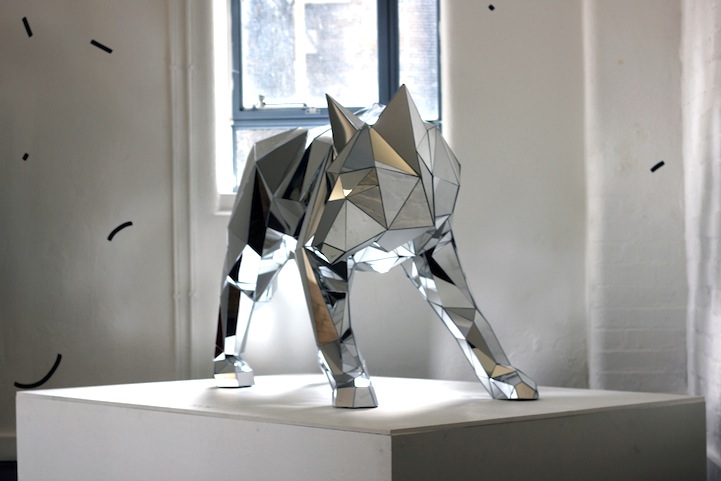 London-based artist Arran Gregory's work spans from illustration to minimalist sculptures. In a recent exhibit at The Print House Gallery, titled WOLF, Gregory featured two of his Mirrored Animals sculptures alongside a variety of his detailed illustrations. In the sculptures, Gregory uses strong geometric shapes and angles, combined with a reflective mirrored material, to create the futuristic animal figures. The two pieces at WOLF include (of course) a free standing wolf as well as the head of a rhinoceros mounted on the wall.

In an interview with Watch Me Pivot magazine, Gregory said, “I applied digital aesthetic as it appears to the human eye. My aesthetic is digital, but most of my work is in analogue format. My sculptures have this contrast: they look like something that could be produced on an industrial scale, out of a machine.” The chunks of mirrored triangle and trapezoid pieces fit very deliberately together in what could be considered a tangible representation of a pixelated object. Thus, in these depictions of living animals, Gregory is able to combine modern concepts of technology with the classic techniques of sculpture. 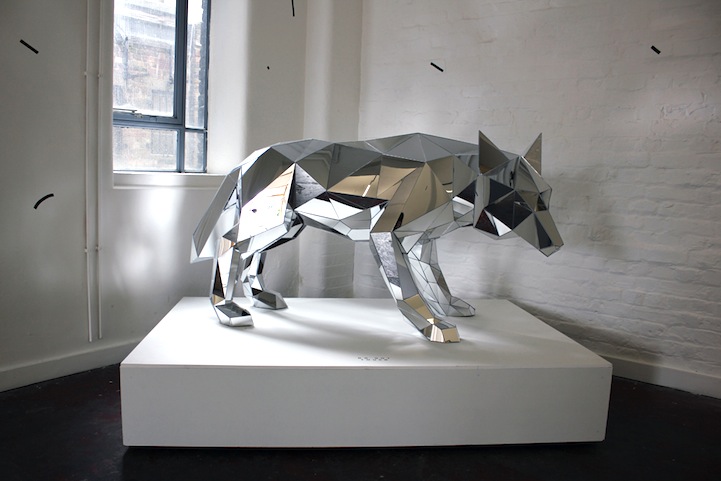 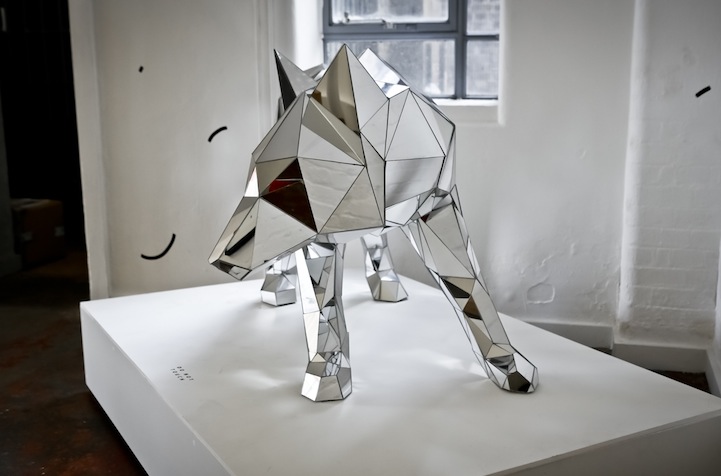 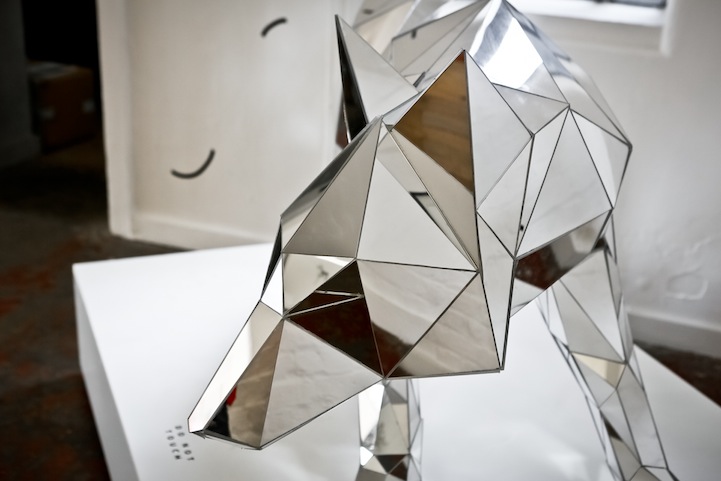 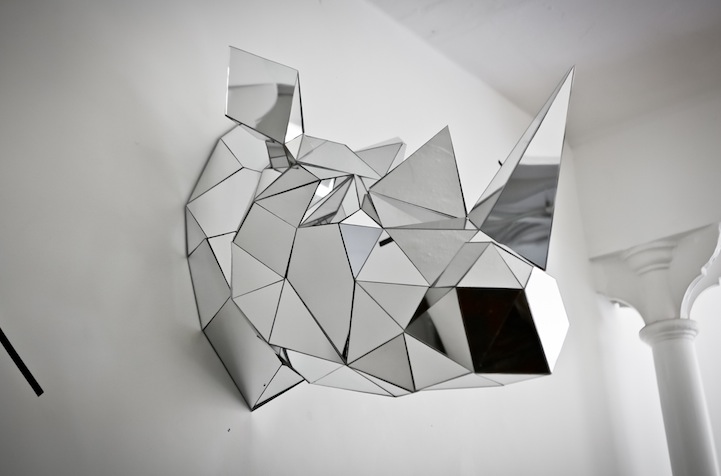 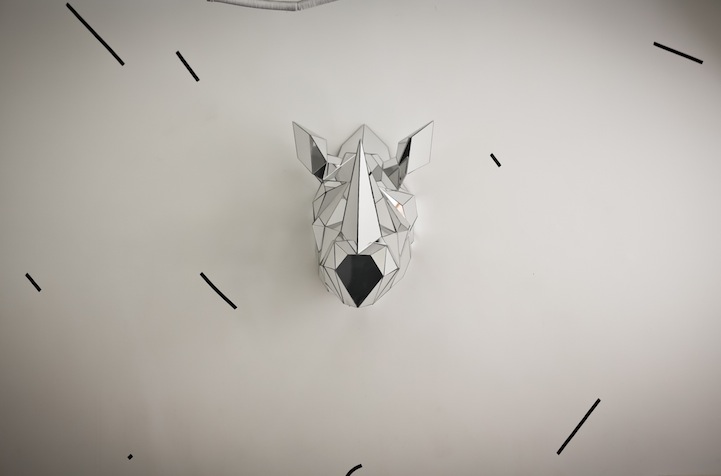 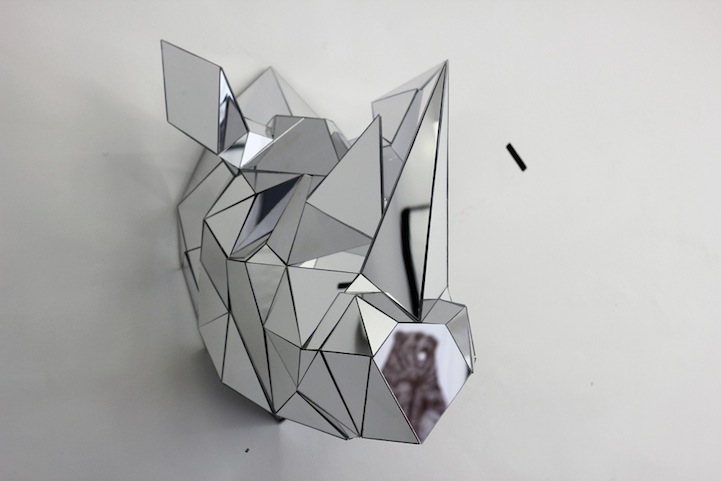