In the heart of Kazakhstan's capital lays Presidential Park, a massive public area that stretches out in front of the Ak Orda Presidential Palace. This unique landscape and architecture is part of Astana's rebirth as the capital of the former Soviet country. Spilling over nearly 60 acres, the green oasis sits within the city, filled with eye-catching symbolism.

Central to the design of this spectacular open space is a unique fountain that takes on the appearance of a bird, when viewed from above. In reality, it's not just any bird, but the Samruk—a mythical creature that symbolizes life and freedom. Each morning the fountain is dry, its granite basins forming a pedestrian square. Throughout the day, jets in the basin fill the bird with water that later cascades away like a river.

The Samruk fountain leads organically to another centerpiece of Presidential Park—the Palace of Peace and Reconciliation. After opening in 2006, the 252-foot-tall pyramid has become a top event venue and cultural attraction in the city. The building was designed by British architect Norman Foster of Foster + Partners, who is also responsible for London's famous “Gherkin.”

The Norman Foster-designed Palace for Peace and Reconciliation sits at the center of the park. 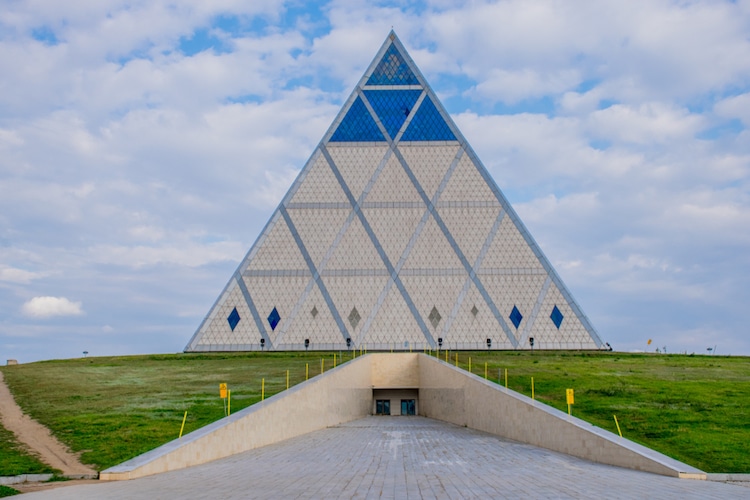 Clad in pale granite and topped with stained glass that incorporates dove motifs, the Palace was created to host Astana's triennial Congress of Leaders of World and Traditional Religions. This congress brings together religious and political leaders from around the world to discuss issues of safety and how to combat extremism. As such, the Palace has accommodations for all major world religions. The monument also contains an opera house, a museum of culture, library, and research center, making it a major symbol of Kazakstan's openness to welcoming other cultures and living peacefully. 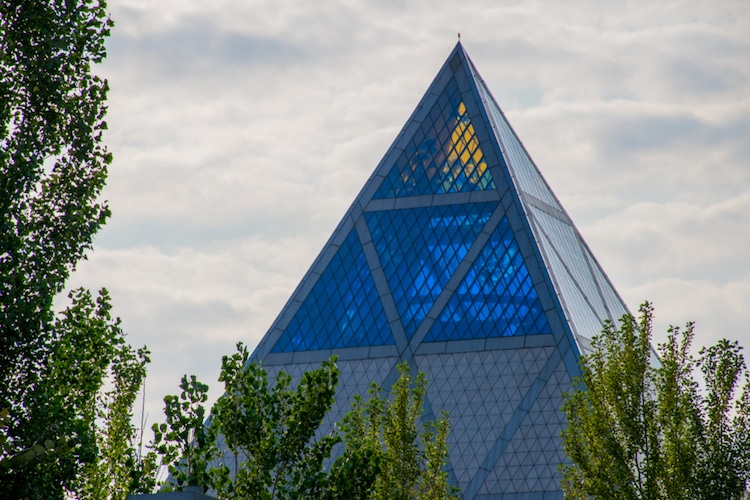 The Ak Orda Presidential Palace sits across the Ishim River, its blue and gold dome serving as a beacon in the city. 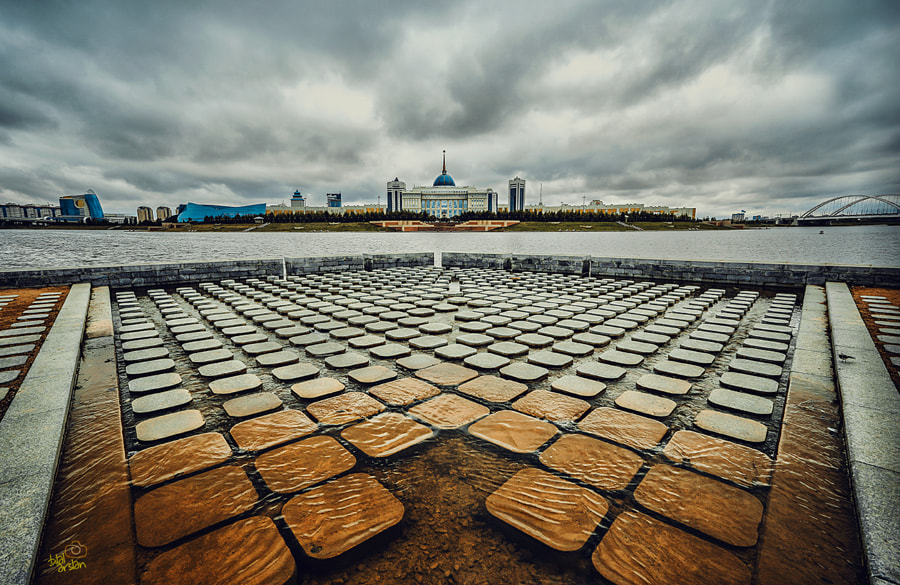 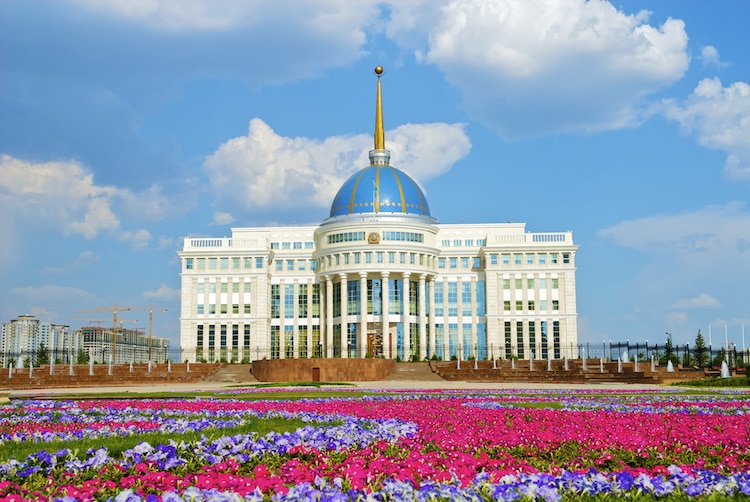 The area is an incredible triumph of design and a prime example of a planned city. After becoming the country's capital, Astana's urban area fundamentally changed and was reorganized under a master plan by Japanese architect Kisho Kurokawa. Much in the same manner that Washington, D.C. and Brasilia are planned capital cities (of the U.S. and Brazil, respectively), Astana has used its architecture and urban planning to reflect its new role as the capital of Kazakhstan. 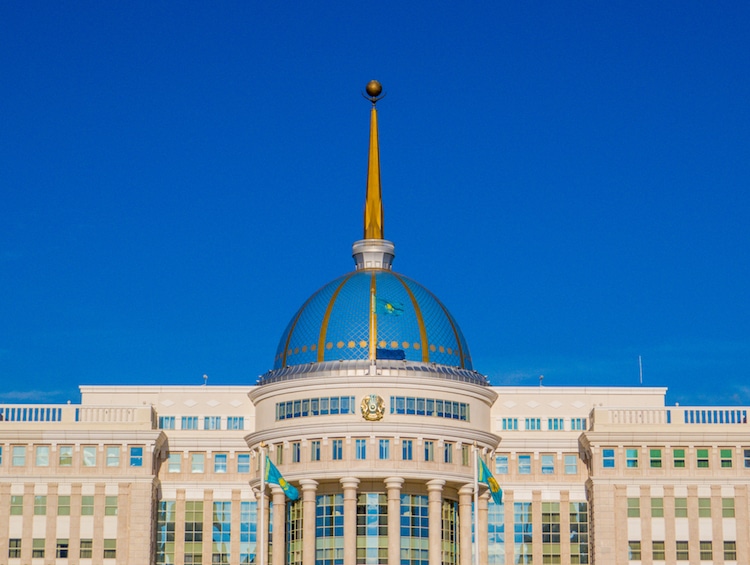 Have you visited this park? Share
Like My Modern Met on Facebook
Get Our Weekly Newsletter
Become a
My Modern Met Member
As a member, you'll join us in our effort to support the arts.
Become a Member
Explore member benefits

Have you visited this park?