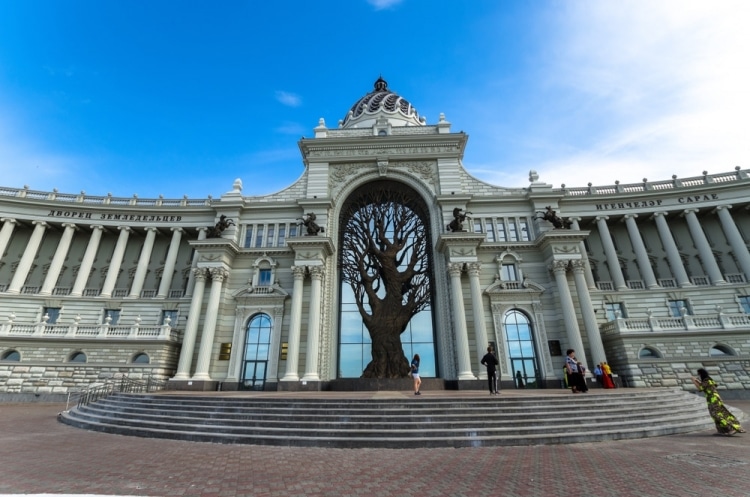 With its elaborate Ministry of Agriculture, the Russian city of Kazan has created a stunning building that marries artistry with function. As the capital of the Republic of Tatarstan, Kazan has undergone a complete renovation since 2000, with architecture signaling a new era for the city. And perhaps no building signifies the city's new cultural boom more than the Ministry of Agriculture.

The eclectic piece of architecture is filled with symbolism, but it's the 65-foot-tall bronze tree that is the building's showstopper. Construction company Antica built the palace designed by architect Leonid Gornikin in just two years. Nestled in the main archway, the tree is a fitting reminder that the space is truly the “Palace of Farmers.”

By day, the magnificent tree casts delicate shadows inside the main foyer, while at night a symbolic illumination emphasizes the classical nature of the architecture. The tree and central dome are bathed with green light, while the rest of building is illuminated in white. “The different lights complement each other but mean different things: the tree represents the connection with nature, and the dome is an example of the classical architecture in its modern execution,” writes Antica.

As the palace is located close to the Kazan Kremlin, the city's historic citadel, the design pays homage to classical architecture. Elements of Neo-classical and Art Nouveau architecture were incorporated, but the building's square footage was built up horizontally instead of vertically. In this way, the new building complements, instead of competes with, the Kazan Kremlin.

The eclectic architecture of Russia's Ministry of Agriculture is topped by a 65-foot bronze tree engulfing the building's archway. 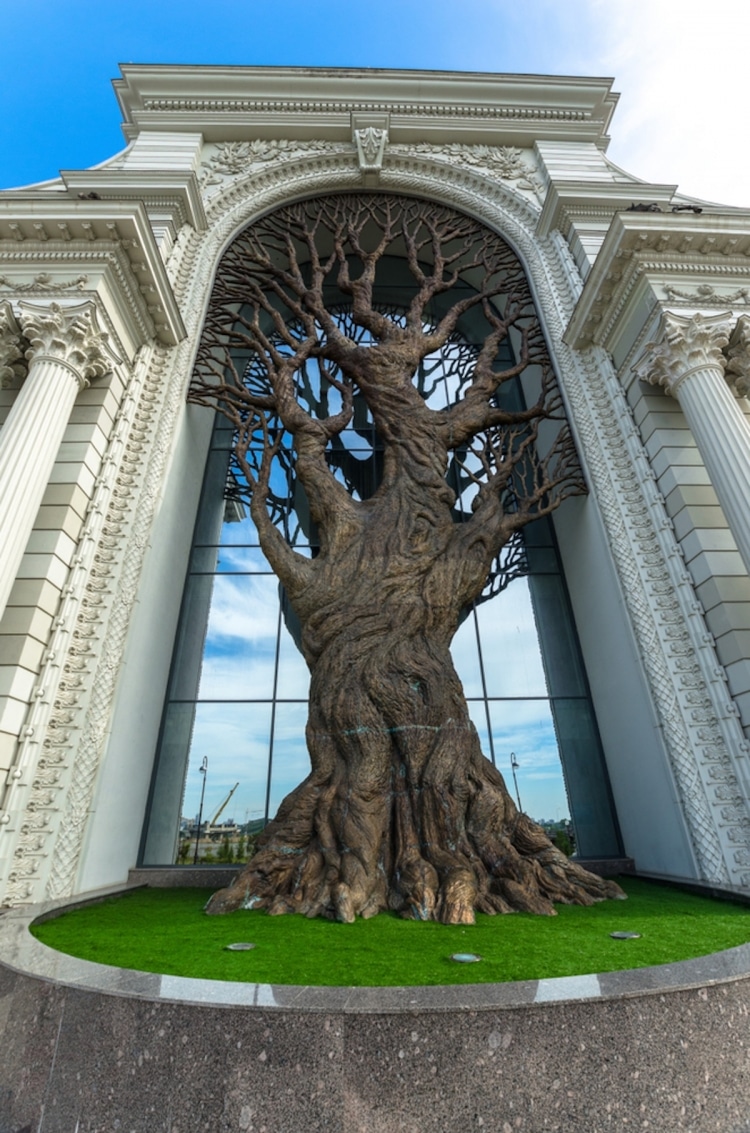 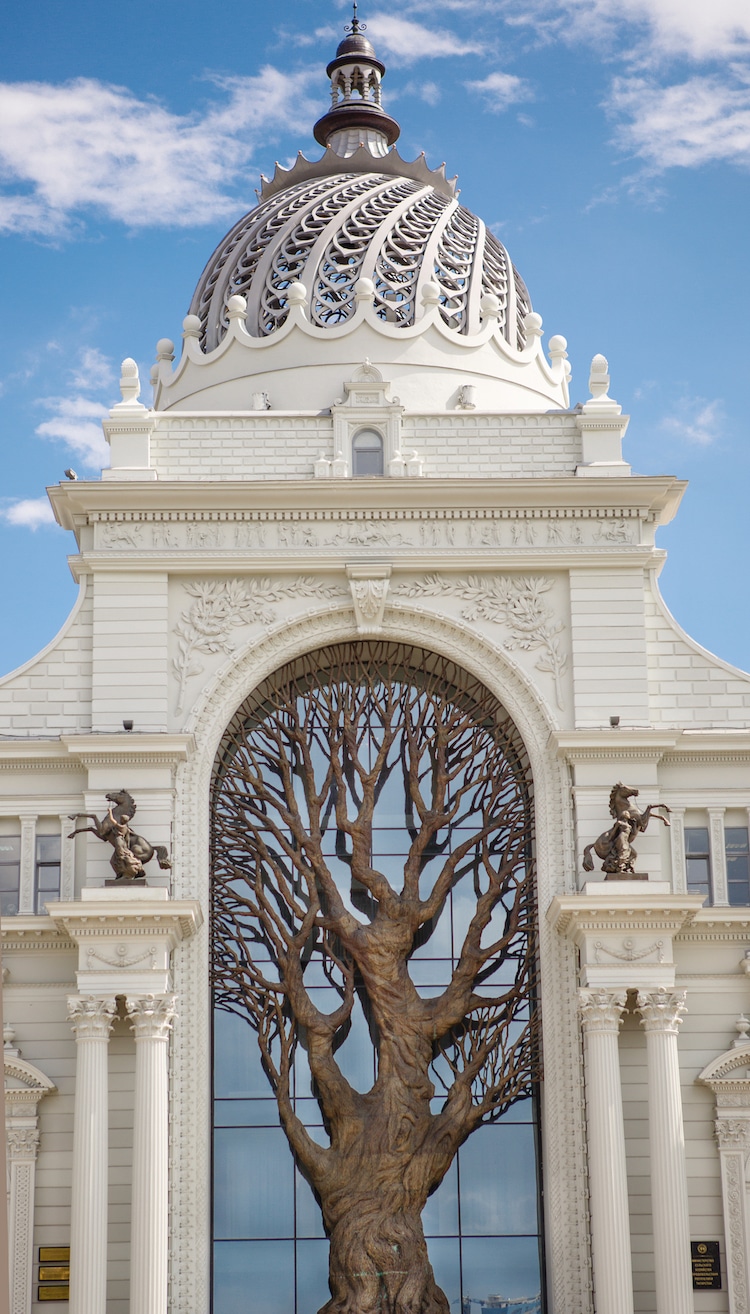 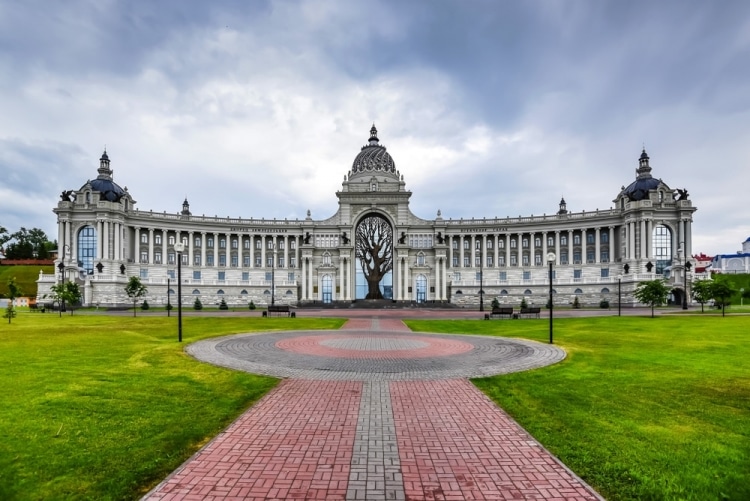 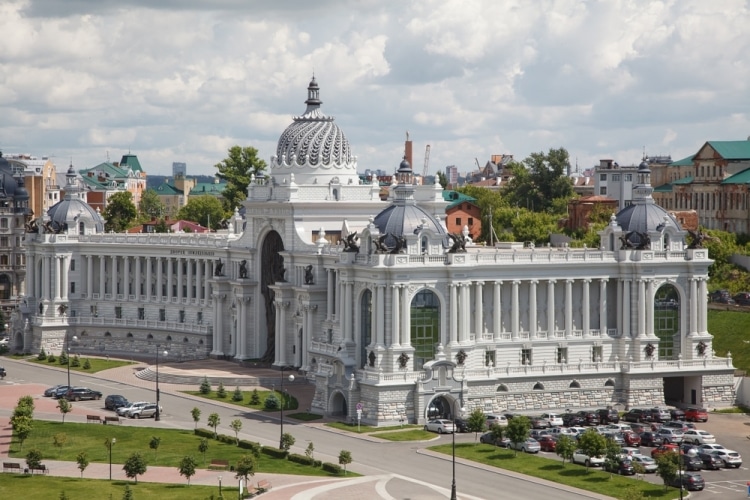 At night, the tree is illuminated with green lights to highlight its beauty and symbolism. 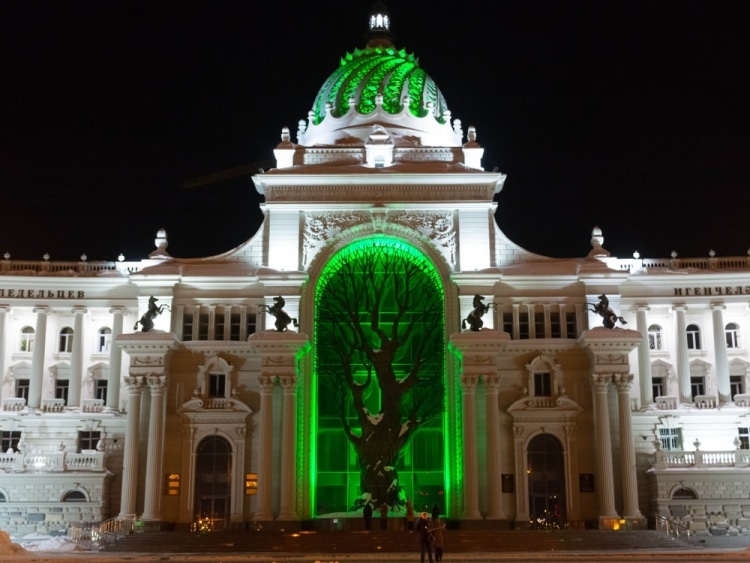 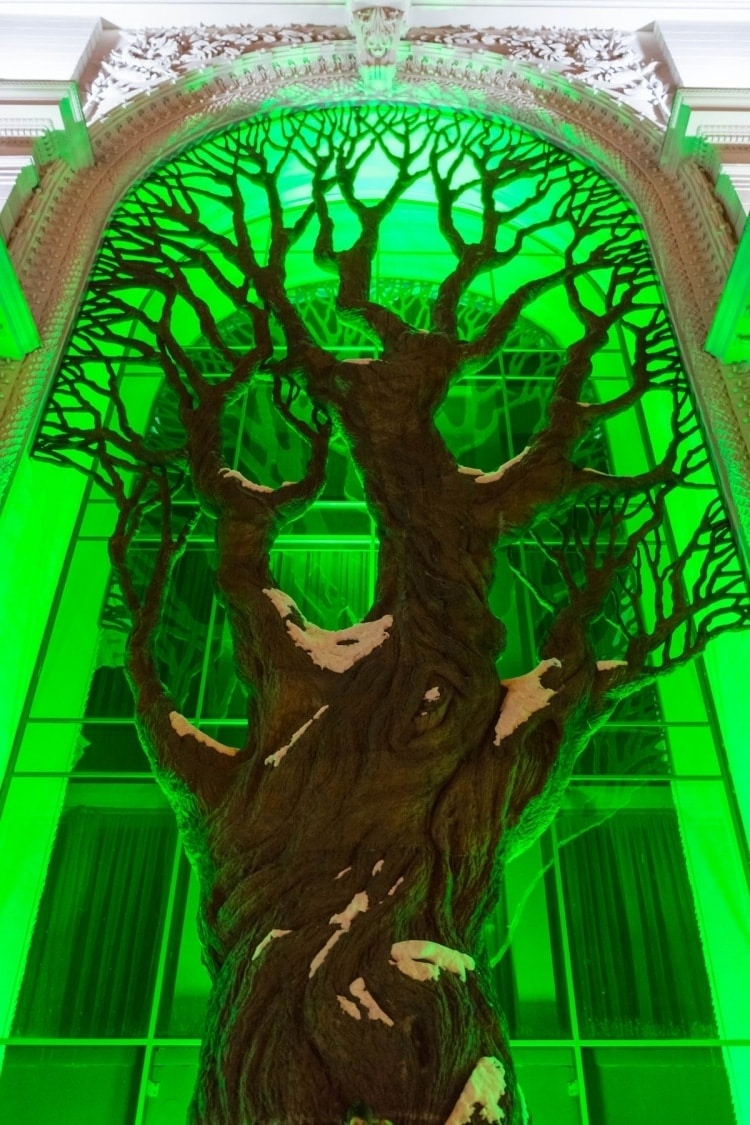 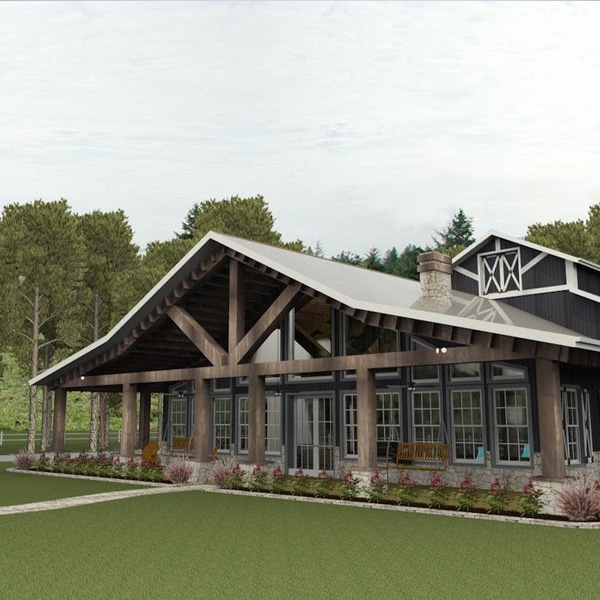