‘Atlas of Endangered Alphabets’ Preserves Indigenous Scripts from Around the Globe 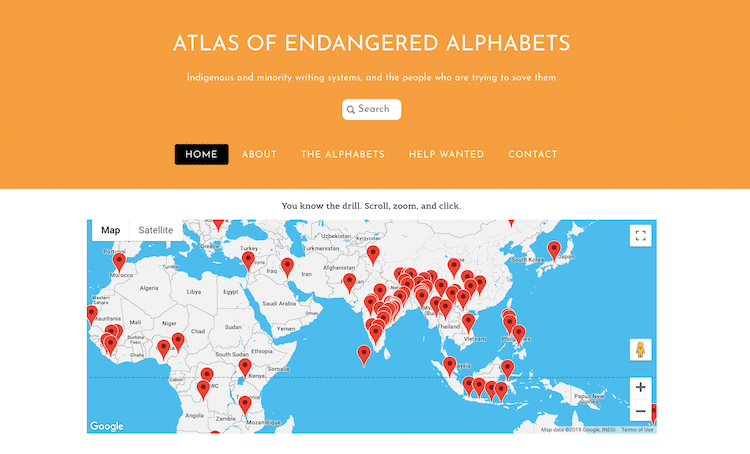 With appreciation for typography, hand-lettering, and calligraphy on the rise, there's more attention than ever on the diversity of scripts that exist in the world. While many of us are familiar with the basic Arabic, Chinese, Latin or Cyrillic alphabets, there is incredible variety in global writing systems. Since 2009, Tim Brookes, the founder of non-profit Endangered Alphabets, has made a concerted effort to help preserve writing systems in danger of disappearing.

The organization estimates that one-third of alphabets are in danger of disappearing, with minority and indigenous people on the cusp of losing an important part of their heritage. By creating artwork, educational opportunities, and online resources, the non-profit hopes to bring renewed interest and opportunity for these nearly-forgotten scripts. One of their largest projects, the Atlas of Endangered Alphabets, is an exceptional resource for preserving minority and indigenous writing systems.

The founders are quick to point out that the word alphabet is used as a shorthand for many different writing systems. Abjads, abugidas, syllabaries, and pictographic systems are also included. Through the Atlas, it's possible to take a world tour and understand more about how these systems developed.

For instance, the Garay alphabet was developed in 1961 as a way to write the Wolof language. Wolof is the most widely spoken language in Senegal and the development of this alphabet is a direct response to colonialism. Kulitan, a script used to write Kapampangan, was the victim of preference by colonizers in the Philippines. When Tagalog was pushed as the primary language by colonizers who failed to recognize the rich cultural diversity of the Philippines, many other native languages fell by the wayside. While the script is still used in seals, logo, and heraldry, there is a movement to revive its use in literature. 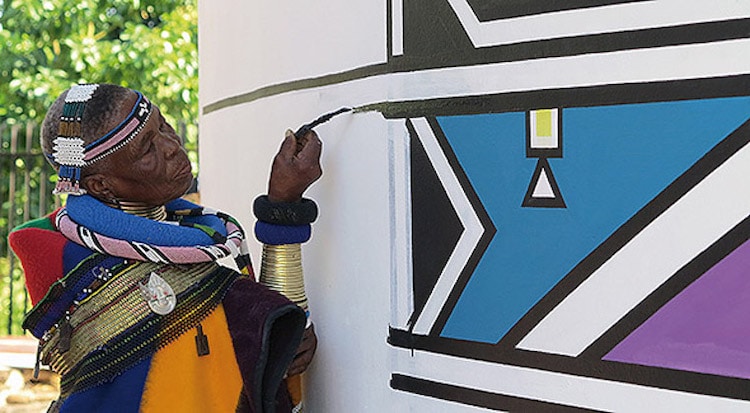 Other writing systems blend symbolic and decorative patterns into their core. This is particularly common in Sub-Saharan Africa, which includes the vivid Ditema tsa Dinoko script. One famous practitioner, South African artist Ester Mahlangu, even used it in commissions for BMW and British Airways.

“There has been a long-held assumption that the African continent has been largely without design,” writes Barbaro Martinez-Ruiz, the Unknown Union art director, “which has, in turn, led to assumptions (and associated stigma) about Africa and African descendants in the diaspora lacking history and creativity.” These sentiments are just some of the reasons why the Atlas of Endangered Alphabets is of critical importance.

In a year that the UN has declared the International Year of Indigenous Languages, it's more important than ever to celebrate these writing systems before they disappear. It's possible to search the Atlas by map or alphabetically, as well as contribute your own knowledge about other alphabets in danger of extinction.

The Atlas of Endangered Alphabets is a free resource for preserving minority and indigenous writing systems. 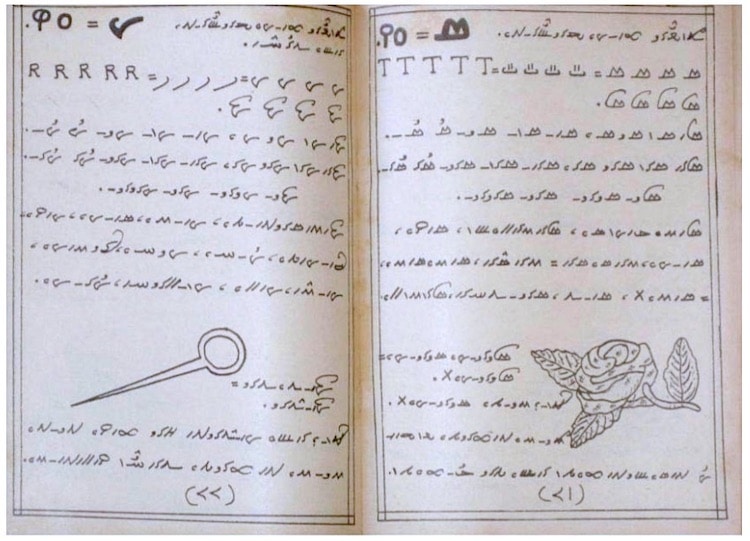 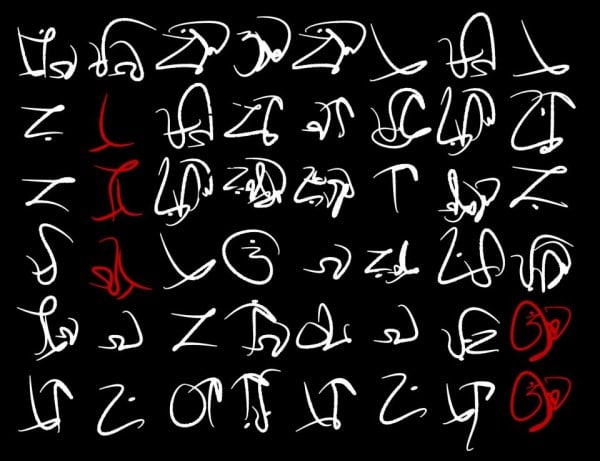 All images via the Atlas of Endangered Alphabets.