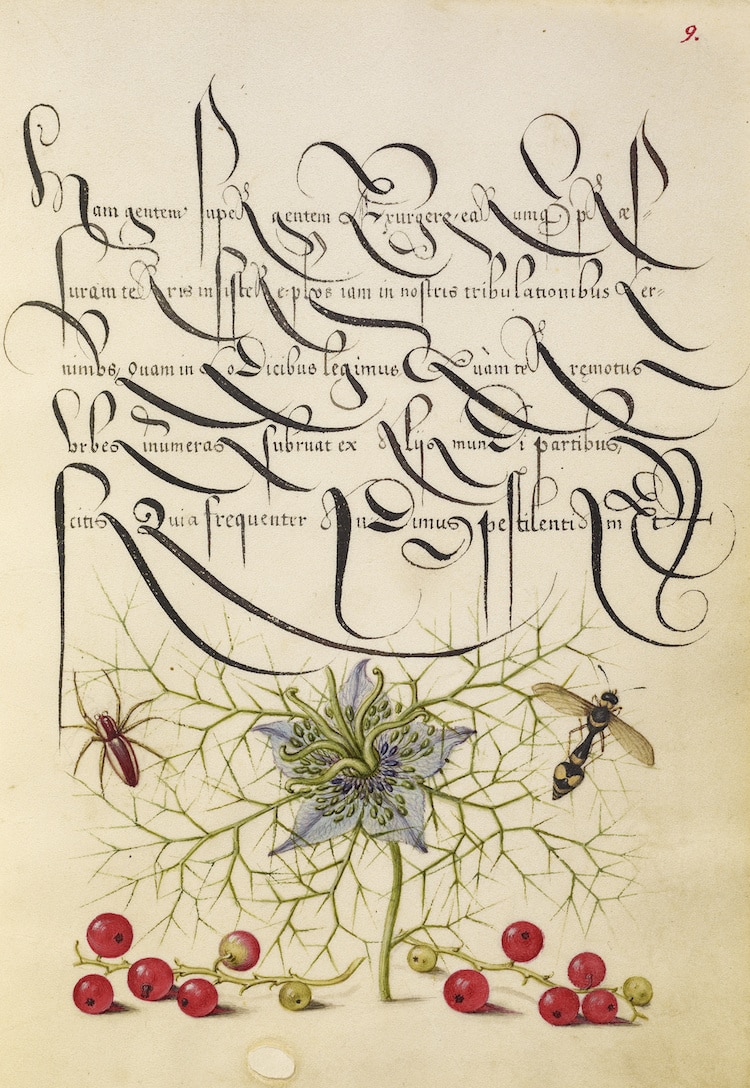 “Spider, Love-in-a-Mist, Potter Wasp, and Red Currant”
This post may contain affiliate links. If you make a purchase, My Modern Met may earn an affiliate commission. Please read our disclosure for more info.

Calligraphers today have multiple tools at their disposal, including digital means to preserve their beautiful work. Hundreds of years ago, they weren't as fortunate. Technology wasn't at enough of an advanced level until about 1440, when the invention of moveable type on the printing press forever changed the way that texts were published. Increasingly, instead of labor intensive hand lettering, texts were printed for widespread consumption. By the 16th century, printed books were taking hold, making practitioners of calligraphy anxious to ensure that their skills would not be forgotten.

Georg Bocskay, secretary to the Holy Roman Emperor Ferdinand I, was one such scribe who wanted to preserve his legacy. Between 1561 and 1562, he created Model Book of Calligraphy (Mira Calligraphiae Monumenta) in order to record all the types of writing known to him. Thirty years later, Ferdinand's grandson, Emperor Rudolph II, decided to make his own mark on the manual by commissioning Hungarian/Flemish illustrator Joris Hoefnagel to intervene on the pages.

Hoefnagel added a wide variety of flora and fauna that enhance Bocskay's original work, so much so that it's hard to believe it wasn't a collaboration. Thanks to the Getty Museum, it's now possible to view Model Book of Calligraphy in detail and zoom in on the intricacies of both men's work. The harmony and balance of the design, when viewed in its totality, is astonishing. Hoefnagel integrates his delicate color illuminations into the script without overpowering the original significance of the manual. Additionally, he added a section about creating the letters of the alphabet in lower- and uppercase, demonstrating that he never forgot the original mission of the book.

Bocskay's work shows an incredible aptitude for calligraphy, each page highlighting a new style of script. From chunky lettering straight from a fairy tale book to delicate, intricate lines that let the letters float from the page, his work is a valuable look at 16th-century script.

Model Book of Calligraphy is a stunning 16th-century manual that was created over the course of 30 years. 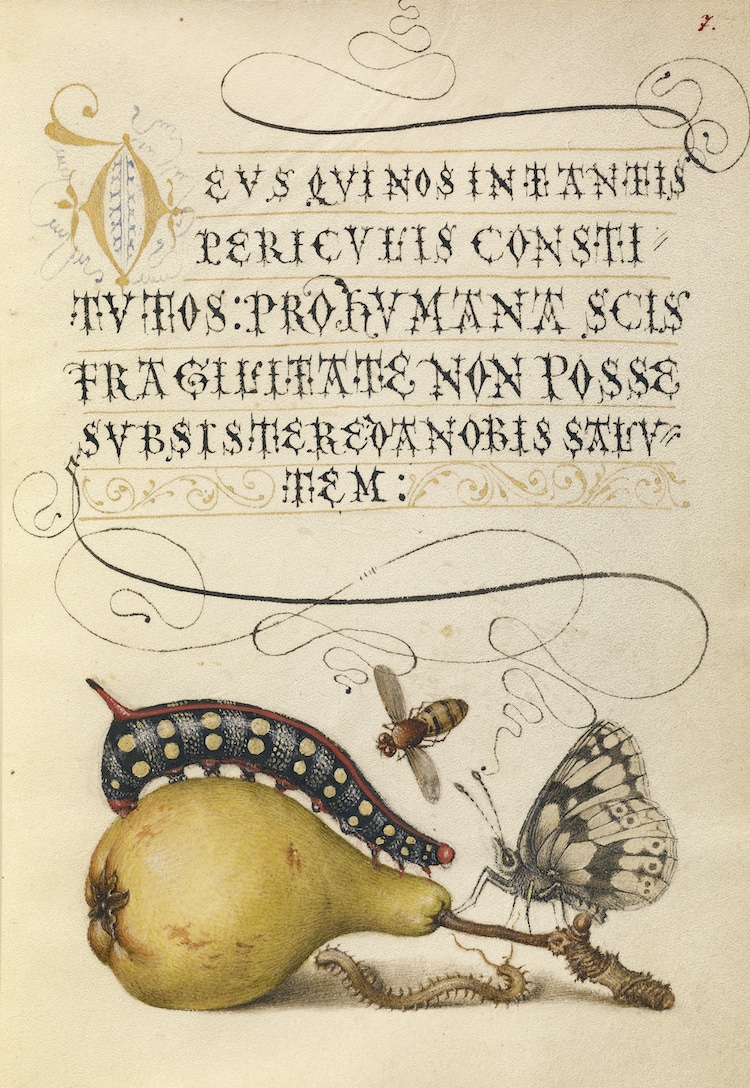 The manual was created between 1561 and 1562 by the secretary of Holy Roman Emperor Ferdinand I. 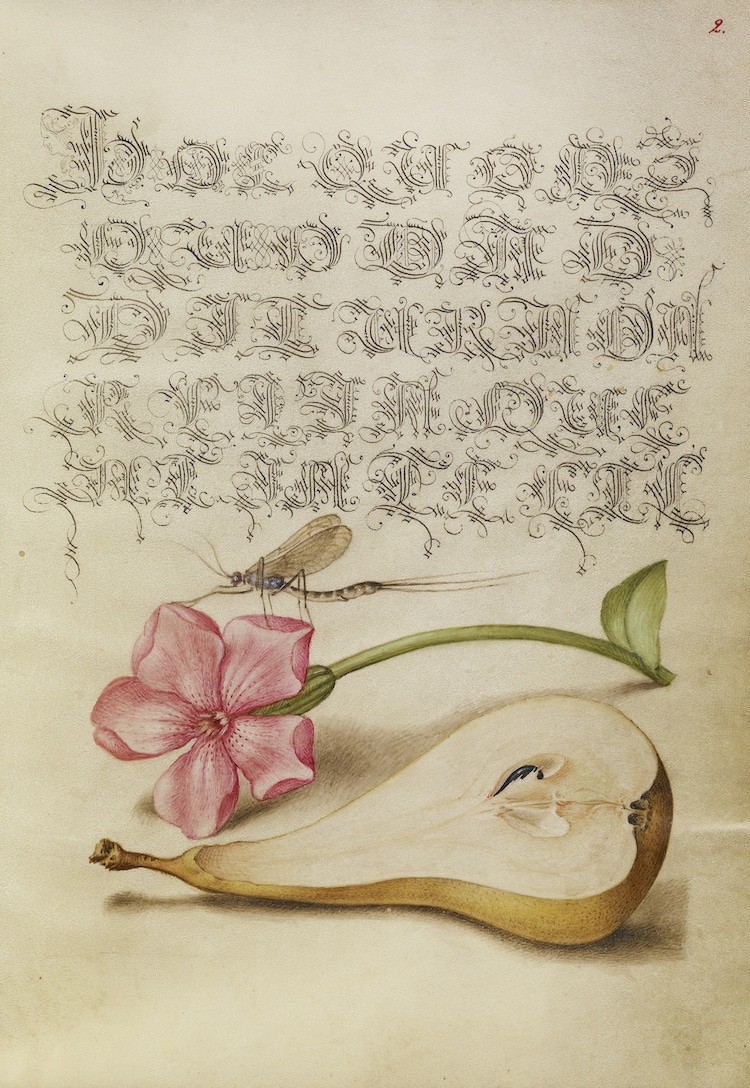 Between 1591 and 1599, the color illuminations of flora and fauna were added by a different artist. 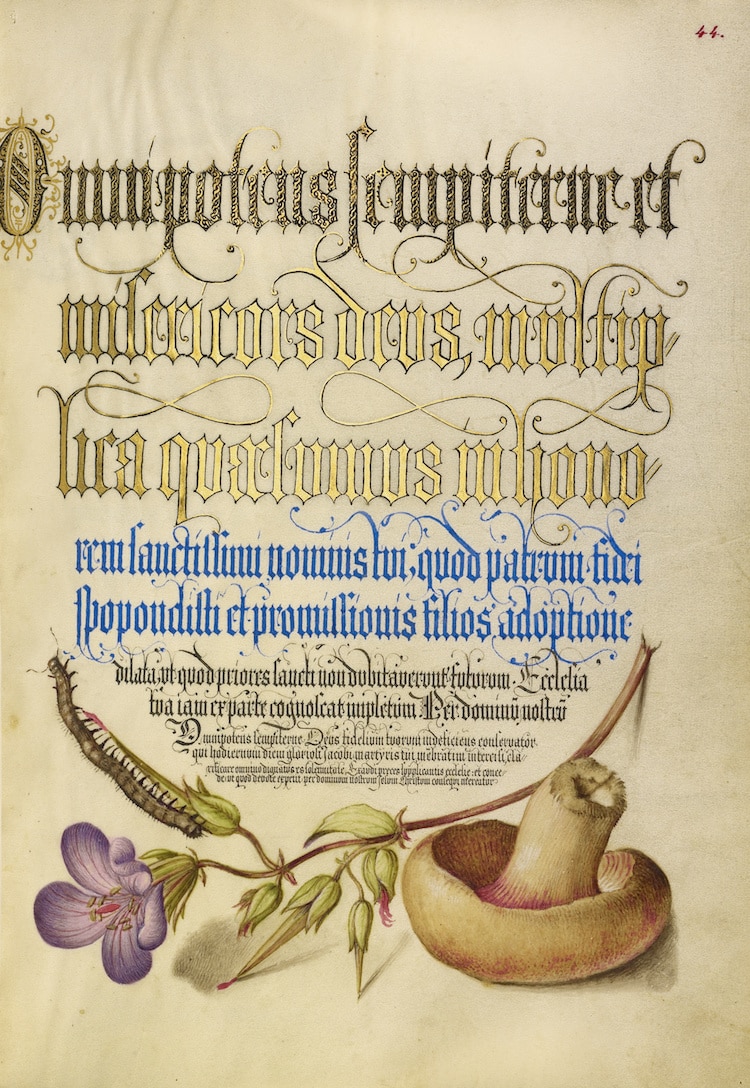 The illustrations work harmoniously with the calligraphy, even if executed decades apart. 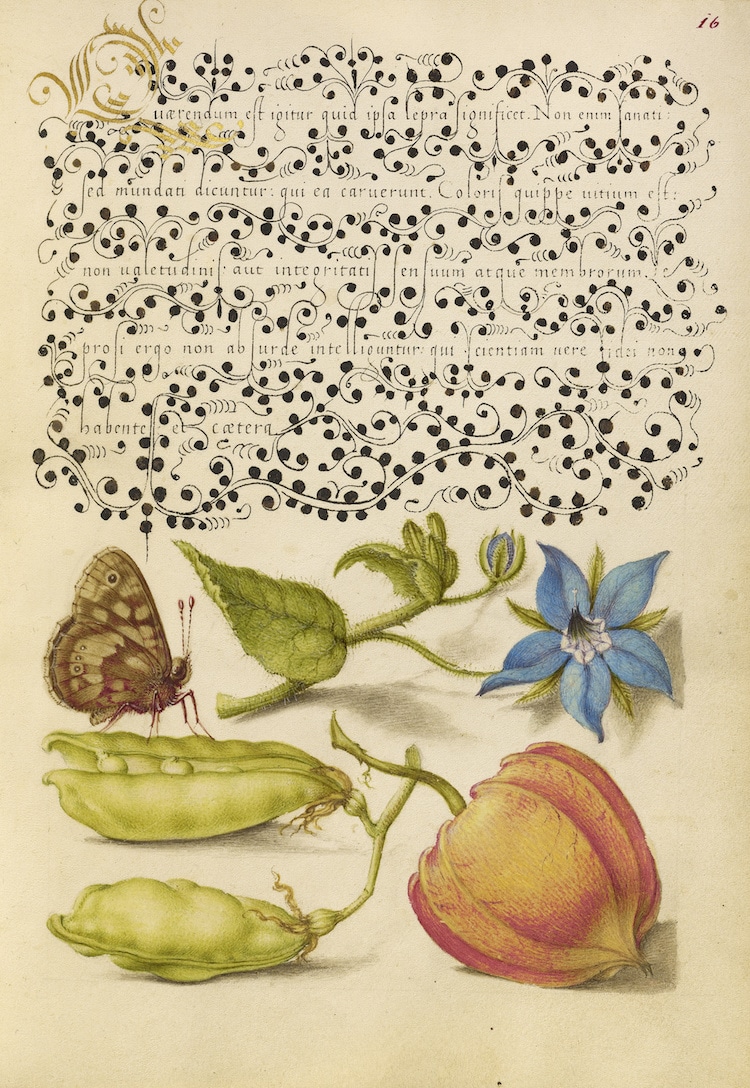 The manual is now available to view and download for free thanks to the Getty Museum. 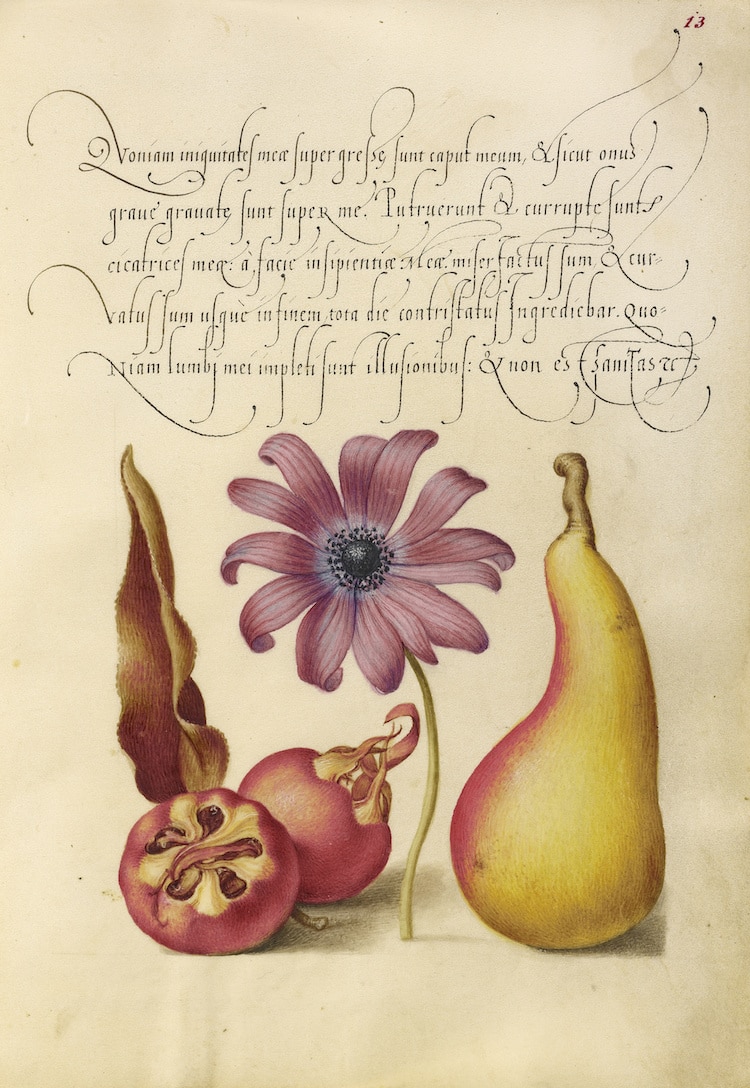 All images via the Getty Museum.