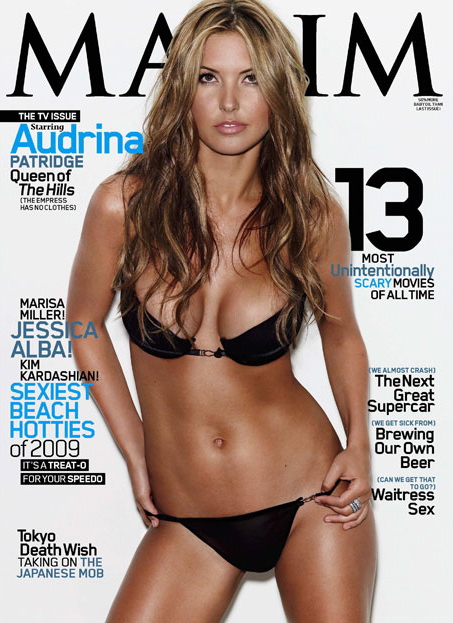 Audrina Patridge covers the October 2009 issue of Maxim Magazine. Best known as the sole brunette on MTV's “The Hills,” (and for that Carls' Jr. hamburger commercial), Patridge is trying out horror films with “Sorority Row,” premiering this weekend.

Amazed by the rumors that buzz around her, she's heard “That I have chin implants, cheek implants, a nose job…God, everything. I took my brother out one night, and he was my boyfriend the next day. I went out with a cousin another night, then he was my boyfriend. Someone also said I was pregnant with somebody's love child. I was like, ‘Do I look pregnant?'” 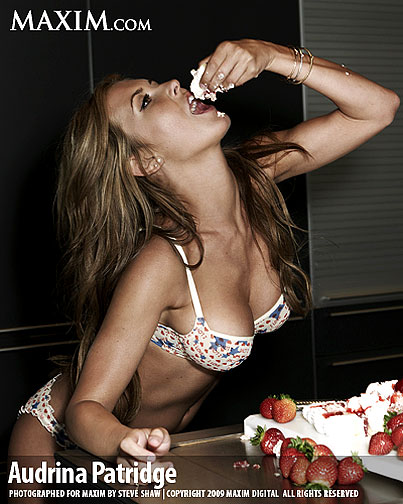 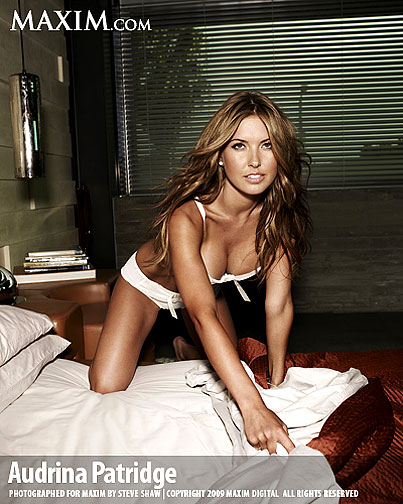 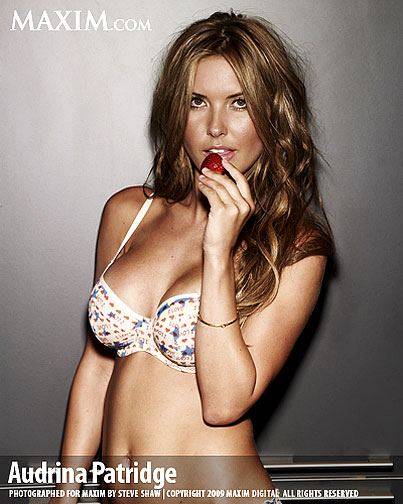 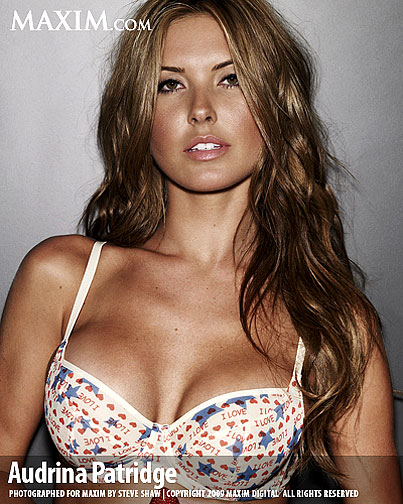 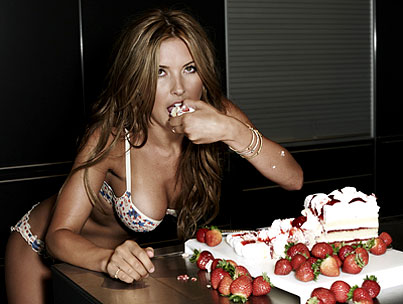 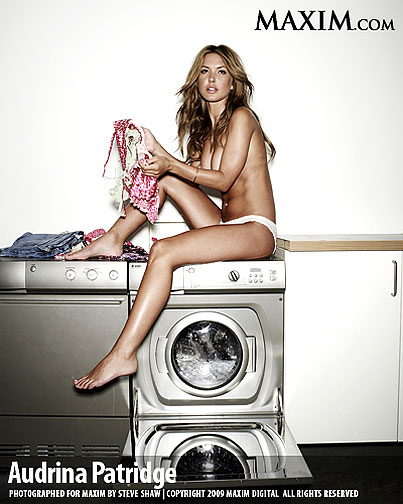 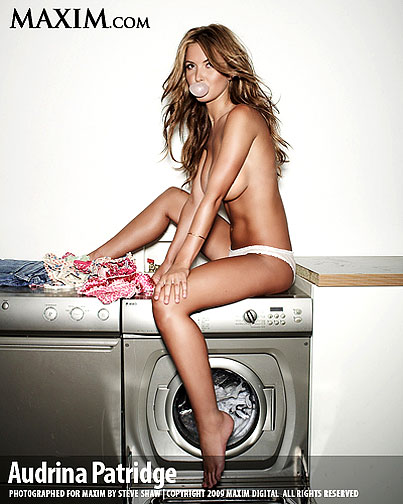 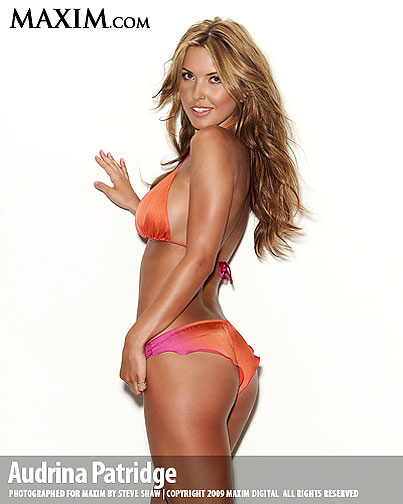 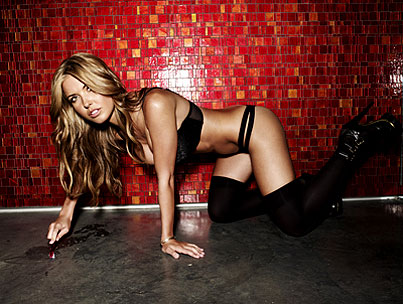 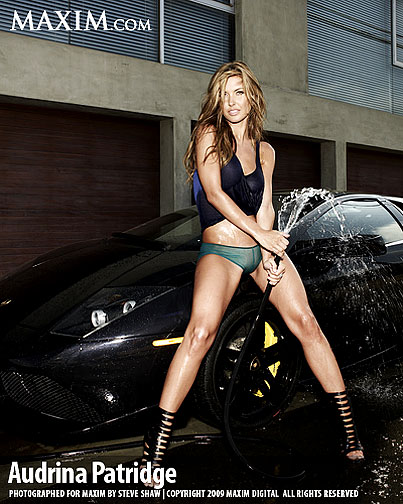