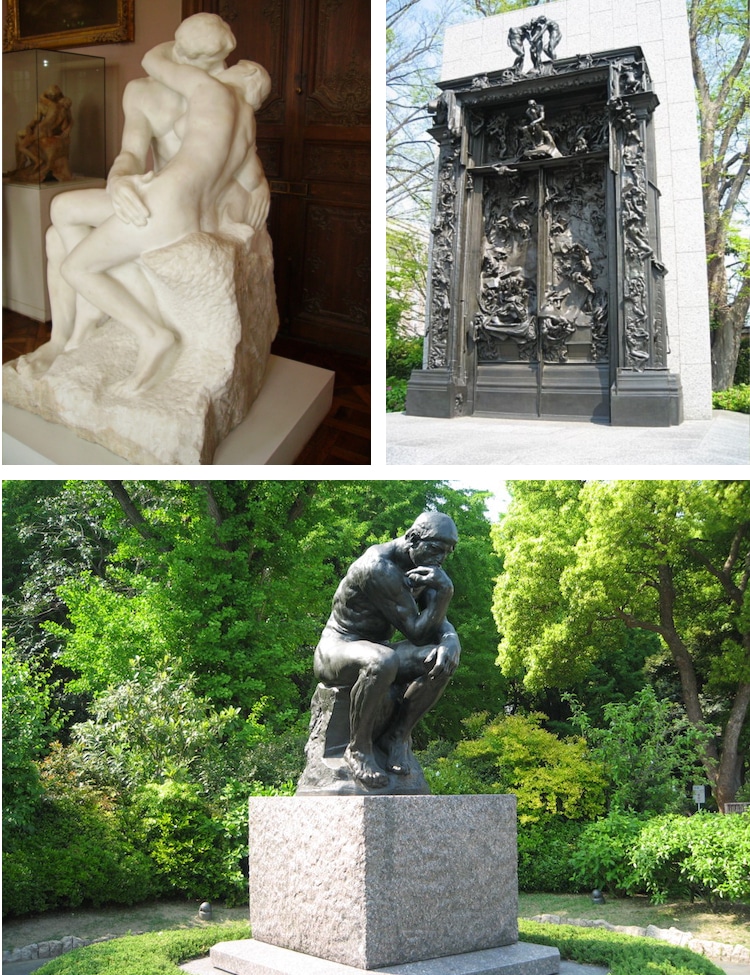 Fascinated by the human body, prolific sculptor Auguste Rodin is renowned for his figurative sculptures. While the artist dabbled in everything from historic busts to anatomical studies, he is most well-known for his larger-than-life depictions of full-length figures, including The Thinker, The Kiss, and The Three Shades.

While castings of these sculptures suggest they originated as stand-alone pieces, these iconic works of art were actually adapted by Rodin from a single sculpture: The Gates of Hell. Created by the artist at the turn-of-the-century, this masterpiece would go on to play a hugely significant role in the artist's career, life, and legacy.

Here, we look at this unique series of sculptures, starting with the one that started it all: The Gates of Hell.

The Gates of Hell 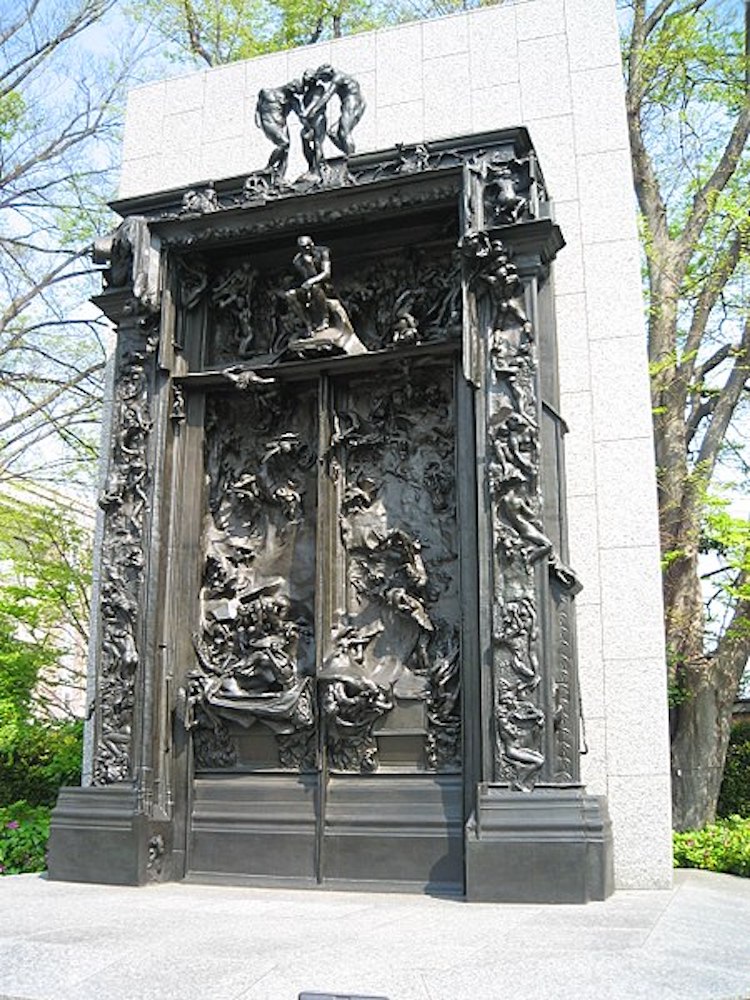 In 1880, Rodin began working on The Gates of Hell, a colossal double door sculpture portraying a narrative from Dante's Inferno. Created over the span of 37 years, the piece features 180 figures and stands at a towering 20 feet. 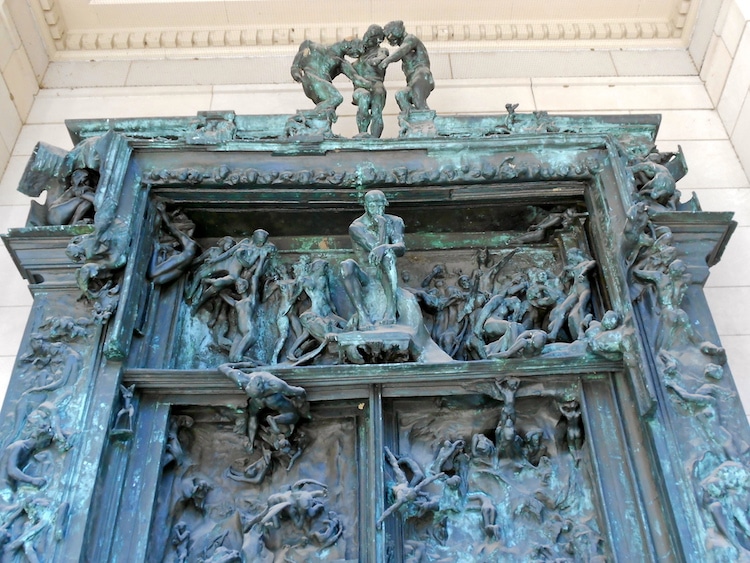 The door was created as an entrance into a planned (yet never realized) Decorative Arts Museum in Paris, France. Conceptually, it was inspired by the first part of The Divine Comedy, an epic poem from the 14th century. Aesthetically, it was influenced by Ghiberti's Gates of Paradise—a pair of gilded bronze doors featuring relief sculptures of Biblical scenes—as well as Michelangelo's Last Judgment in the Sistine Chapel. 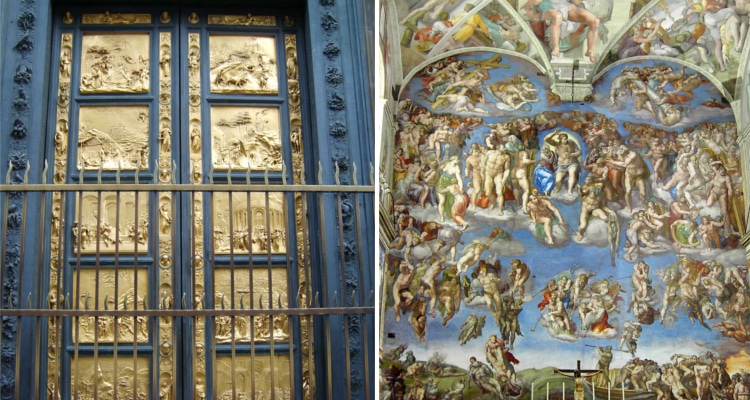 Rodin worked on the piece from 1880 until his death in 1917. During this time, he constantly re-worked his design, even starting over from scratch at one point. However, citing his “50 years of artisanship and experience,” he was confident in his plans. Unfortunately, he never saw his plaster model—located in Paris' Musée d'Orsay—cast in bronze. 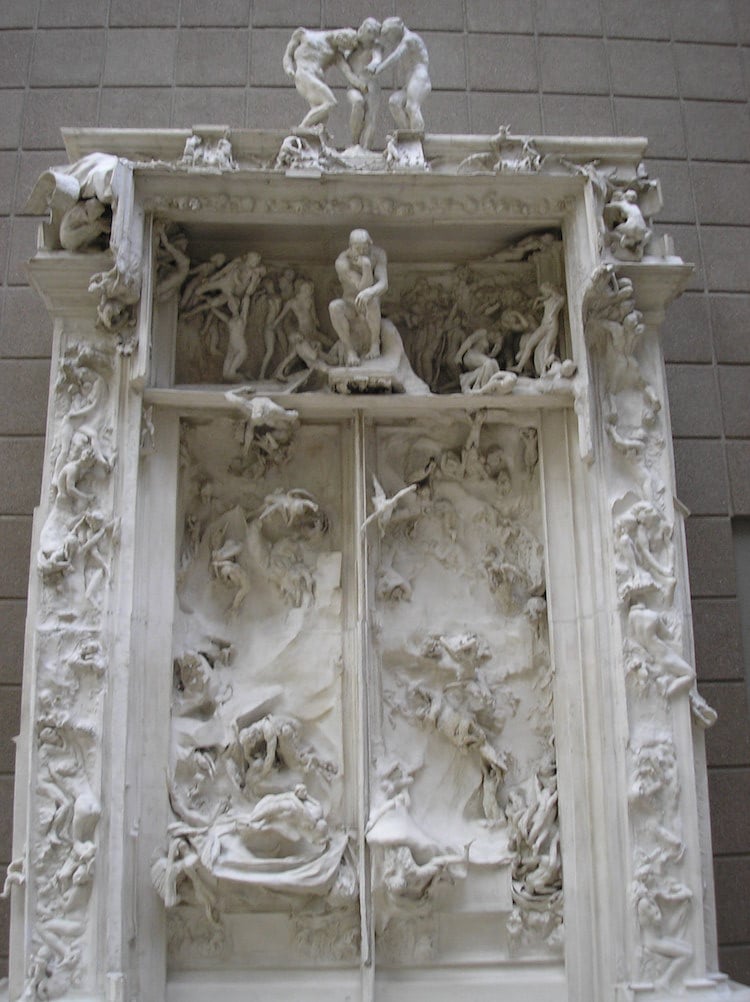 Several figures found in The Gates of Hell were adapted as individual sculptures by Rodin. These include: The Thinker, The Kiss, and The Three Shades. 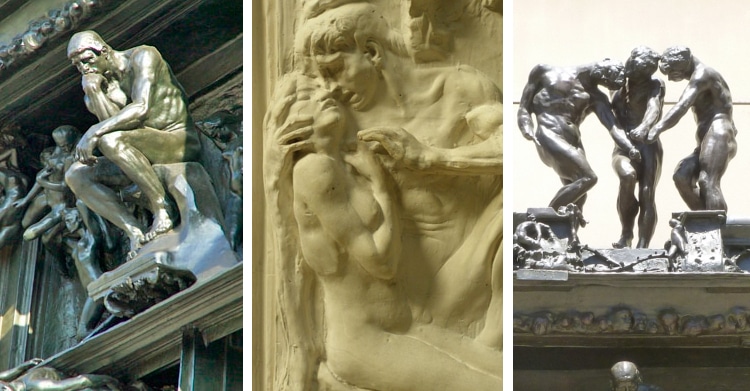