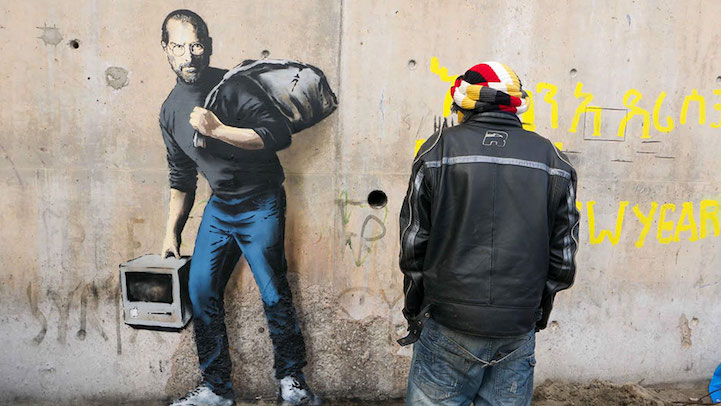 Proving once again that art can be more powerful than words, Banksy has emerged with several new artworks in Calais, a refugee camp in France also known as the “Jungle.” Approximately 7,000 migrants and refugees call this their temporary home, the majority from Syria, Afghanistan and Eritrea.

His most provocative piece features one of the most prolific innovators of our time, the late Steve Jobs, carrying an early Apple computer among other possessions. Jobs was the son of a Syrian migrant, and arrived in America after World War II. Next to the piece is some graffiti that states, “Nobody deserves to live this way!”

In a rare statement, Banksy said, “We're often led to believe migration is a drain on the country's resources, but Steve Jobs was the son of a Syrian migrant. Apple is the world's most profitable company, it pays over $7 billion a year in taxes – and it only exists because they allowed in a young man from Homs.”

Found on another wall along the French port, is a piece based on Theodore Gericault's famous painting Raft of the Medusa. However, unlike the original, this version depicts refugees waving towards a luxury yacht. 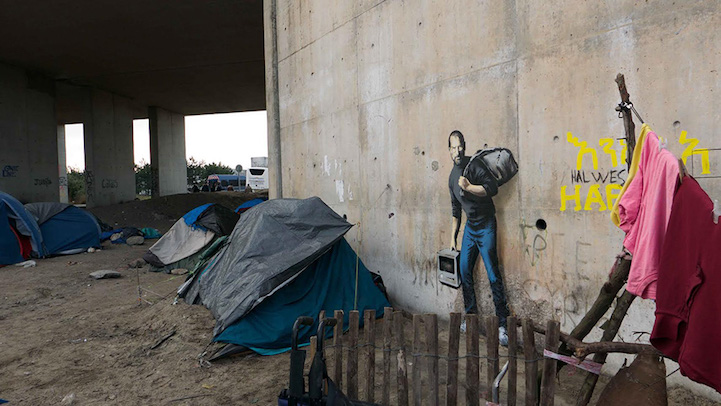 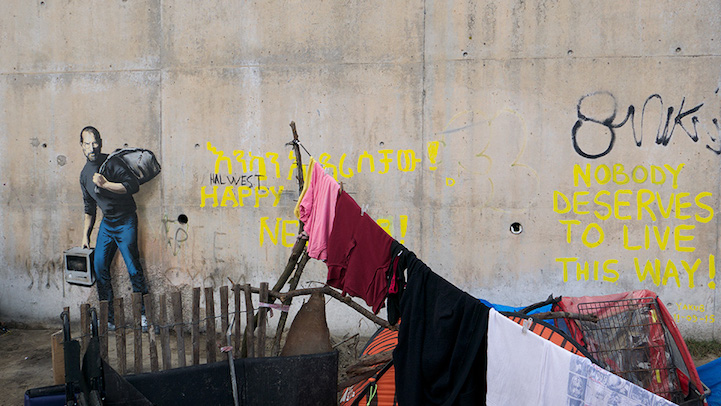 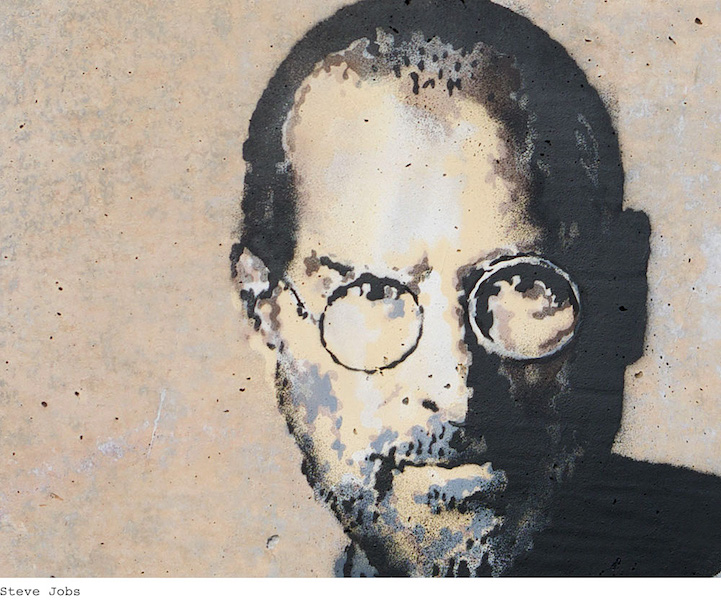 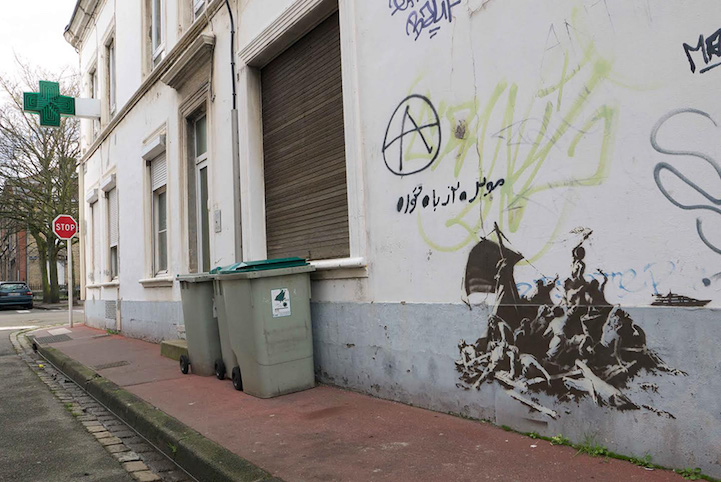 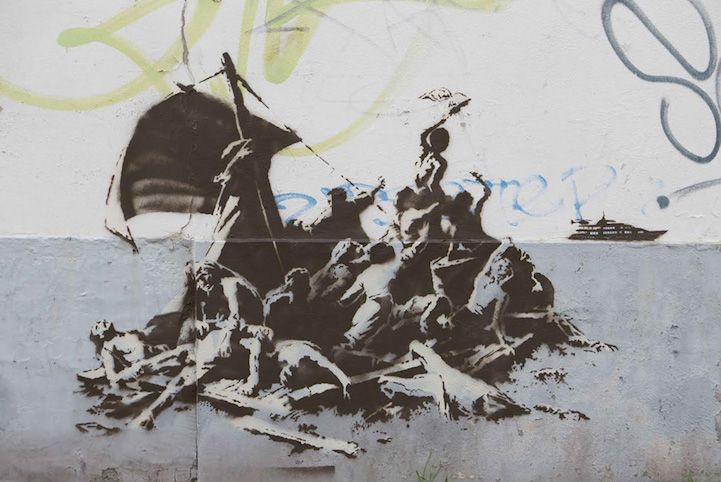 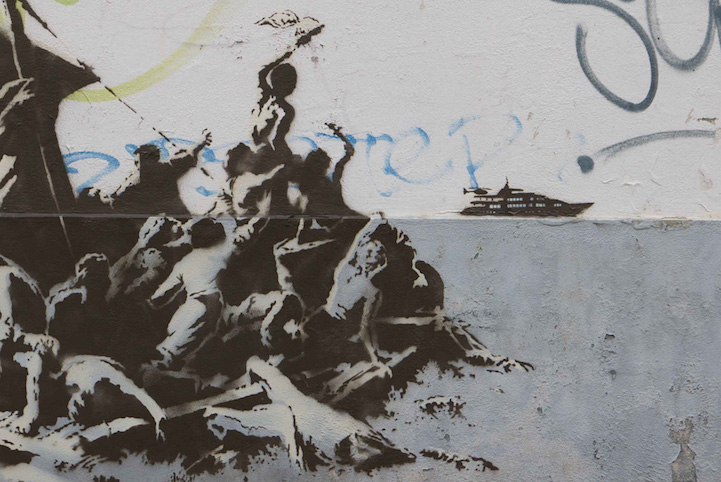