New Banksy Project Set to Exhibit on Streets of NY 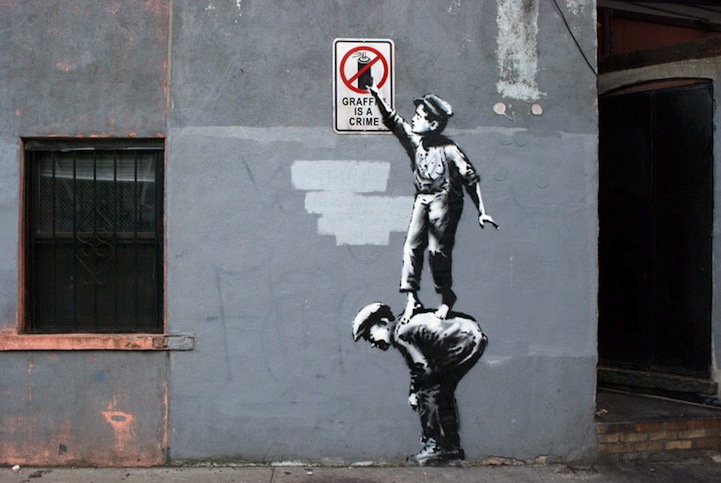 Banksy is back with a brand new street project in New York called Better Out Than In. The elusive street artist plans to exhibit an entire art show on the streets of New York for the entire month of October, treating the city that never sleeps like a giant museum. He has just revealed his first piece in lower Manhattan featuring two kids, seemingly from an era that predates child labor laws, interacting with a sign that reads “GRAFFITI IS A CRIME.”

For this inventive project, the artist's sense of humor extends beyond the visual work on public walls. Much like going to a museum and having the opportunity to gain extra insight about a piece with a personal audio tour (through a pair of headphones that you typically pay extra for), Banksy provides anyone with access to a phone a toll free number with an option number (presumably corresponding to the date/piece in the series) to accompany each work. Viewers are urged to dial the adjacent phone number for an audio recording to listen to that playfully pokes fun at this type of museum feature by stating the obvious along with a few witty remarks.