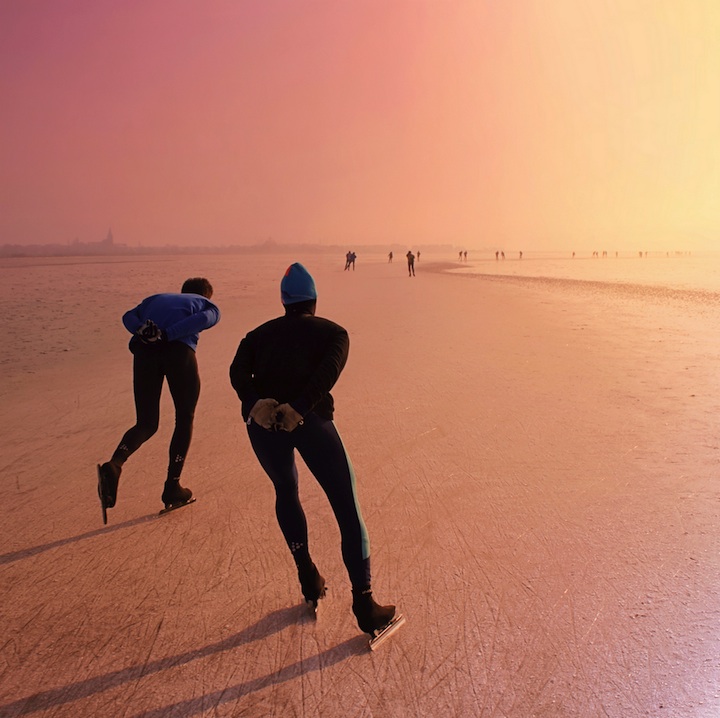 While most of us can only take so much of the cold winter weather, many of those living in the Netherlands hope for even colder temperatures. Perhaps we would too if we got to enjoy outdoor winter sports like this. Amsterdam-based photographer Ben Visbeek recently took some breathtaking photos of the Dutch ice yachting and skating on the Gouwzee, a bay in North Holland.

As Visbeek writes, “The Netherlands is a small country of 16 million people, but it boasts a quarter of a million competitive speedskaters, and millions more who skate for fun. What's the story? Natural ice in the Netherlands is a rare occurrence. In fact, some winters there's no natural ice at all. Maybe that explains why the Dutch love to skate outdoors. They hardly ever get the chance! But when a cold wave hits, and the interconnected maze of canals, rivers and lakes freeze over, it's a spontaneous celebration, a national holiday.

“Today, same as last year, we could ice skate on the Gouwsea. Ice skating can be done from Monnickendam to Marken and from Marken to Volendam. Infinite sea of ice is perfect for ice skating journeys. Besides ice skating Dutch also love ice yachting. This is the sport of sailing and racing iceboats and is very popular in the Netherlands. Ice boats are racing at a speed of 100 km an hour over the ice of the Gouwsea.”

“For the ice-yacht sailors it's always a race who will cross the Gouwsea first to Marken. When the first ice-boats tested and crossed the Gouwsea the skaters will soon follow.” 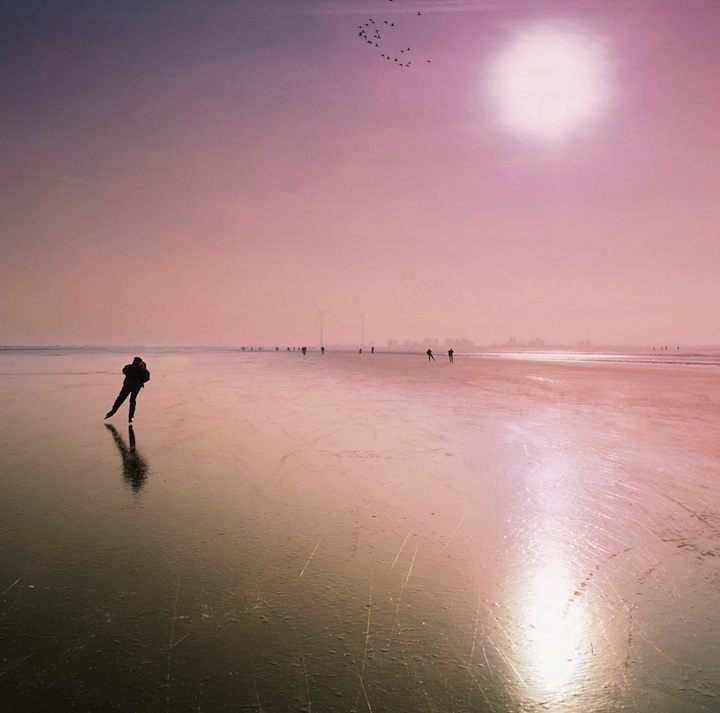 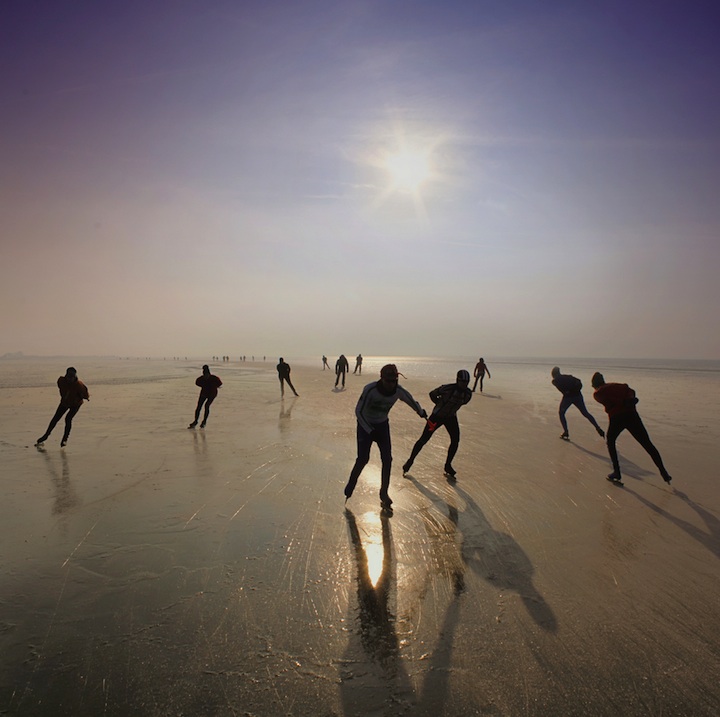 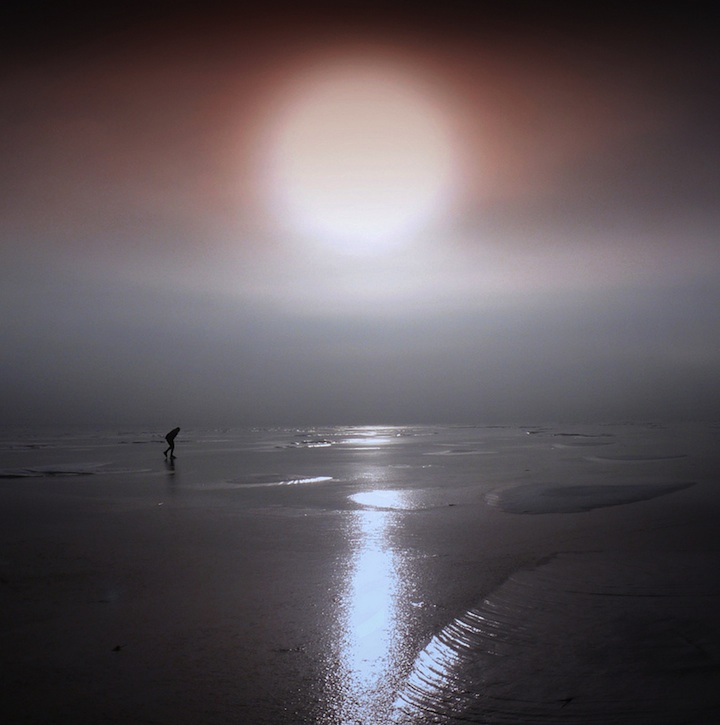 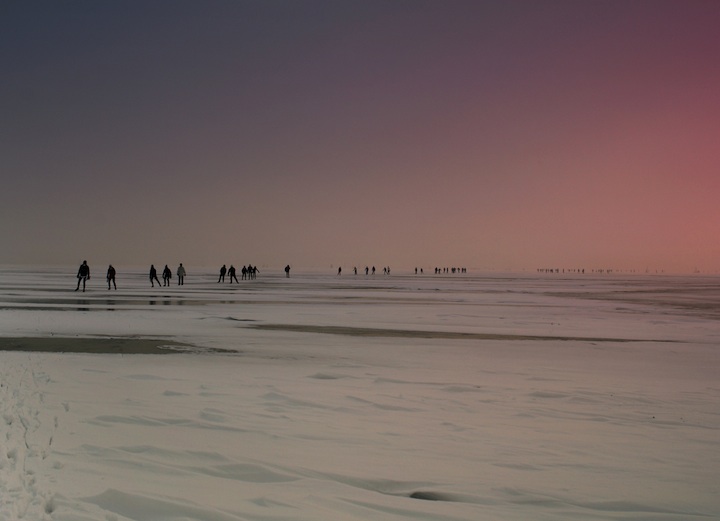 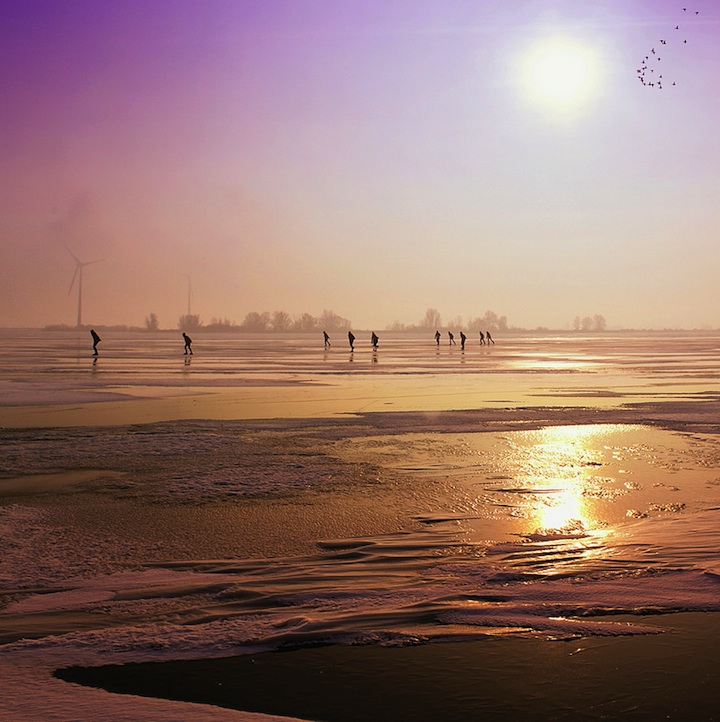 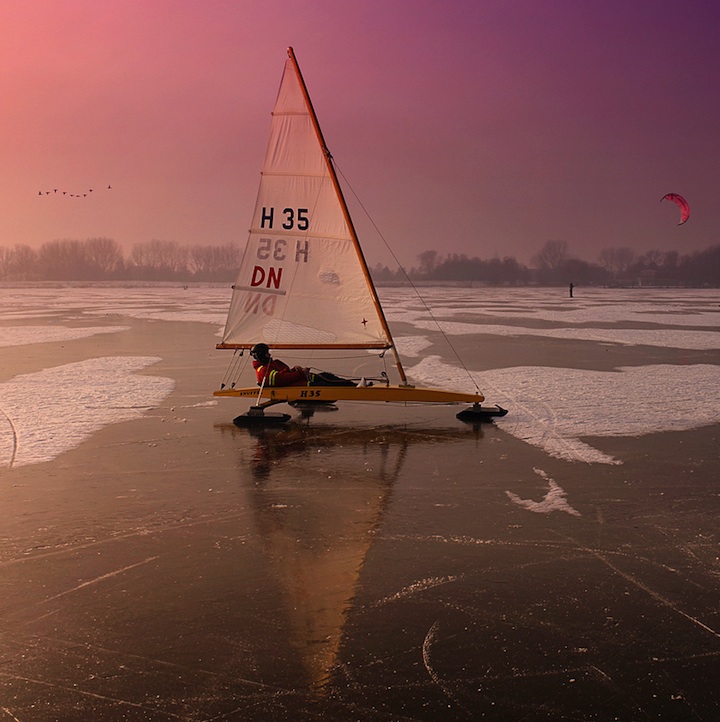 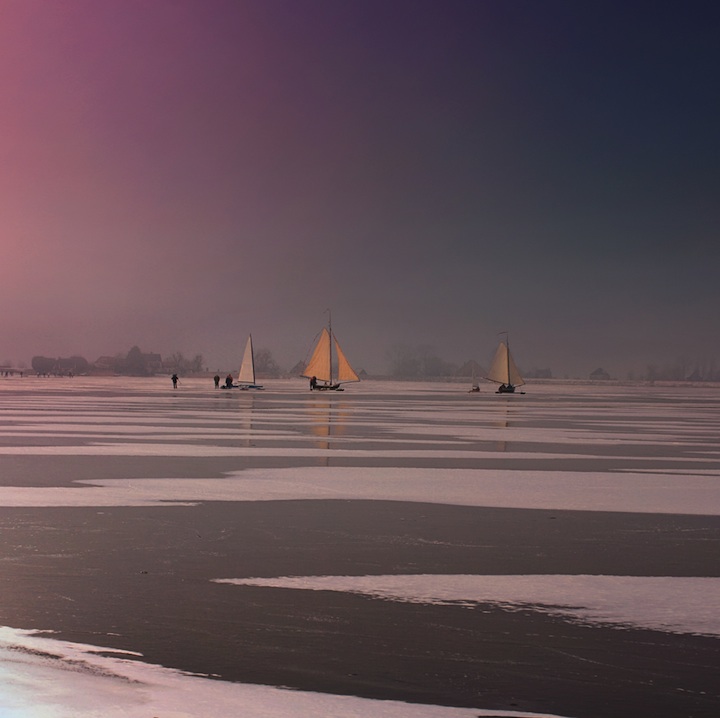 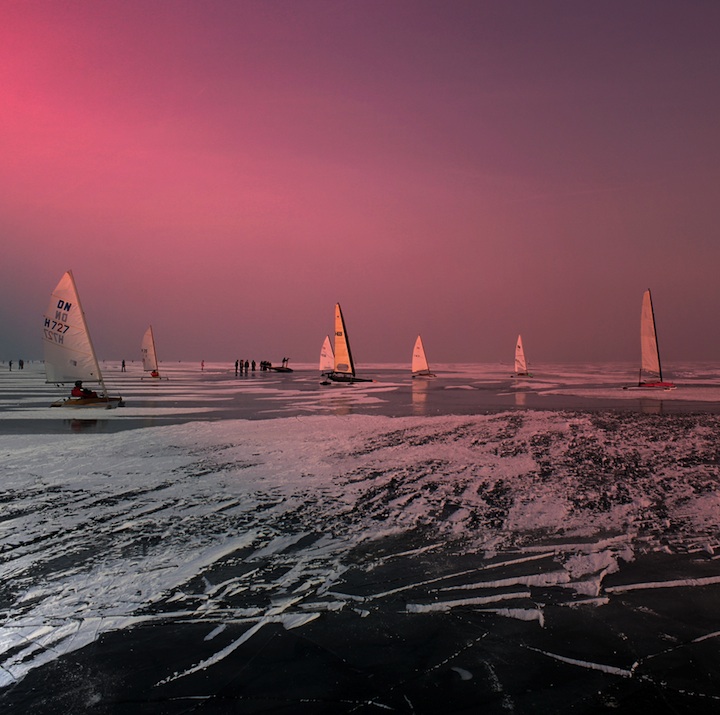