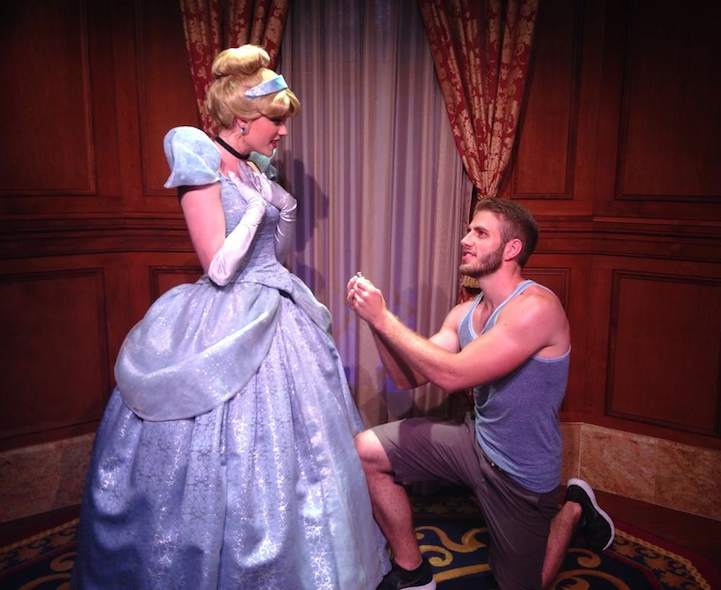 On a recent vacation to Disney World, Blaine Gibson, from Austin-based production studio Rooster Teeth, was getting bored with all of the typical photos that he and his friend were taking along the way.

So, just for fun, Gibson went to Walmart and picked up a fake engagement ring. He took the ring around the resort with him and proposed to all of his favorite princesses. He hit up Cinderella, Ariel, Rapunzel, Jasmine, and even Gaston, before finally proposing to Tinkerbell.

It's probably not every day that the actresses receive a wedding proposal from a guest at the park. But, the costumed ladies played right along with the act, smiling with surprise as the moment was documented on camera. Gibson said, “I ended up giving the ring to Tink because she was my last princess. She, Rapunzel, and Ariel won my heart.” 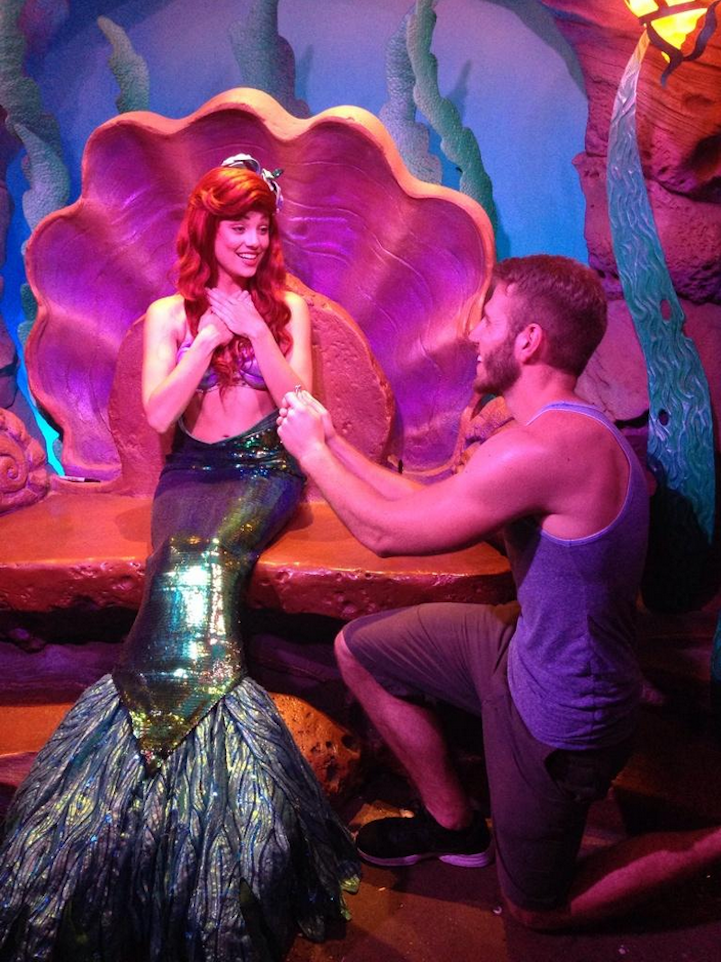 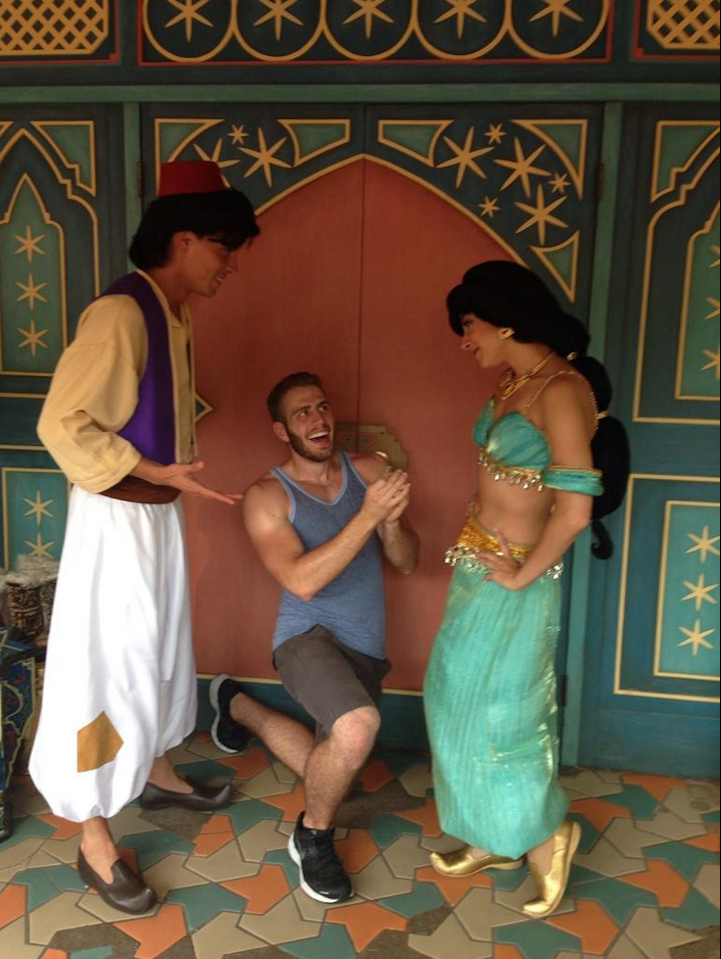 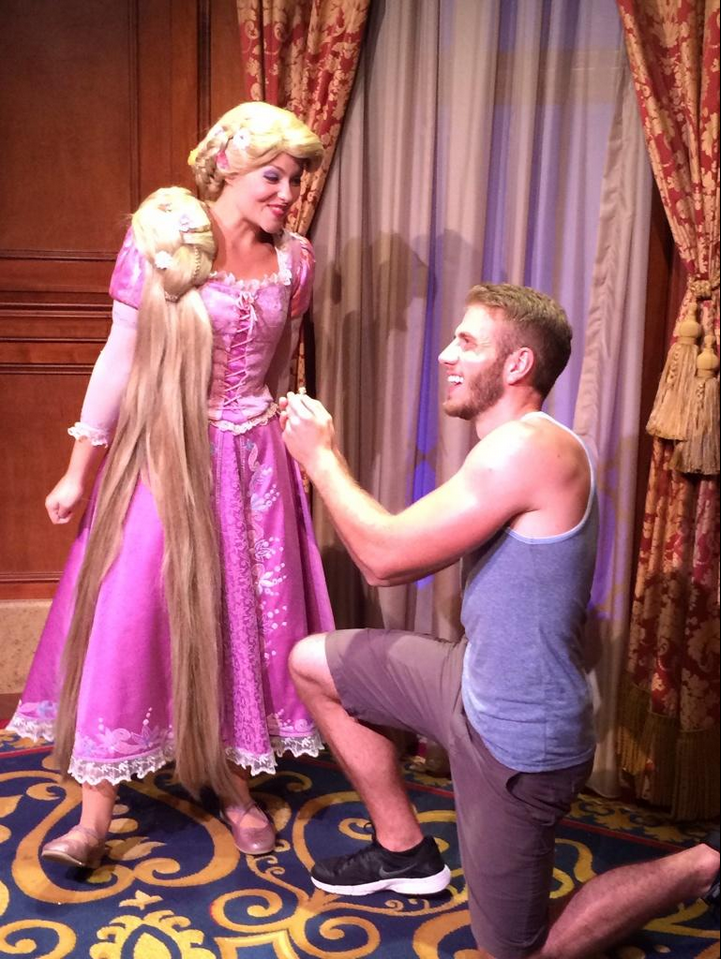 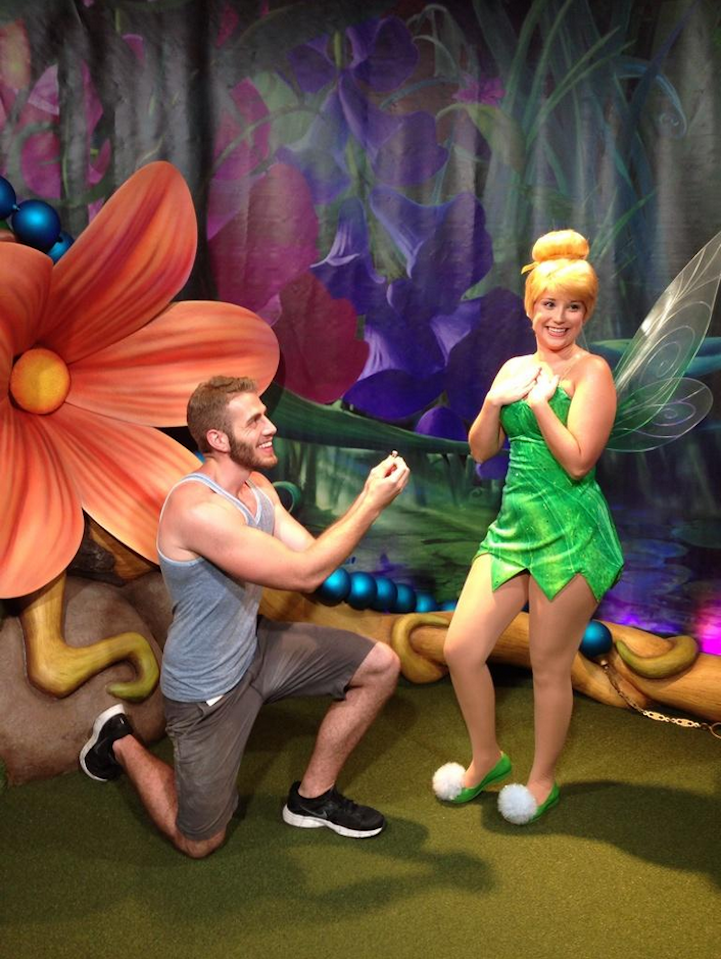 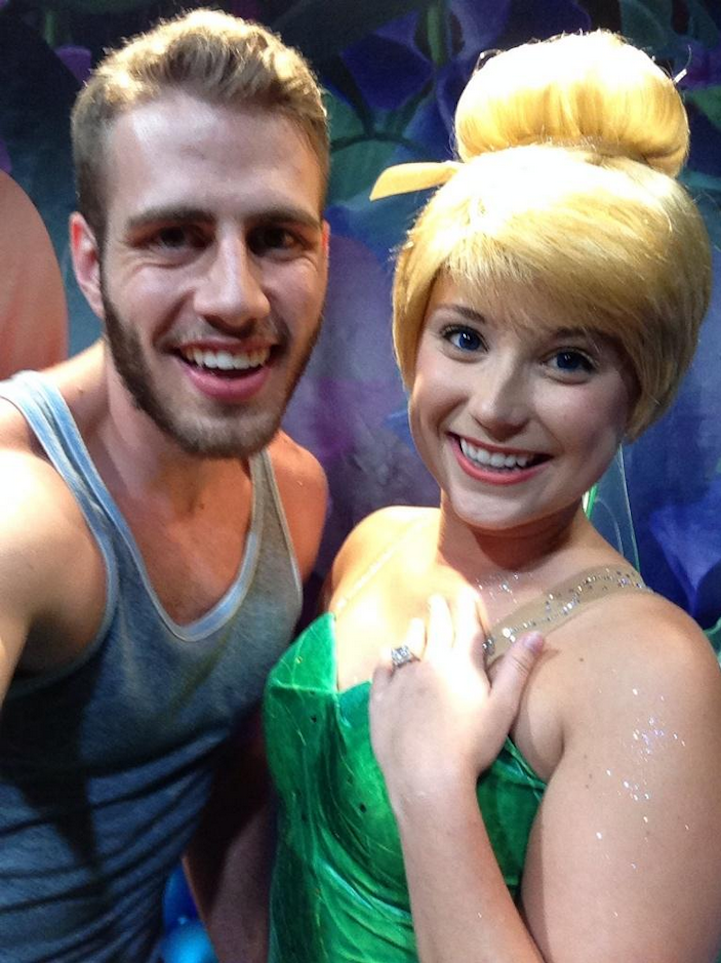 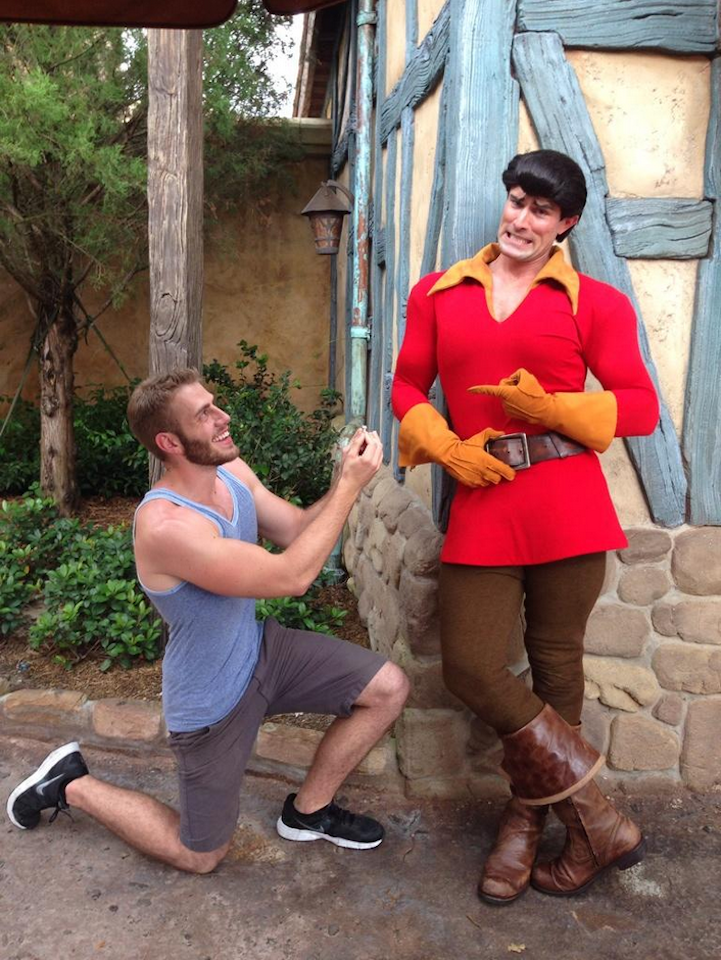 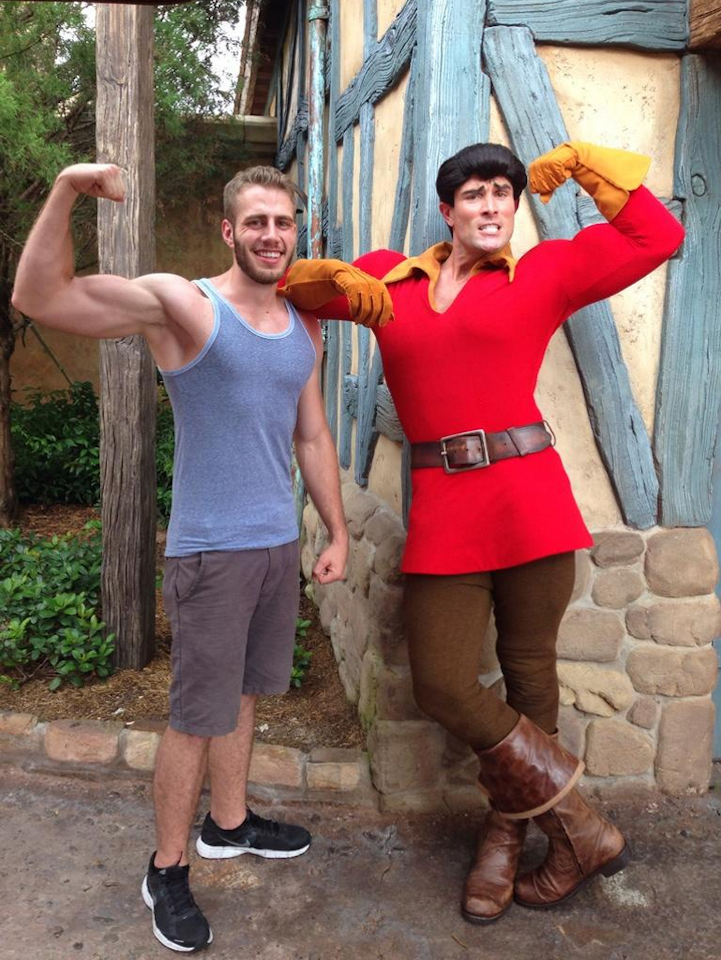