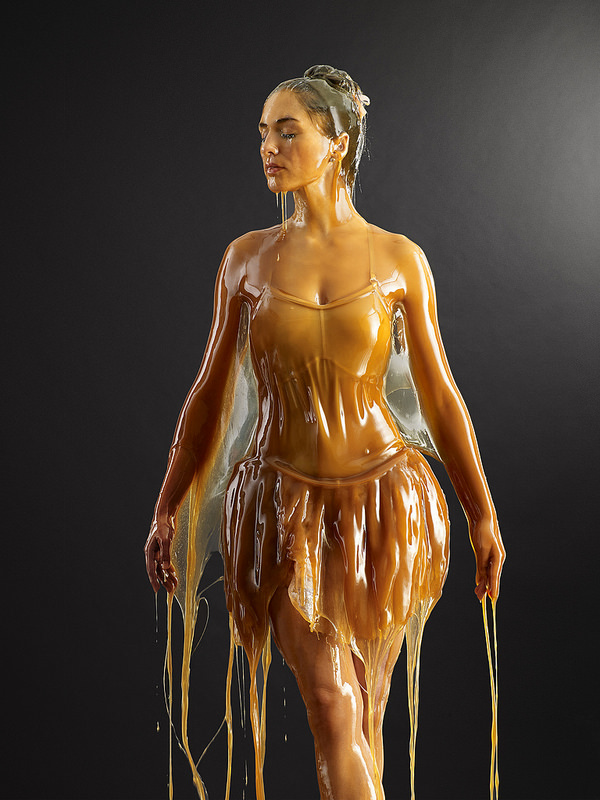 Los Angeles-based photographer Blake Little covers the human body in honey and captures the sweet, sticky results. The series is titled Preservation, and it features images of nude or barely-clothed models that are coated from head to toe in the amber-colored liquid. This simple act seems to transform the subject from an animated figure to a sculpture frozen in place.

After pouring buckets of honey onto the models, Little allows the substance a moment to flow and dribble. The viscous goo cascades from its forms and creates long, elegant drips that both exaggerates and elongates the figures' poses. Since honey is a shiny liquid, it encases the bodies so that while we still see the people, they are often unrecognizable as the glossiness diffuses the finer details. Watch the video below to see how the images were created (this contains some nudity).

Little's alluring photographs are featured in a book about the project, also titled Preservation, that will be released on February 28. There's an accompanying gallery show at Kopeikin Gallery in Los Angeles from March 7 to April 18 of this year. 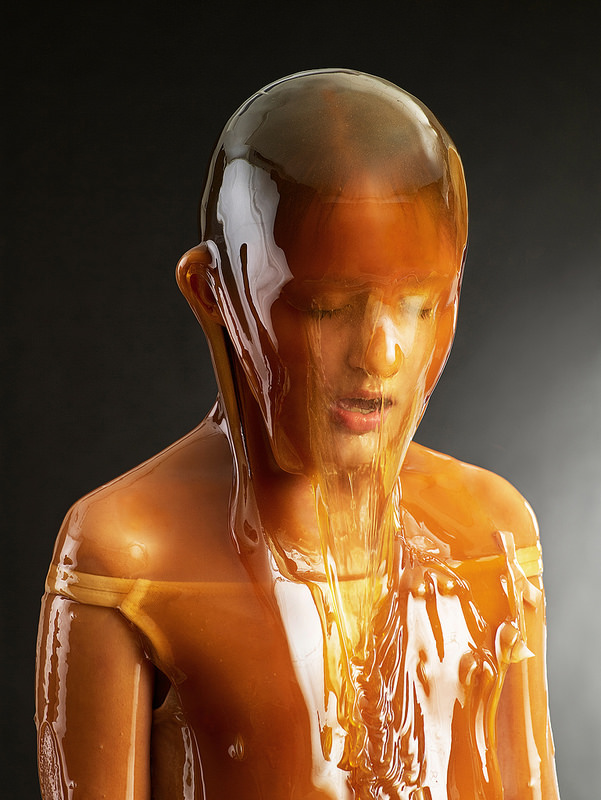 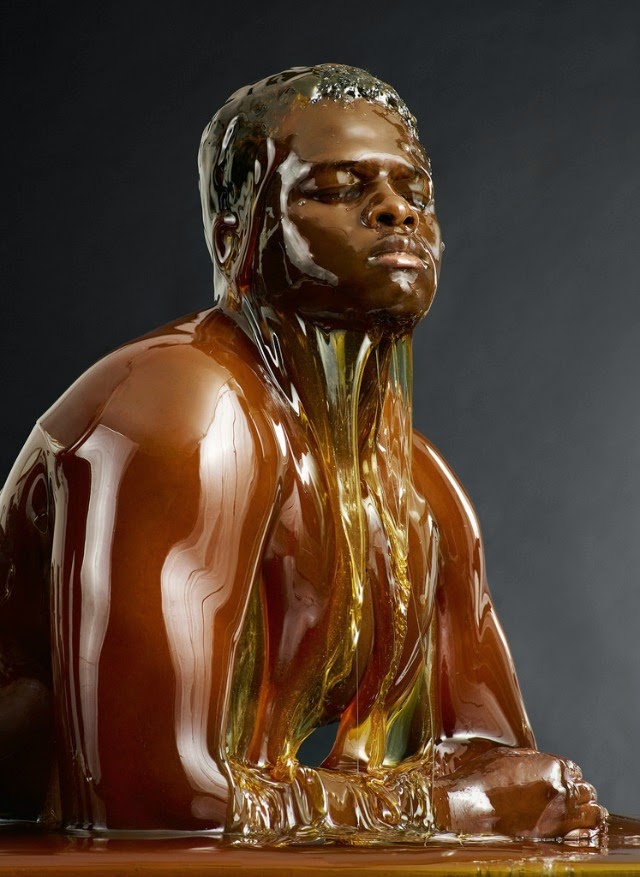 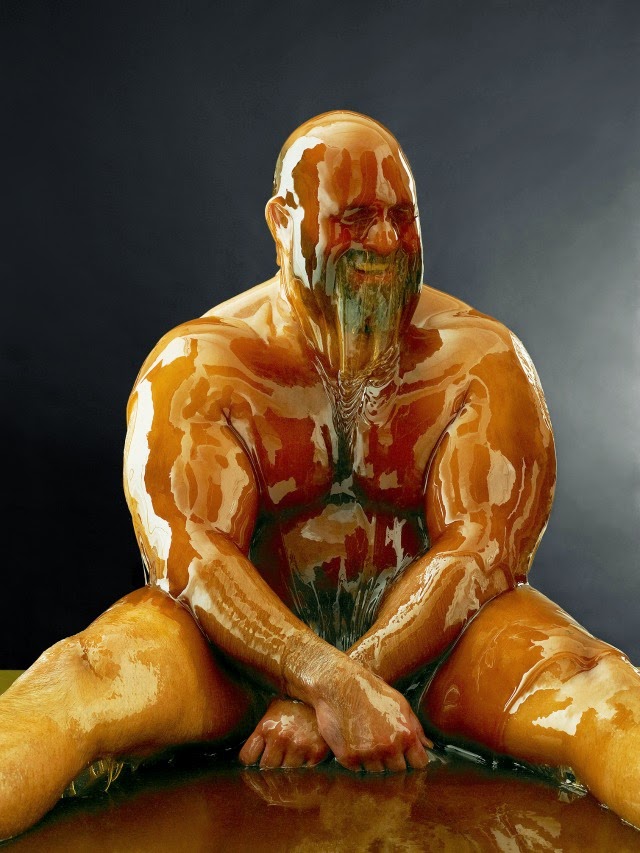 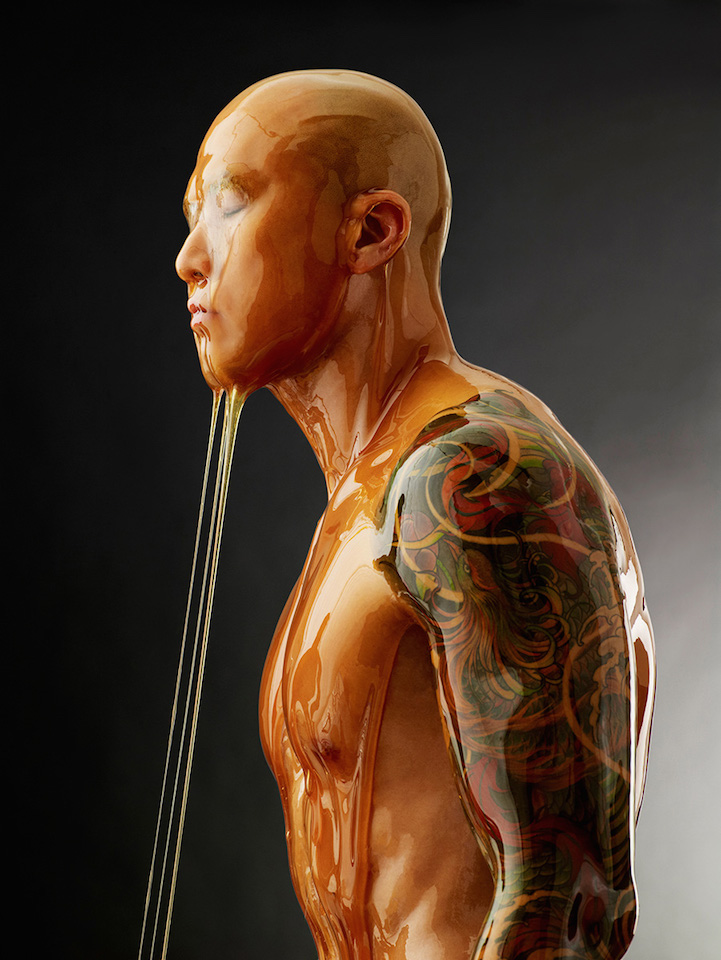 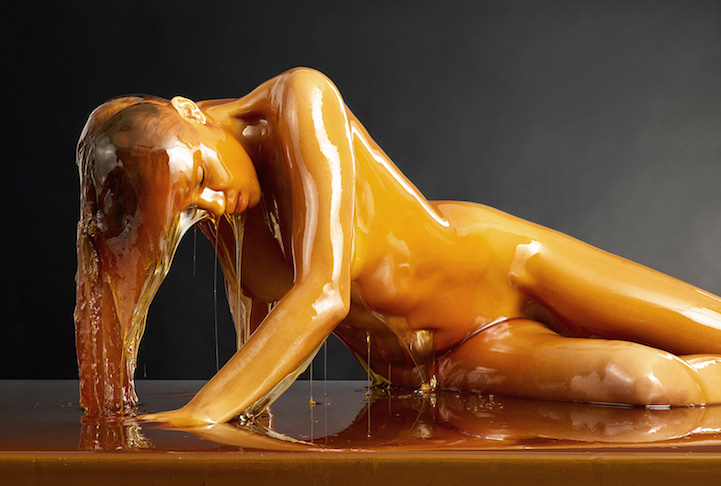 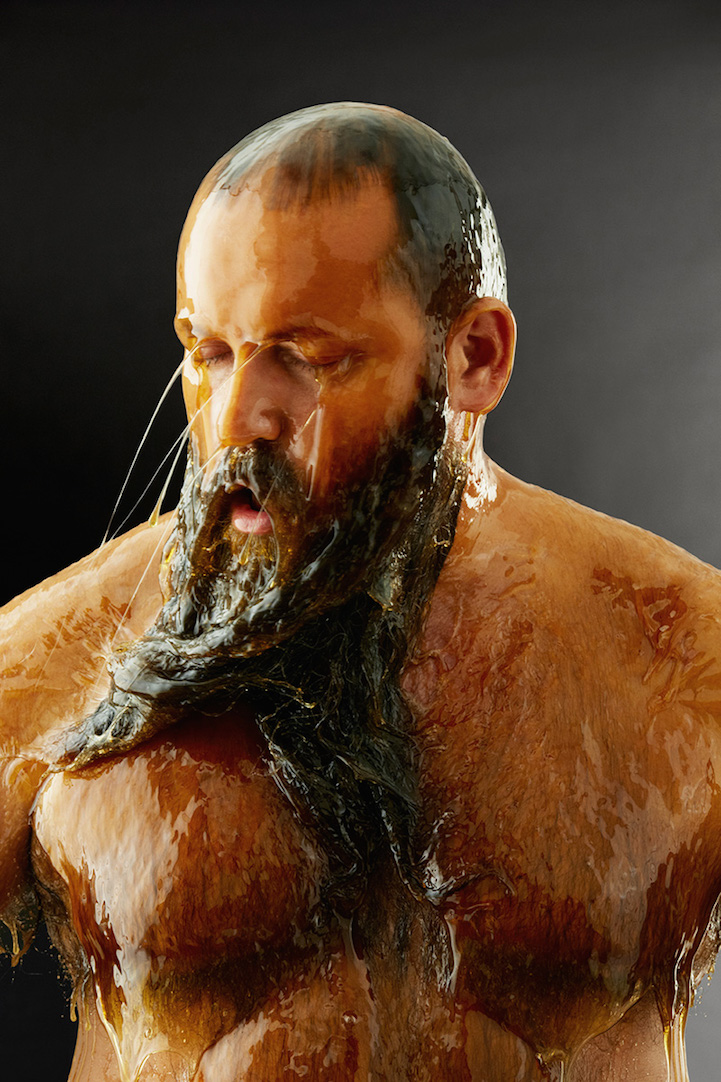 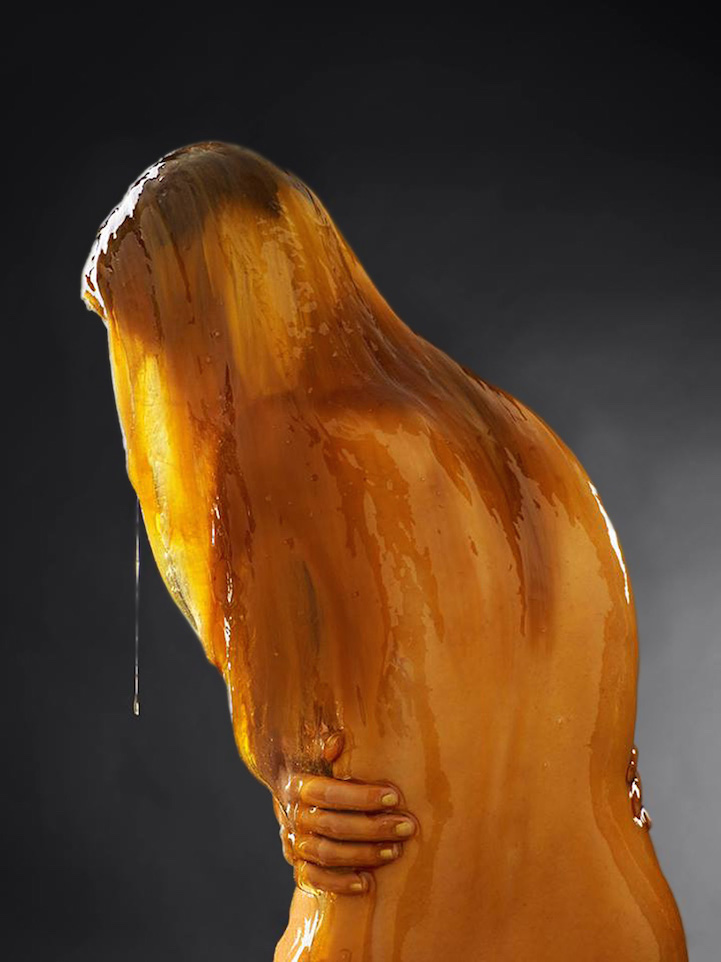 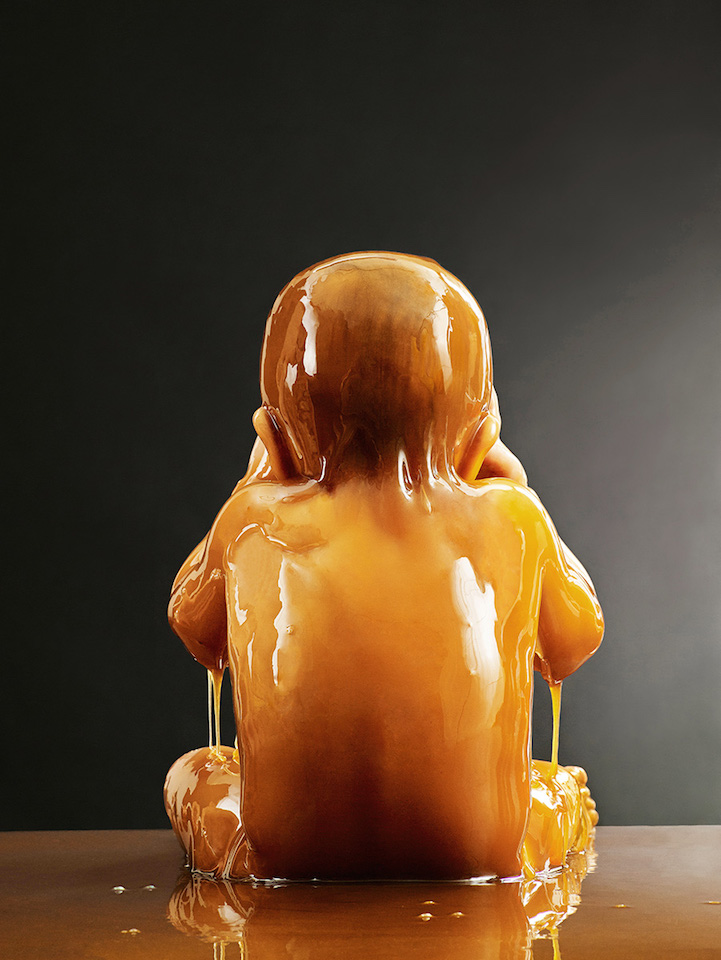 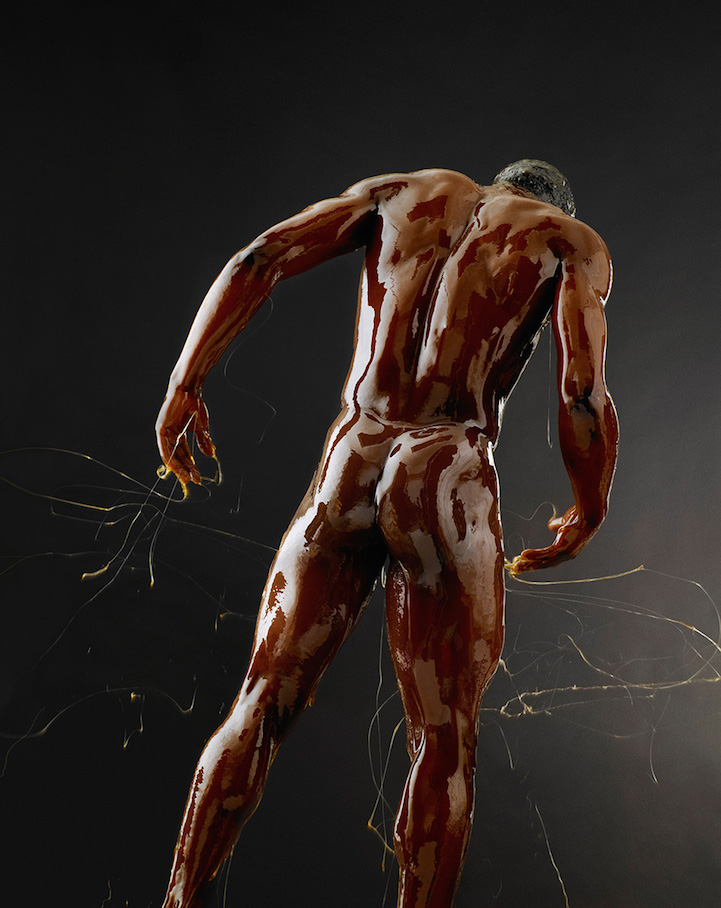 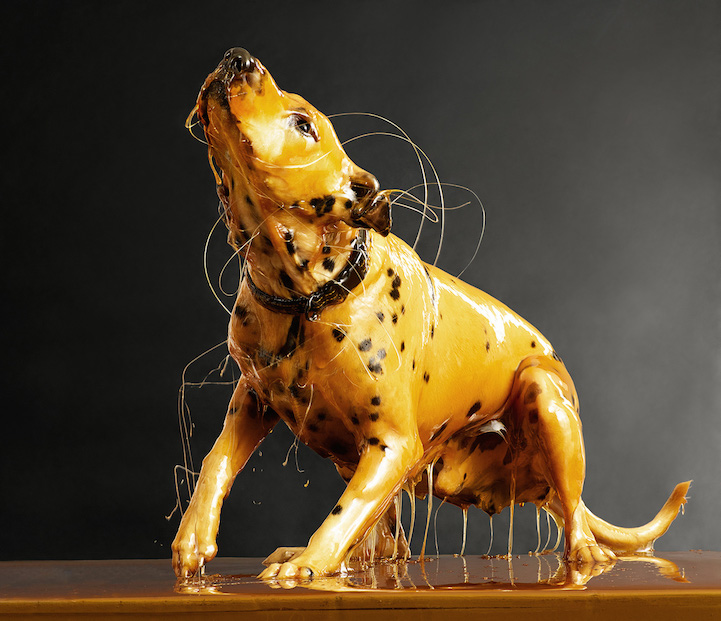