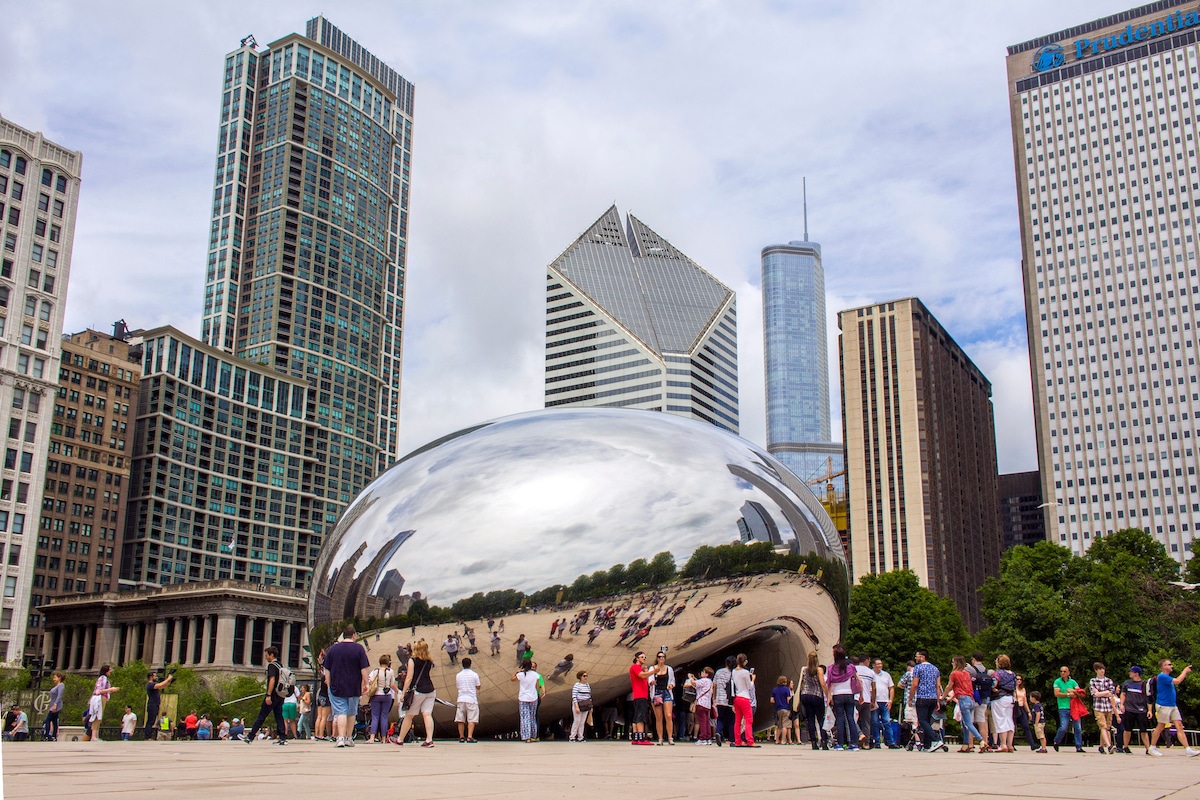 One of the top works of public art in the world—and most Instagrammable—is Anish Kapoor’s Cloud Gate that’s commonly known as “The Bean.” Inspired by liquid mercury, this highly-polished stainless steel sculpture has a mirror-like surface that reflects the Chicago skyline as well as its visitors. It’s perfect for selfies.

The Buckingham Fountain is one of the largest fountains in the world that puts on a performance, too. From early May to mid-October, the ornamental geyser displays a water show for 20 minutes every hour. During its performance, the center jet of the fountain shoots 150 feet into the air. Its namesake comes from Clarence Buckingham, an avid art collector and benefactor who donated artwork to the Art Institute of Chicago. When he died, his sister, Kate Sturges Buckingham, donated the funds for this stunning fountain, which finished installation in 1927.

See Chicago From Above…

Get the best views of the Chicago Skyline when you look at it from 1,000 feet above the ground. 360 Chicago (formerly the Hancock Tower) offers amazing 360 degrees views. If you’re feeling brave, try TILT, an enclosed moving platform that tilts you out and over Michigan Avenue from the 94th floor. Once you’ve got your nerves back, relax at Bar 94 with local brews or spirits.

… and From the Water 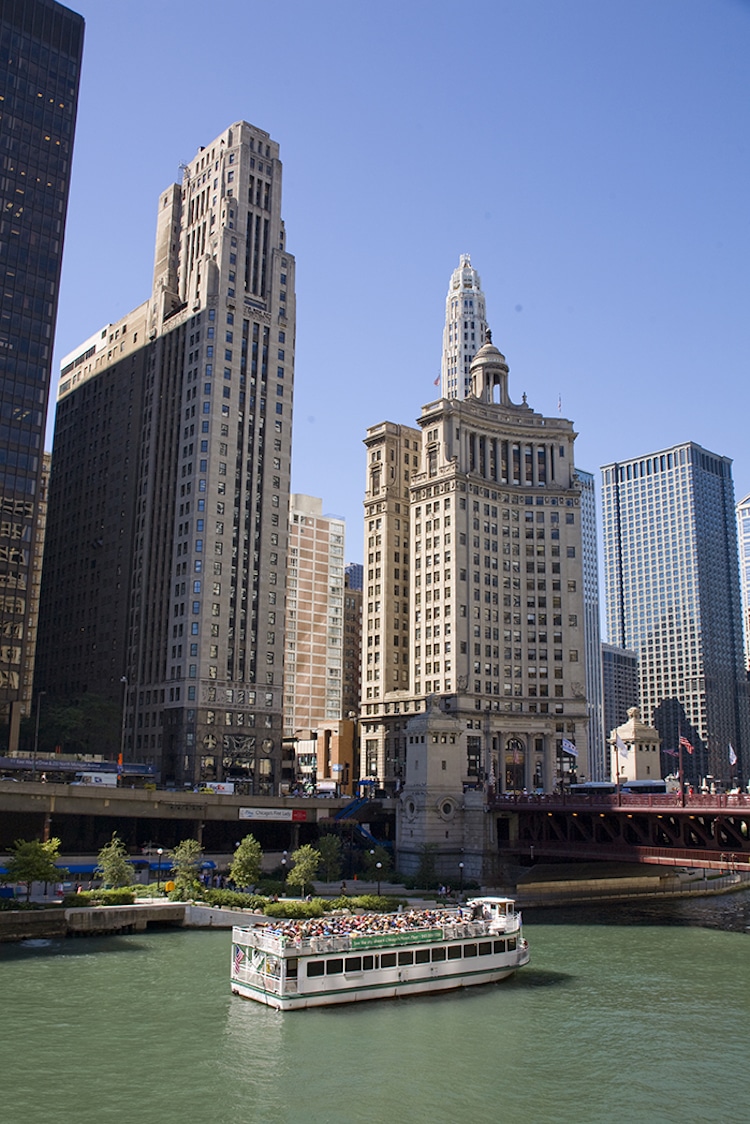 Chicago is home to legendary architecture; get a unique view of it as you sail down the Mississippi river with the First Lady Cruise. The 90-minute tour is lead by a passionate docent and offers both a unique look at the buildings and a history lesson of the city.

Many of the attractions mentioned here are included in the CityPASS, the best way to see Chicago’s top attractions—they're bundled to save you 51% on admission. Included are the Field Museum, the Museum of Science and Industry, 360 Chicago, and the Art Institute of Chicago. And better yet, when you have the pass, you get priority entry into them, too. It’s a win-win!