A little over 10 million acres of land in Chile was designated as new national parks. This was the culmination of 25 years of conservation work by Kristine McDivitt Tompkins and her late husband Douglas Tompkins. The decree, signed by Chilean President Michelle Bachelet and McDivitt Tompkins, CEO and President of Tompkins Conservation, signals the South American nation's increasing role as a leader in conservation issues.

Tompkins Conservation donated 1 million acres of private land, creating the Pumalín National Park and Patagonia National Park Chile, with the Chilean government contributing an additional 9 million acres. It's an incredible achievement that sees a landmass roughly equal to the size of Switzerland become terrain left to grow and develop as nature intended. It also fulfills a pledge that President Bachelet and McDivitt Tompkins signed in 2017 to create 5 new national parks in Chile and expand 3 others.

“With these beautiful lands, their forests, their rich ecosystems, we…expand the network of parks to more than 10 million acres,” declared President Bachelet, who leaves office in March. “Thus, national parklands in Chile will increase by 38.5% to account for 81.1% of Chile’s protected areas.”

For McDivitt Tompkins, the day marks an incredible achievement for the conservation efforts she and her late husband, who passed in 2015, started over two decades ago. McDivitt Tompkins was a former CEO of the Patagonia clothing company, while Douglas Tompkins was the founder of The North Face and Esprit. Both later threw themselves into conservation issues, moving to Chile from California in the early 1990s and spending hundreds of millions to purchase land with the goal to transform it back to its ‘wild' state. 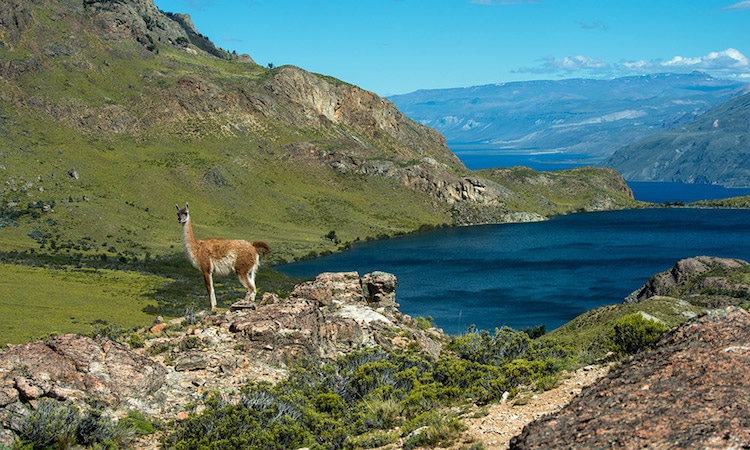 It was a mission that saw them become some of the largest private landowners in the world and challenge cultural norms in Chile, retraining ranchers as wildlife conservationists and battling locals who saw their presence as the unwelcome intrusion of foreigners. The Tompkins' have persevered, with this newest effort being the largest private land donation to a government, and hopefully inspiring others to take up their example.

“I am proud of my husband Doug and his vision which continues to guide us, in addition to our entire team, for completing these two national parks and the broader network, a major milestone of our first 25 years of work,” Kristine McDivitt Tompkins said. “While we will continue to help promote and safeguard these parks, we are beginning to turn our attention to more new conservation and rewilding projects in Chile and Argentina as we work to save and restore big, wild, and connected ecosystems.”

In addition to the creation of two new national parks, Bachelet also announced plans to link a network of parks across the country along a 1,500-mile tourist trail. Stimulating ecotourism, and putting money and jobs back into the local economy, while sustaining natural habitats is the goal. As time has gone on, and the community has become more involved with the Tompkins' work and new job opportunities have arisen, local attitudes toward land conservation have softened.

A post shared by Conservacion Patagonica (@conservacionpatagonica) on Jan 29, 2018 at 4:38pm PST

“This is not just an unprecedented act of preservation,” Bachelet explained. “It is an invitation to imagine other forms to use our land. To use natural resources in a way that does not destroy them. To have sustainable development—the only profitable economic development in the long term.”

No one knows the long road walked to get to this monumental moment better than McDivitt Tompkins. “[The parks] are born out of blisters and headaches and very difficult work—physically, politically, in every way,” she said. “To get this done … is nothing short of a miracle. But miracles are just a product of hard work.”