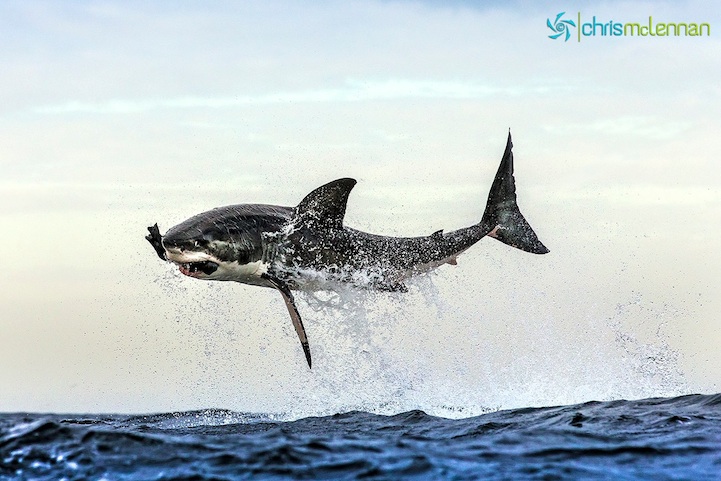 Call it skill, luck or just being at the right place at the right time. Chris McLennan is an international award winning travel and adventure photographer who's captured some truly amazing photos of great white sharks breaching.

The ocean around Seal Island, in False Bay, South Africa, is the only place in the world where the sharks breach when they hunt their prey, which in this case is the Cape Fur seal. According to National Geographic, full breaches, like the one shown above, are rare because they take up so much energy. South Africa's waters are full of baby seals so sharks have learned to attack from below with incredible speeds, which propels them out of the water as they snap up their next meal.

Of course, to capture shots like this, it's important to educate yourself on their behavior. “The Great Whites feed most actively just prior to and for about an hour after sunrise and again late evening,” explains McLennan. “The only way to get a photo of this live action is to spot the seals returning from offshore fishing to their colony on Seal Island, and then focus on a lone seal or one that has dropped off the back of a group. By tracking just one seal, if you are lucky (and the seal is not), you might get to see some action.”

For the photo above he states, “This shot was taken very early in the morning on a dull and stormy day and we were using a decoy seal. The action happens very quickly and without warning – when a great white breaches the whole event is over in a second or less.” 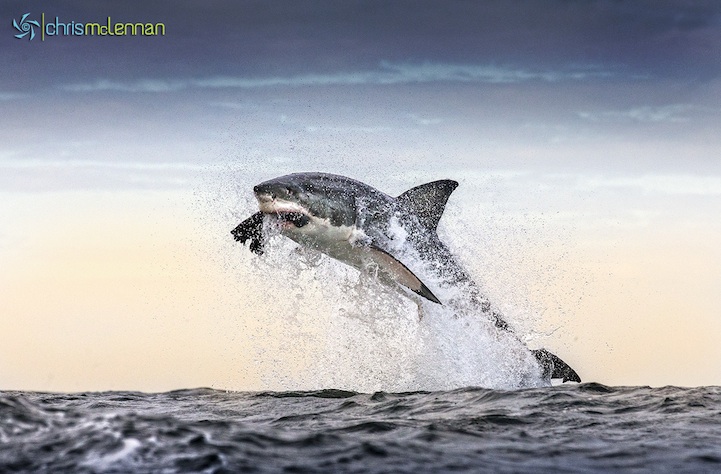 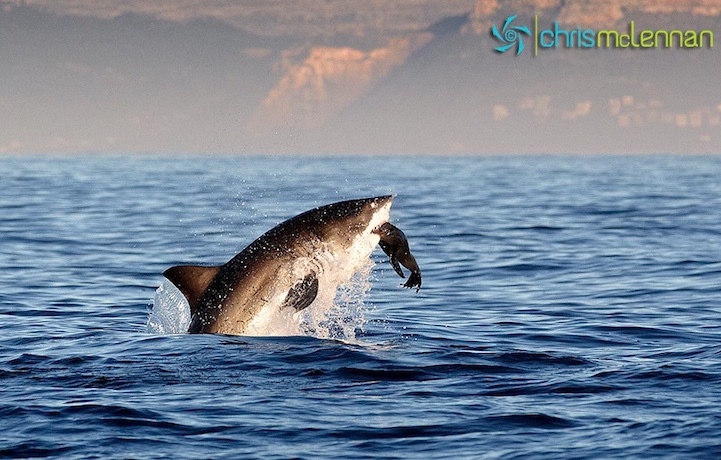 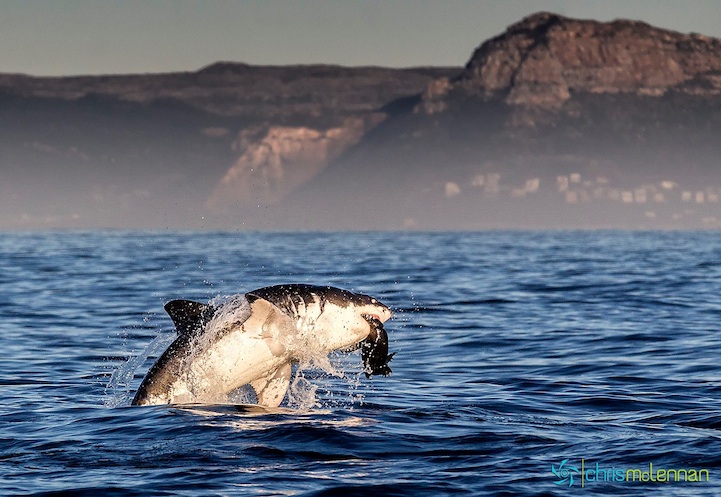 “Great white shark verses seal….Whilst this natural predatory behavior is unique to this area it is still relatively rare to be in exactly the right place at the right time and to be able to capture it on camera. This was a perfect morning shortly after sunrise with blue skies and calm seas. The trick is to look for a group of seals returning from fishing, if you can find a lone seal hanging off the back then he is the most likely target. You then have to try to track that seal with your camera and let mother nature do the rest.” 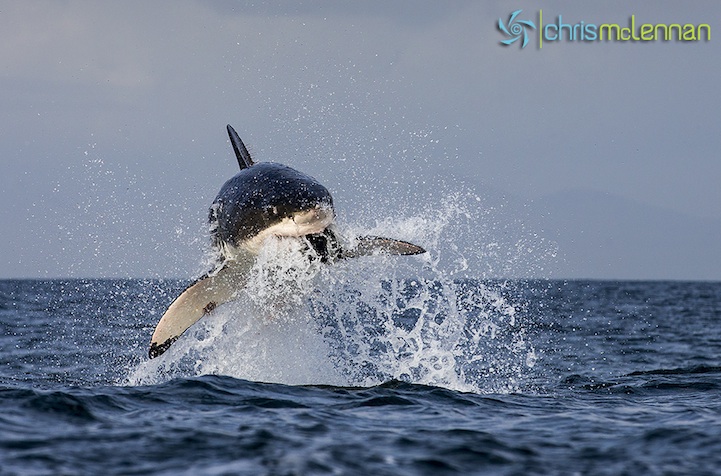 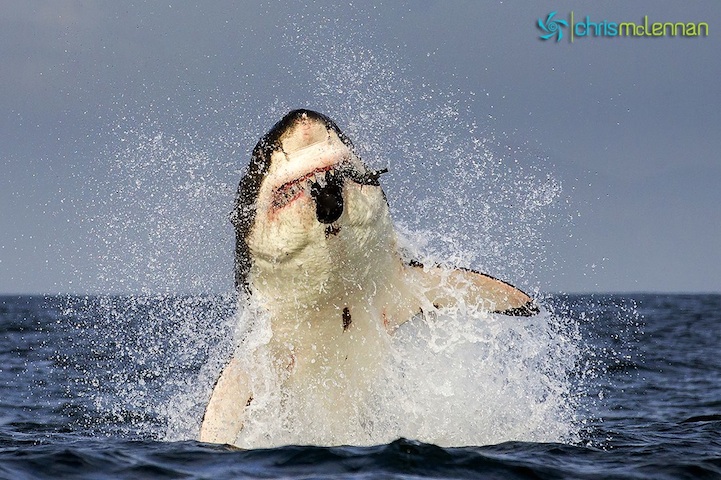 “Another incredible set of jaws on a great white shark near Seal Island, False Bay, South Africa. This is one of nature's marvels and was really a sight to behold! Let's hope that these incredible creatures will survive for generations to come. This shark was attacking a seal decoy being towed behind the boat. The action happens so fast and without warning that it is very easy to miss… The decoy is used by researchers to study the Great White's unique feeding behavior in False Bay. I chose to lie on the deck of the boat shooting out the open transom to get the low angle.”

If you can't get enough of perfectly timed shots, make sure to check out this recent post. (Love the licking fox.)