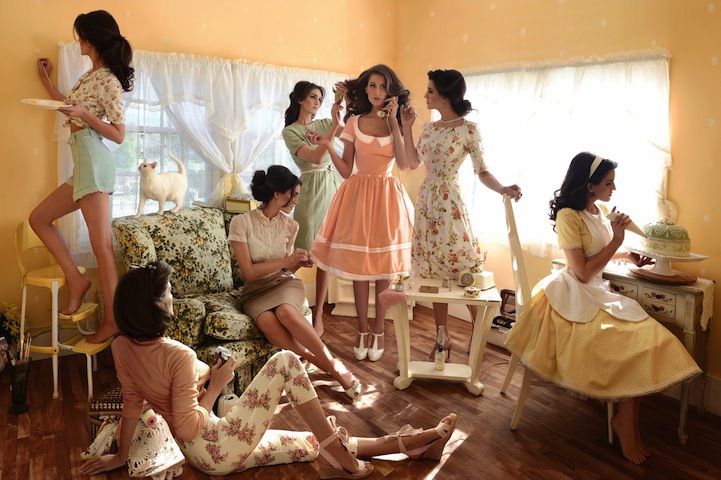 Los Angeles-based photographer and multifaceted artist Christine McConnell takes some really interesting images that place herself in multiple roles. Besides being behind the camera, McConnell also serves as the model, stylist, costume and set designer throughout much of her photography. Her keen eye for color and design aid in creating a cohesive scene in each shot that transports the viewer to another era.

McConnell even takes on the role of numerous models within a single frame, skillfully making it seem as though each woman is interacting with the other. More than simply clicking the shutter, the photographer creates a carefully planned atmosphere in which every element of the image works in unison, from the physical environment and lighting to the the clothing and props.

Of the picture, above, McConnell says, “I made all of the outfits without a pattern, painted the room and furniture, baked and decorated the cake and photographed and edited it. That may not seem like much to you, but I was pretty tired afterward.” 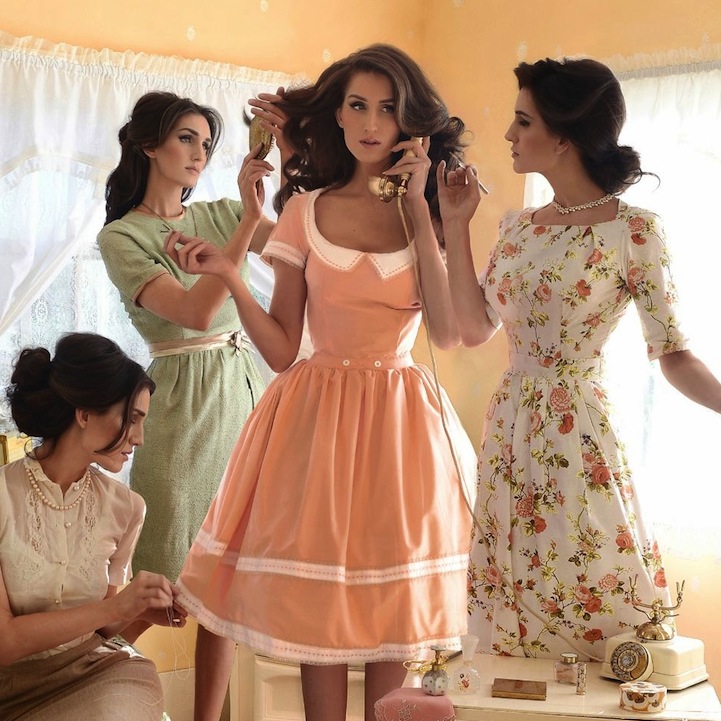