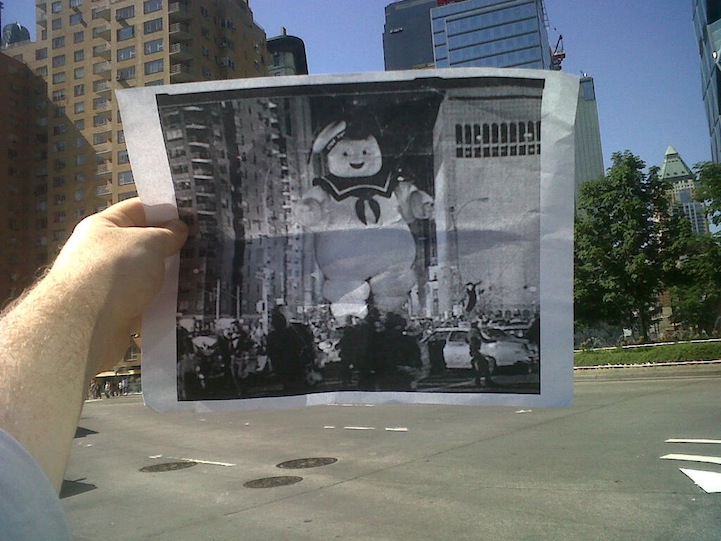 FILMography is a site run by journalist and photographer Christopher Moloney, where old movie scenes are placed into their original settings. The idea behind the site is “Film + Photography = FILMography.” Using just black and white, and sometimes crumpled, printouts of selected movie stills, Moloney locates the setting in which each movie scene was first filmed. He then very conspicuously holds up the old image as a layer against the colorful, modern day location.

Moloney has certainly identified a wide range of movies, from Maid In Manhattan to The Thomas Crown Affair to the Ghostbusters. As he finds new scenes to photograph, viewers are introduced to movie locations all across the city of New York. Some memorable settings include the restaurant where Tom Hanks and Meg Ryan had a conversation in You've Got Mail to the place where the cast of Fame danced along the city streets of New York. Through these photographs, Moloney brings to life the classic moments of many favorite films from the past and reminds us of what fun it can be to go to the movies. 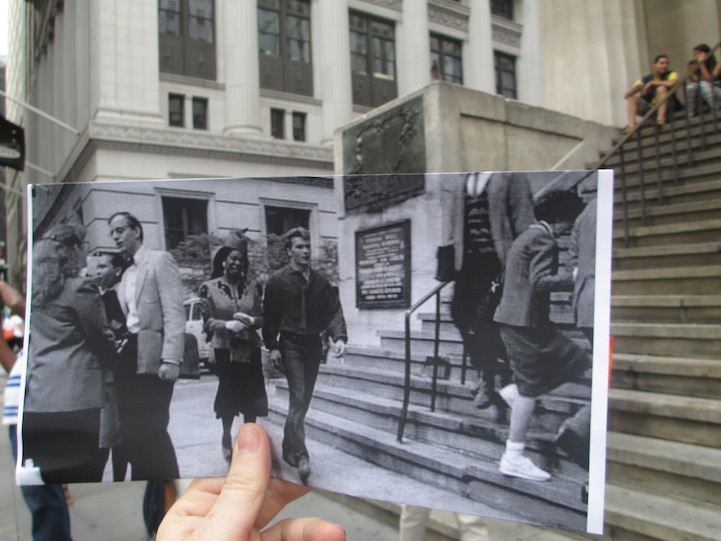 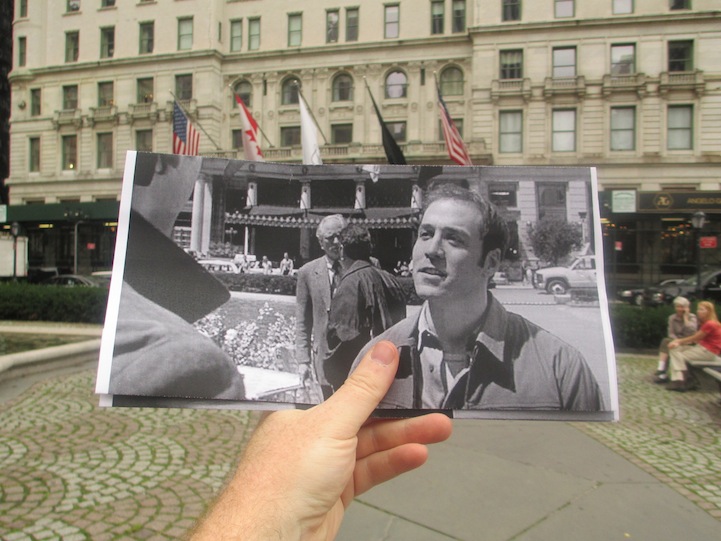 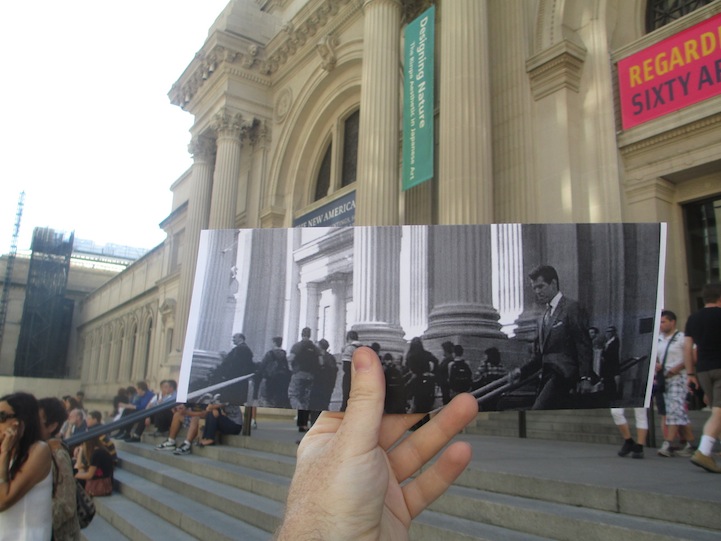 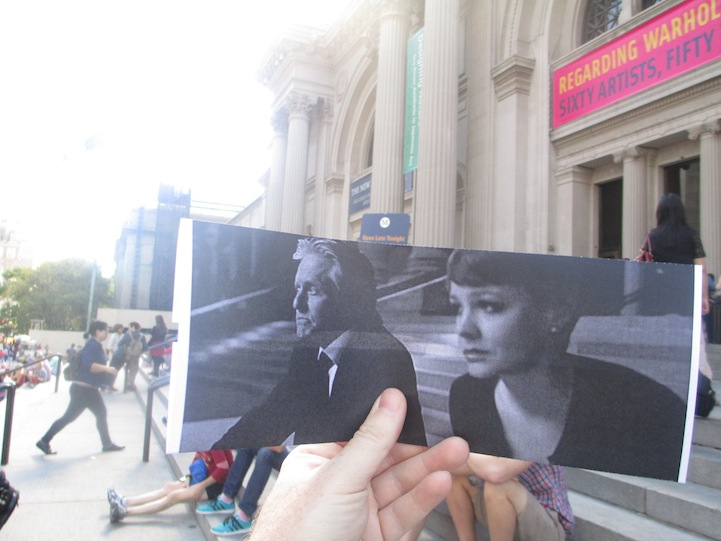 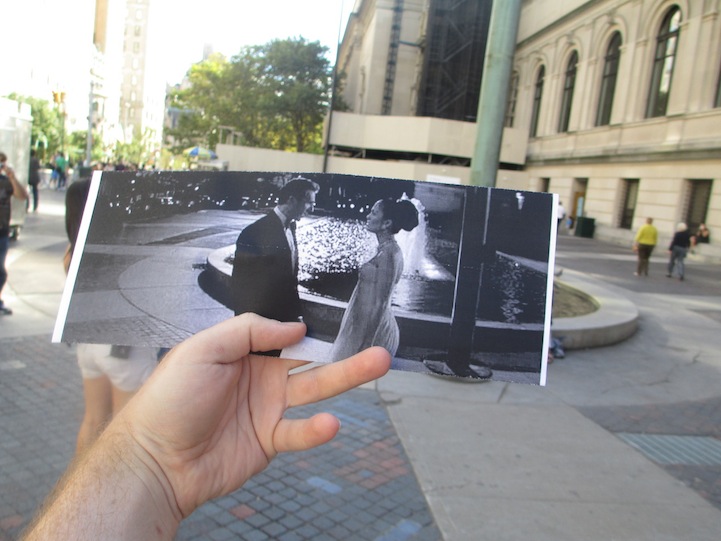 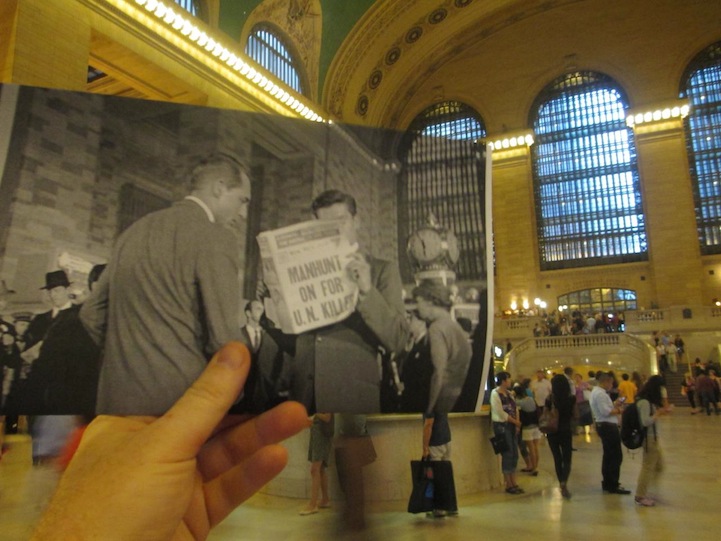 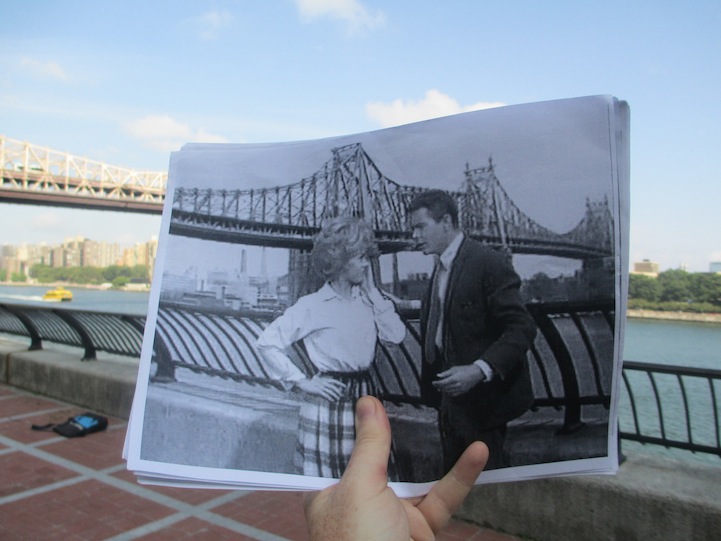 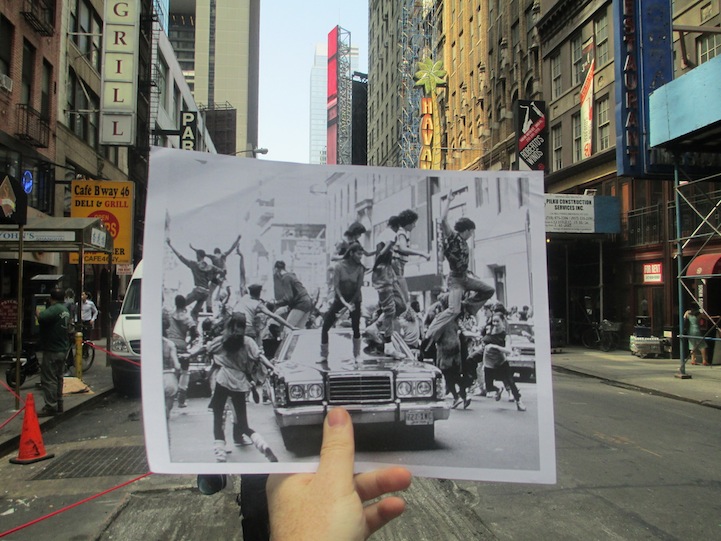 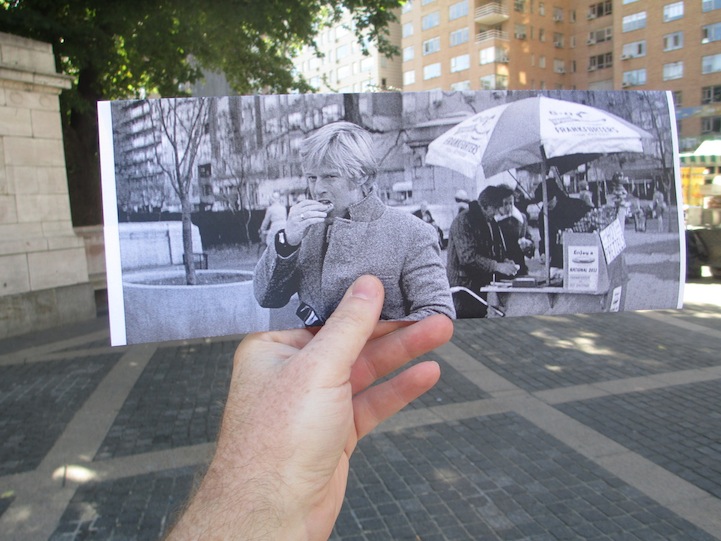 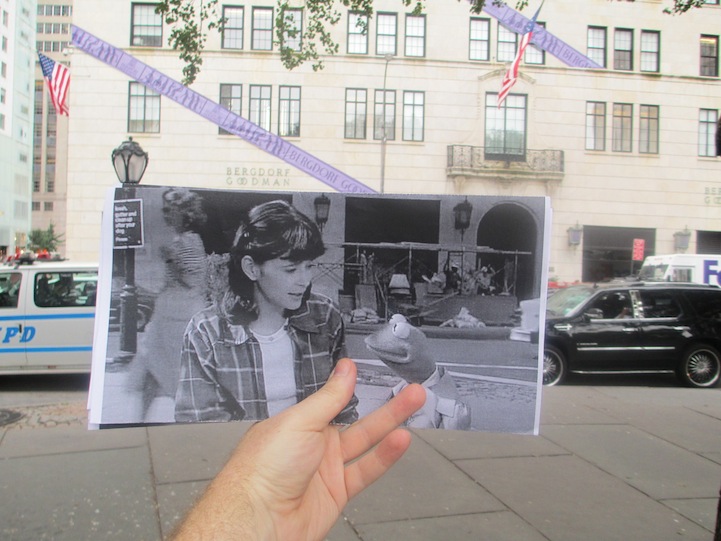 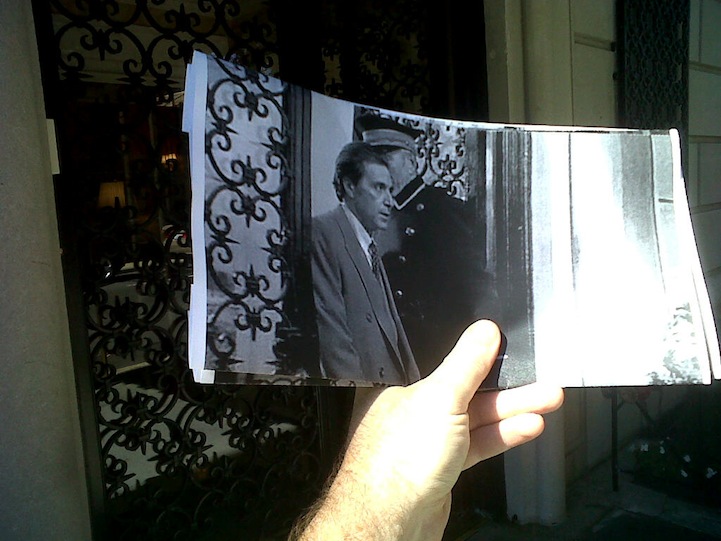