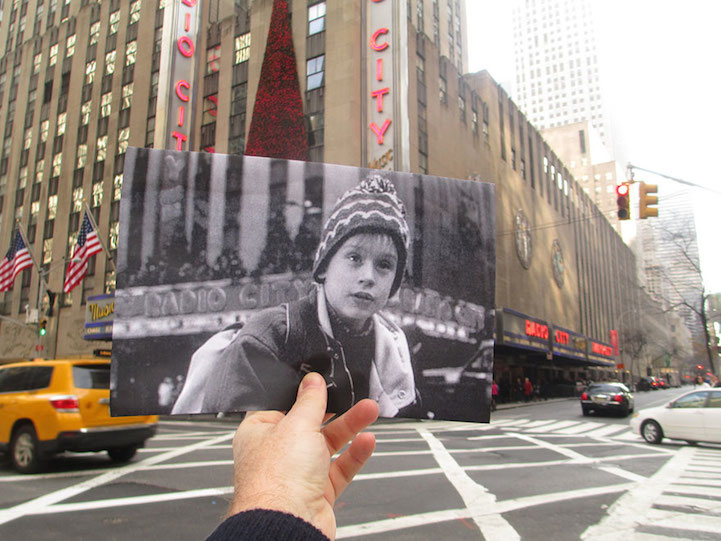 Canadian photographer Christopher Moloney brings the magic of cinema to life with FILMography, an ongoing art project that matches scenes from movies with their real-life, present-day locations. After printing out a black-and-white still from a film, Moloney holds up the print and snaps a photo of it aligned perfectly with the actual building, street, or or landmark behind it.

The stark juxtaposition of the movie still and the real-life location not only emphasizes the passage of time since the scene was filmed, but also calls attention to the astonishing fact that such ordinary places have been traversed by the likes of Anne Hathaway and Tom Hanks.

Since we last shared FILMography in 2012, Moloney has ventured beyond the iconic streets of New York City, traveling to places as distant as Rome and Naples to recreate famous movie scenes. Regardless of location, however, the fascinating series serves as a reminder of the spark of joy that a good film can bring to our everyday lives. 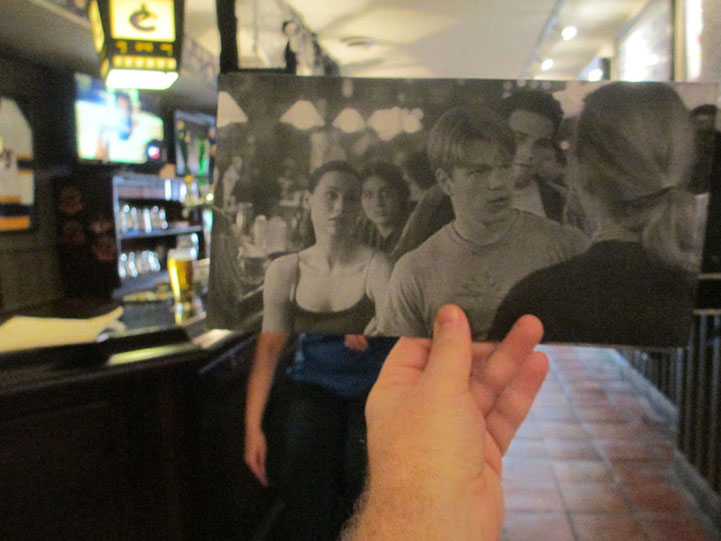 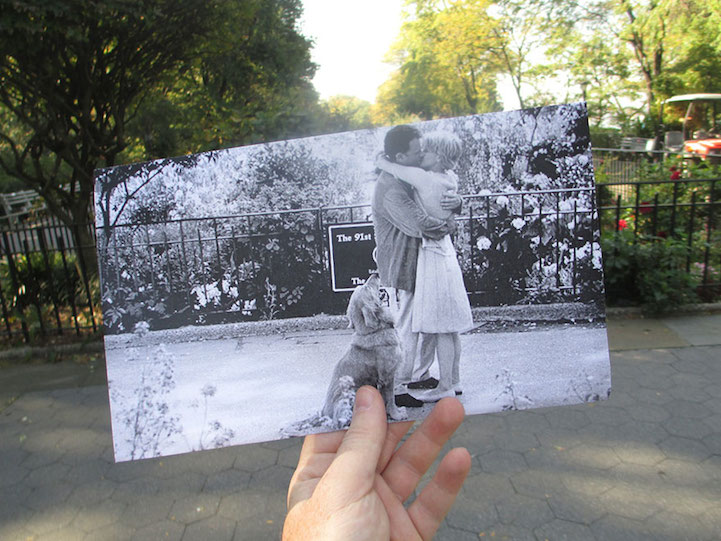 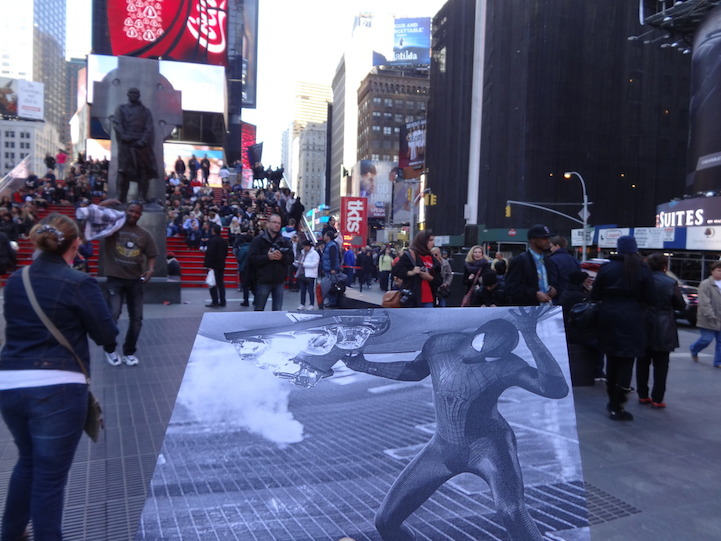 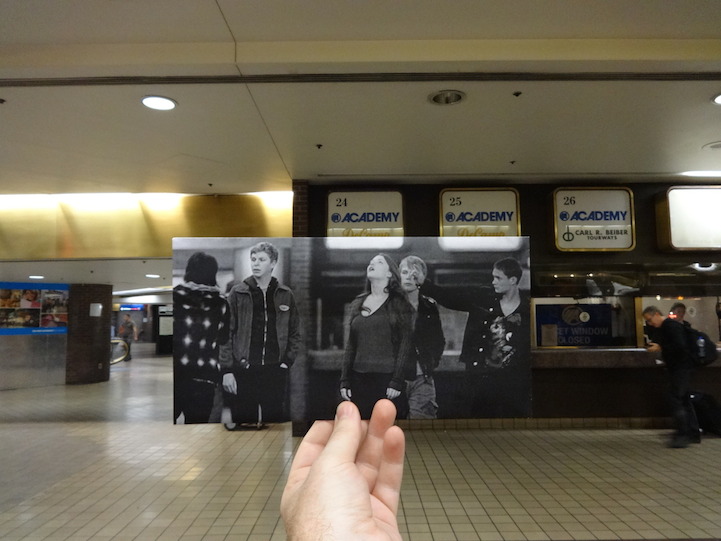 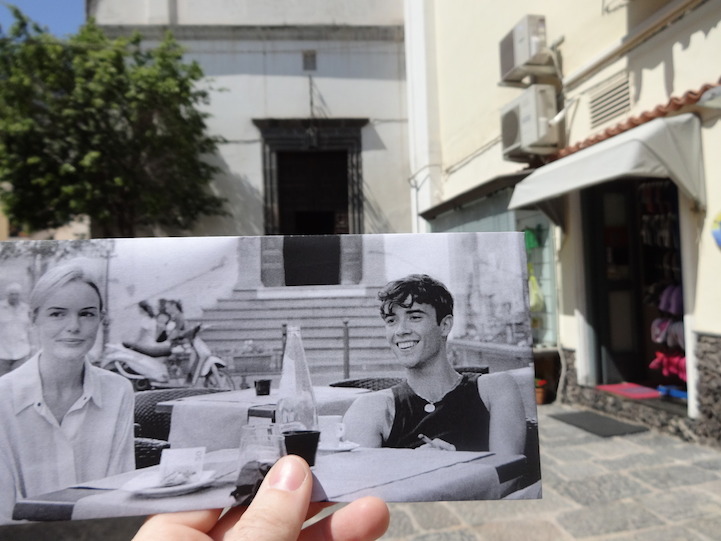 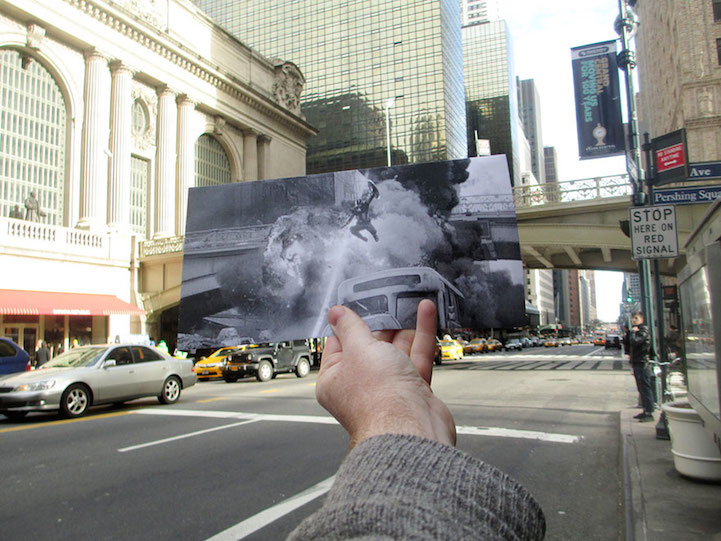 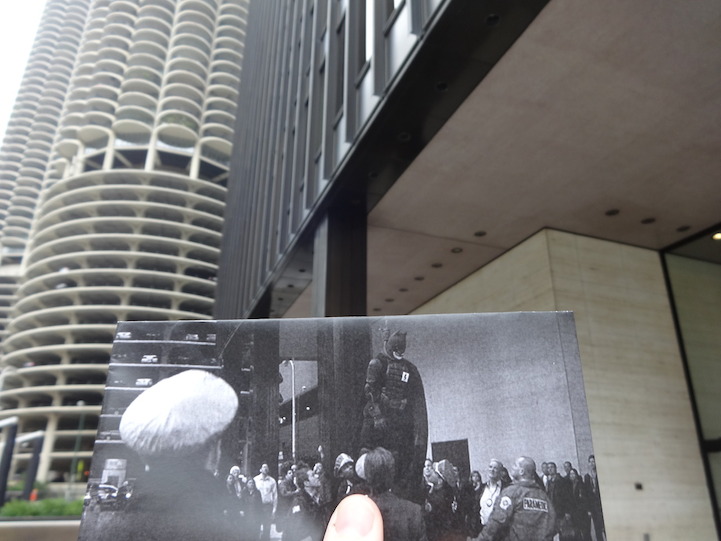 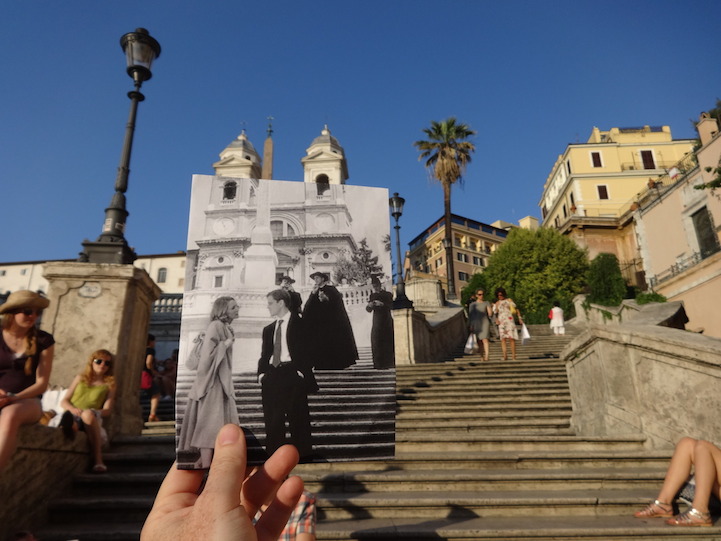 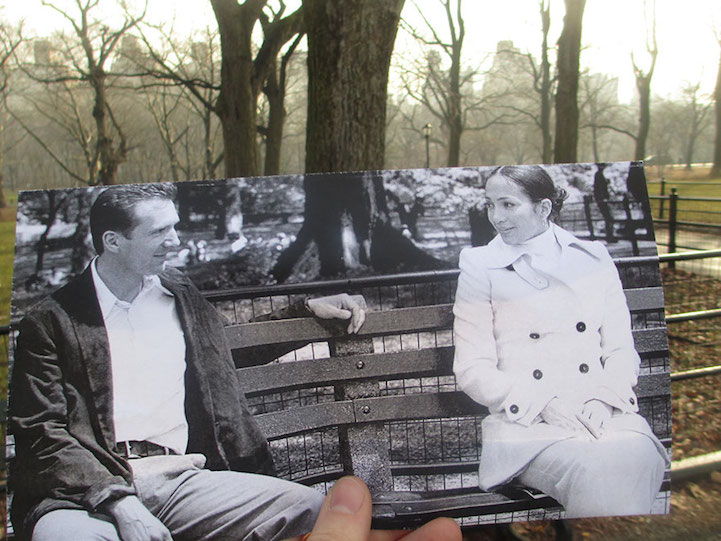 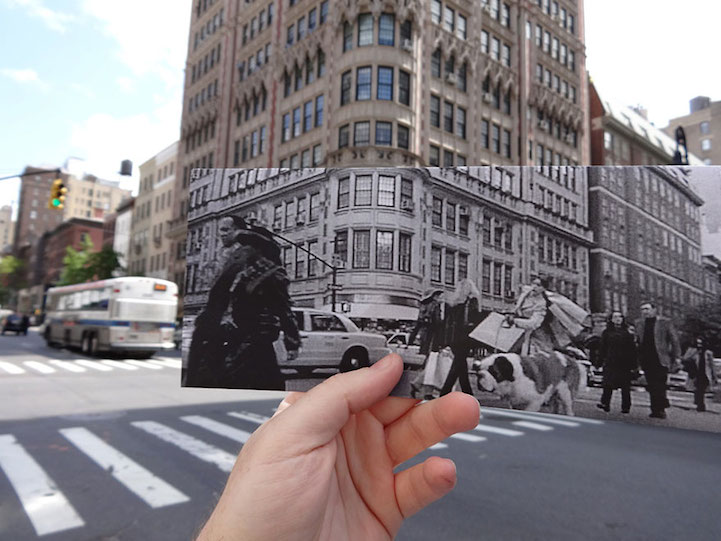 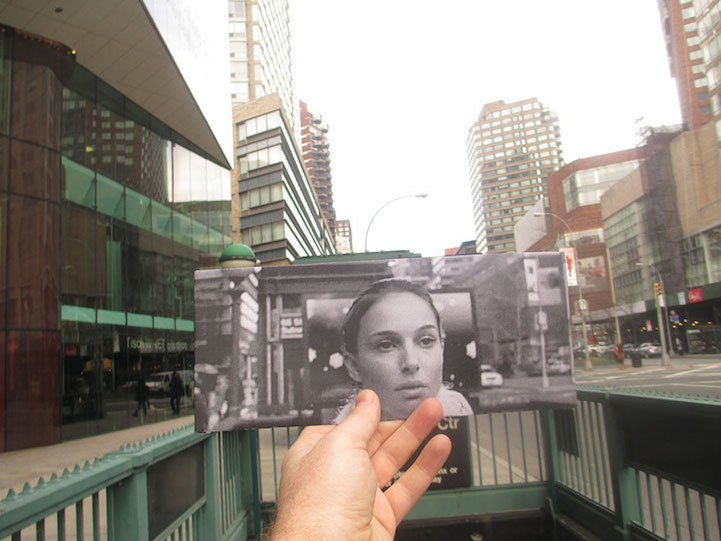 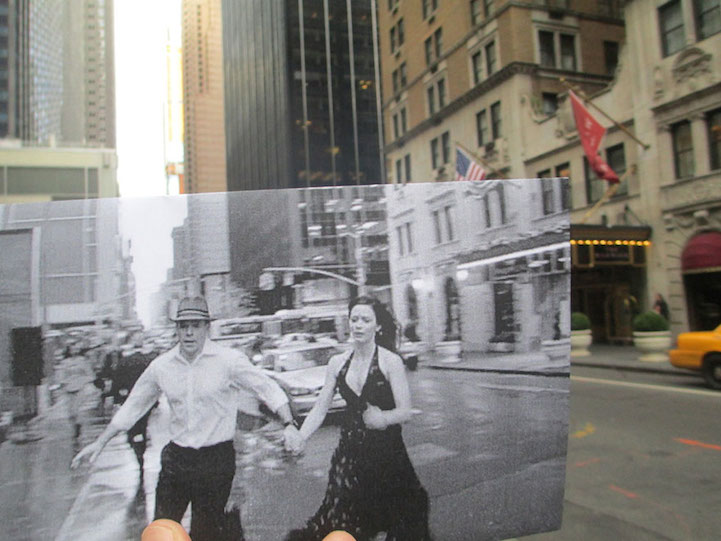