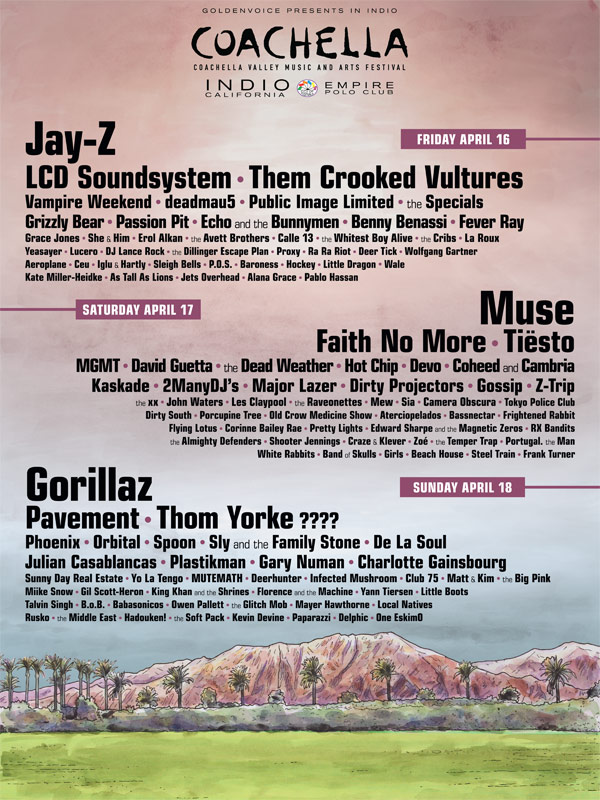 The Coachella Valley Music & Arts Festival will bring a youth movement to the low desert this year. After several years of graybeard headliners, California's signature festival is going back to the future with younger acts including Gorillaz, Muse, Jay-Z, Thom Yorke, MGMT, Hot Chip, Spoon, Vampire Weekend, and LCD Soundsystem. In it's 11th year, the three-day concert begins April 16th at the Empire Polo Field in Indio. This year, festival-goers can also expect to hear Parisian electronic rockers Phoenix, DJs Tisto and David Guetta, and dance veterans Orbital. Some of the notable smaller acts include She & Him, Mew, Corinne Bailey Rae, the Avett Brothers, and Yo La Tengo. Three-day packages for the concert, which begins April 16, are $269, not including Ticketmaster surcharges. Coachella website