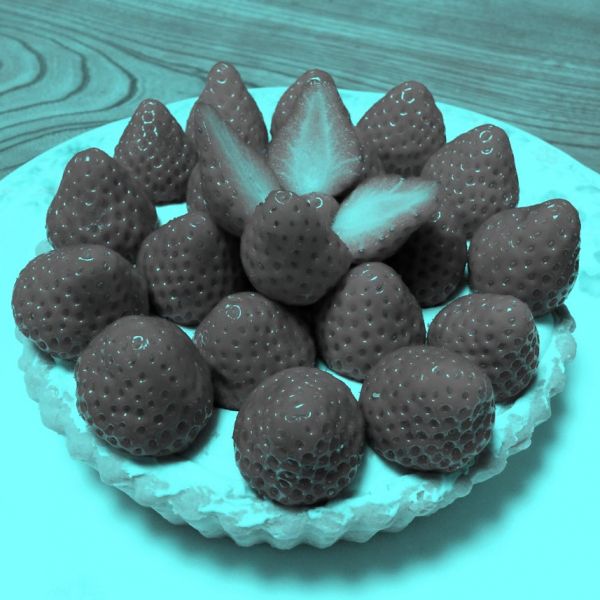 Ready for the next optical illusion that will drive you crazy? This may seem like a simple photo of strawberries, but guess what? There isn't one red pixel in the entire image. Can't see it? Believe us, it's true.

The image was created by Akiyoshi Kitaoka, professor of psychology at Ritsumeikan University in Japan, to show the principle of color constancy. Kitaoka specializes in optical illusions and here, he's showing how our eye compensates for what it believes the colors should be when filtered through a different light.

But, don't just take our word for it, though we did open up the photo and using color picker, verified the absence of red. Several Twitter users have also tested out the image and created some helpful aids to let us understand what's happening here.

Hold your hand over the strawberries to show how your eyes are playing tricks on you in this optical illusion.

@social_brains I isolated a few of the colors that appear most “red” in the strawberries and put them on the white background to the right. pic.twitter.com/GJJ9PJqNxt

Do you see it? Share
Like My Modern Met on Facebook
Get Our Weekly Newsletter
Become a
My Modern Met Member
As a member, you'll join us in our effort to support the arts.
Become a Member
Explore member benefits
Do you see it?