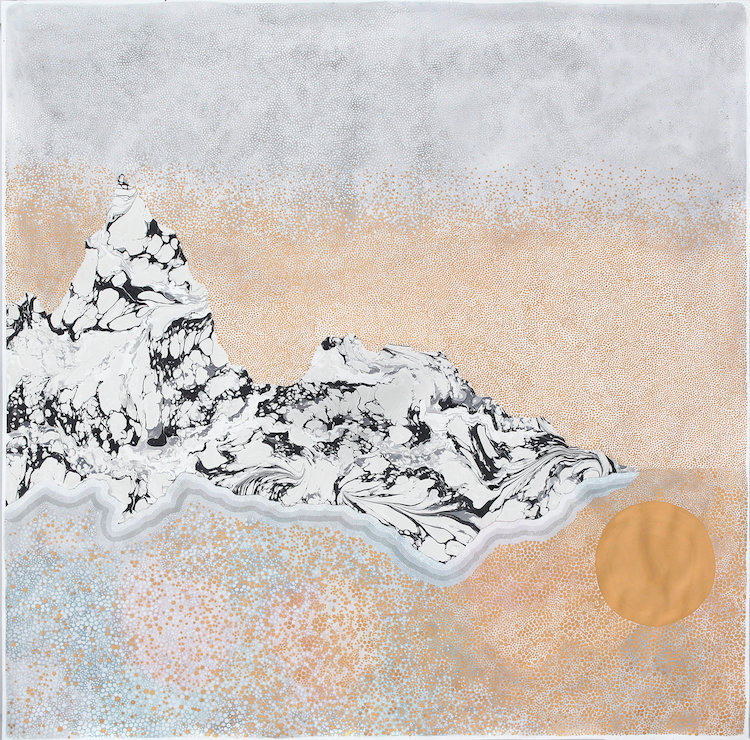 Artist Crystal Liu intimately ties her emotional states to beautiful abstract paintings. In large-scale works, she constructs landscapes that are metaphors for the intangible forces that drive us. Visually, elements of the Earth and sky are the actors for the feelings we cannot easily imagine. Together, the sun, mountains, and more depict “narratives of conflict, entrapment, longing, and precarious hope.” These symbols allow Liu to seem removed, yet make the pieces deeply personal.

When we last marveled at Liu’s work, she had filled compositions with dazzling gold dots. For her most recent pieces, however, she has shifted her focus. Though still meticulous, she uses marbleized paper and creates swirls of black ink using a Chinese painting brush. This combination mimics stones and subterranean sections of land. The metallic pigments, in contrast, represent the moon and hundreds of stars, which breathe life into every piece. “[They] become the protagonists in an epic odyssey of faith and tenacity against the daunting forces of reality,” Liu tells us in an email.

These works are in an upcoming show called Crystal Liu: Weighing It Out at the Hosfelt Gallery in San Francisco. The exhibition will be on view from December 10, 2016 to January 21, 2017. 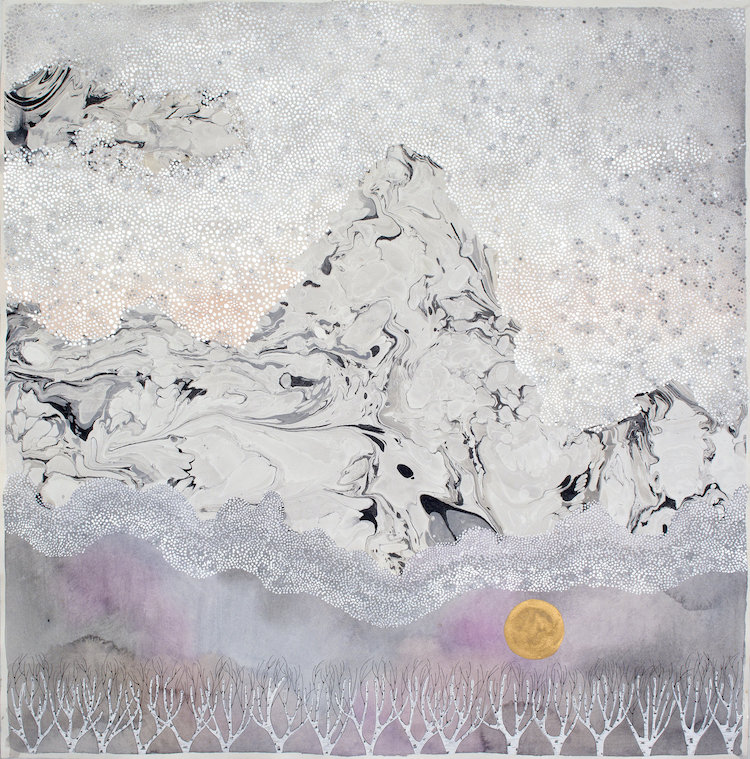 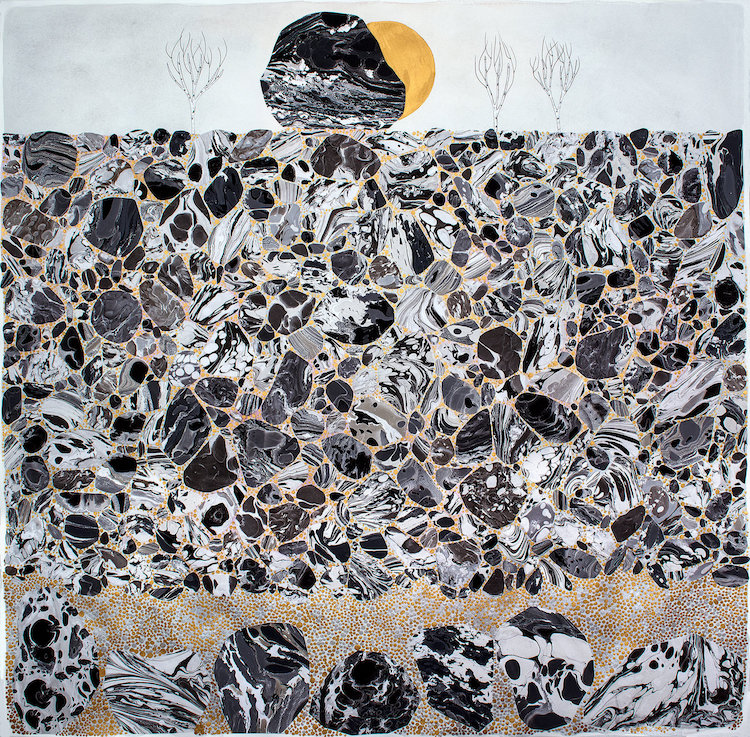 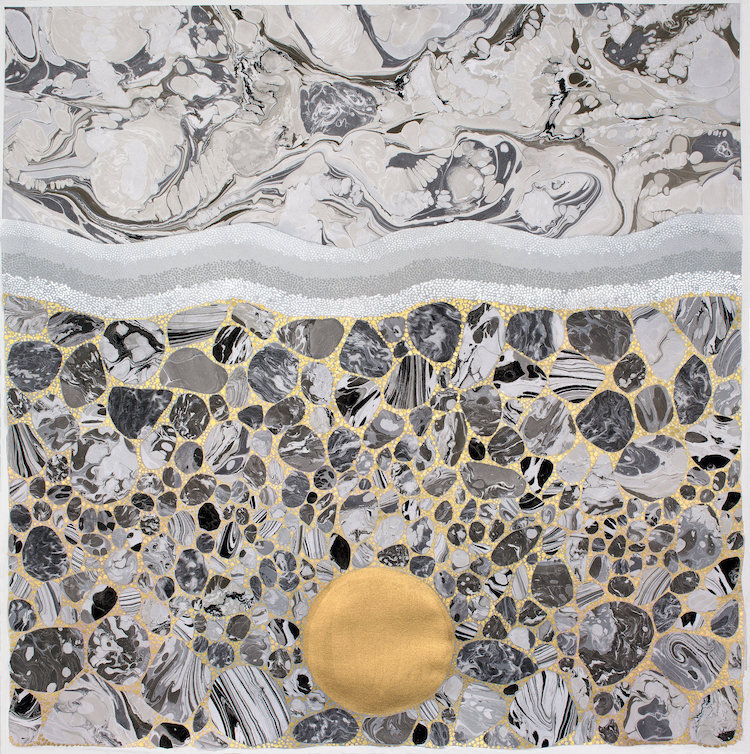 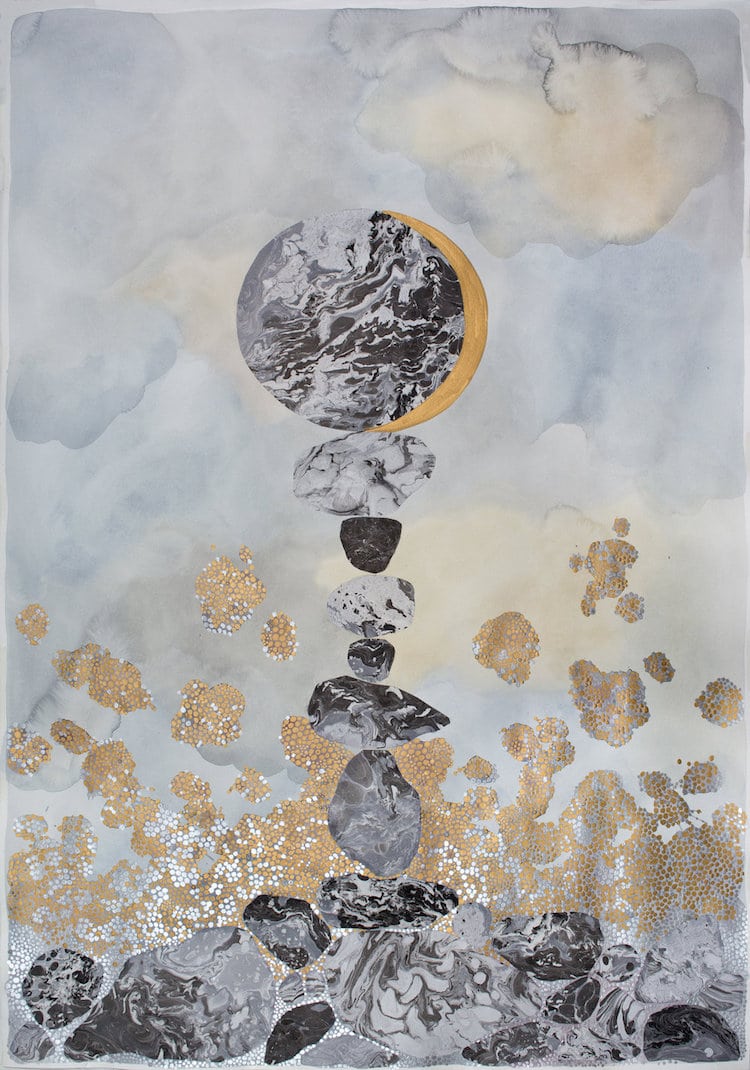 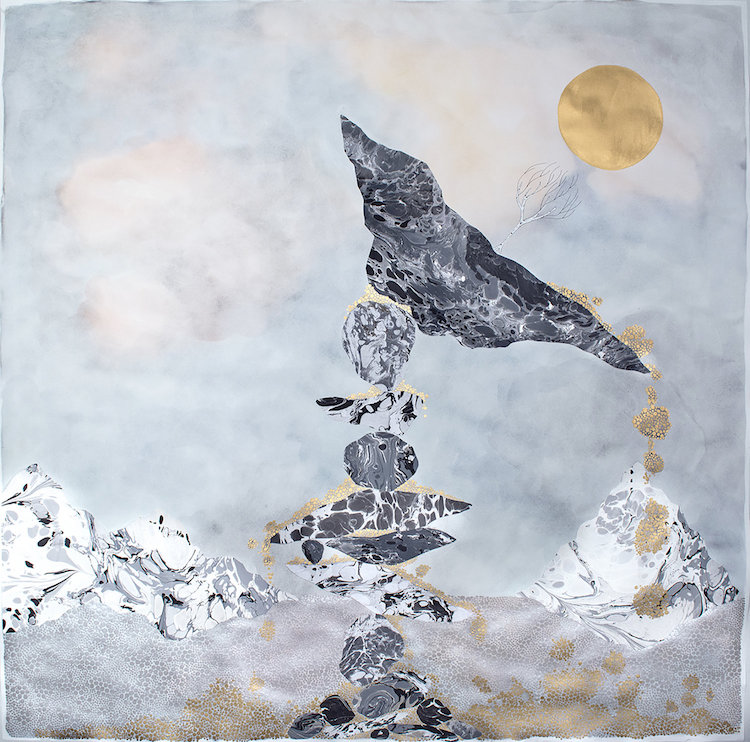 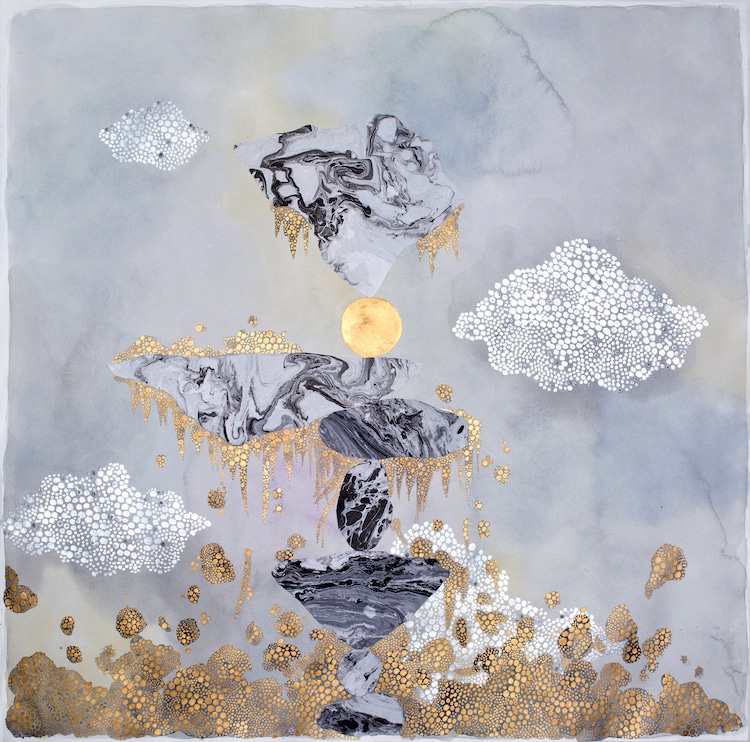 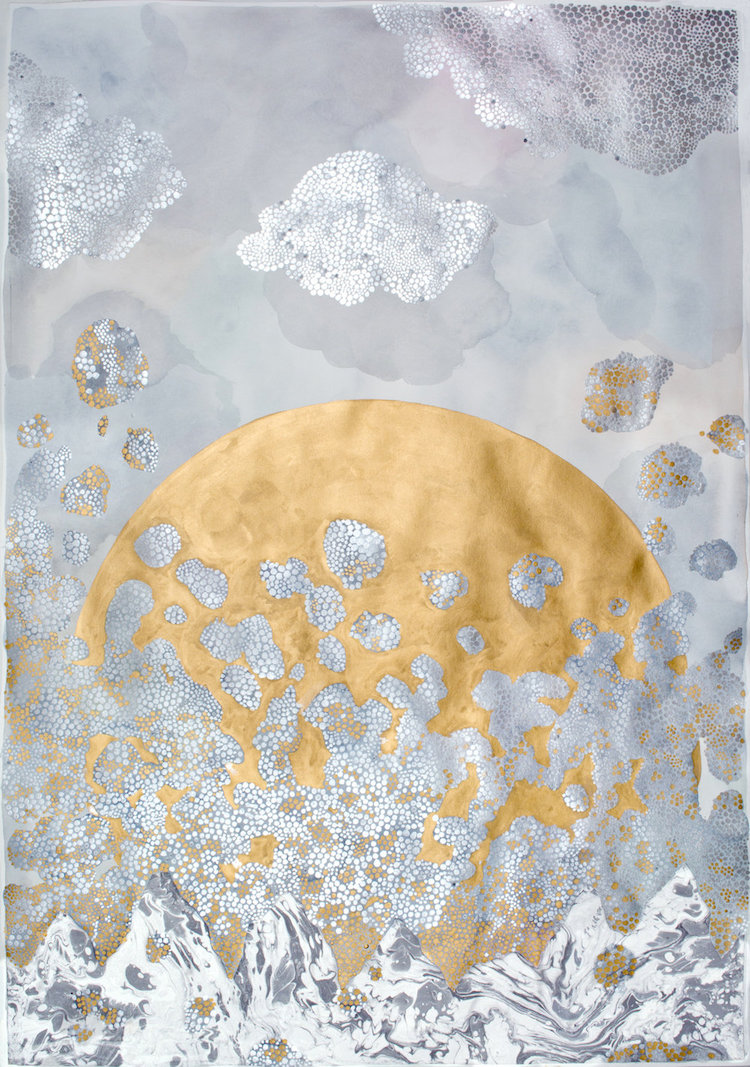 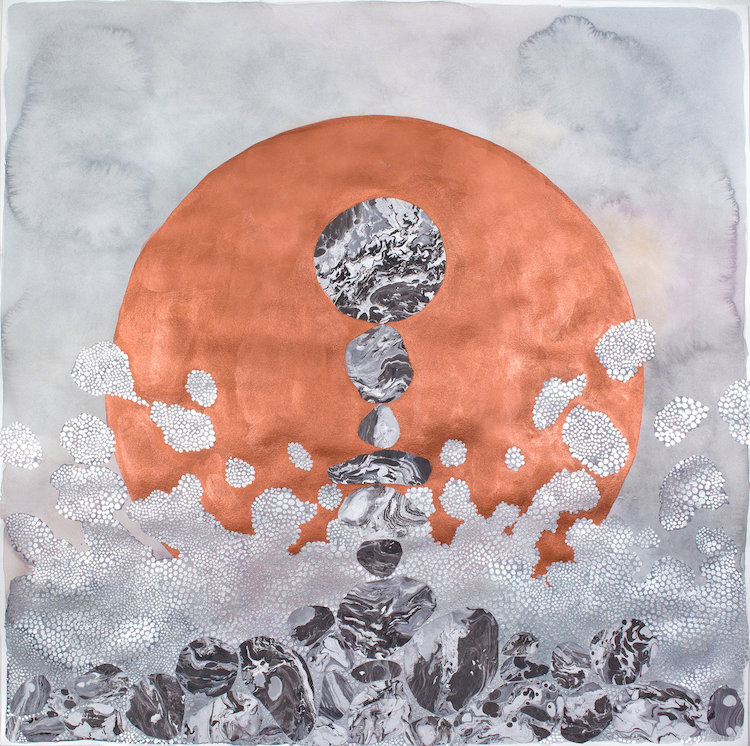 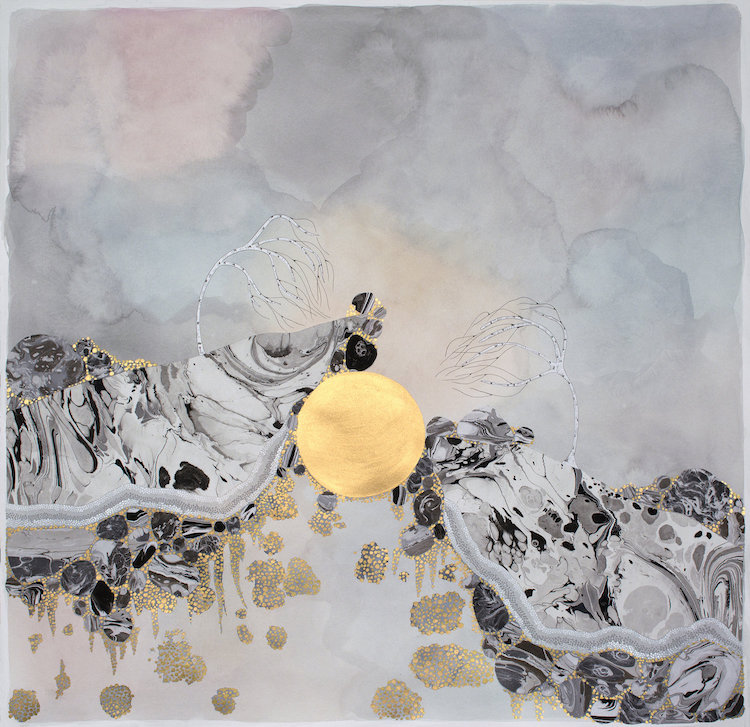 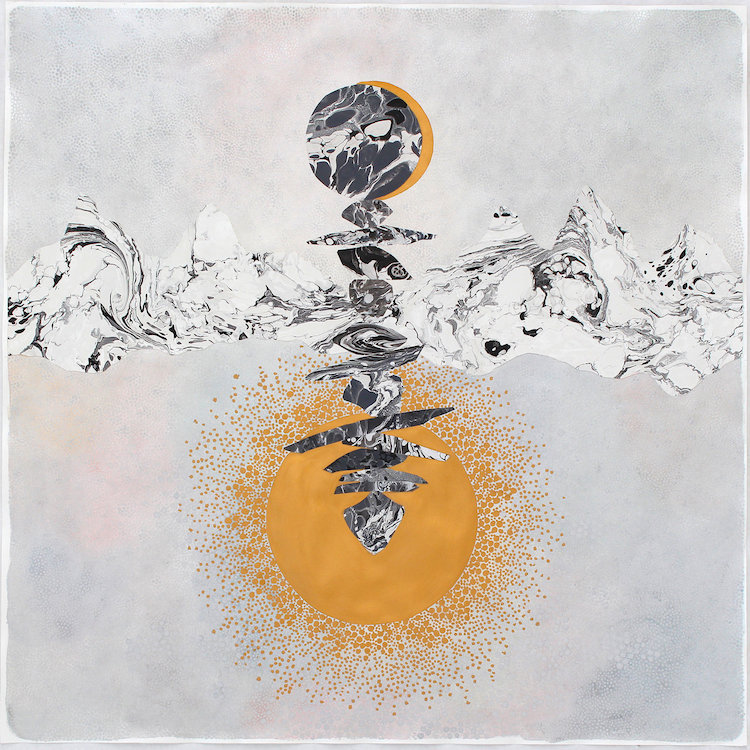 My Modern Met granted permission to use photos by Crystal Liu.