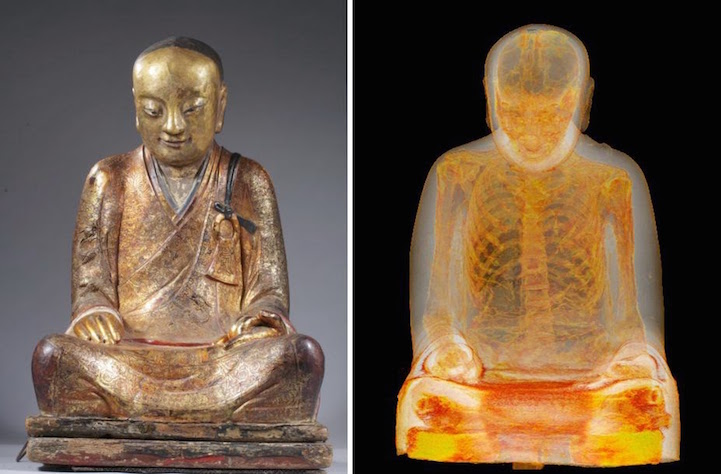 A secret has lay hidden inside this statue of Buddha for nearly a millennium. What looks like an ordinary, traditional figurine was recently revealed to contain the mummified remains of an old Chinese monk identified as Liuquan of the Chinese Meditation School.

The statue, which dates back to the 11th or 12th century, left China for the first time last year. The Drents Museum, an art and history museum in Assen, the Netherlands, arranged for the the thousand-year-old relic to receive a CT scan and an endoscopy at the Meander Medical Centre in Amersfoort. Although it was previously known that there was a mummy inside the statue, this scan unveiled a new, exciting discovery: the existence of several scraps of paper with ancient Chinese writing left in the place where the monk's organs used to be.

The statue has since been taken to Hungary, where it will be on display at the National Museum of Natural History in Budapest until May 2015. 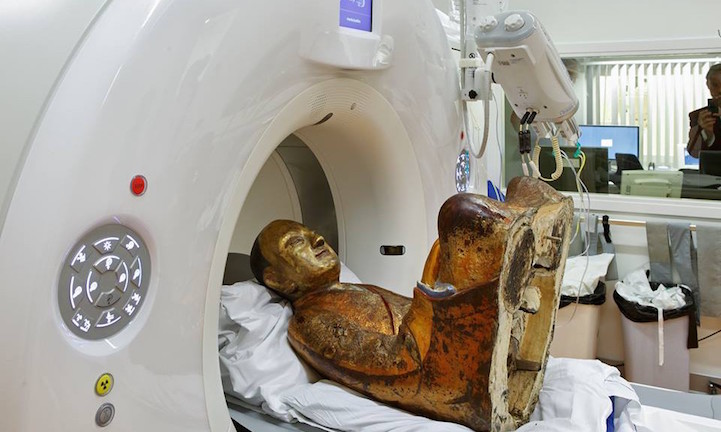 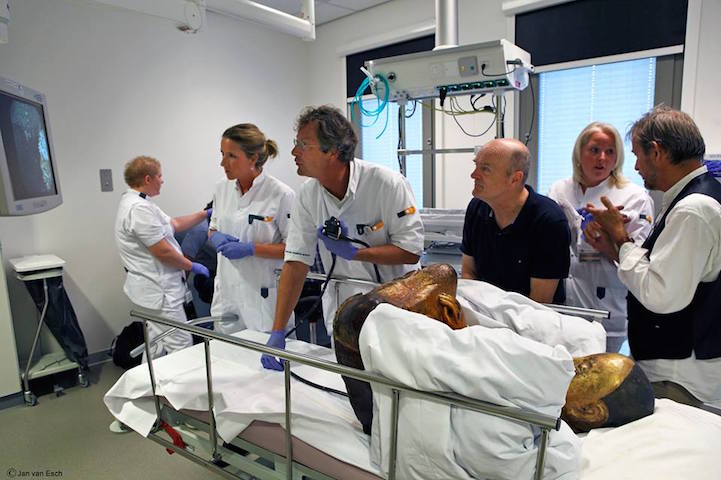