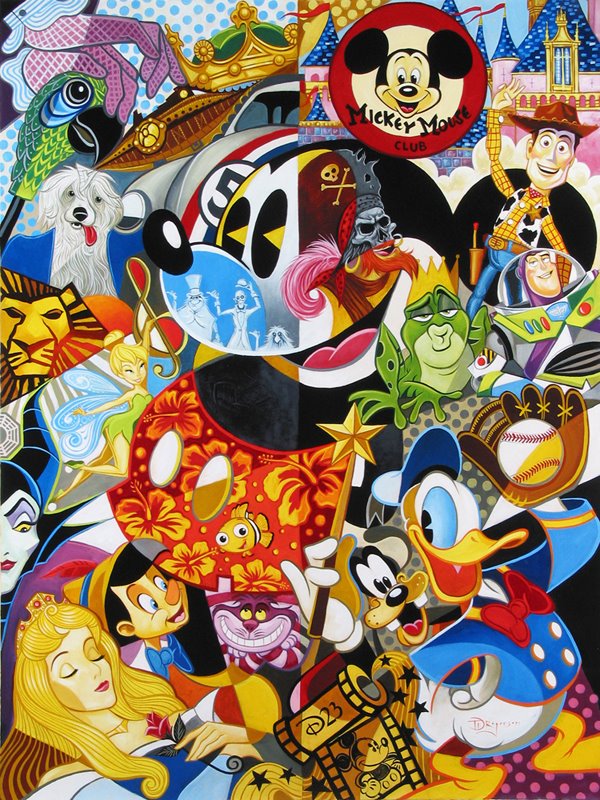 If you missed all that action at Comic-Con and you're a hardcore Disney fan, you may want to mark your calendar and go to the D23 Expo in Anaheim next month. It's basically a four-day event, from September 10-14, that will celebrate — and sell — all things Disney with celebrity appearances and sneak previews of upcoming films, television shows and theme park attractions. It will give hard-core fans insider-access experiences that Disney hopes will turn many of them into Internet apostles for their brand. If you just want to walk the Expo floor here's what you can expect: + Never-before-seen models of classic Disney attractions and glimpses of coming projects that will surprise and delight even the most knowledgeable Disney fans. + An exclusive sneak peek at the expansion of Disney's California Adventure that's so big, it won't fit inside the Blue Sky Cellar. + The chance to meet, up close and personal, Lucky the Dinosaur and WALL-E. + A preview of the most advanced Audio-Animatronics figures ever created. + Displays showcasing cutting-edge effects technologies that are being developed for Disney attractions, shows and venues. + New Disney Cruise Line itineraries for 2011. More exciting would probably be the Storytellers Theater presentations. In the 500-seat Storytellers Theater, Imagineers and Cast Members who create and operate Disney's parks, resorts, cruise ships and other vacation experiences will take fans behind the magic with a variety of presentations including: World of Color – Imagineer Steven Davison brings to life World of Color, the water-and-fire spectacular that will debut next year at Disney's California Adventure. You can expect the following presentations: + The Making of Toy Story Mania! – From its interactive elements and innovative ride system to its cutting-edge Audio-Animatronics figure of Mr. Potato Head, Toy Story Mania! represents a new kind of Disney theme park attraction. Meet the team who helped bring it to life. + “So You Want to Become an Imagineer” – A panel of Imagineers will answer one of the most frequently asked questions of Walt Disney Imagineering – “How does one become an Imagineer?” – and will share what it's like to be one. + The Making of the U.S. Presidents – Imagineers will talk about updating both Great Moments with Mr. Lincoln at Disneyland and Hall of Presidents at the Magic Kingdom at Walt Disney World. + An Afternoon With Imagineering Legends – Disney Legend Marty Sklar will lead a celebration of the careers and accomplishments of Walt Disney Parks and Resorts Cast Members who have been named Disney Legends. It's basically a pretty cool way to find out all that's behind the magic curtain. Tickets to the D23 EXPO are available at http://www.D23Expo.com. Admission includes access to all experiences and entertainment at the D23 EXPO and can be purchased for single days or for the full four days of festivities. Admission is $37 for a one-day adult ticket and $27 for children 3-12. Four-day passes are $111 for adults and $81 for children. Hop on over to the D23 website to learn more. You can also read a related LA Times article, here.