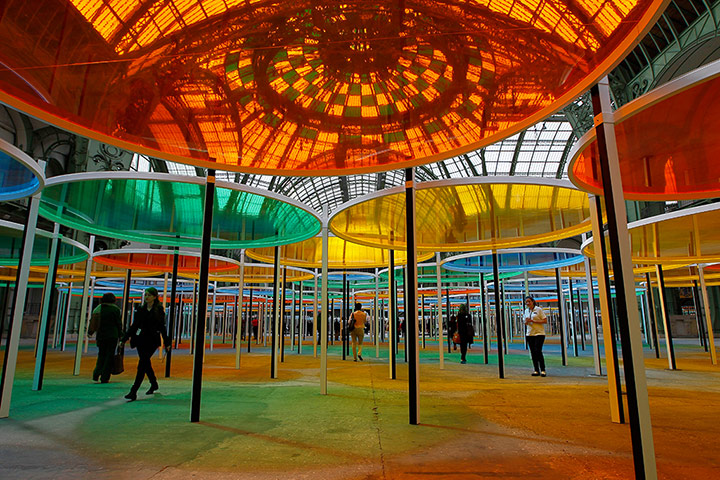 Ready for a fantastic installation that will make you want to hop on a plane to Paris? French conceptual artist Daniel Buren presents Excentrique(s), an incredibly beautiful exhibit at the Grand Palais. Rainbow colored disks act like trees one walks underneath. It's part of Monumenta, an annual art project now in its fifth year, that dares an artist of international stature to overtake one of the French capital's most monumental buildings. (You may remember British artist Anish Kapoor's massive balloon beast which filled the space last year. It attracted more than 270,000 people in just six and a half weeks!)

The translucent circles, colored in red, blue and green, create a second roof that's just eight feet high. As light streams in through the windows, the installation comes alive.

“Wow. That's the moment I only understood it, when the sunlight came through the ceiling and hit the disks and shone off the floor: that's the beautiful part with colors everywhere, when everything came together perfectly,” said visitor Nina Aelbers.

The installation will be open to the public on May 10 through June 21, 2012. If you're in Paris, you'll want to experience this rainbow colored forest for yourself. 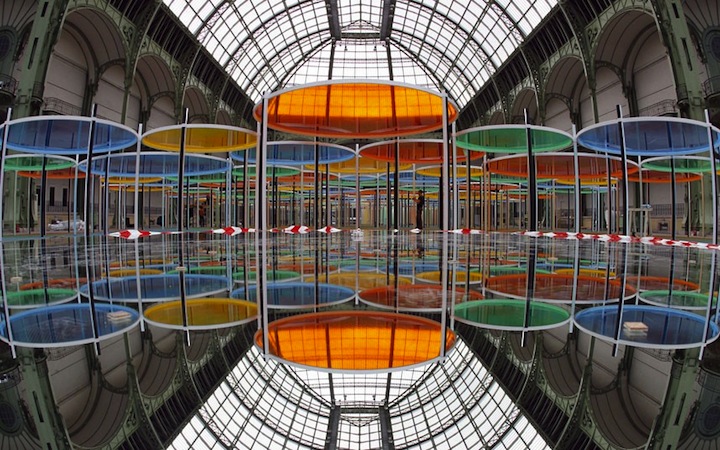 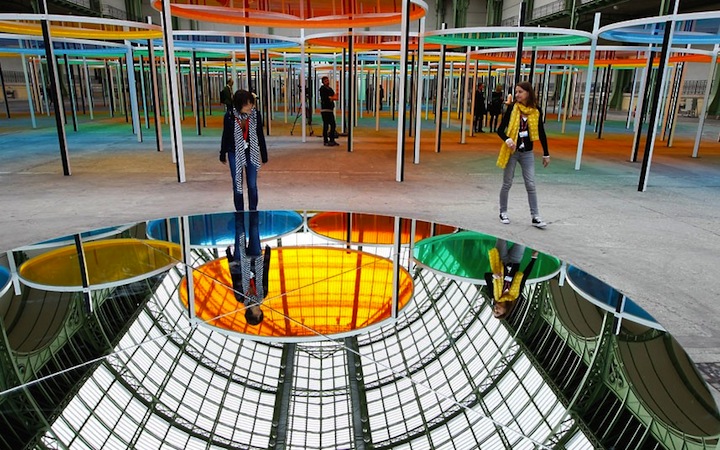 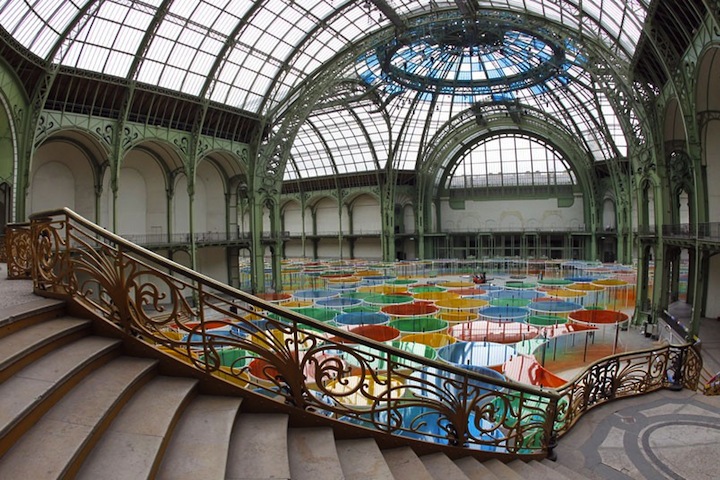 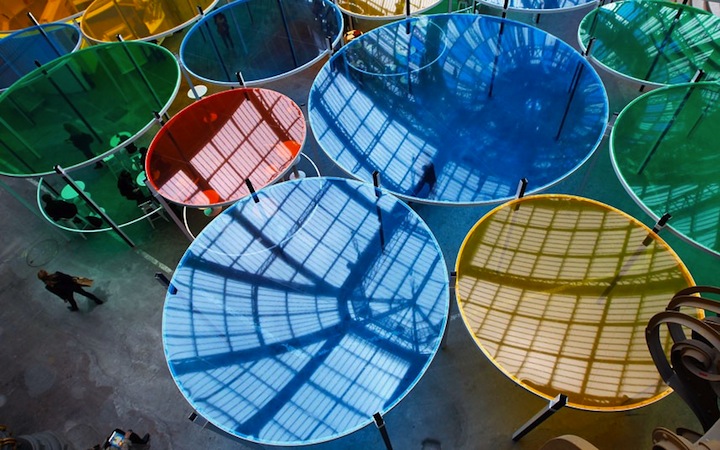 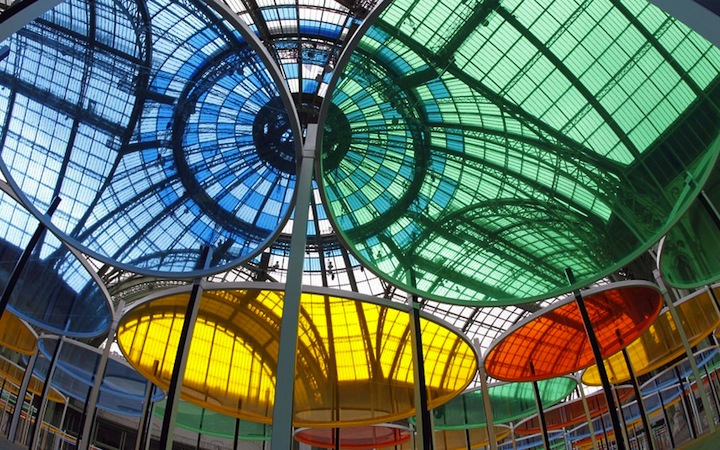 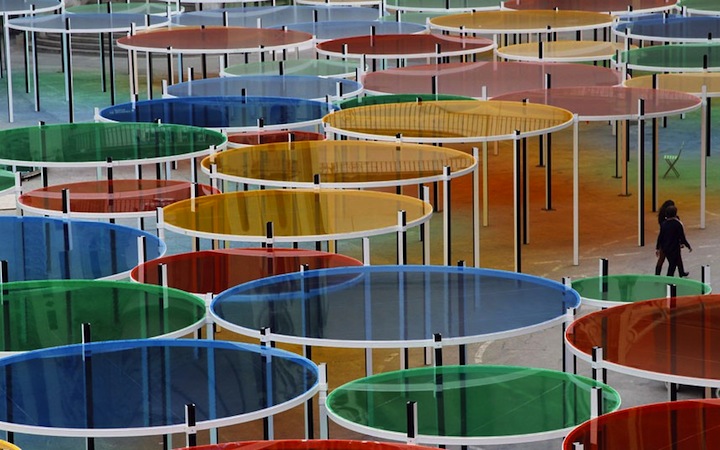 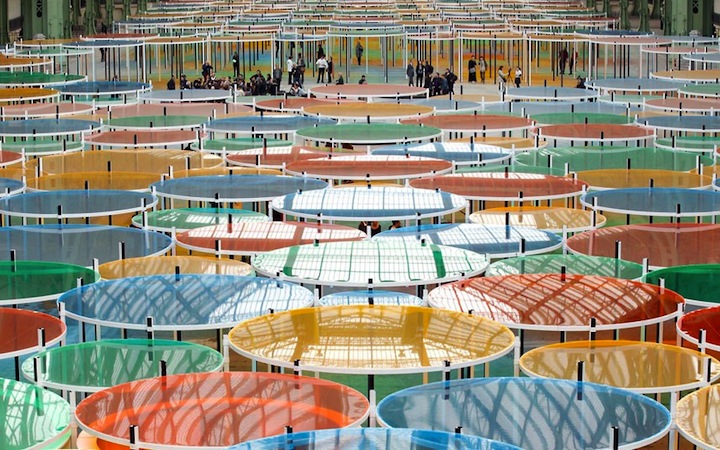 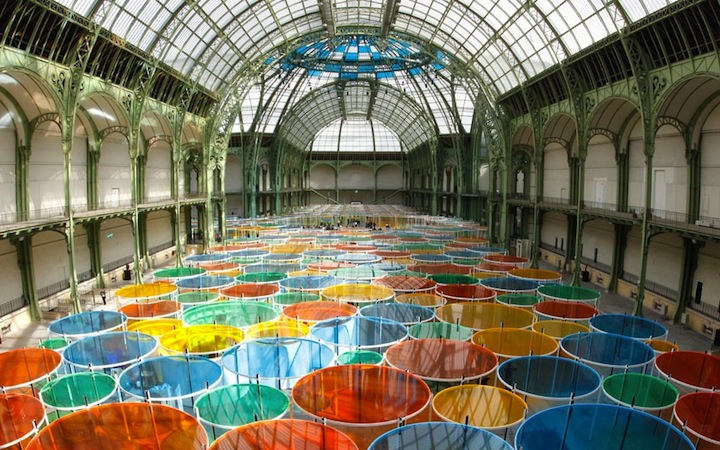 Photos via [The Telegraph] and [Guardian]