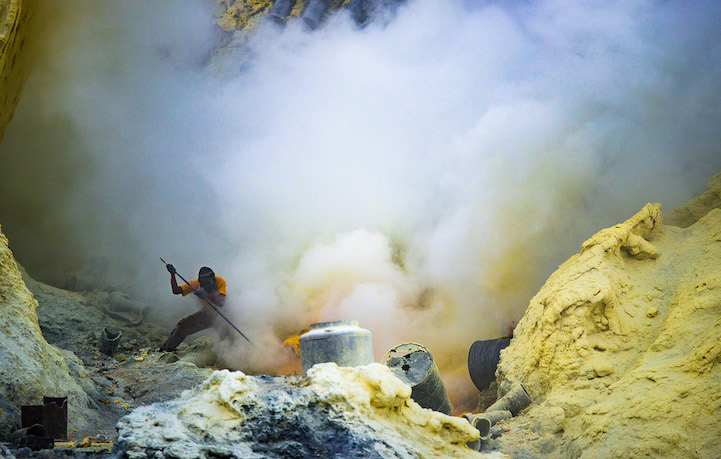 While traveling in Indonesia last month, Biella, Italy-based photographer Davide De Conti made the trek to East Java’s Kawah Ijen, an active volcano with a turquoise-colored crater lake that is the site of a labor-intensive sulfur mining operation. For his eye-opening project, titled The Quest for Poor’s Gold, De Conti photographed the back-breaking work of miners as they braved toxic fumes to extract yellow sulfur from the shores and bowels of the highly acidic crater lake.

Protected by just scarves–or gas masks, for the lucky ones–hundreds of laborers collected chunks of solid sulfur, which they transport in baskets carried across their shoulders. Balancing the heavy loads, which weigh between 75 and 100 kg, the miners climb from the base of the crater to the top, and then back down the mountain to the weighing station. From there, the material is manually carted to the base camp, where it’s picked up by trucks to take to the refinery. About 80% of the sulfur extracted from Kawah Ijen is used for bleaching sugar, while the remaining materials are contributed to the production of goods such as cosmetics, fertilizers, and gunpowder.

According to the photographer, the average life expectancy of a sulfur miner is 50 years. De Conti writes: “They suffer from burns to their back and deformations caused by overexertion. Despite this, they carry out this work (earning approximately $12 per day) to allow their children to have a good education. The strong smells and yellow dust of sulfur never leave their skin.” 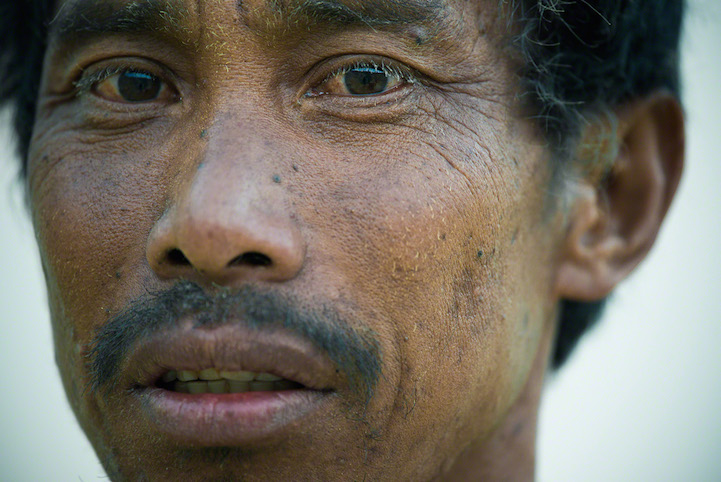 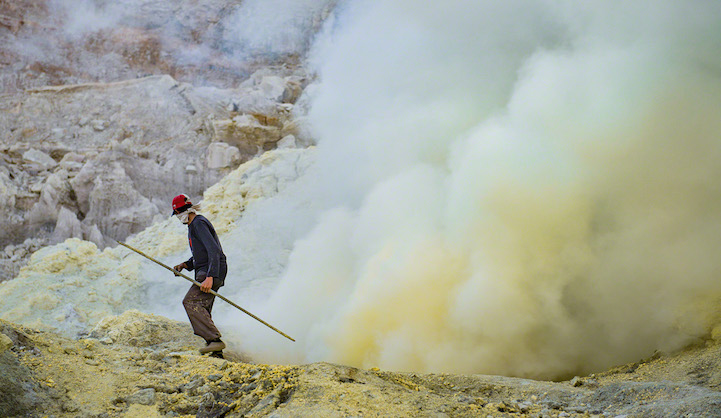 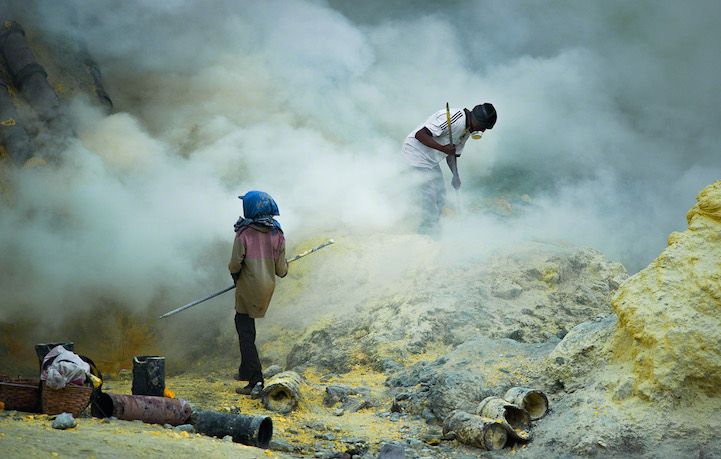 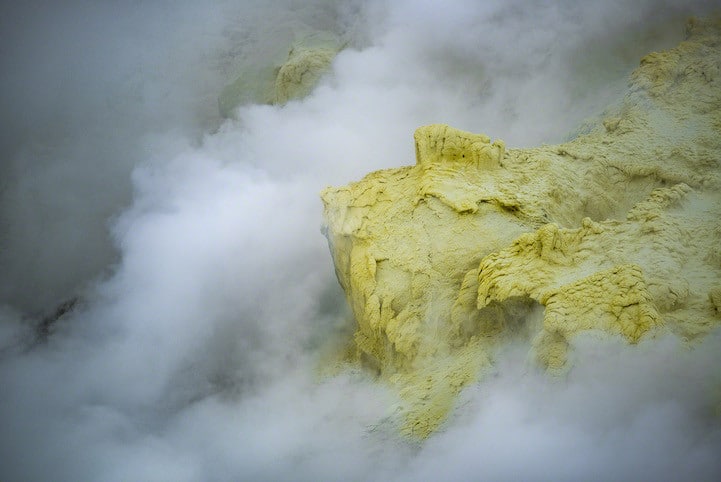 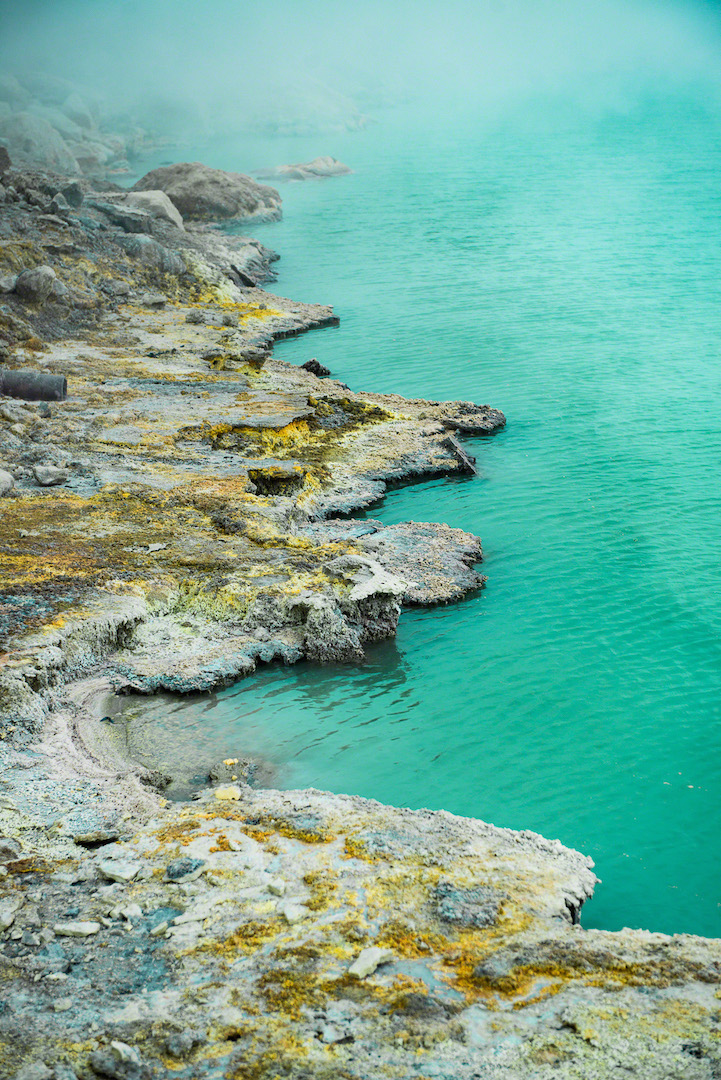 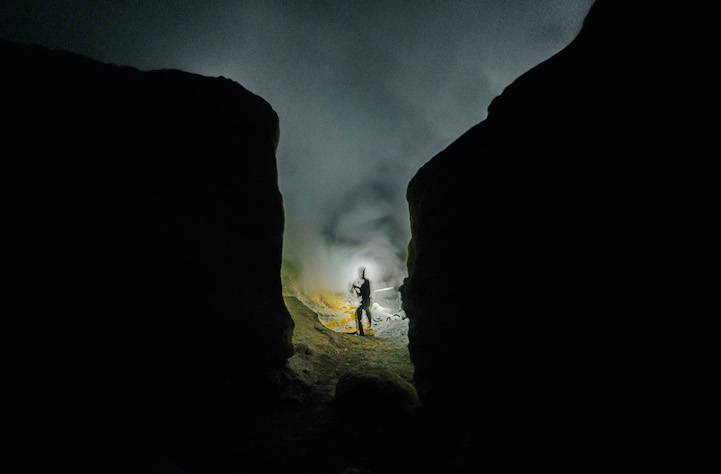 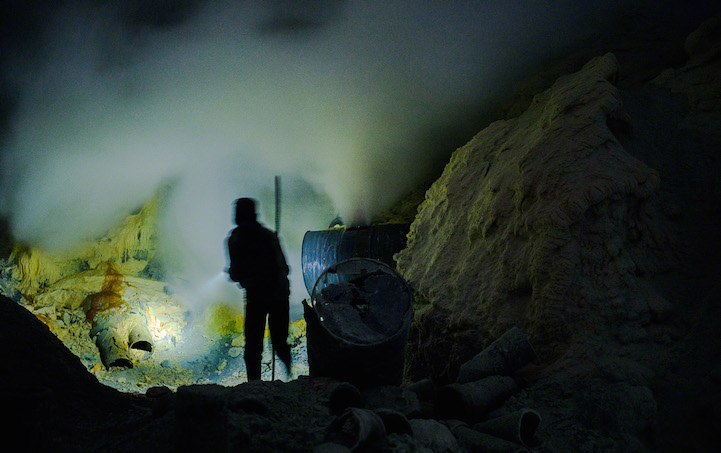 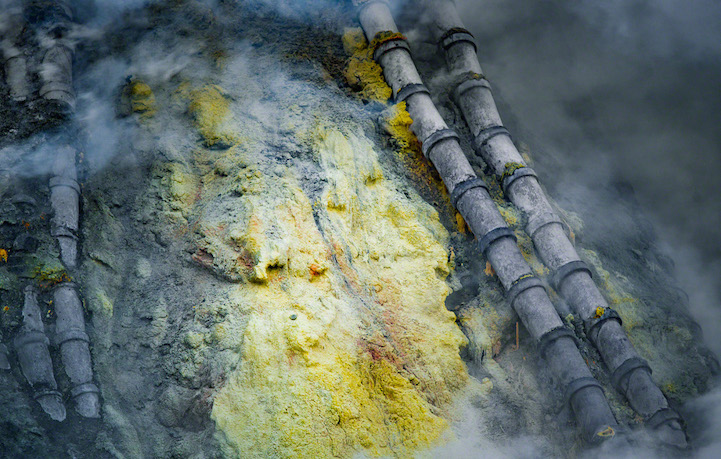 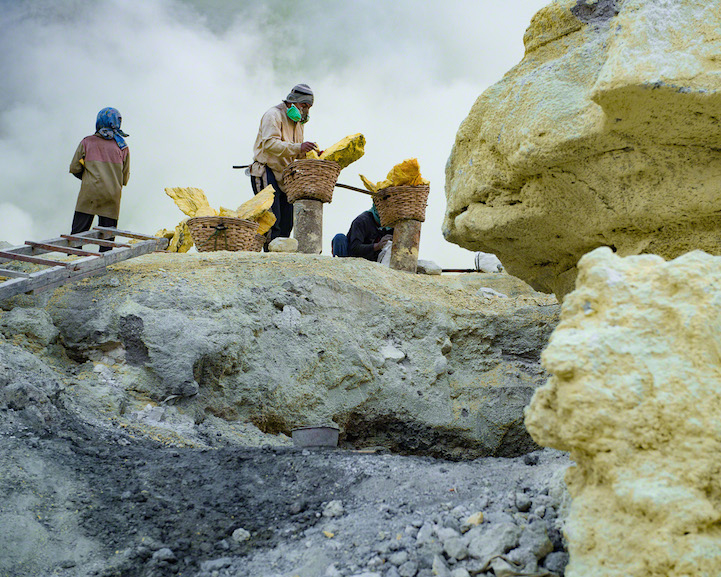 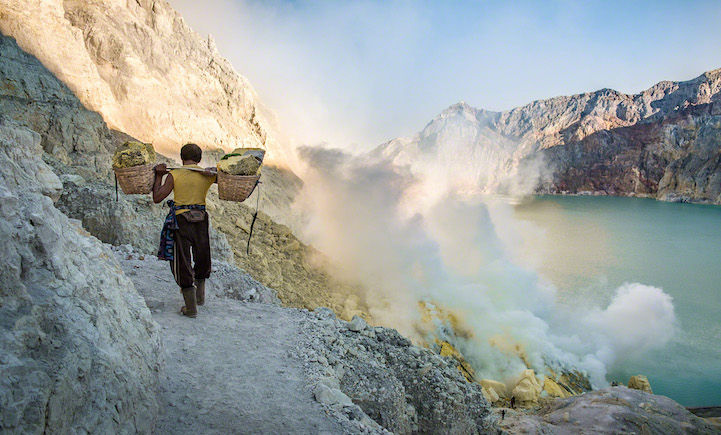 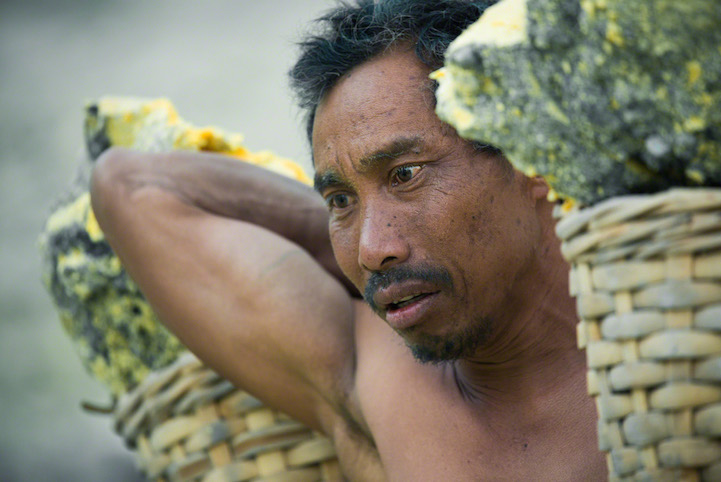 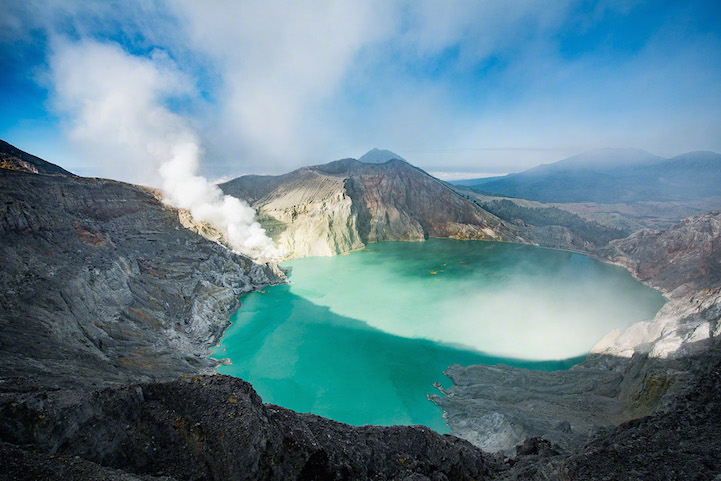 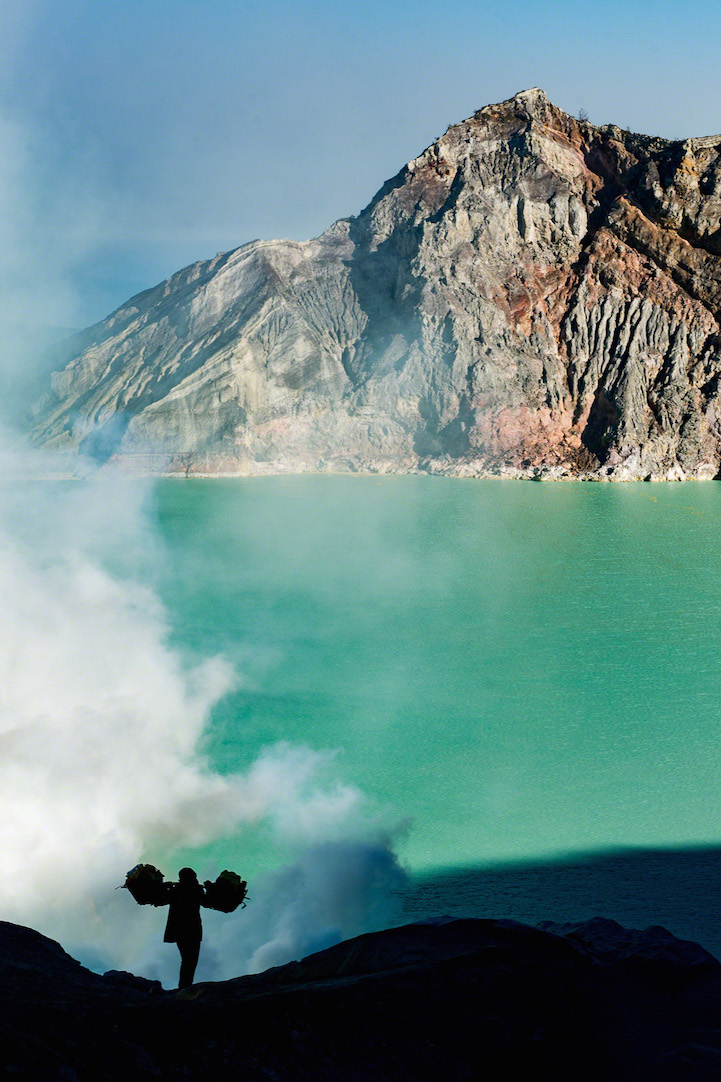 My Modern Met granted permission to use photos by Davide De Conti.