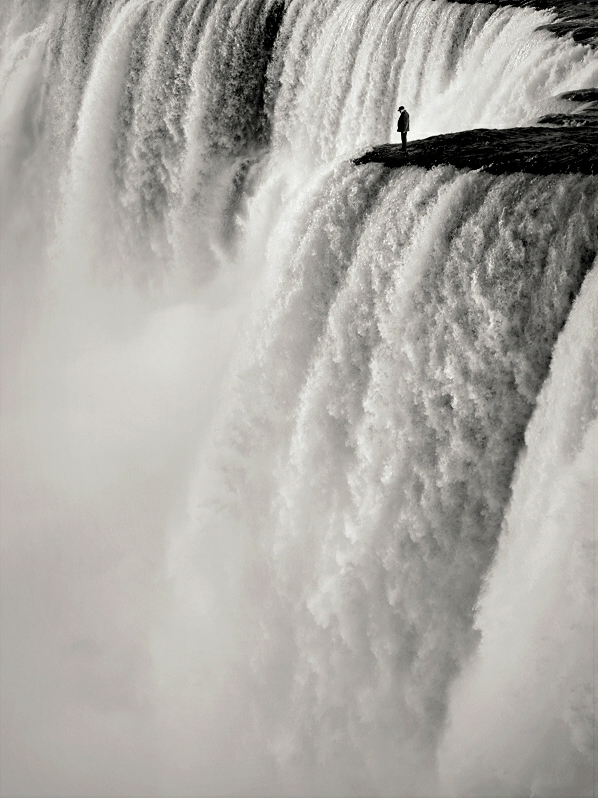 This powerful image by Dimitar Variysky immediately stirs up all kinds of emotions. As a tiny speck of a man stands on the edge of a massive, raging waterfall, the first feeling felt by many viewers is a sense of fear, perhaps of falling or dying. The second emotion would probably be curiosity. After all, why is this man standing on the edge of a seriously dangerous-looking waterfall? Is he nuts? And lastly, depending on your perspective, it would be a sense of triumph or defeat. The optimist would see this image as a man standing tall and surviving the almighty forces of nature, while the pessimist would see it as a last act of desperation from a forsaken man.