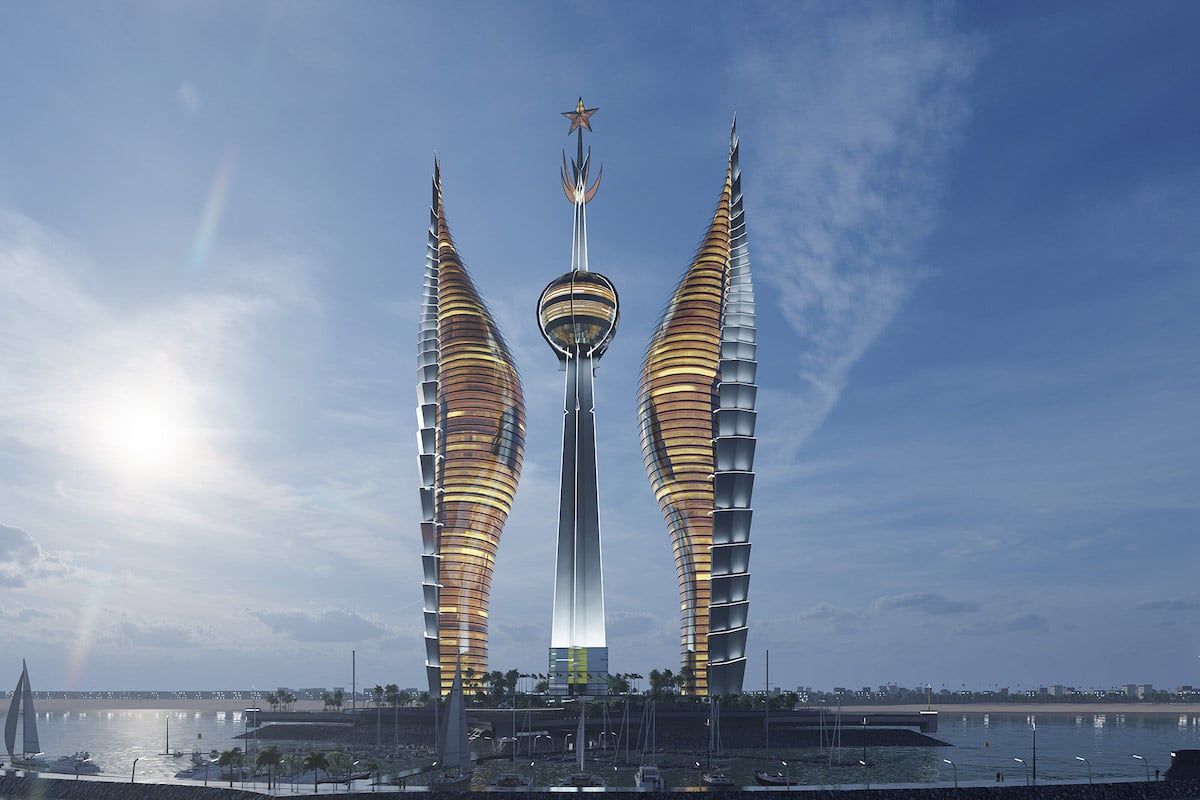 It is hard not to get excited about record-breaking architecture, especially when that architecture includes sculptural towers that would become the tallest buildings in an entire continent. Russian architect Alex Wizhevsky’s Djibouti Towers is a complex of futuristic buildings that, if built, would beat out the Carlton Centre for the tallest skyscraper in Africa. The new complex would include 43 stories and stand at approximately 780 feet tall, just over 50 feet taller than the current record holder.

Its unusual design would also certainly help it stand out amongst the other tallest skyscrapers in the world. Three individual buildings each relate to a symbolic narrative for the Republic of Djibouti. Two outer buildings feature a bulging curve and unique form inspired by traditional Djibouti daggers. Ornamentation on these buildings also includes local symbolism that celebrates culture. These elements come from the Laurel wreath which represents the Djibouti independence won in June 1977. 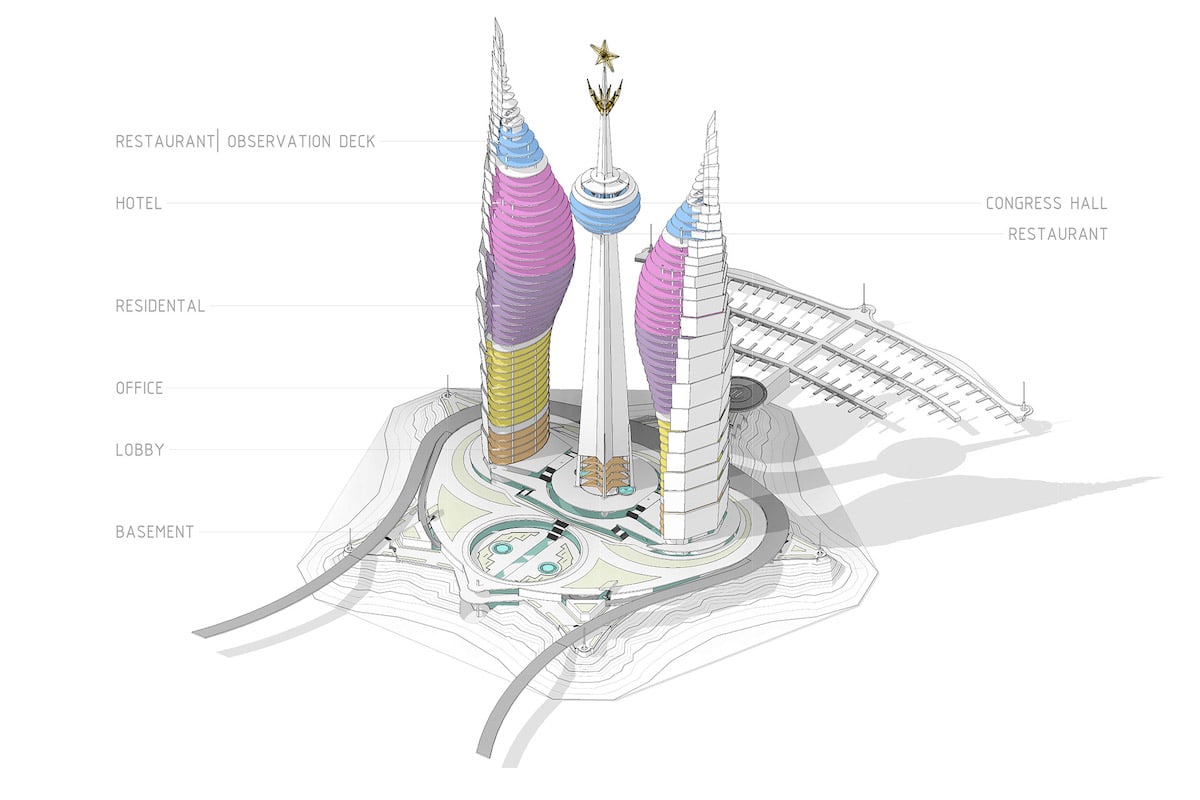 The center tower is the most unique and symbolic tower of the trio. It includes a spear and a shield topped with a star. Wizhevsky explains that this overall composition symbolizes the unity of the nation. The rotating sphere is also literally a place that celebrates unity and is planned to hold events for delegates as well as a luxurious restaurant.

Djibouti Towers is designed as a new business and retail hub that would help develop the area's reputation as a business district and center for international trade. Wizhevsky also hopes that the concept would promote unity through its design intent, stating: “We hope that the business and cultural development center ‘Djibouti Towers’ will become a symbol of peace and national unity of the Horn of Africa states.”

Wizhevsky shares that Djibouti Towers has received early acclaim. “The project has already been approved by the President and the Government of the Republic of Djibouti,” he shares. “Moreover, the construction was provided with the piece of land, which is allocated in the city of Djibouti, which is the capital.” Time will tell if these highly symbolic towers will become a reality—and the tallest buildings in Africa.

Djibouti Towers would become the tallest buildings in Africa once constructed and their design holds important cultural significance. 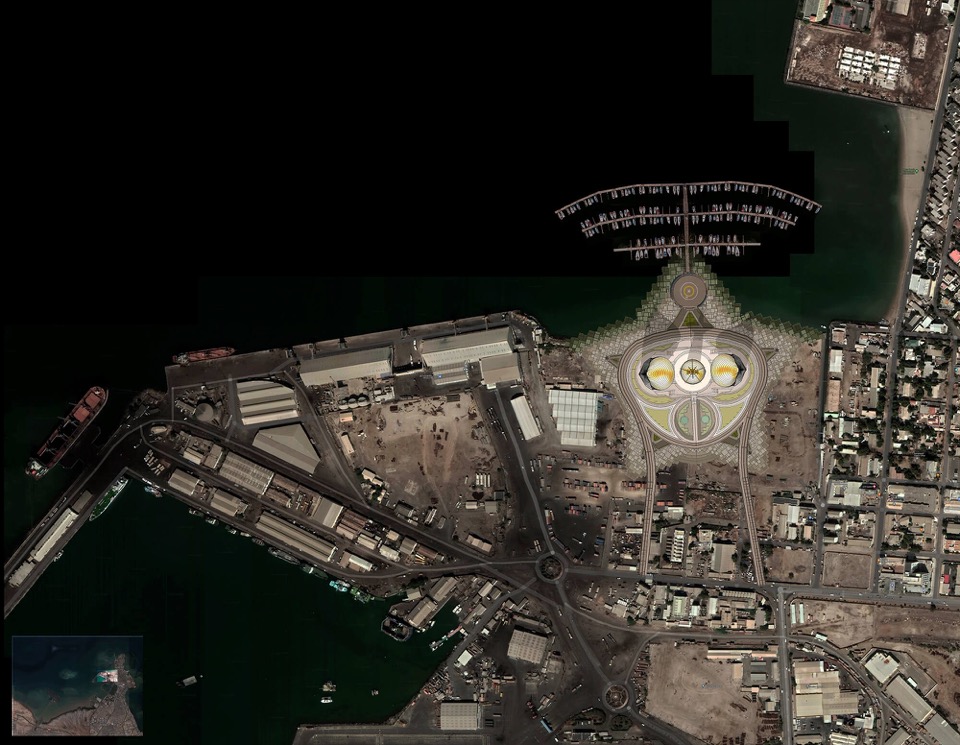 The two outer buildings are inspired by traditional Djibouti daggers while the center building is a composition that celebrates the unity of the nation. 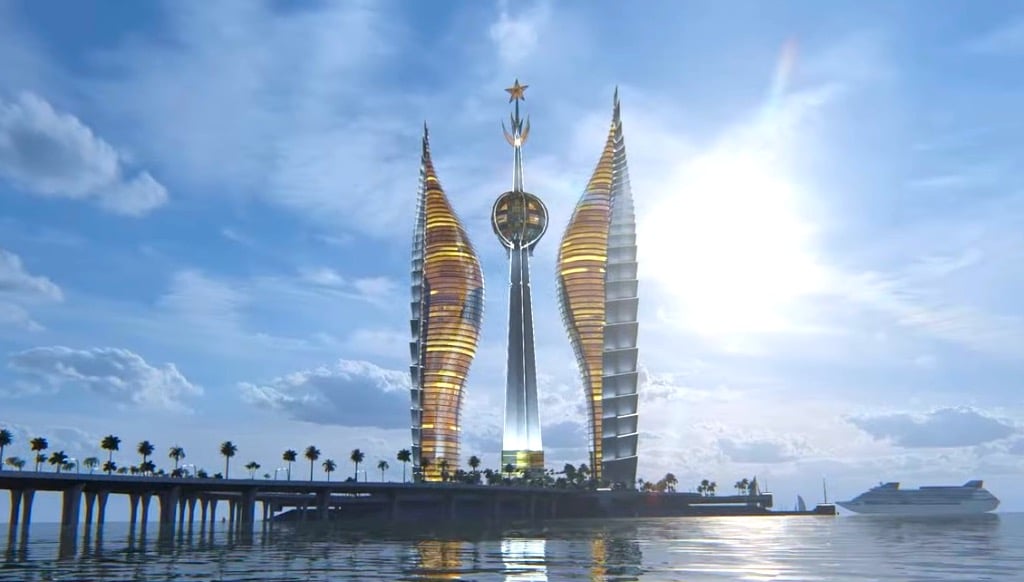 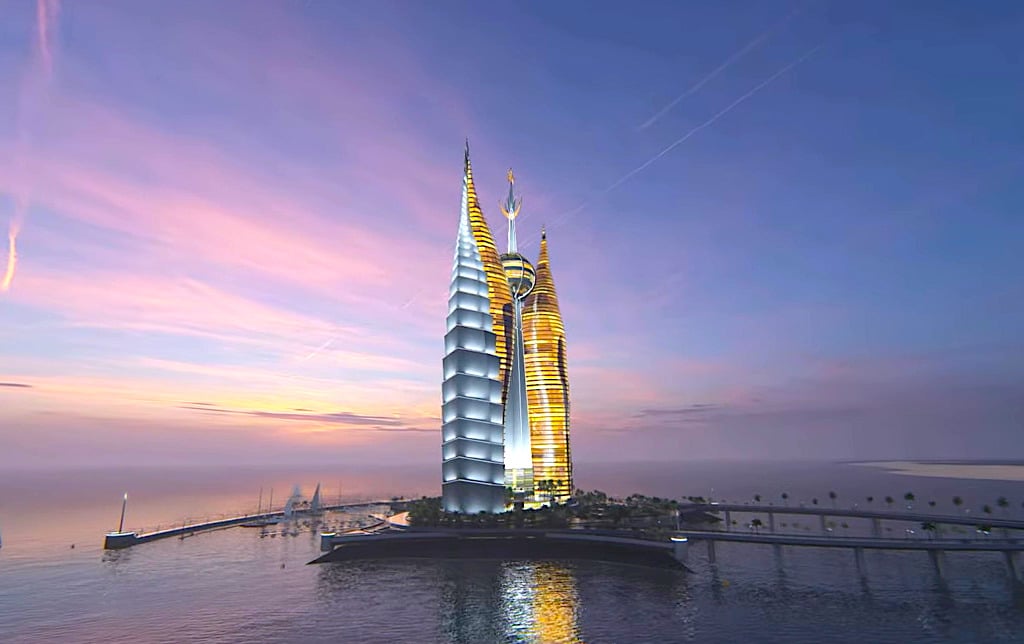 All images via Alex Wivhevsky.

What do you think of this concept? Share
Like My Modern Met on Facebook
Get Our Weekly Newsletter
Become a
My Modern Met Member
As a member, you'll join us in our effort to support the arts.
Become a Member
Explore member benefits