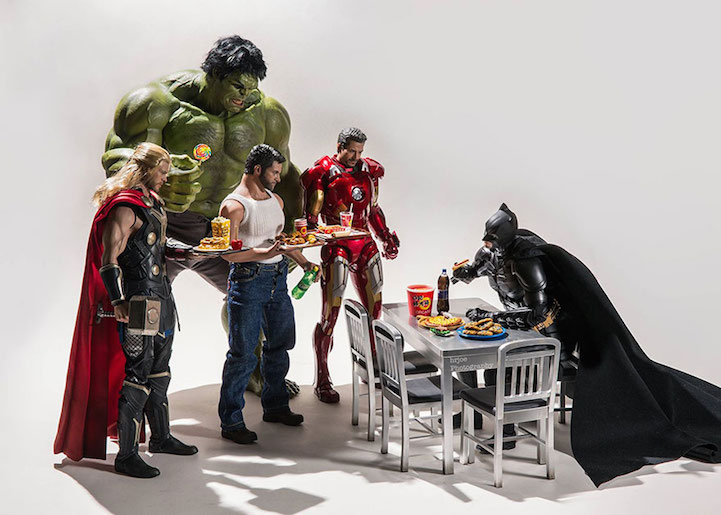 Photographer Edy Hardjo humanizes superhero toys in his hilarious, on-going series of images. Using high-quality action figures, the Indonesian creative poses characters from the Marvel and DC-comic universes into picture-perfect situations. The Hulk, Thor, Spiderman, and many more are seen playing hopscotch, giving each other haircuts, and taking selfies. Hardjo's delightfully-arranged compositions offer a fun insight into their secret lives.

Before this project, the photographer never liked action figures. It was only after this new generation of ?-scale figures (from brands like Hot Toys, Enterbay, and 3A) that he changed his mind, because they look like the actors from the movies. Hardjo then began collecting them and telling stories through their poses. In an interview with Shutterbug, the photographer says that he uses his daily experiences as inspiration. “The recipe,” Hardjo says, “is ‘wrong combination.' All I do is replace the ‘usual' thing with the ‘unusual.'”

These images are really well done, and it's partly what makes the photos so successful. Even though we know they're toys, Hardjo has made them look realistic. He does this with the help of Photoshop. After posing the figures just right, he removes the stands and some of the more obvious joints using the photo-editing tool. This makes them appear more life-like and dramatic. 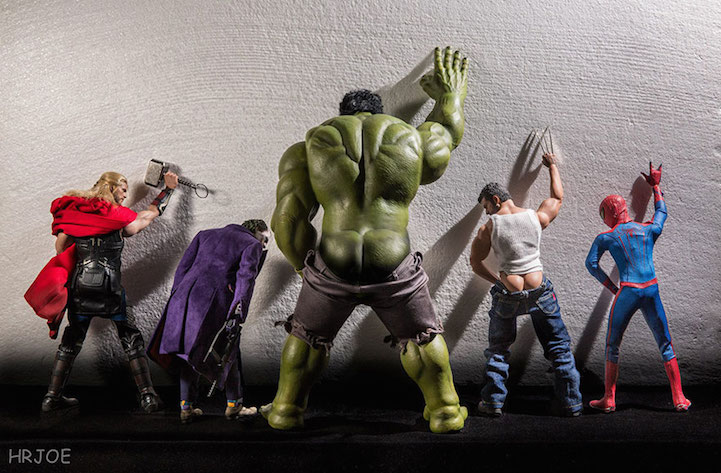 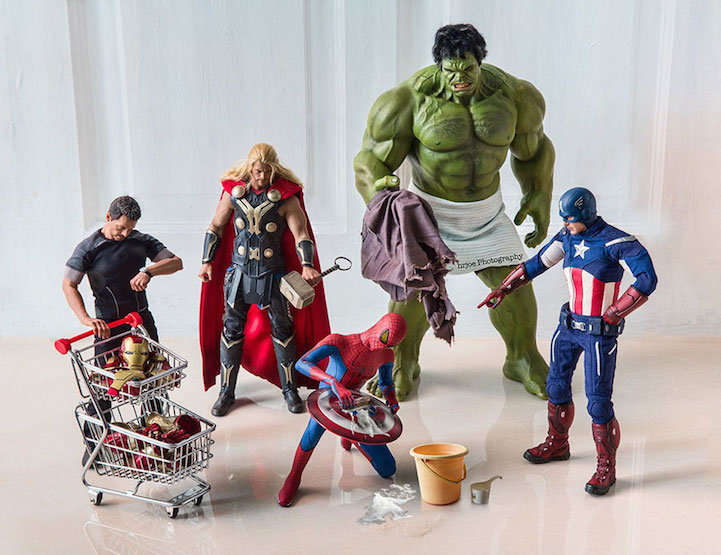 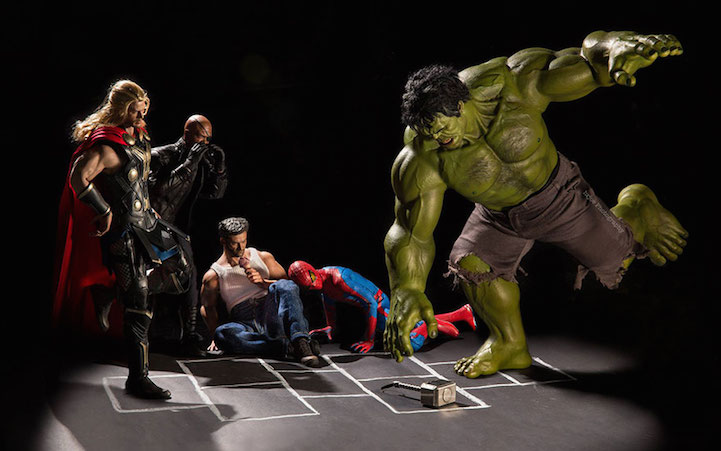 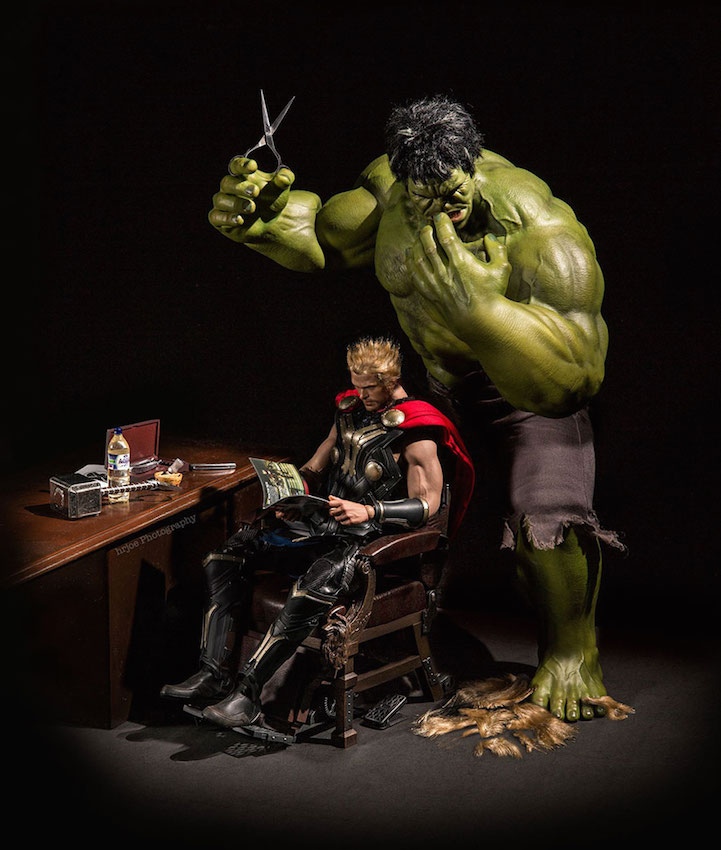 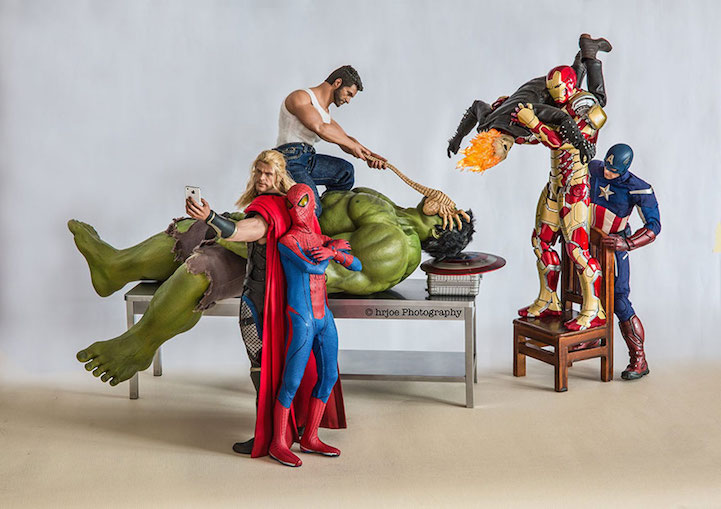 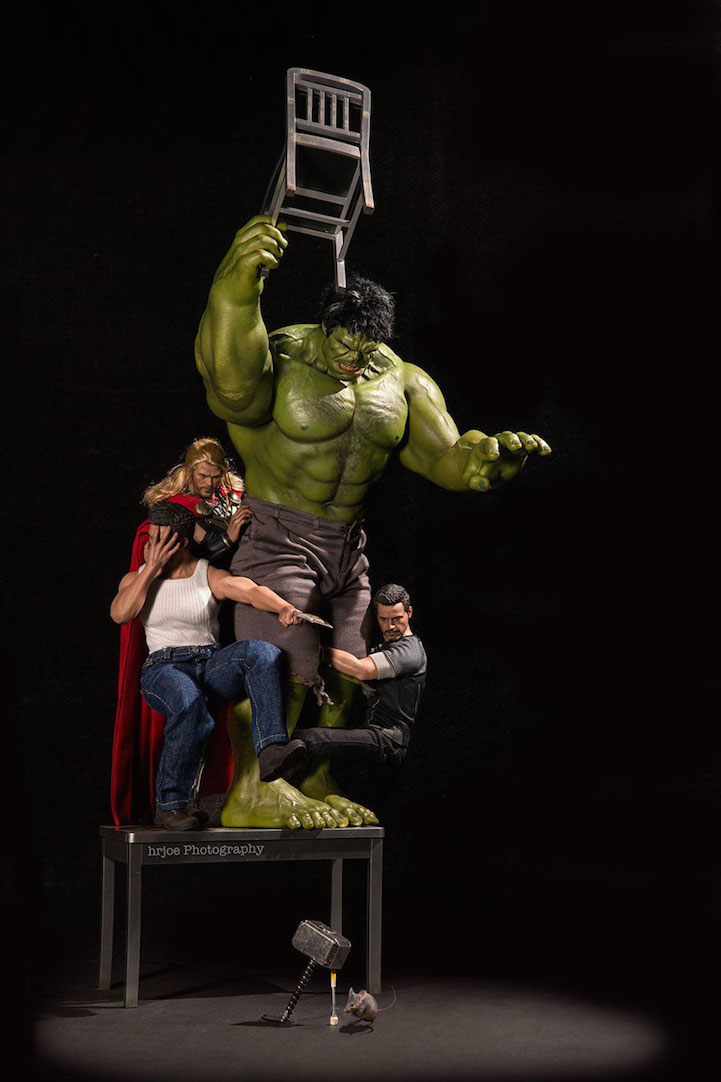 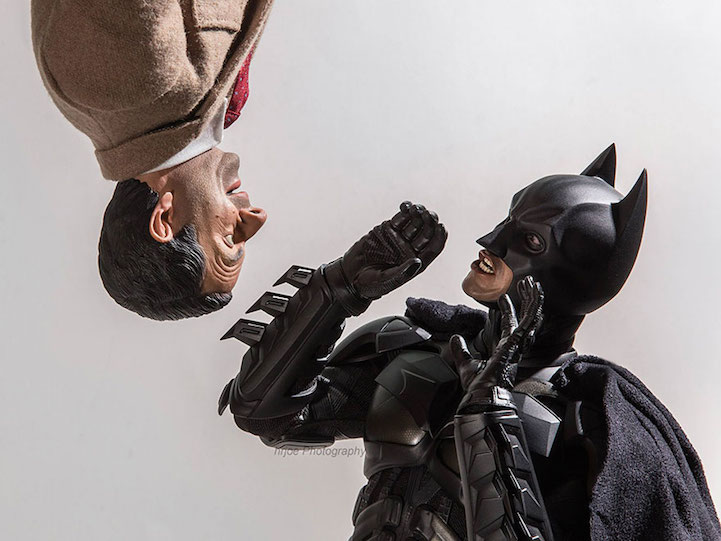 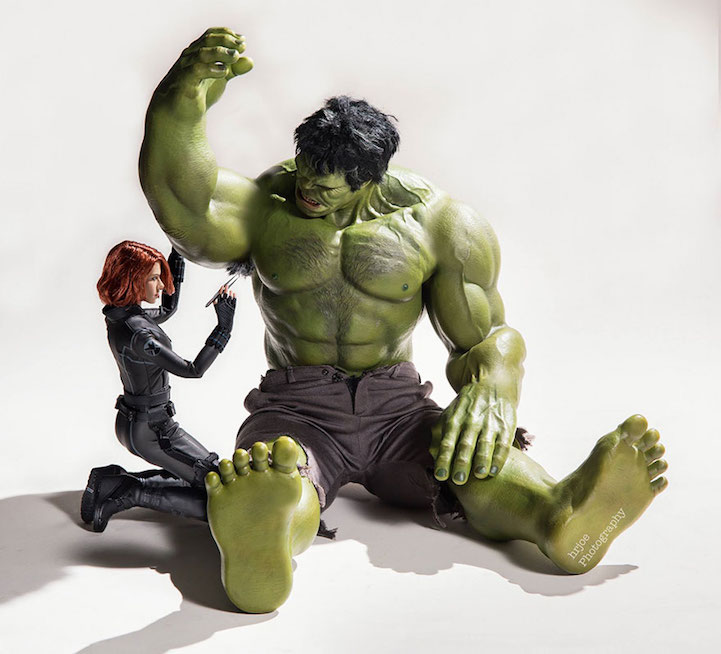 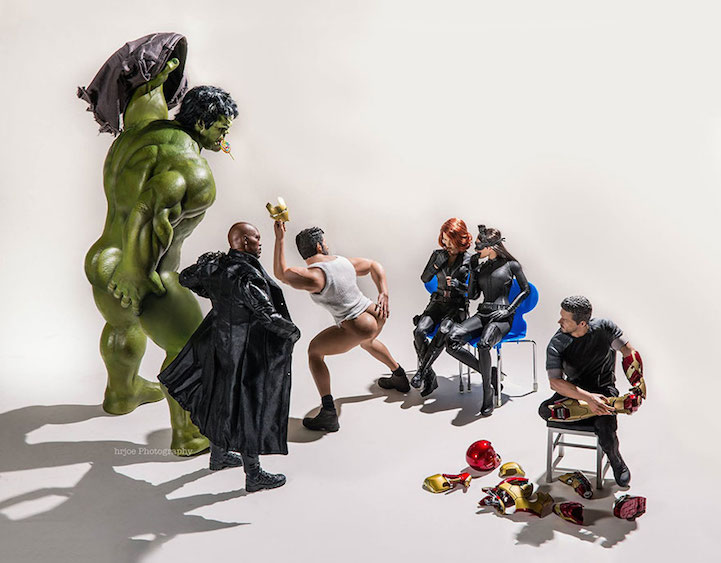 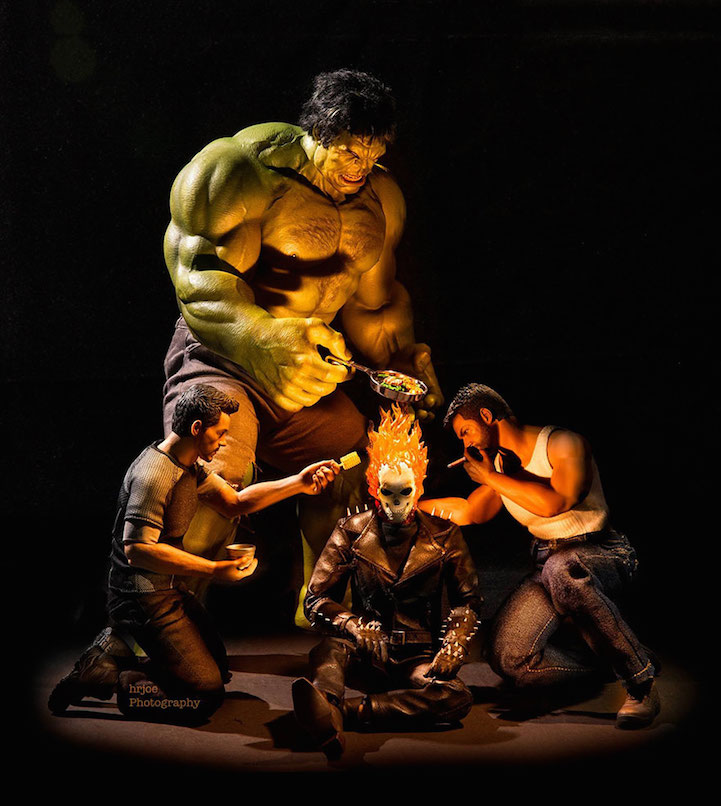 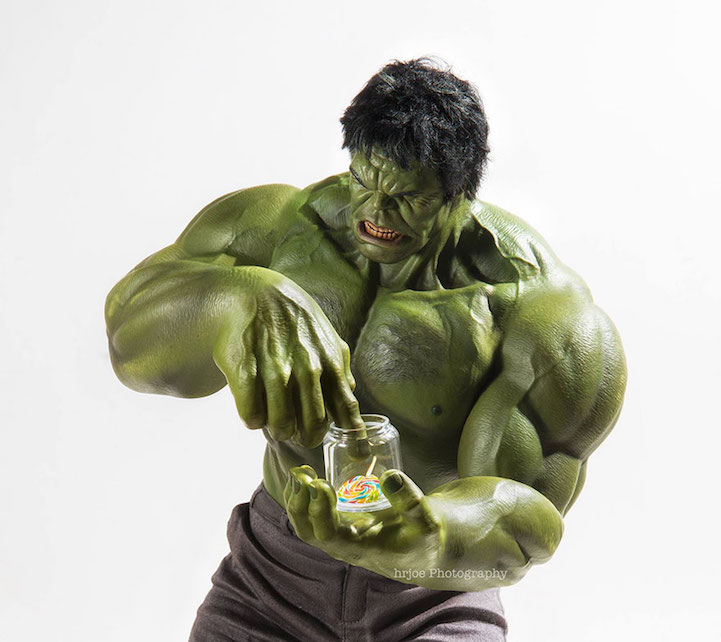