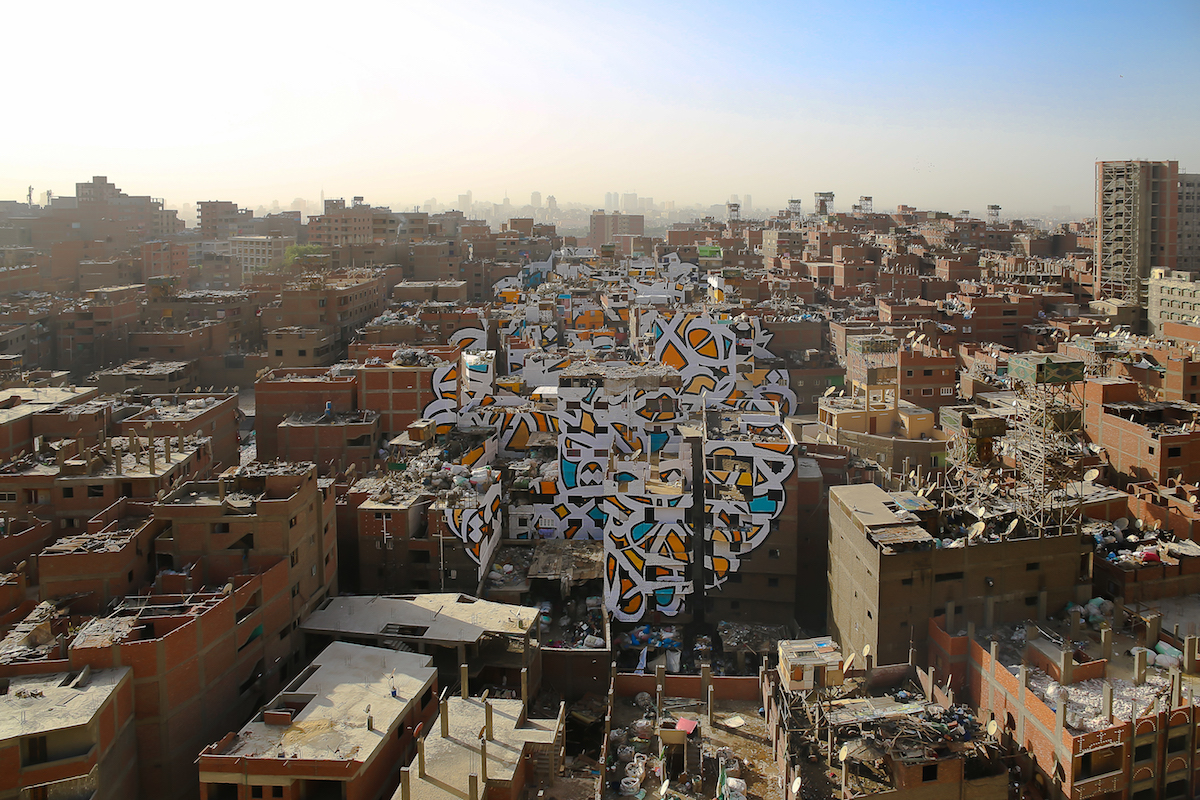 In 2016, images of a stunning piece of street art—spread across nearly 50 buildings in Cairo—began circulating online. Individually, each building was a colorful, abstract masterpiece. Together, they formed the stunning Arabic calligraphy that Tunisian-French artist eL Seed is known for. Painted in the Manshiyat Naser area of Cairo, a forgotten corner of the city where garbage collectors live, the world marveled at how this incredible artistic statement was achieved. Now, eL Seed is telling the story in his own words.

Perception is the artist's first-hand account of how he managed to organize the self-funded project, gain the trust of the community, and execute a complex artwork all while undergoing an emotional transformation. The anamorphic mural, also titled Perception, is only visible in its totality from Moqattam Mountain and shines a light on a community that is so often ignored. Through his work, eL Seed reinforces how street art is much more than the finished artwork itself. It's also a means to engage with a community and build bridges.

“What intrigued me about Perception was less the end result of the painting—although it is very impressive—but the way in which eL Seed immersed himself in the community of Manshiyat Naser, and worked to unpack the assumptions and prejudices he—and we—have of the ‘garbage collectors' of Cairo,” writes Glenn D. Lowry, director of MoMA, in the book's foreword. “As he worked with local leaders, met the inhabitants of the buildings he painted, and played with the children of the neighborhood, the project evolved from being a literal act of ‘perception' seeing the anamorphic painting spread across an array of buildings, to a metaphor for seeing what had been previously invisible; the dignity and richness of the lives of the Coptic community of Zaraeeb.” 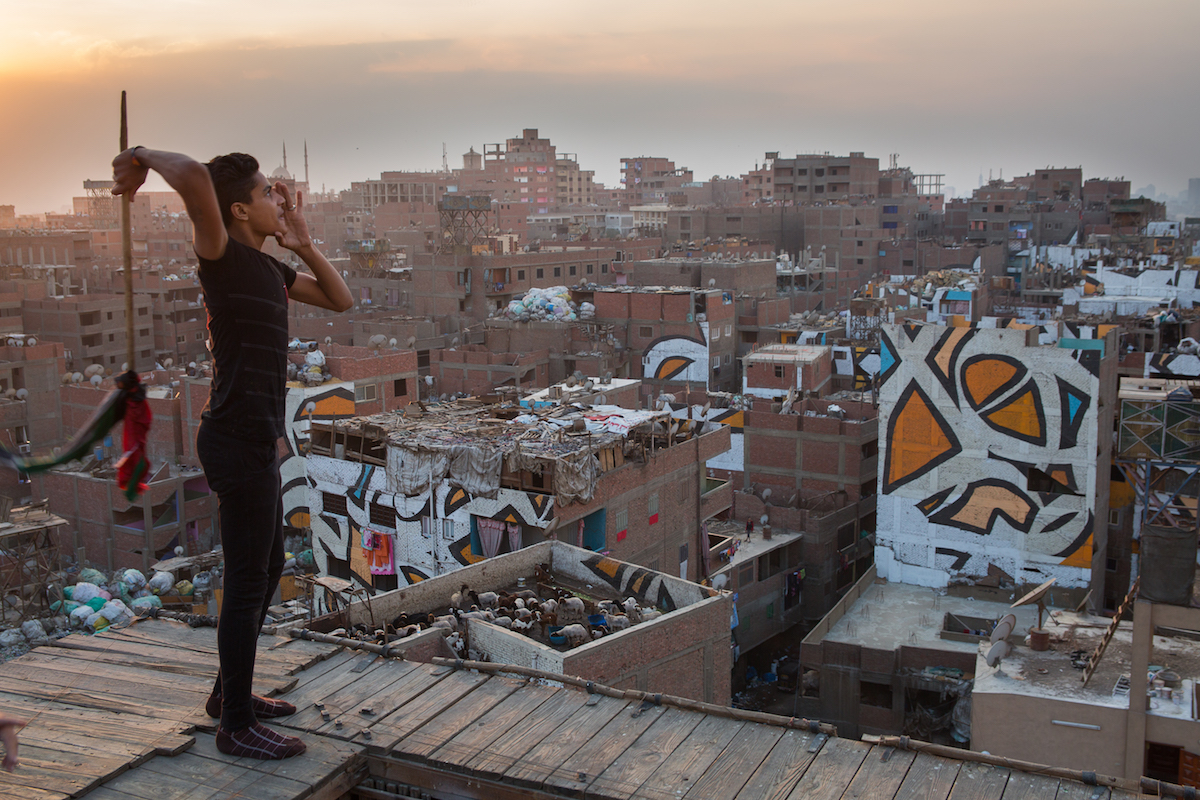 In an era when street art is mainly appreciated by visuals seen on Instagram, eL Seed's Perception is an incredible opportunity to learn about the backstage planning that goes into executing such a large project. Over the course of 304 pages, we learn how Perception moved from a technical and artistic challenge to something much greater. It's the story of a successful artist wishing to stay true to his personal ethos, while looking to grow. “I had reached a point where I felt I wasn’t progressing. I wasn’t pushing the boundaries of my creative expression or doing anything different,” the artist writes. “The ease of making murals clashed with a growing unease, a desire to surpass myself and achieve something new.”

This desire to achieve something great artistically shifts, as eL Seed begins spending time in Manshiyat Naser. It's an area inhabited by more than 70,000 people but looked down upon as an impoverished neighborhood of trash collectors. Through words and pictures, we follow eL Seed during his first steps to integrate himself into the community and sell them on his idea. And we are with him as he makes connections and friendships that last well beyond the completion of the artwork.

Perception is a celebration of Manshiyat Naser. The limited edition publication includes transcriptions of conversations with members of the community and is printed on hand-made recycled paper produced by local craftsmen. All 500 copies of the book have a book case painted by eL Seed, transforming it into a unique piece of art itself.

Perception will be released on October 4, 2018 at MoMA in New York. An intimate conversation with the artist, led by Lowry will take place that day from 5 pm to 6 pm in the Founders Room, 6th Floor, 11 West 53rd Street, MoMa, followed by a reception and book signing from 6:00 pm to 7:30 pm in the MoMa Bookstore.

In 2016, eL Seed painted an incredible anamorphic mural across 50 buildings in the impoverished Manshiyat Naser area of Cairo. 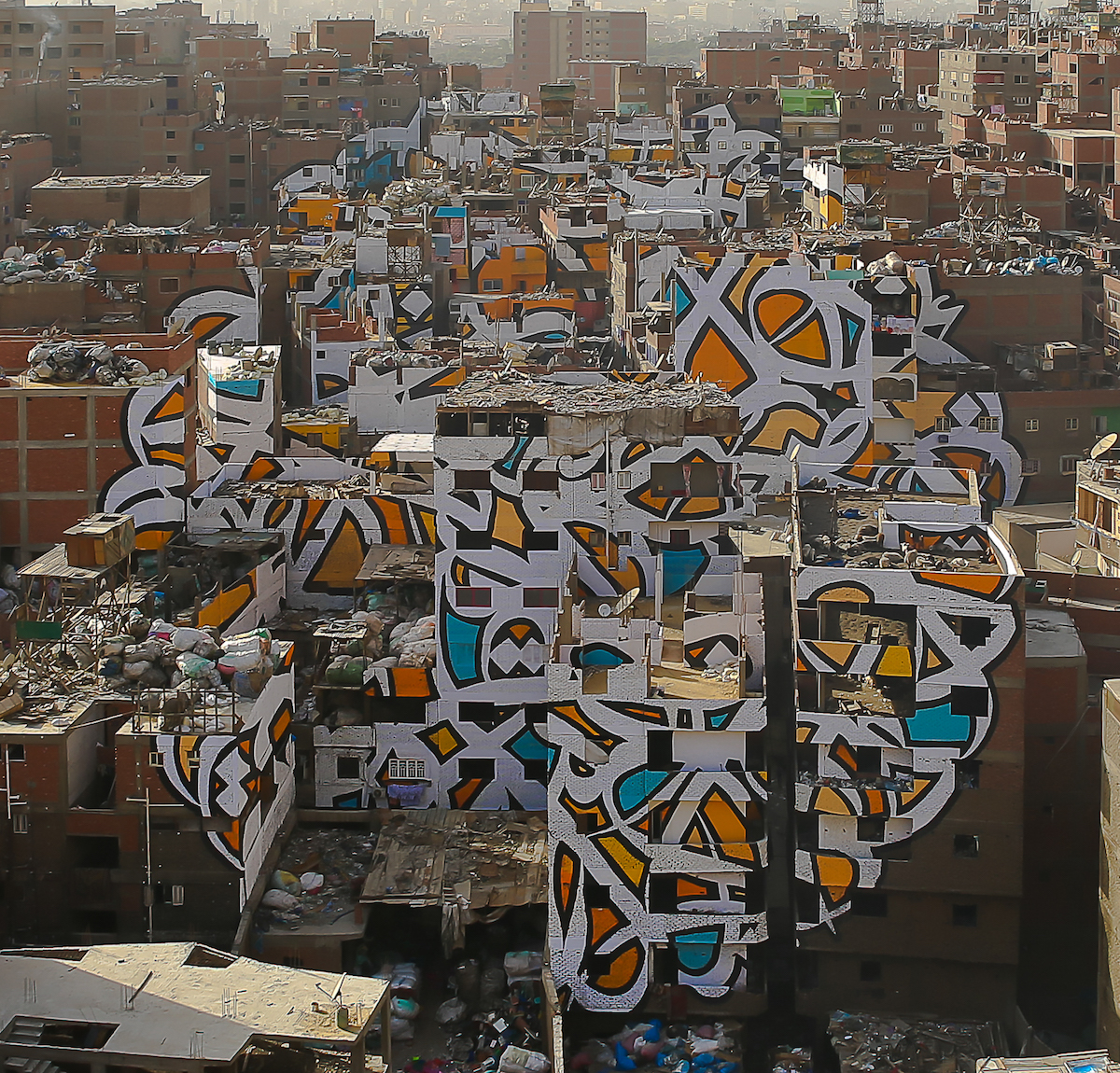 His new book Perception gives his first-hand account of how an art project became a journey of discovery for the artist and community. 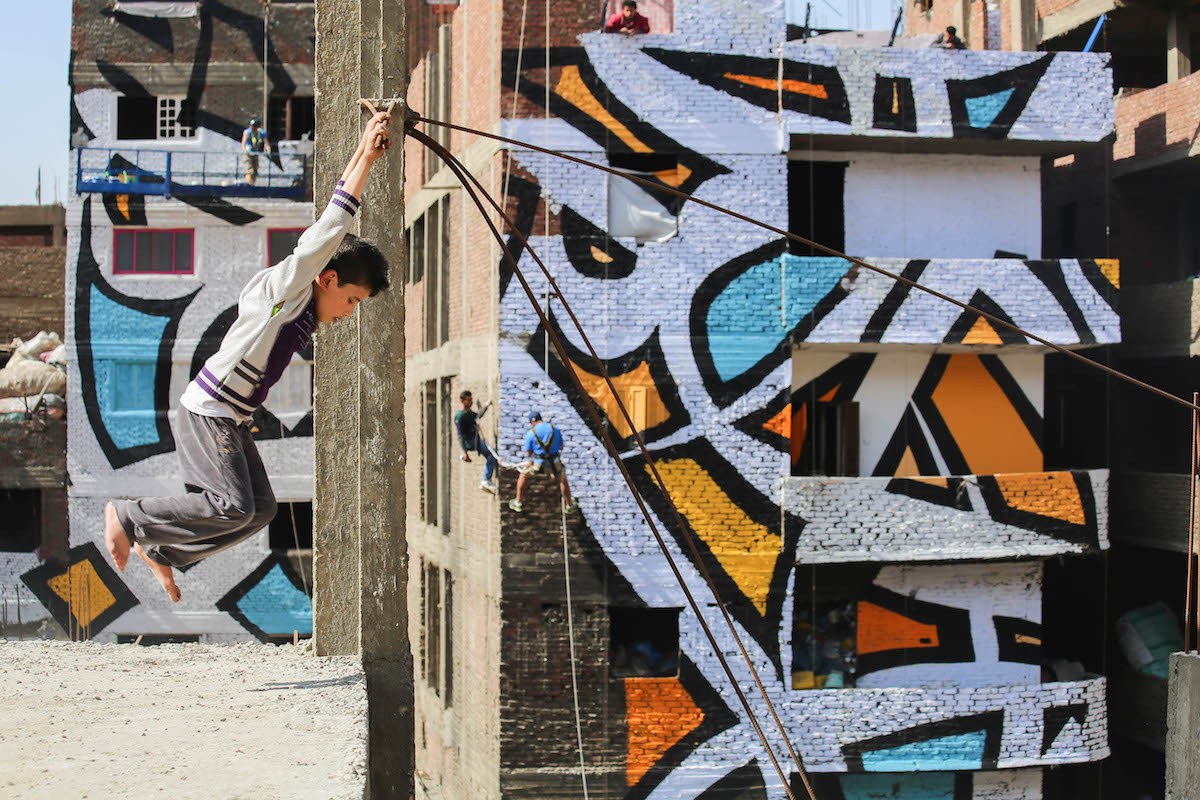 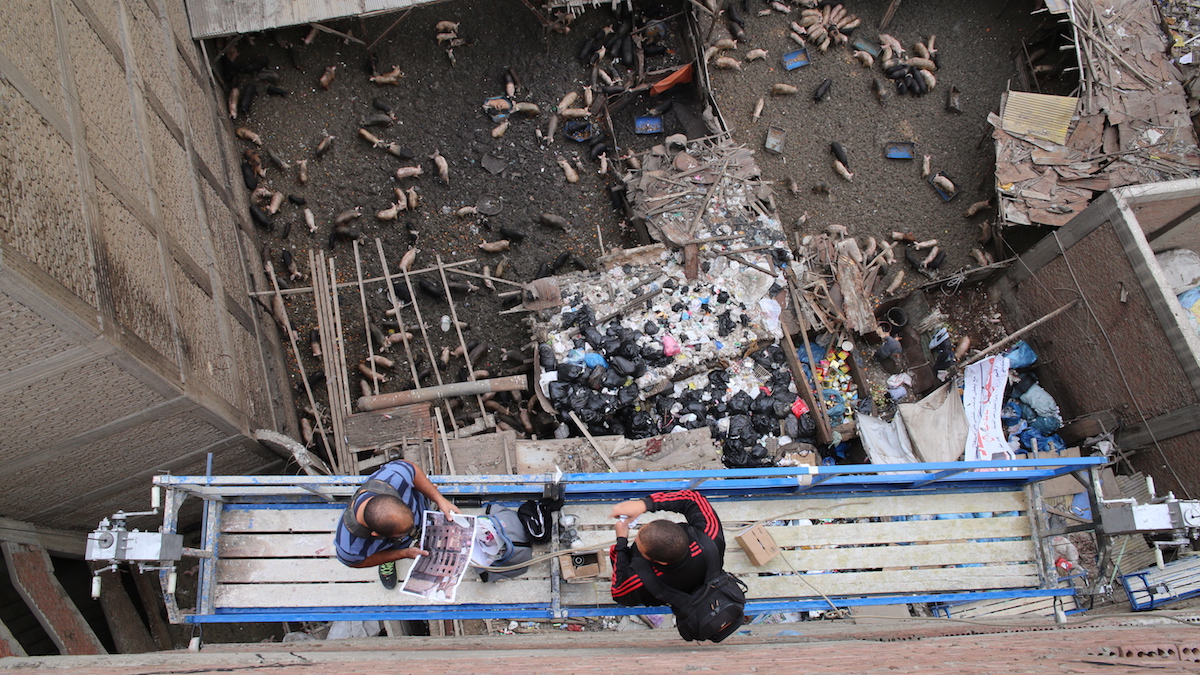 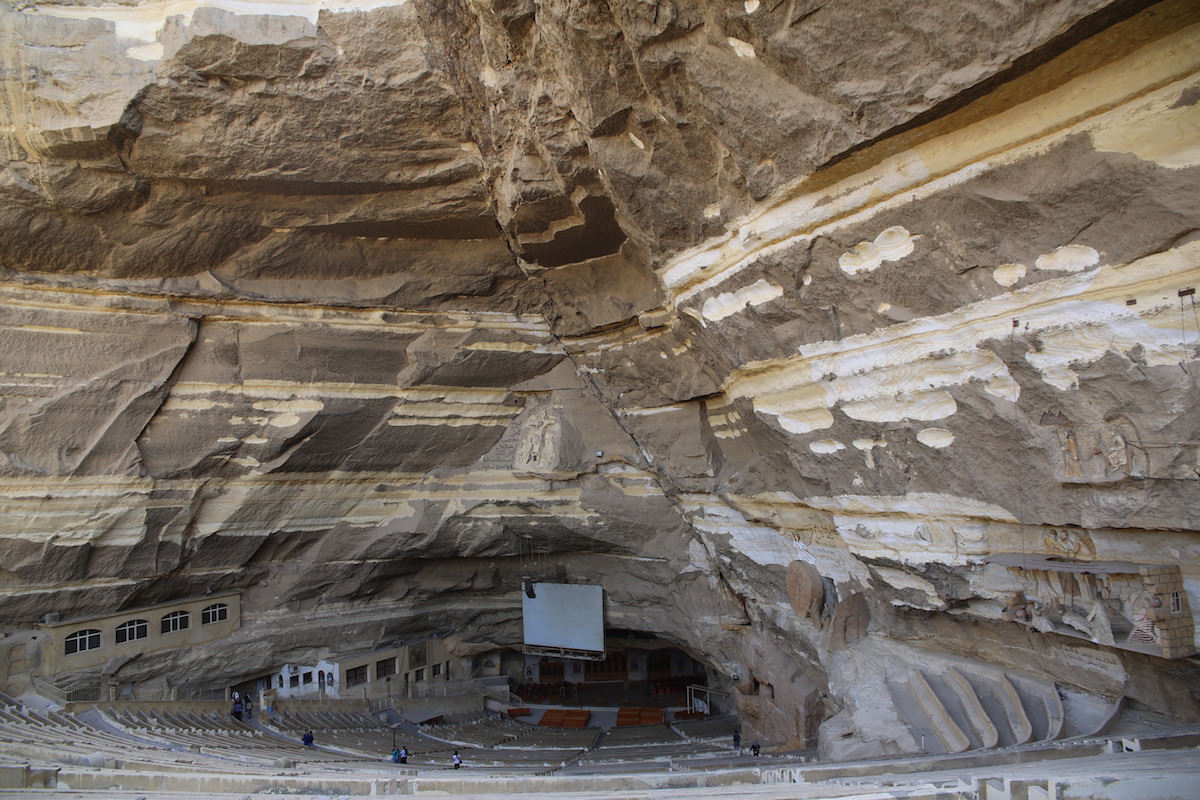 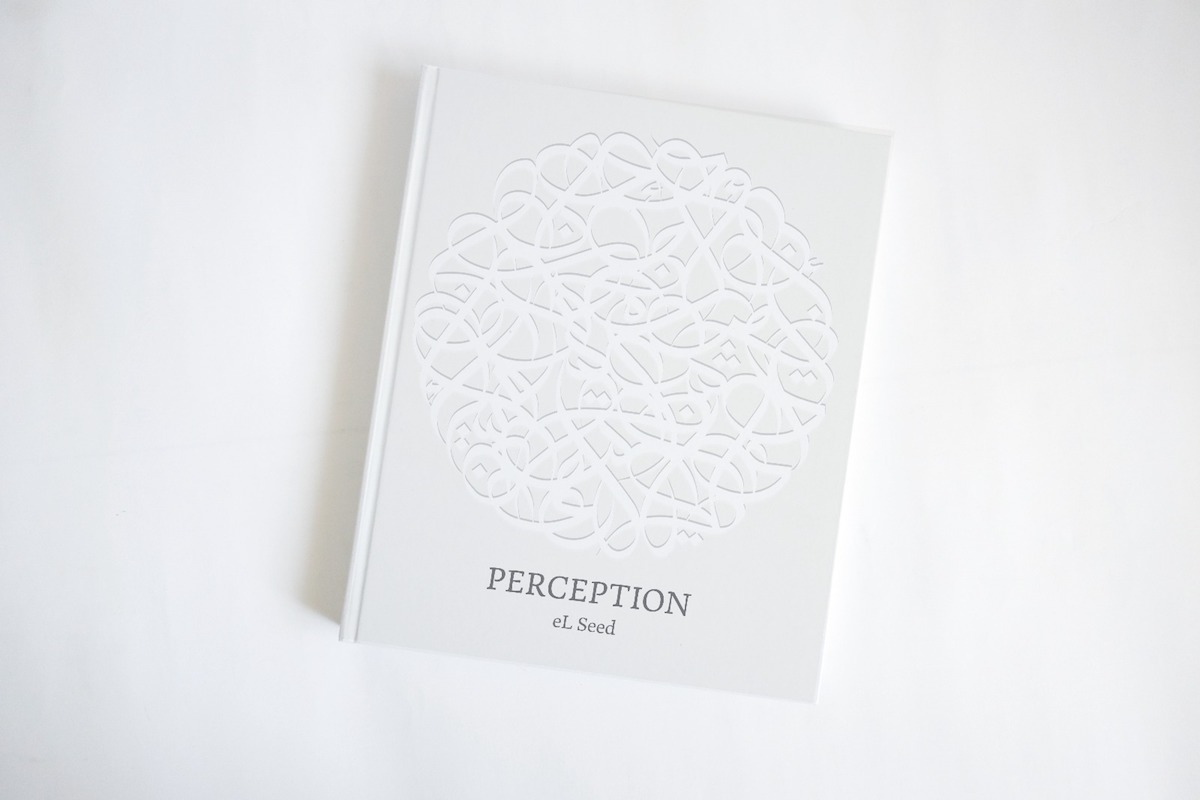 Learn more about eL Seed's time in Cairo during his inspirational 2016 TED Talk.

My Modern Met granted permission to use photos by eL Seed.

Inspired by this story? Share
Like My Modern Met on Facebook
Get Our Weekly Newsletter
Become a
My Modern Met Member
As a member, you'll join us in our effort to support the arts.
Become a Member
Explore member benefits