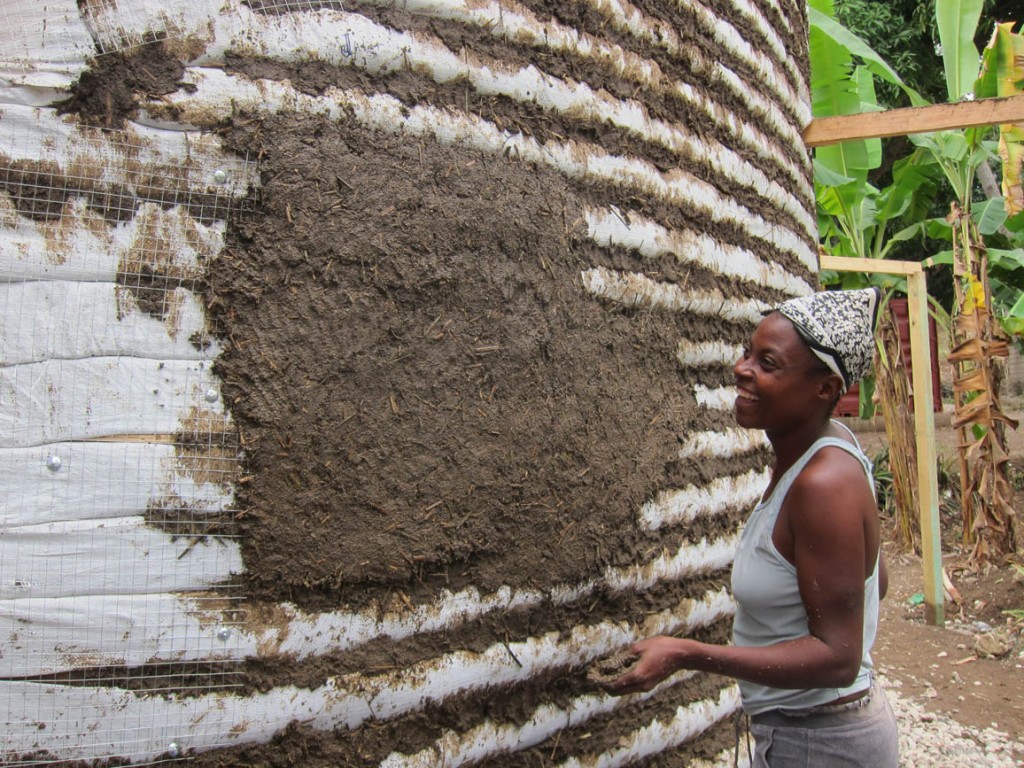 After the devastating 2010 earthquake in Haiti, artist Caledonia Curry, aka Swoon, was fueled by the belief that the creative process is crucial during times of crisis. She took it upon herself to help restore the livelihoods of the families and communities impacted. Swoon founded Konbit Shelter soon after, and she's since worked with a small group of artists, engineers, and builders in collaboration with the Cormiers (Komye) village. They've already constructed a few structures and recently launched a Kickstarter campaign to build another. This one is a bamboo house 15 miles from the epicenter of the earthquake.

The shelter's design provides housing for a local family of five. It also plans to serve as a communal work of art and architecture. The construction of this space incorporates the creative energy of the region and involves local teachers, farmers, artists, architects, and school kids in every aspect of its creation.

Konbit Shelter is disaster-resilient and combines traditional materials with modern building technologies. It aims to cross-pollinate modern design ideas with local ingenuity, customs, and building styles for architecture that is safe, beautiful, affordable, and self-sustaining.

The extended design and construction relationship has had another positive effect on Cormiers. While working on previous buildings, the local children were interested in art as well as the construction process. This lead to the founding of Klub Obzevetwa, an after-school program, which also creates rewards for the current Kickstarter campaign. These items offer economic benefit to the project and the community by providing jobs to local craftspeople and by spurring construction jobs in Cormiers. They emphasize the community’s rich tradition of woodcarving, beadwork, stone sculpture, hat making, embroidery, and crochet. Some of the rewards are also designed by Swoon, and all are results of labors of love.

To help support the construction of the bamboo house and Konbit Shelter, visit their Kickstarter page.

Here's a drawing of the proposed shelter: 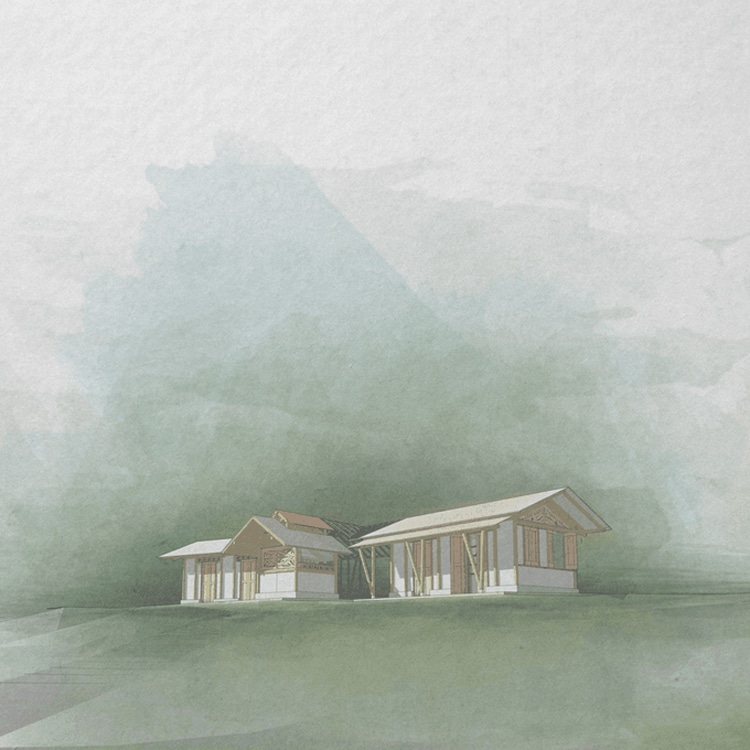 And here's some of Konbit Shelter's past work: 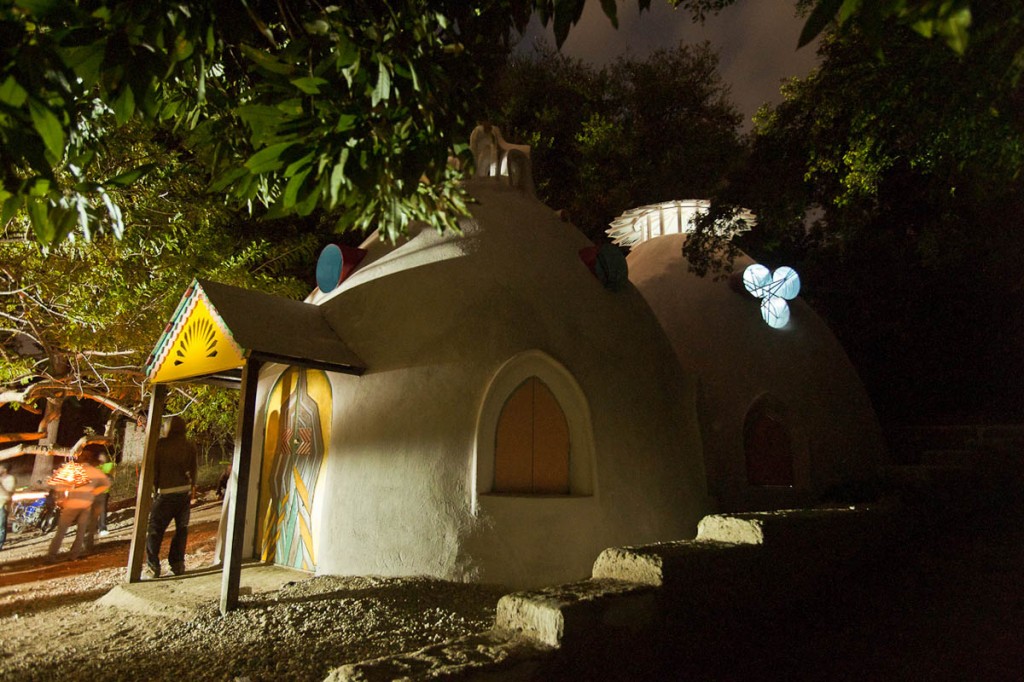 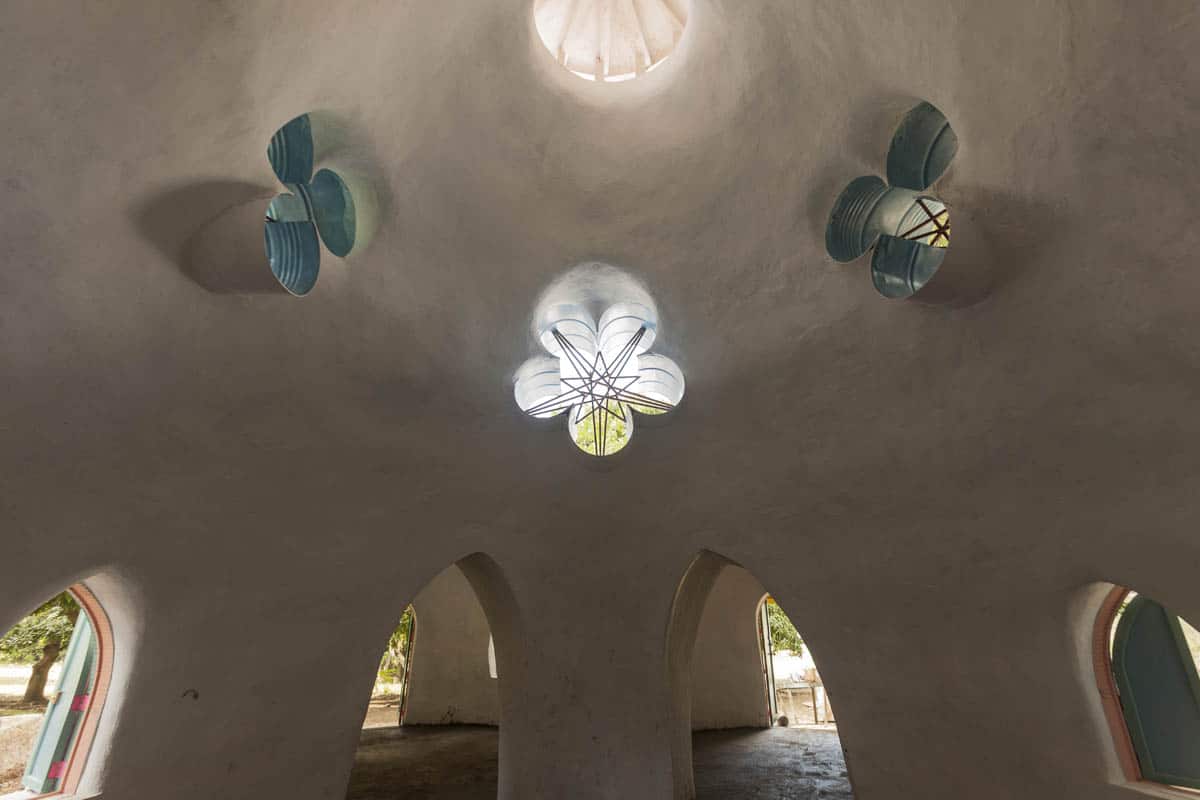 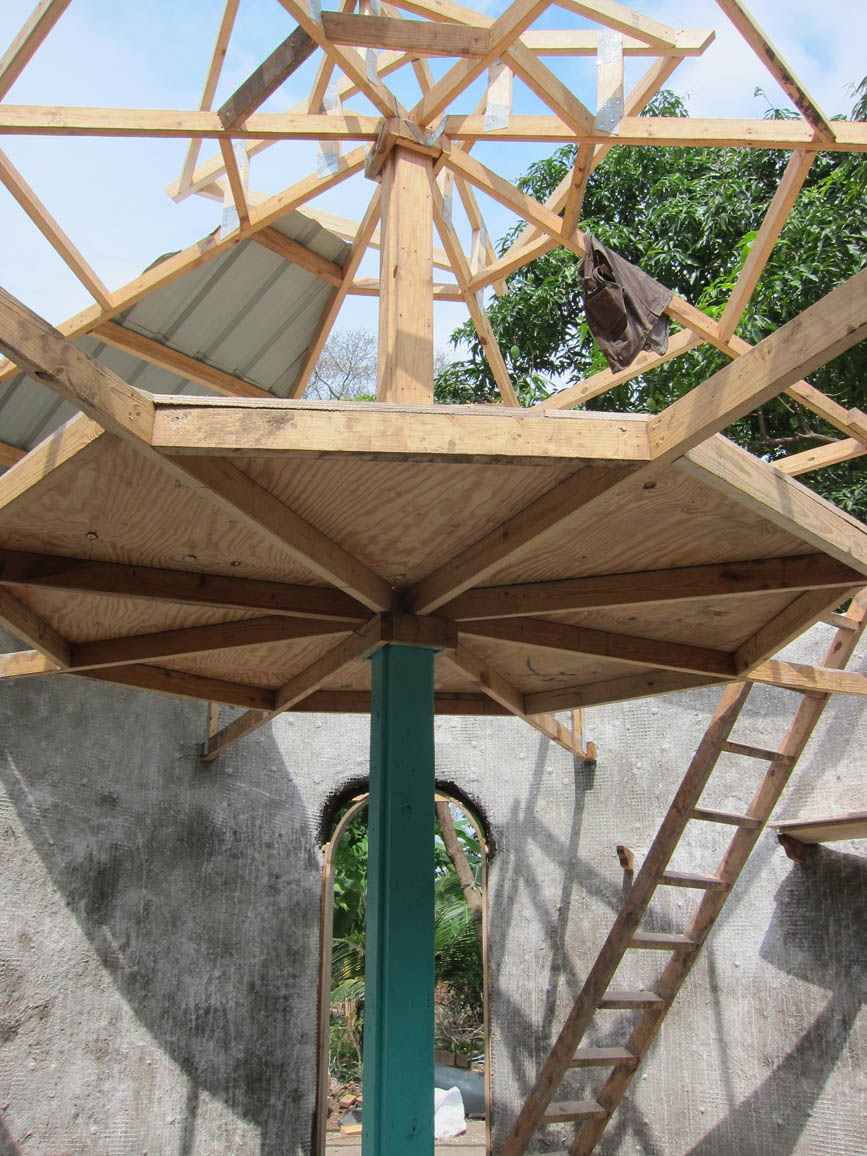 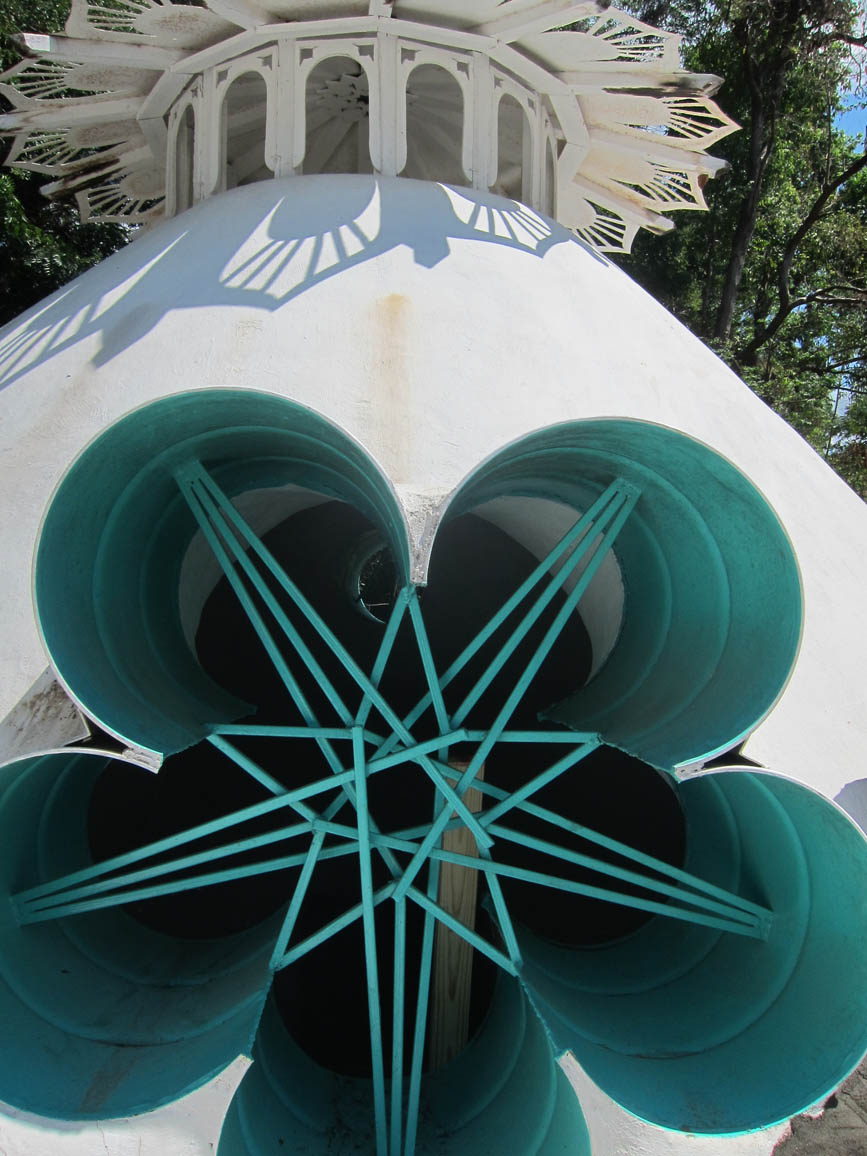 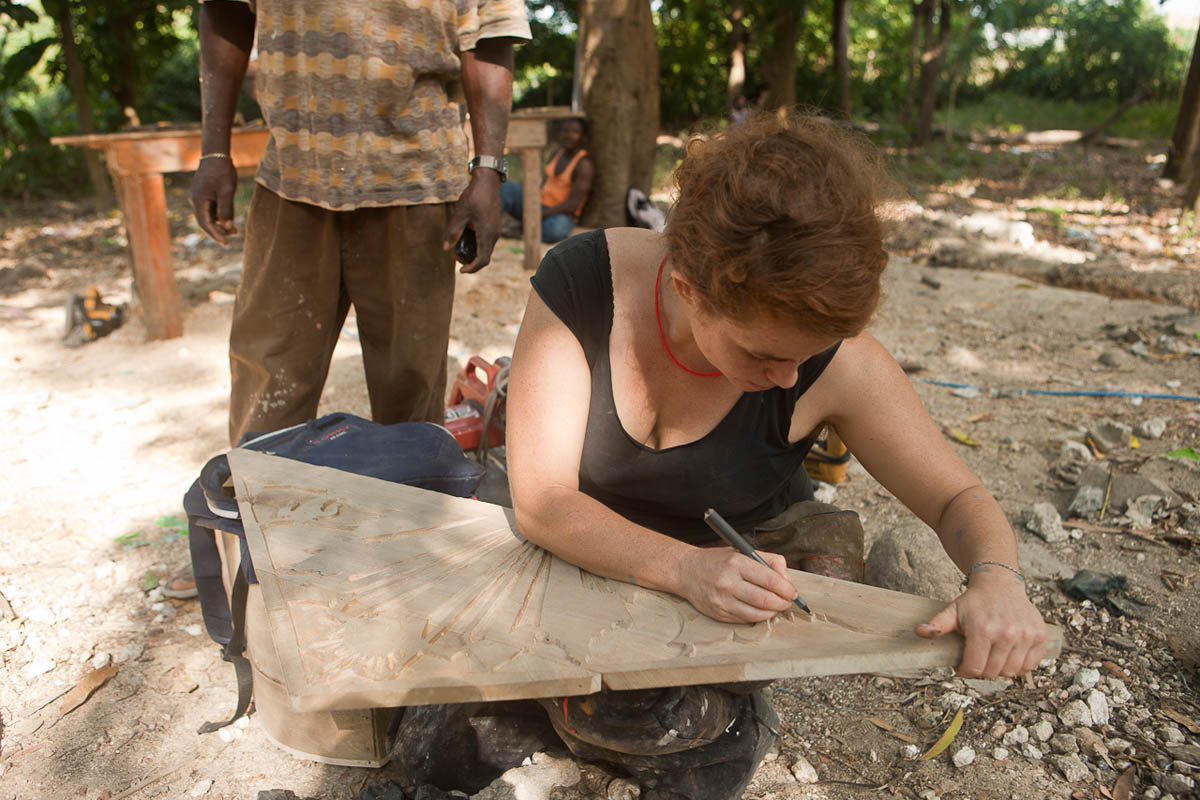 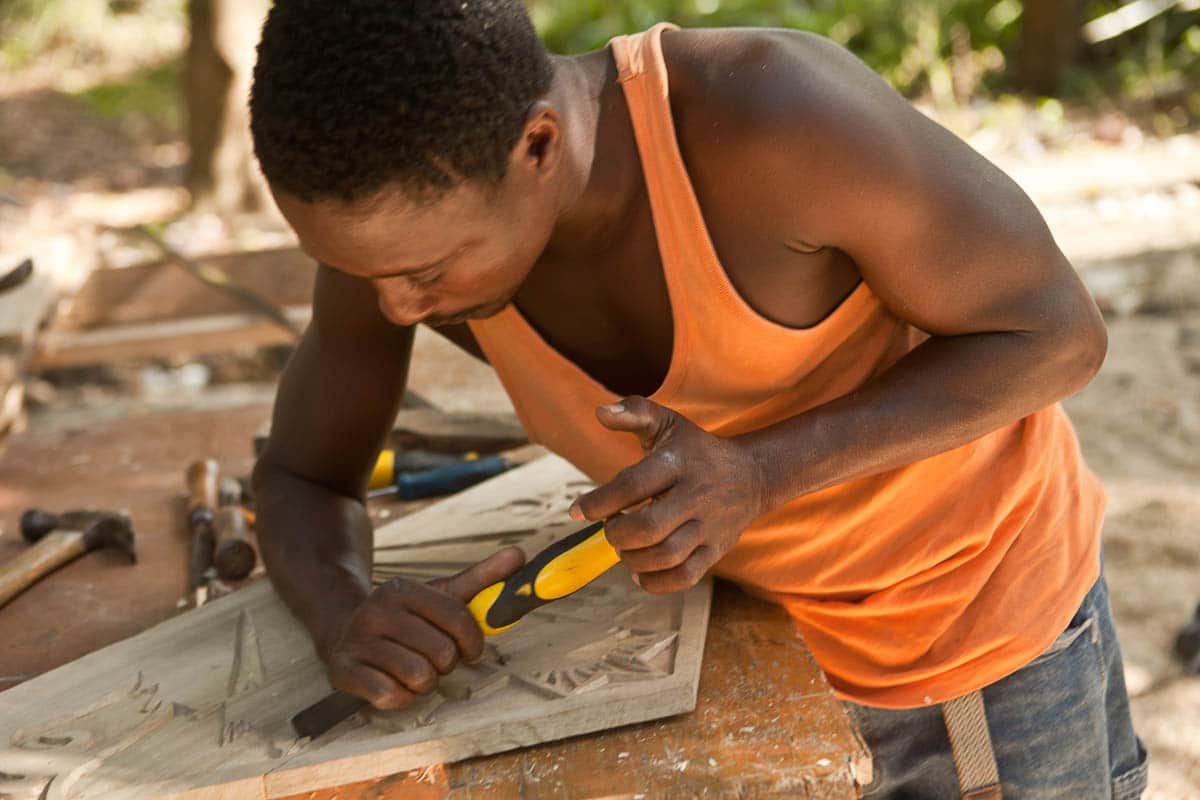 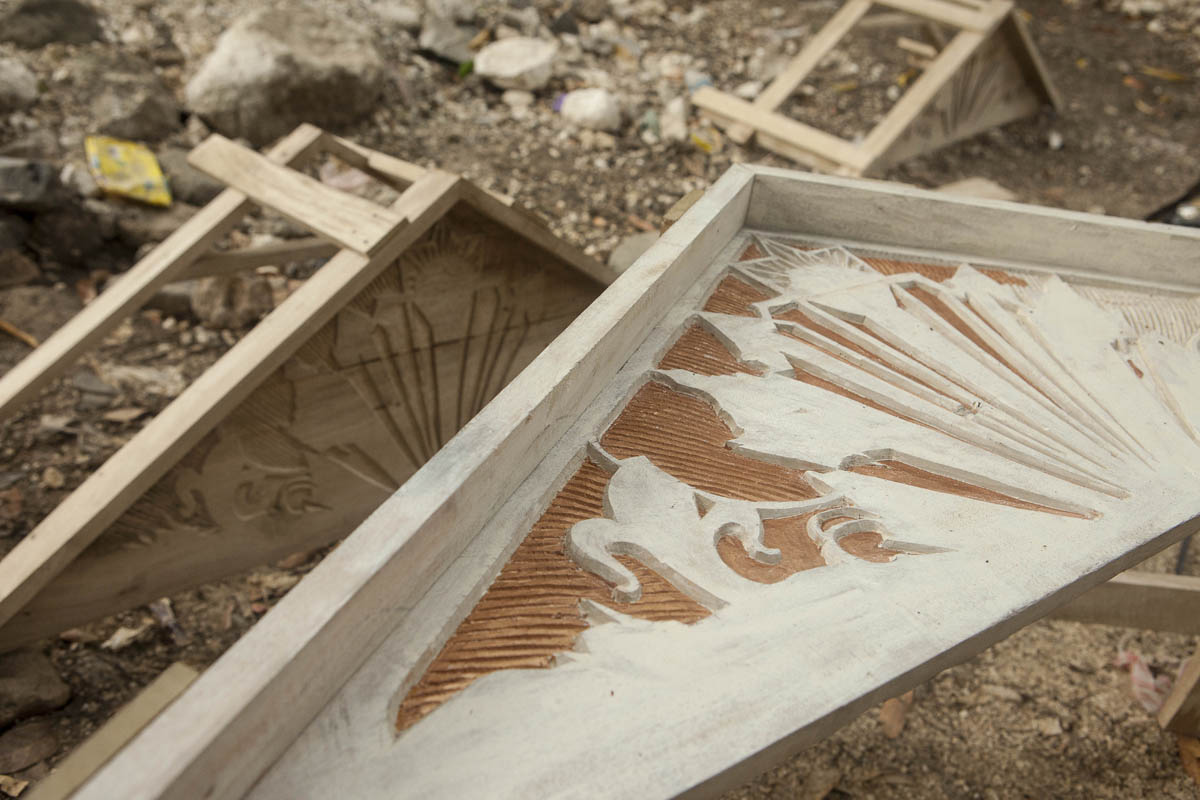 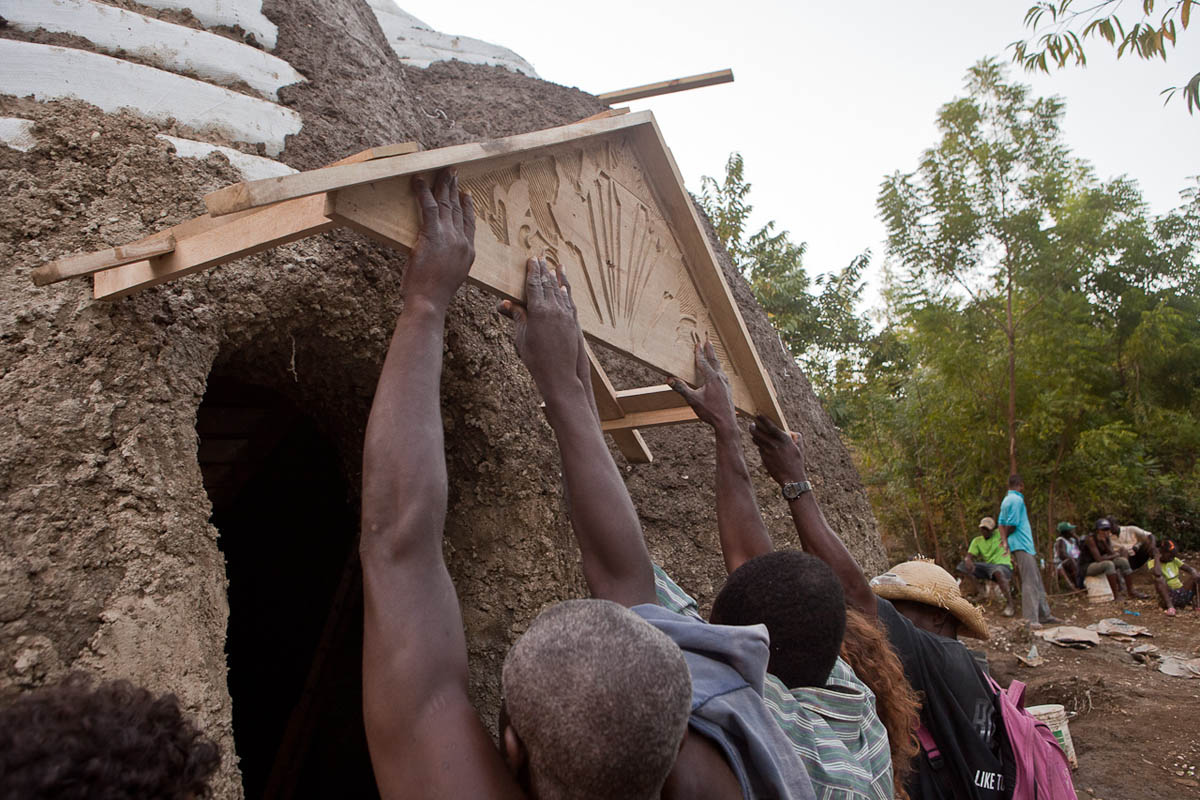 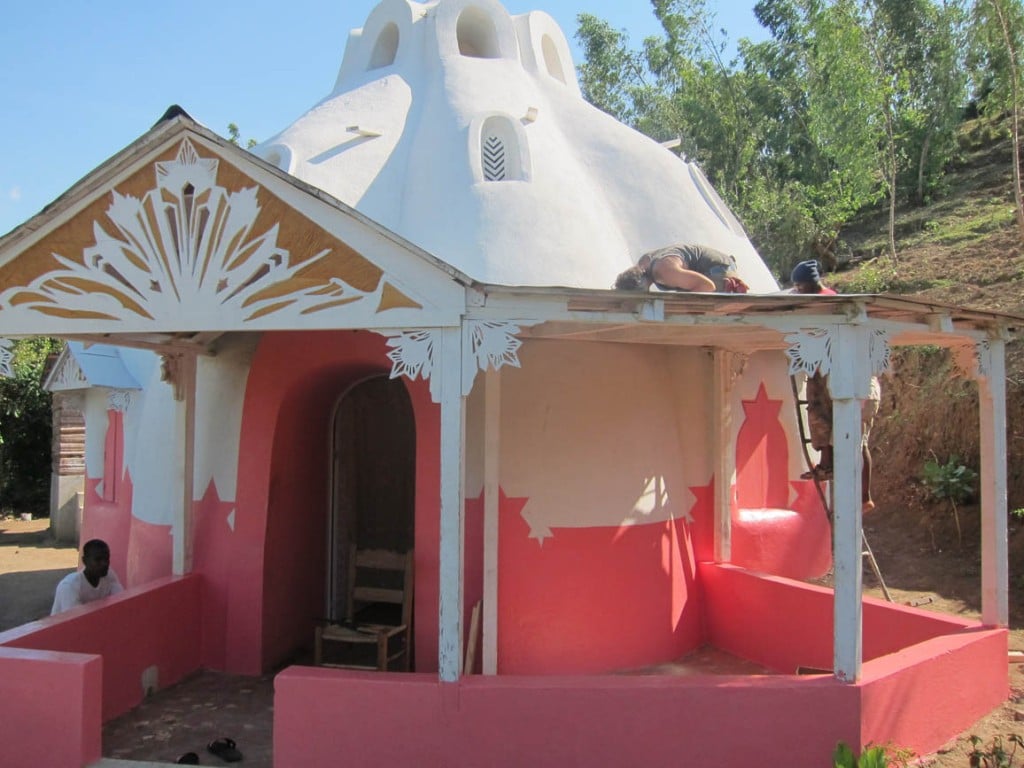 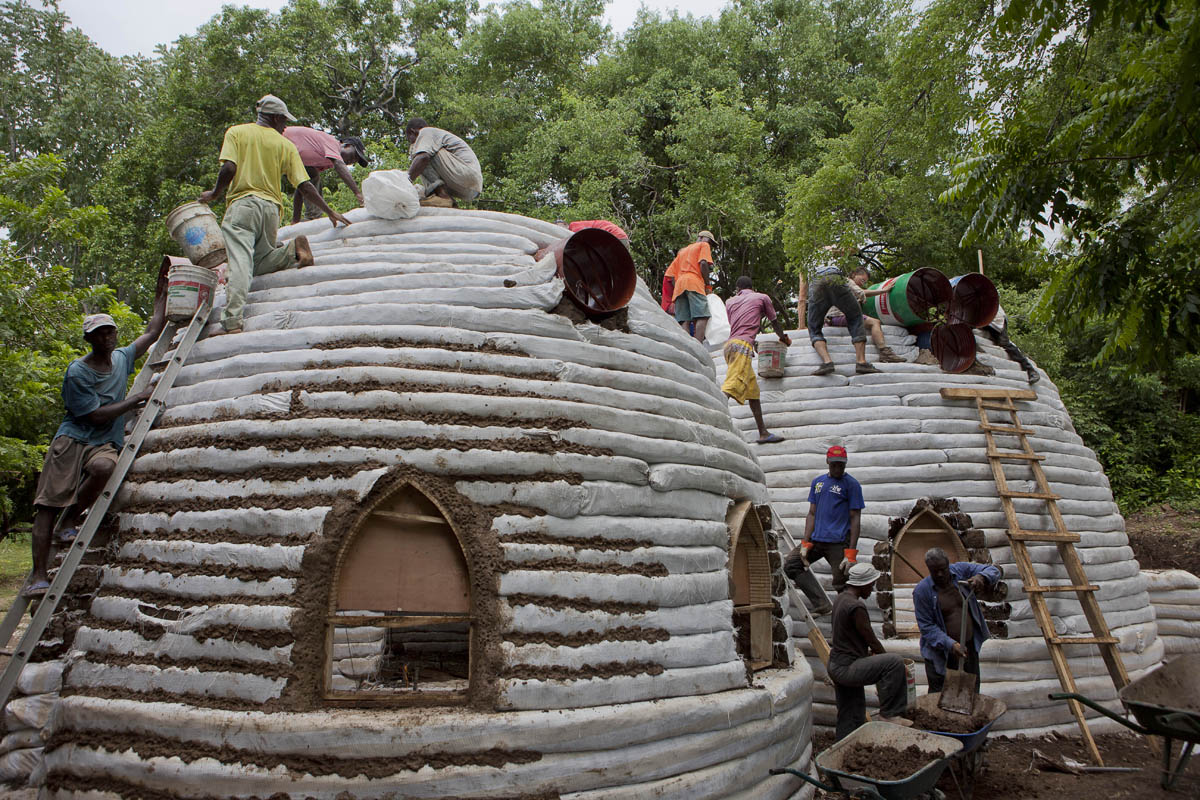 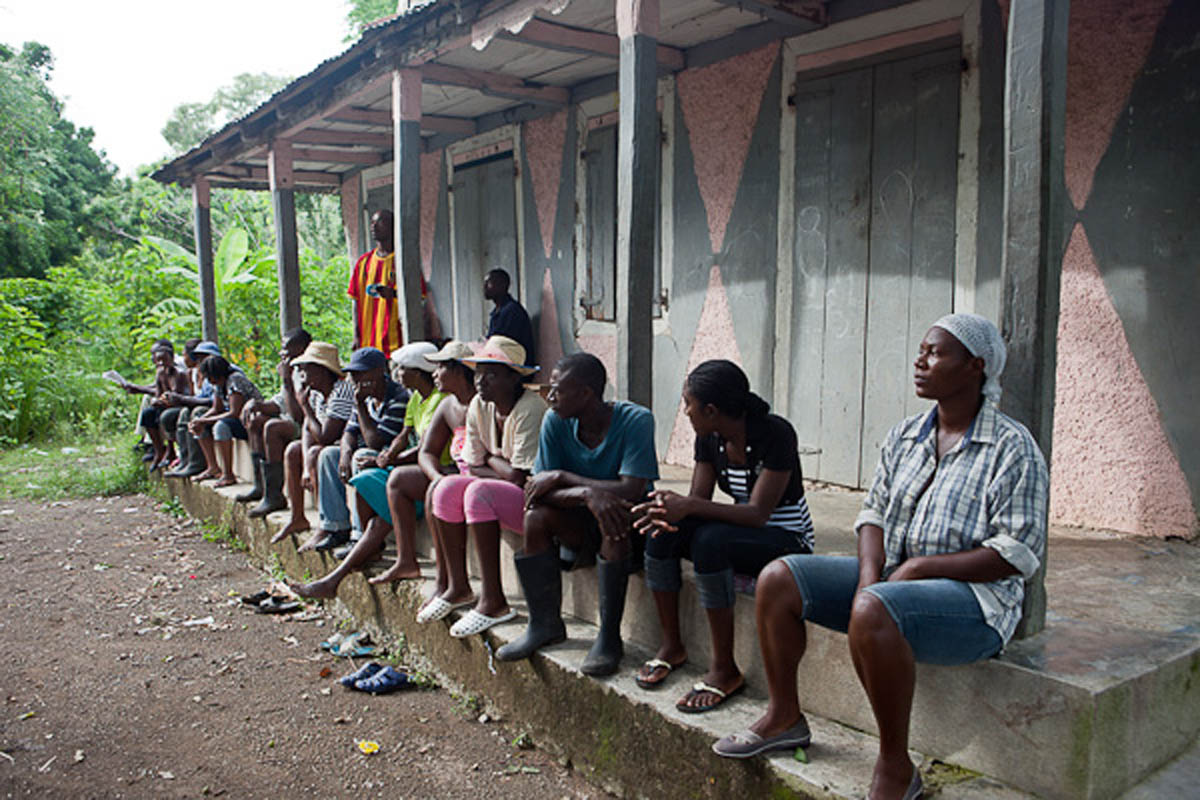 All images via Swoon.