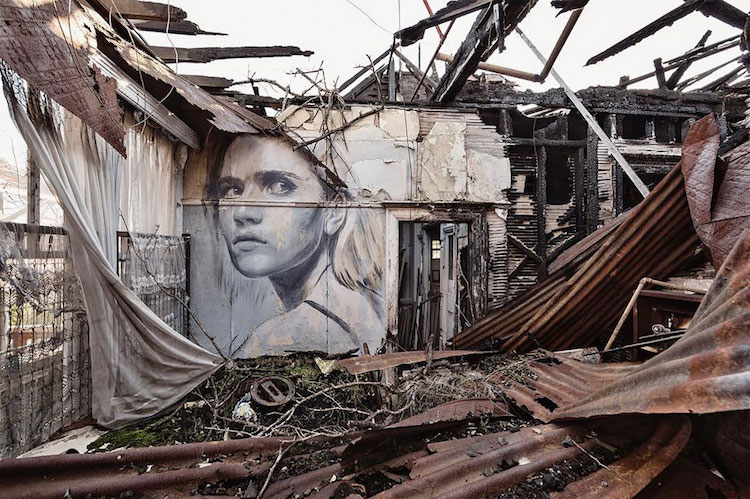 Australian street artist Rone has torn himself away from the bigger, better, higher philosophy of modern day muralism for a new, intimate project that explores the fragility of beauty in crumbling interiors. Based in Melbourne, the artist, whose popularity has skyrocketed in recent years, returned home after a series of international large-scale murals and found himself thinking introspectively about concepts of abandoned space, aesthetics, and memory. The result is a pared-back, emotionally naked series of portraits titled Empty.

Rone, whose given name is Tyrone Wright, is celebrated for his portraits of glamorous women, yet here he pushes himself to dig a level deeper. Freed from the pressure of having to satisfy an entire community with oversized public pieces, these abandoned interiors allow the artist to evoke intimate emotions—as though these women have always been a part of the space and perhaps hold its secrets. Rone is sensitive to the idea that these spaces, once full of life, are now memorialized with what’s been left behind. “Painting beautiful works in places of neglect try and highlight what may have been lost or perhaps what we’re trying to hold on to,” Rone reveals. “Every empty space poses the same question—what was there before there was nothing? The story of each space is told through what’s left behind.”

The peeling paint, falling tiles, and rusted ironwork are reflected in Rone’s introspective women, as they either cast their melancholy glances across the decaying space or gaze down, as though trying to deny the ruin surrounding them. The pieces seem as though they are charcoal drawings etched into the space over time, showcasing Rone’s masterful brushwork. 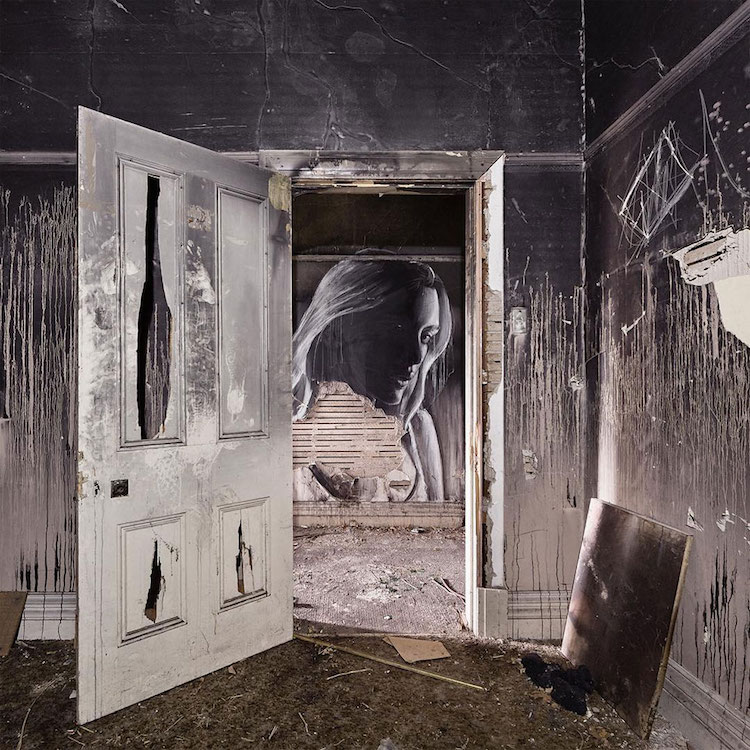 The full series of photographs, along with new works on canvas, formed part of Rone’s Empty exhibition, which was fittingly enough staged in an abandoned space—the former Star Lyric Theater in Melbourne. This art nouveau theater is scheduled for demolition shortly, creating a perfect synergy with the project. The show ran for just ten days, closing October 23, with over 1,000 visitors on the opening night alone. The artist is currently preparing a virtual reality tour of the entire project, which will allow us to immerse ourselves in these forgotten spaces. 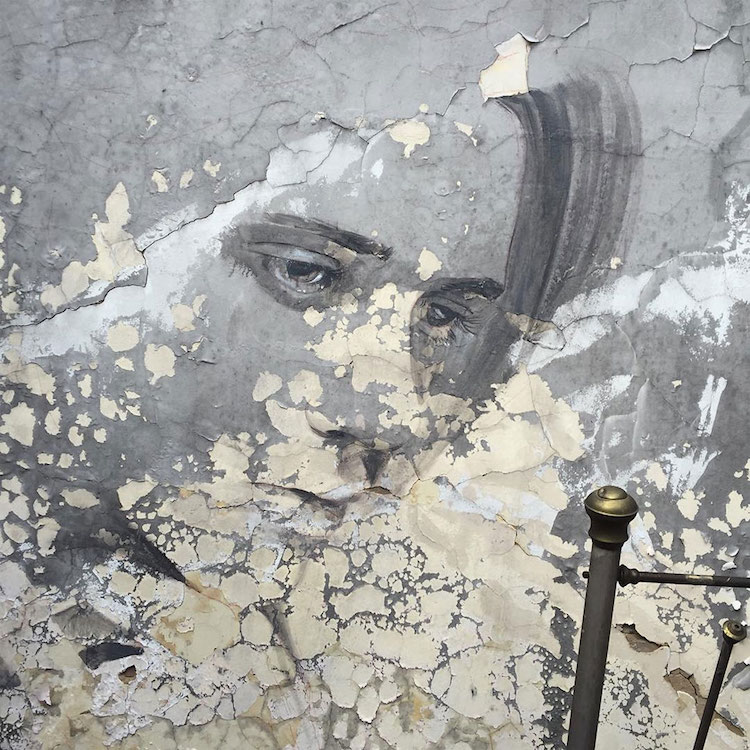 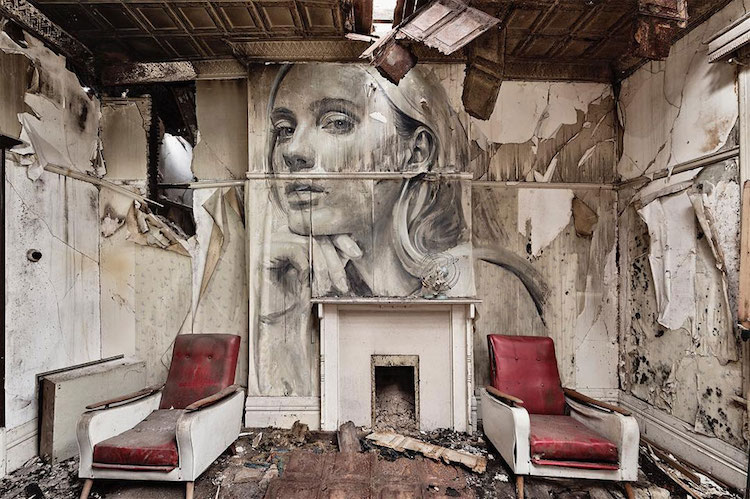 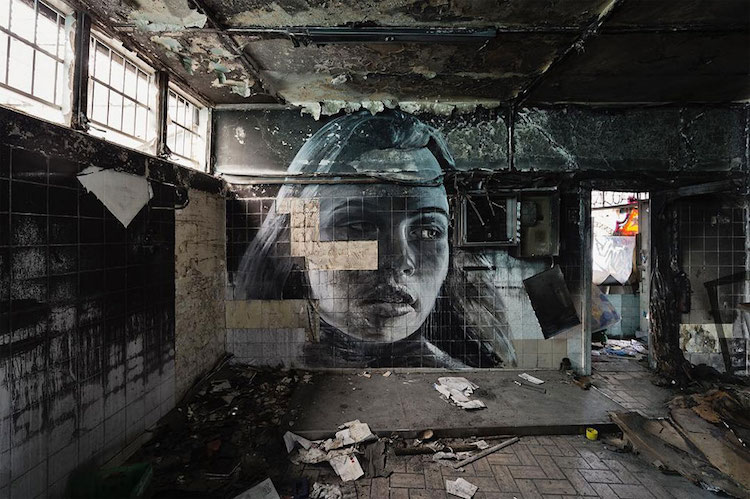 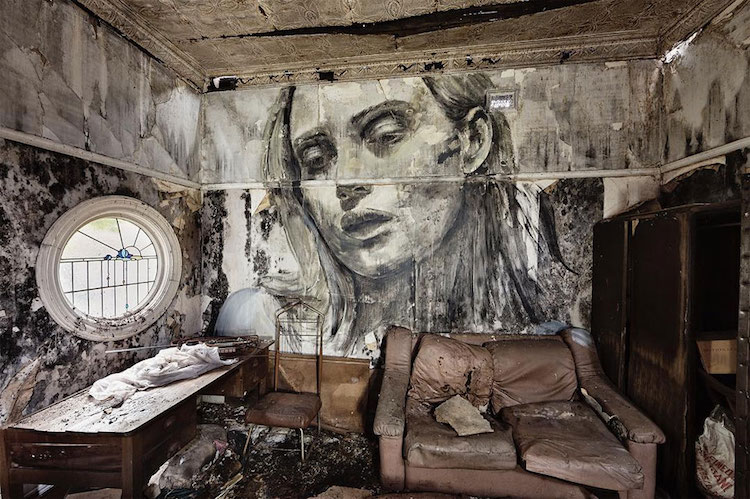 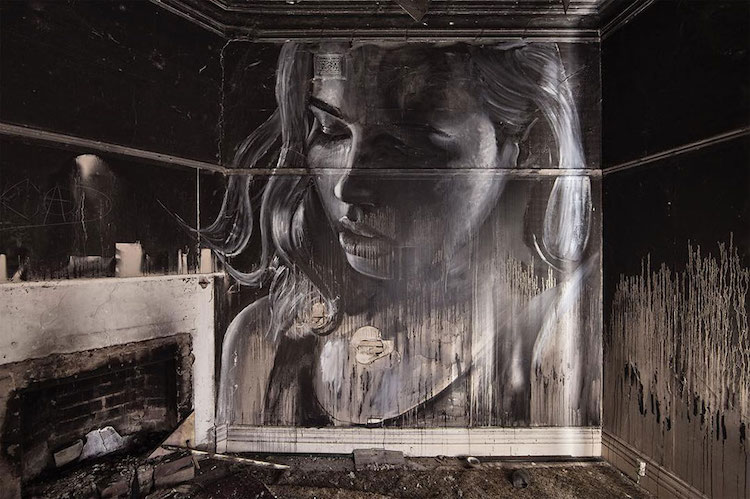 Rone’s Empty exhibition included works on canvas in addition to photographic prints, as well as a mural painted in the Star Lyric Theater in Melbourne. 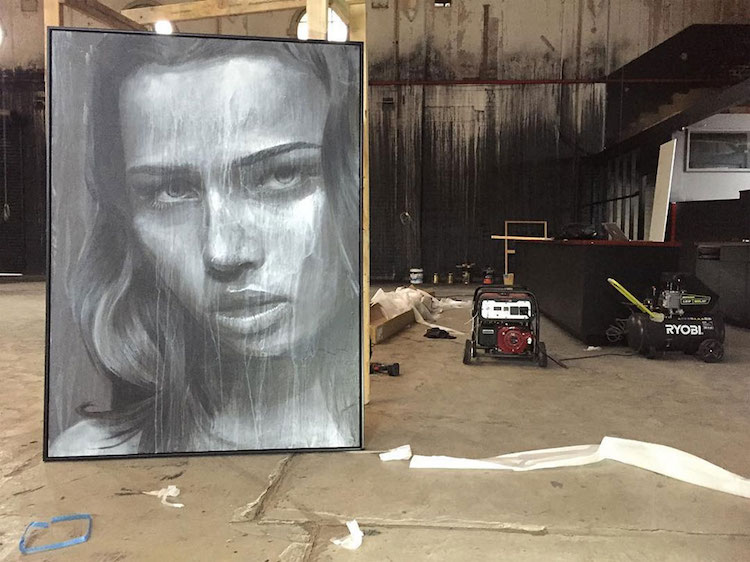 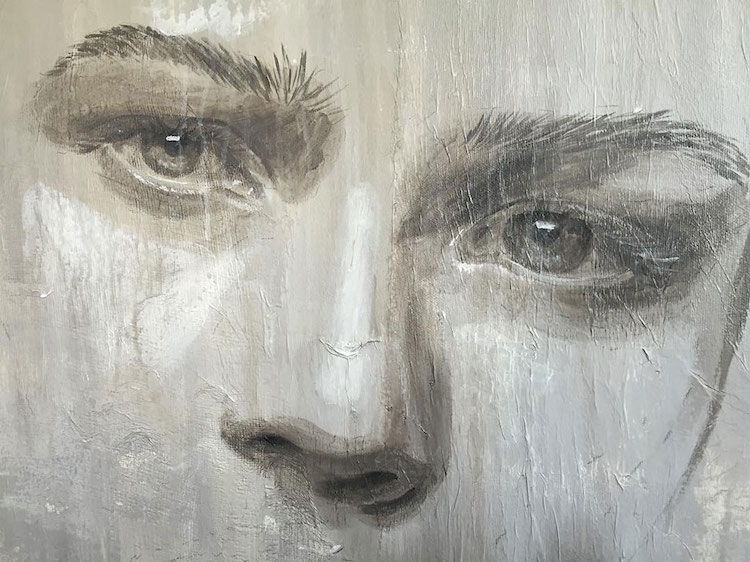 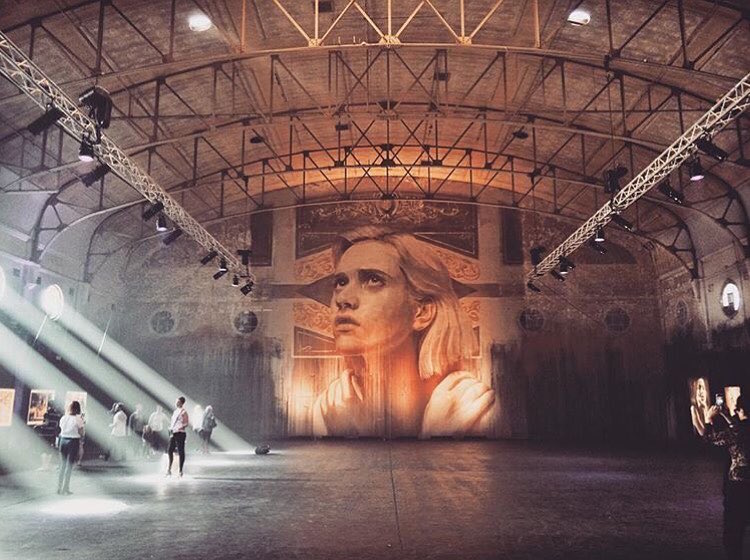 Rone’s mural in the Star Lyric Theater was painted to blend in with the original theater frescoes. As the frescoes had been covered, the artist sandblasted the wall to reveal the original artwork and then selected paint colors for his work that would match.

See more of Rone’s street art portraits on his website.

All images via Rone.

Mesmerized by this mural project?