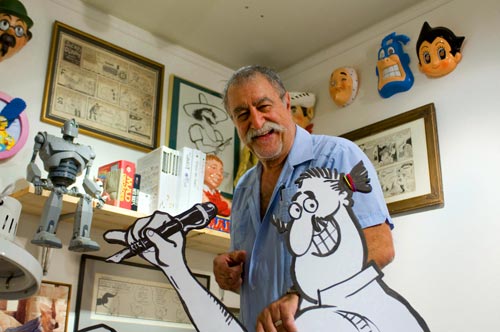 One of my most favorite things to do, here at theMET, is find out about art shows that reveal life stories. If you make your way to Ojai Museum from August 13 to October 4, 2009 you'll not only get to see a creative environment, you'll feel like you've “walked right into Mad magazine.” Here you'll find a retrospective exhibit with world famous MAD Magazine cartoonist and Ojai resident, Sergio Aragons.

Sergio Aragons Domenech is a cartoonist and writer best known for his contributions to Mad Magazine and creator of the comic book Groo the Wanderer. Groo was one of the first widely successful creator-owned comics, one of the few successful humorous comic books (outside Archie Comics) during its time, and one of the longest running collaborations in comic book history.

“My cartoons are always in equilibrium,” says Aragons, arching his bushy eyebrows over round-rimmed glasses and a formidable Zapata mustache. “They do what I want them to do. They're very obedient.”

“The viewer feels comfortable,” continues the artist, a tall, solidly built, still-handsome man in shorts, sneakers and a sky-blue guayabera shirt, with a small graying ponytail that jiggles like a nervous question mark when he laughs. “It's a natural, subliminal encounter with a little universe. And the people who look at my comics, they get hooked. And I think it's because of the attention to detail.”

Here is some of his work: 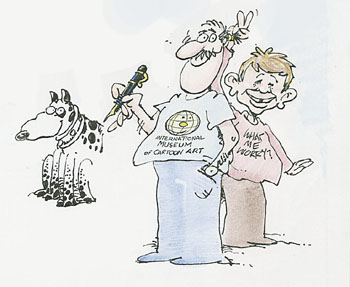 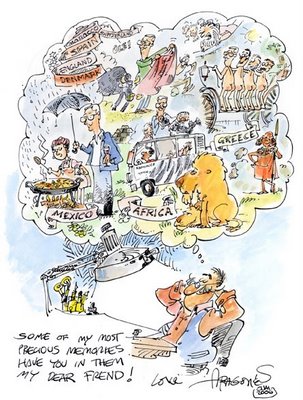 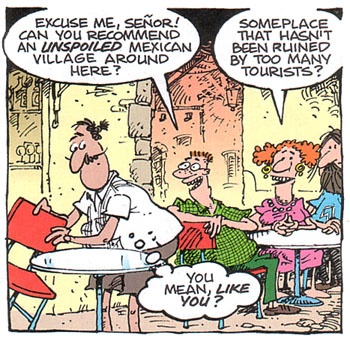 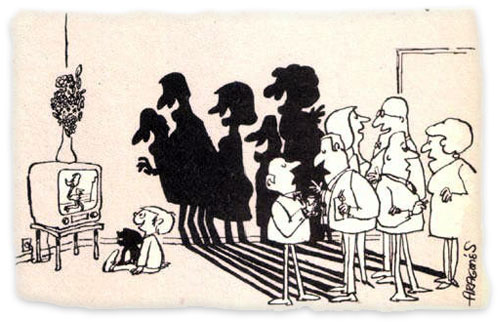 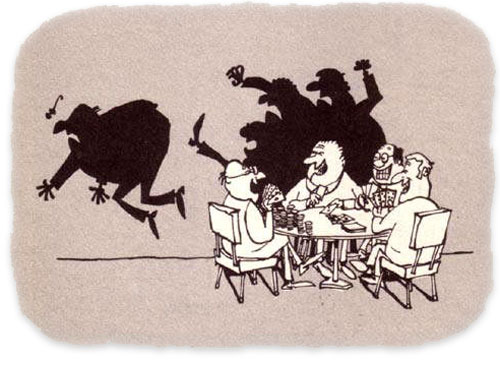 Opening Reception – Saturday, August 22, 5-7 pm
$25 per person
By reservation only