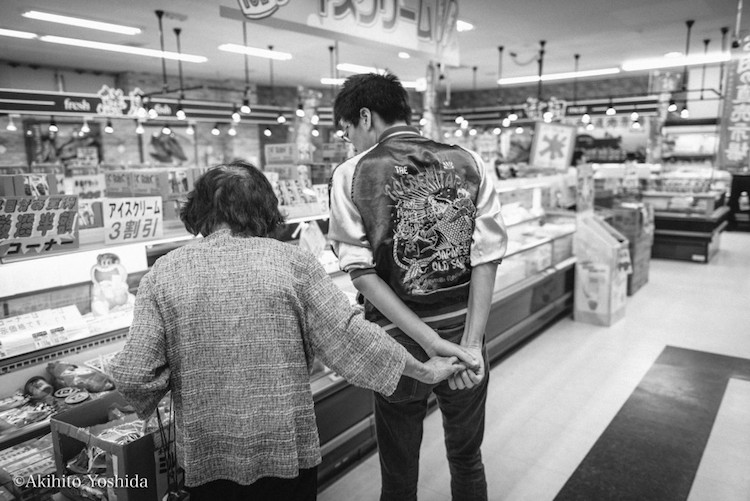 When an aging parent shows signs that they need a full-time caregiver, it’s often family members who step up to help. Many times, this falls on the individual's son or daughter. But in the case of photographer Akihito Yoshida’s grandmother, his younger cousin was the one to take care of her. Born in 1990 and 1928, respectively, the more than 60-year age gap proved no matter; the two did everything together, from shopping to bathing rituals. “I grew up basking in the love of my grandmother,” Yoshida’s cousin told him, “so it’s only normal that I care for her until her death.”

Yoshida discovered this special relationship while visiting them in their small rural town in the Miyazaki prefecture of Japan. Armed with his camera, he asked if he could snap pictures of them. The two agreed, and Yoshida captured the candid family portrait photography. This was the start of periodic trips to see his grandmother and cousin. Each time, he would document a new facet of their deep connection—like something as simple as holding hands together in the supermarket. Yoshida’s plan was to photograph them until his grandmother’s death.

Before Yoshida could see his planned project through, something unexpected happened. In 2014, the cousin disappeared without a trace—no notes or clues left for friends and family. When people tried to reach him through phone or email, they were unsuccessful. For a year, the grandmother diligently waited for her grandson’s return, often looking out the window and hoping to catch a glimpse of him finally coming home.

Unfortunately, Yoshida’s grandmother would never see her grandson alive again. At age 23, his body was found under the leaves along a hillside. Devastated by this news, his grandmother mourned for another year before passing away.

The circumstances surrounding this family photography project gave Yoshida pause as he contemplated publishing the series. Although the two had enjoyed being photographed and gave him permission to depict their lives, it didn’t feel quite right to release the images. Ultimately, Yoshida decided to move forward with the project, which he calls Fallen Leaves, as a way to start a dialogue about what he captured and the love that existed. The result is a poignant celebration of life and the seemingly unbreakable bonds of familial love.

Falling Leaves will be released as a book in the summer of 2017. It'll be published in a limited edition of 111 copies—the combined number of years that his cousin and grandmother lived. 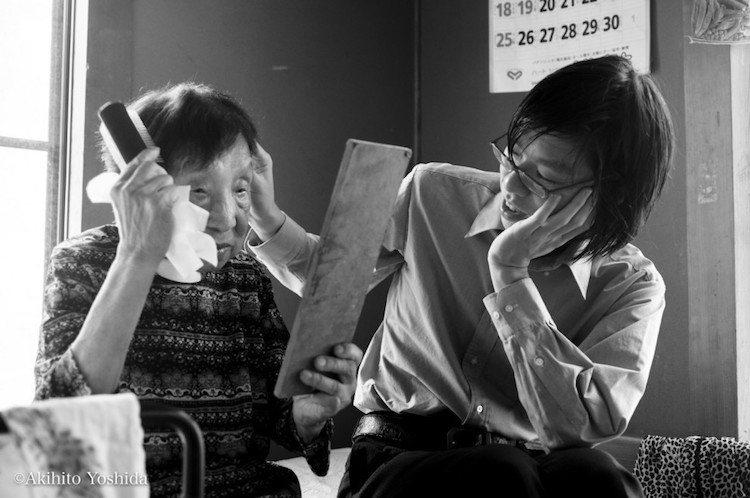 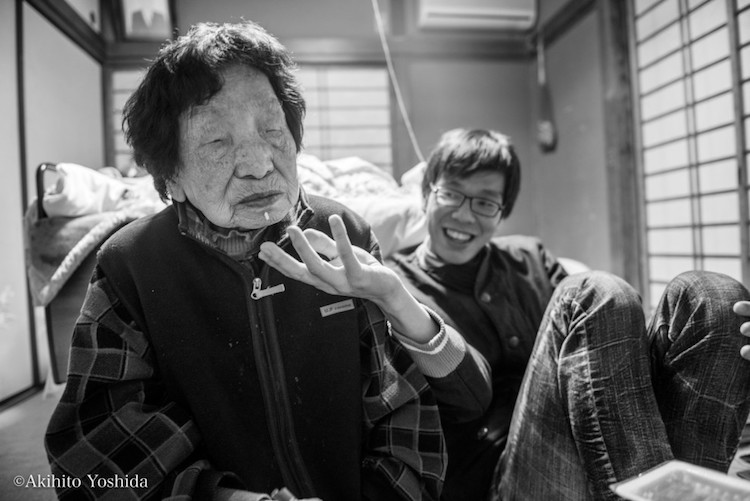 The cousin was born in 1990 and grandmother in 1928, and he took care of the older woman. Through black and white portrait photography, Yoshida documented the small moments in their lives. 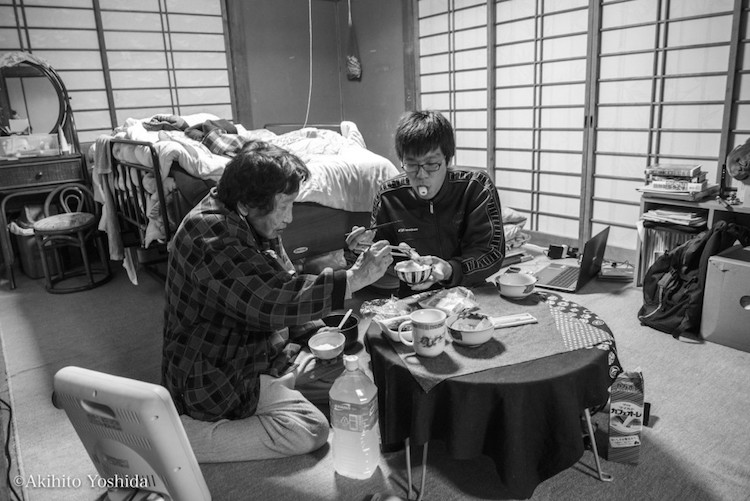 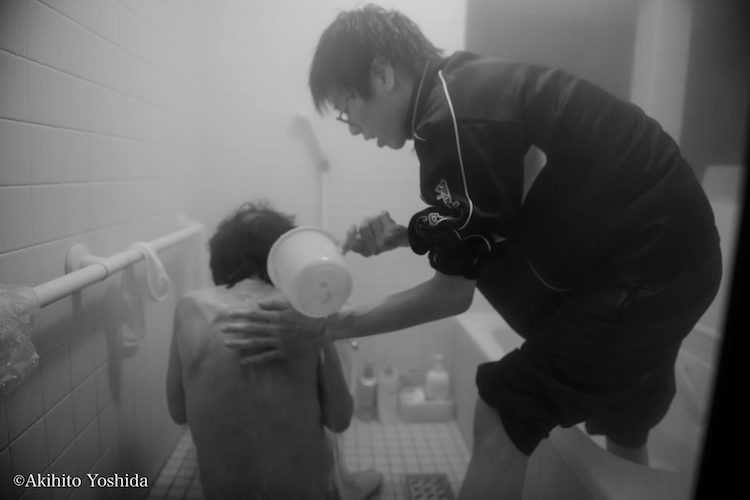 After beginning the series, called Fallen Leaves, the unexpected happened: his cousin disappeared and was later found to have taken his own life. A year later, the grandmother followed. 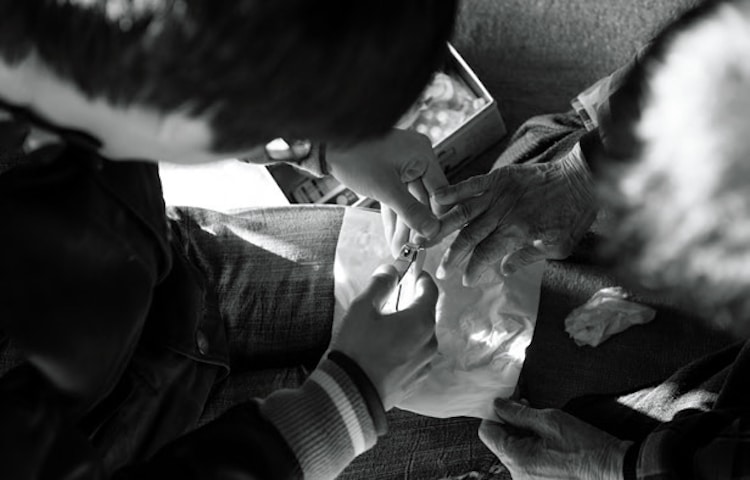 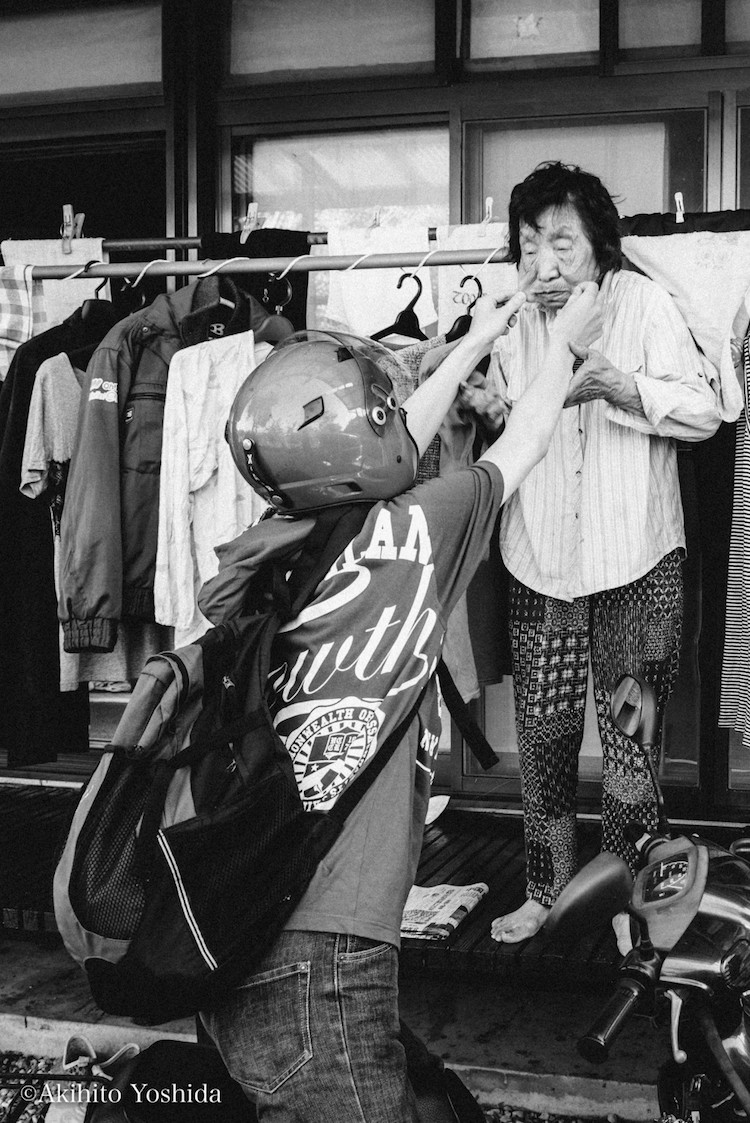 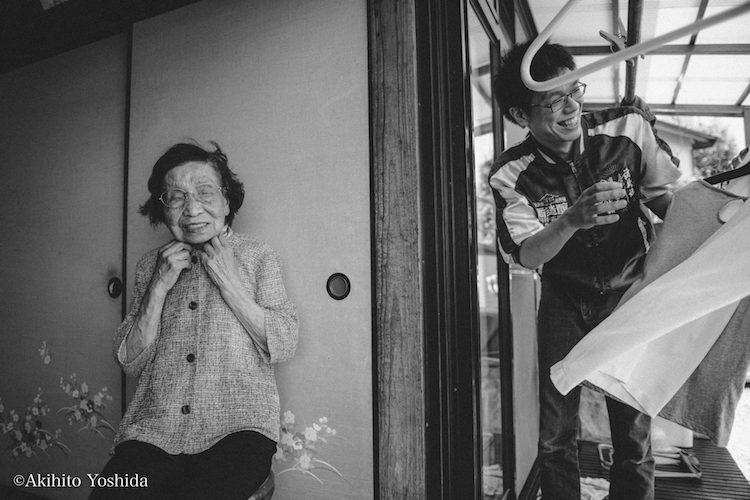 All images via Akihito Yoshida.