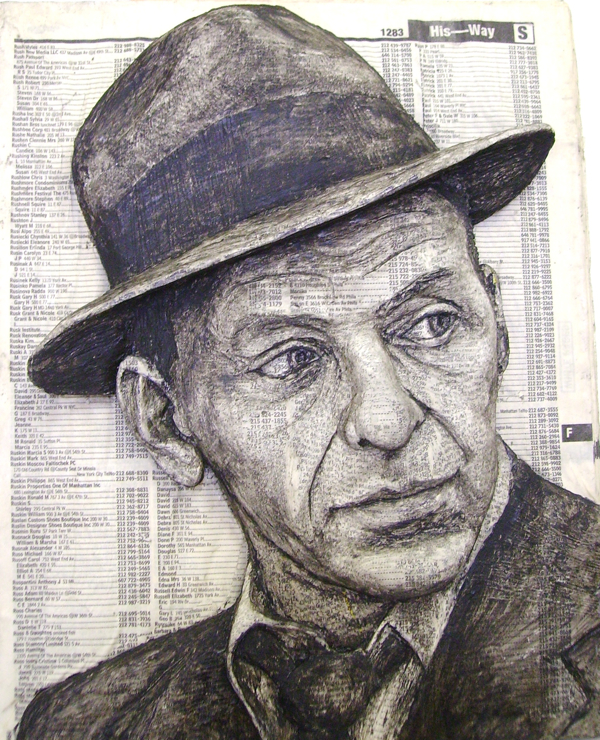 Back in 1995, Alex Queral was just an undergraduate at the University of Washington in Seattle who loved to paint. What he enjoyed the most was creating self portraits using a “heavy impasto technique,” which required a lot of paint and sometimes even wax to make the faces a bit more sculptural. Suddenly, he hit a wall. Queral was using so much paint that it was costing him a fortune. As luck would have it, one day, he found a big block of Styrofoam from which he carved out a face for the first time. “I didn't like using the Styrofoam, however,” he says, “and on another day noticed a stack of old phone books outside waiting to be recycled. It occurred to me that they were not unlike blocks of very soft wood and there it all began.”

As they say, the rest is history.

Using an entire phone book and some black paint (to bring out the detail), he now creates these three dimensional “relief sculptures” depicting famous faces. Why? “I started using well-known faces simply because they were much easier to find in the media, not necessarily because I am a fan of a particular person depicted,” he explains. “I like the challenge of trying to capture a well-known face, especially one that I have been familiar with for a long time. I also like the juxtaposition of a well-known face with the anonymity of the listing of names, adding an additional layer of meaning by contrasting the anonymity of the listings with the famous face.” 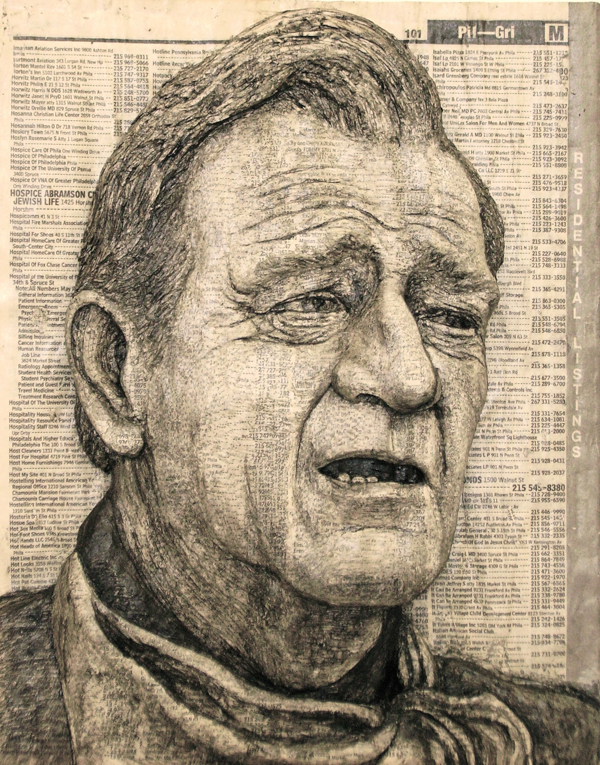 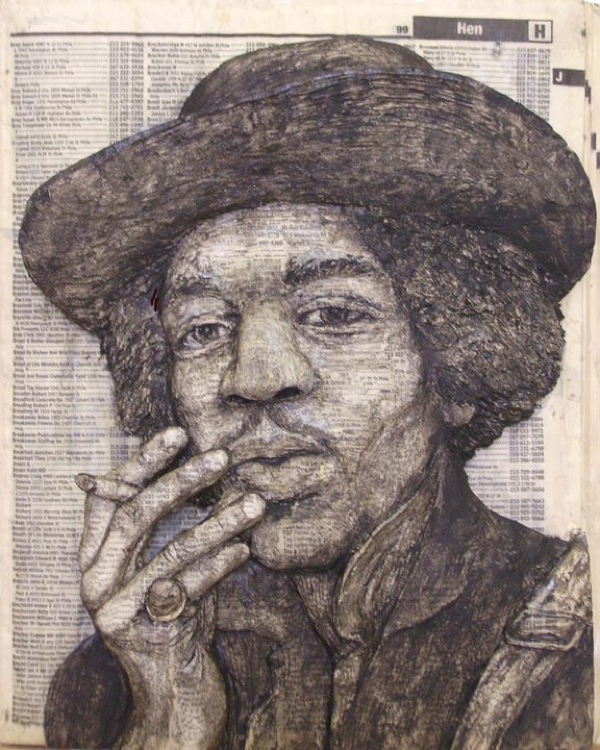 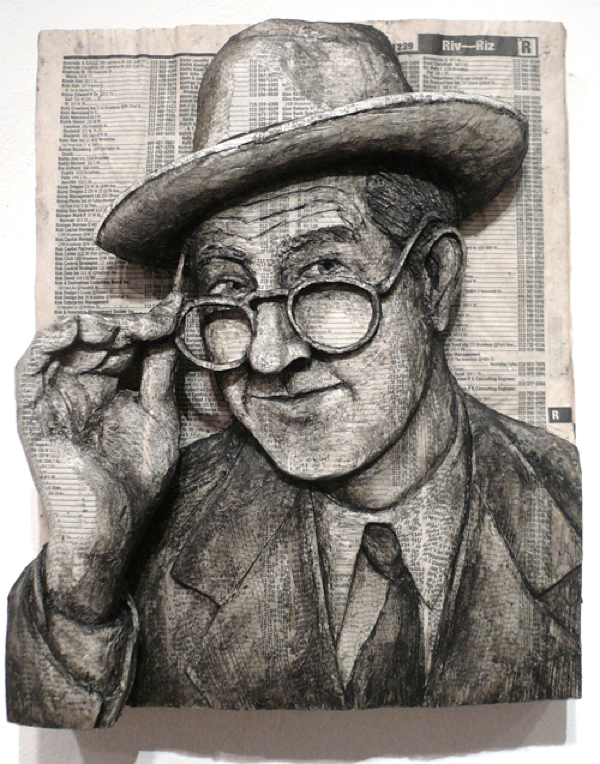 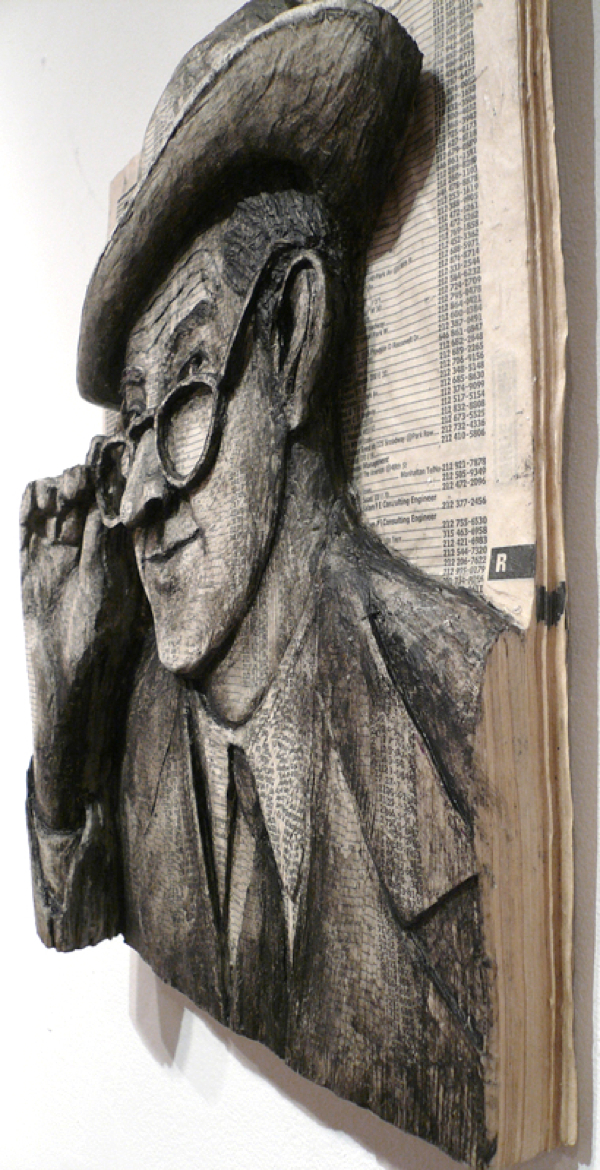 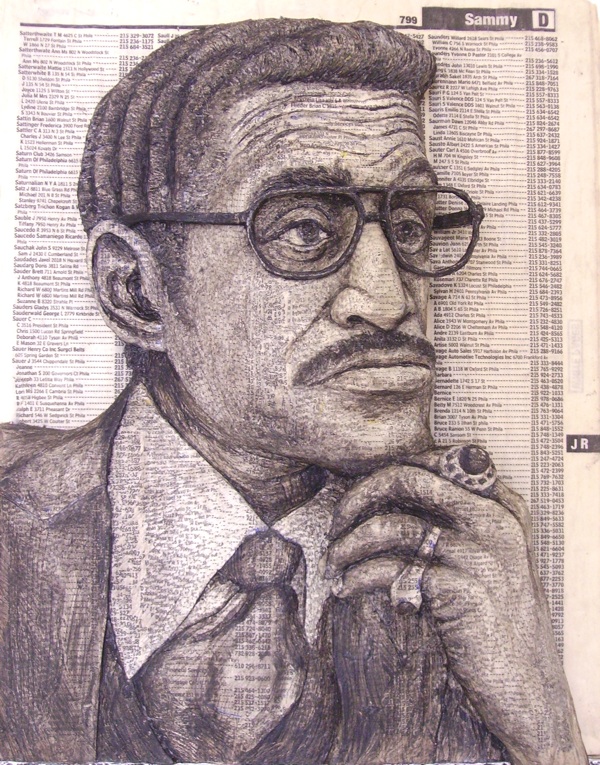 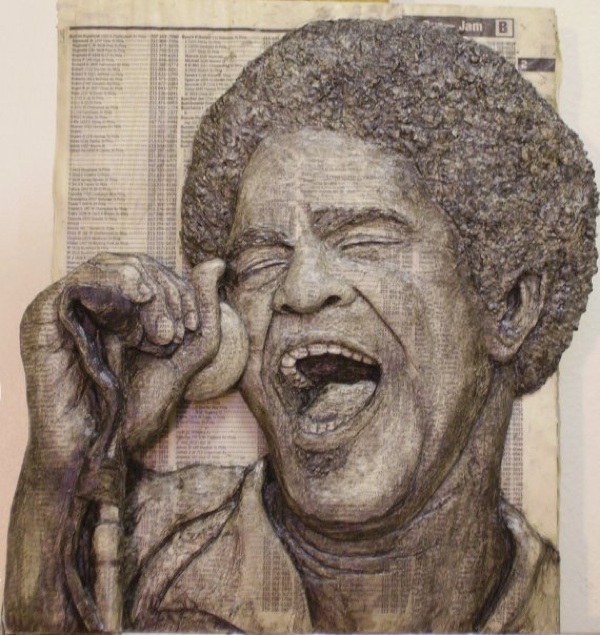 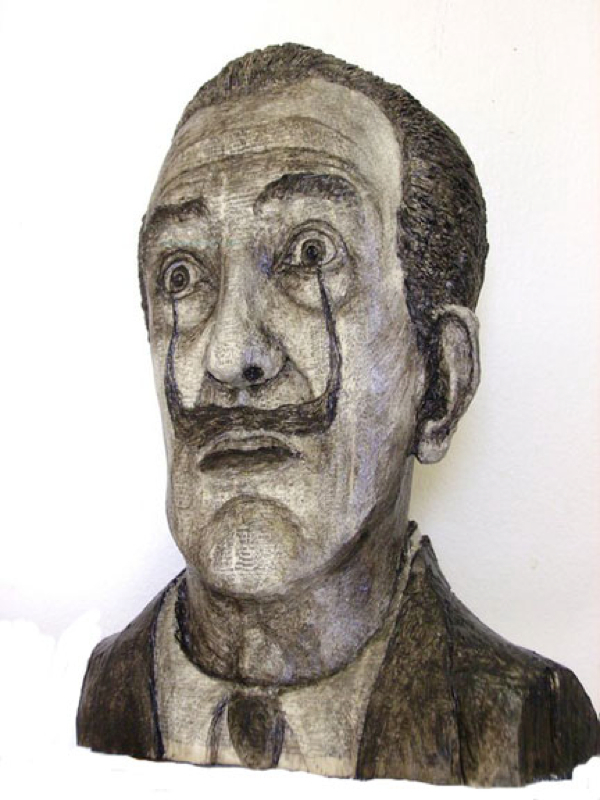 In addition to these phone book portraits, Queral has another body of work that is purely painting which can be found here and here.