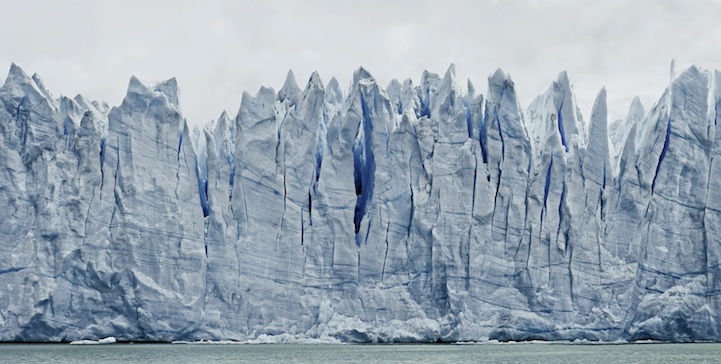 Sean Kelly gallery in New York is presenting an impressive new body of work by photographer Frank Thiel that shows the massive glacial ice formations in Patagonia, Argentina. The show, called Nowhere is a Place, takes its name from a book co-written by Bruce Chatwin and Paul Theroux in 1992 about their impressions of the South American region. Thiel first visited Patagonia 15 years ago and then felt compelled to return, both in 2011 and 2012, to take these awe-inspiring images.

He captures the majestic beauty of the Perito Moreno Glacier, a hotspot tourist attraction due to its massive size. The glacier is 18-miles long and 3-miles wide with an average height of 240 ft above the surface of the water and a depth that can reach over 550 feet. Interestingly, it is only one of three Patagonian glaciers that is not retreating, rather it's in a state of equilibrium–neither advancing nor retreating.

Tourists can actually trek across this glacier in either short walks, that take about an hour and a half, or a long one that lasts about five hours. If you're lucky, you may even see and hear a truly astounding spectacle: blocks of ice rupturing and floating away as icebergs.

The exhibition includes a 30-foot long, five-panel photograph of the leading edge of the Perito Moreno glacier (see immediately below). Thiel wanted the photographs to be large to, according to the gallery, “give the viewer an understanding of the imposing physicality of the glacial configurations and to see the seemingly endless variations in tones – from deep blue to slate grey – of the ice wall.” You can see this breathtaking image and more from January 31 to March 22 at Sean Kelly in New York. 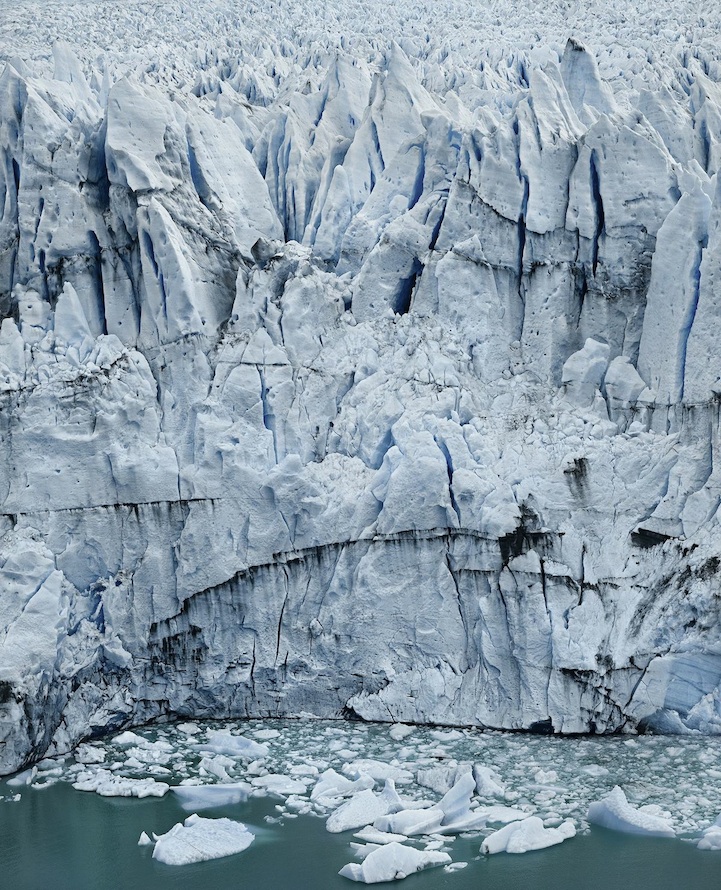