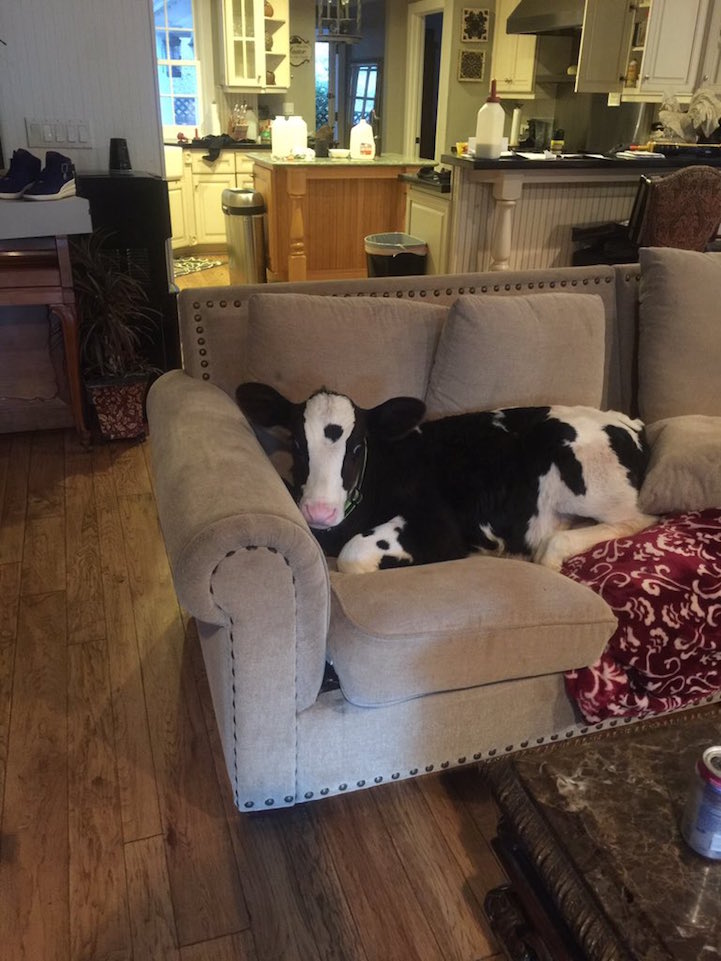 An adorable calf named Goliath seems to have learned a thing or two from his Great Dane friend Leonidas. When he was born, young Goliath was extremely sick and wasn't even strong enough to drink from a milk bottle. To give him the care he needed, Shaylee Hubbs adopted him and worked hard to nurse him back to health. The family dog Leonidas also contributed and took a liking to the cow. “He would lick the little cow on the face and try to nudge him to stand up,” Hubbs told CountryLiving. “He would lay down with the sick little cow for hours just to keep him company. The Great Dane and [Goliath] became the best of friends.?”

One morning, Hubbs left the house for a few minutes so that she could feed the family's barn animals. When she returned, Goliath was nowhere to be found. “We panicked and looked all around the house and checked for any open gates,” Hubbs explained. “Everything seemed in order. Then we walked into the house and look who we found lounging ever so comfortably on our couch–Goliath!!! This was triumph and victory, a nice comfortable place on the couch!?” She also mentioned that the cow loves to munch on dog food and be scratched underneath his chin.

Once they located Goliath on the couch, Hubbs snapped a photo, posted it online, and the internet instantly fell in love with the cow who has a dog-like disposition. 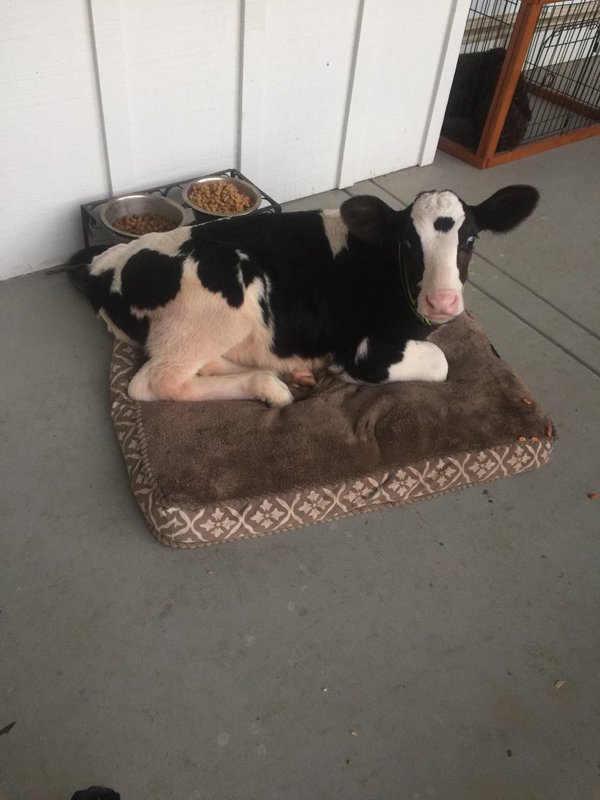 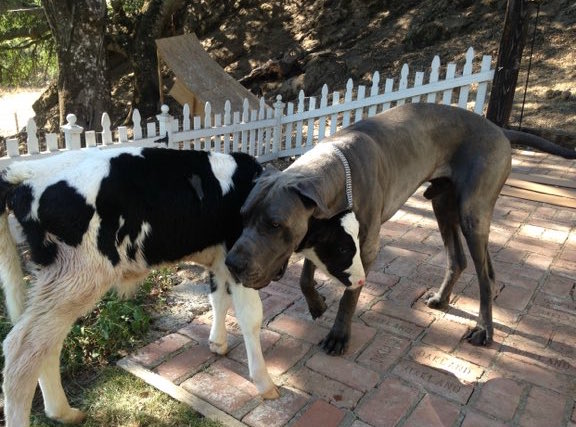 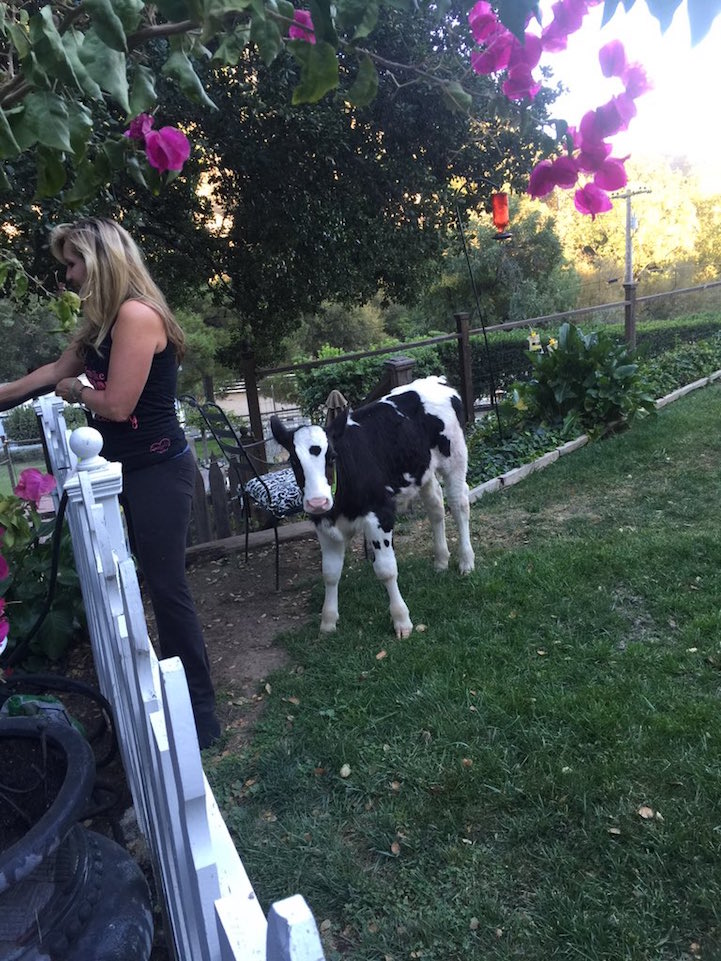 All images via Shaylee Hubbs.